Most people recognize Madelyn Renee Cline because of her work on the Netflix drama series Outer Banks. She plays the role of Sarah Cameron in the action-adventure mystery teen drama series.

Along with this, Cline has also starred in some other movies such as Boy Erased, This Is The Night, and What Breaks The Ice. In addition to this, she has also appeared in a few hit shows like Stranger Things, Vice Principals, Day by Day, The Originals, and The Jury. Madelyn Cline has become a popular actress over time, with more than 12.5 million followers on Instagram to prove it, her fans are very excited to learn what her personal life looks like behind the scenes. Continue reading further to know everything about the love life of the Hollywood actress and model.

Is Madelyn Cline single or ready to mingle?

It seems like Madelyn Cline is off the dating market for now. Earlier this year in June, Madelyn Cline sparked romance rumors with Olivia Jade’s ex Jackson Guthy. At that point in time, the Netflix star and the singer-songwriter were spotted out and about in public together not once but twice in Malibu, California.

At first, Madelyn and Guthy were snapped together in public on June 26, 2022, while they were grocery shopping. Then, the two of them were photographed by the paps a couple of days later. 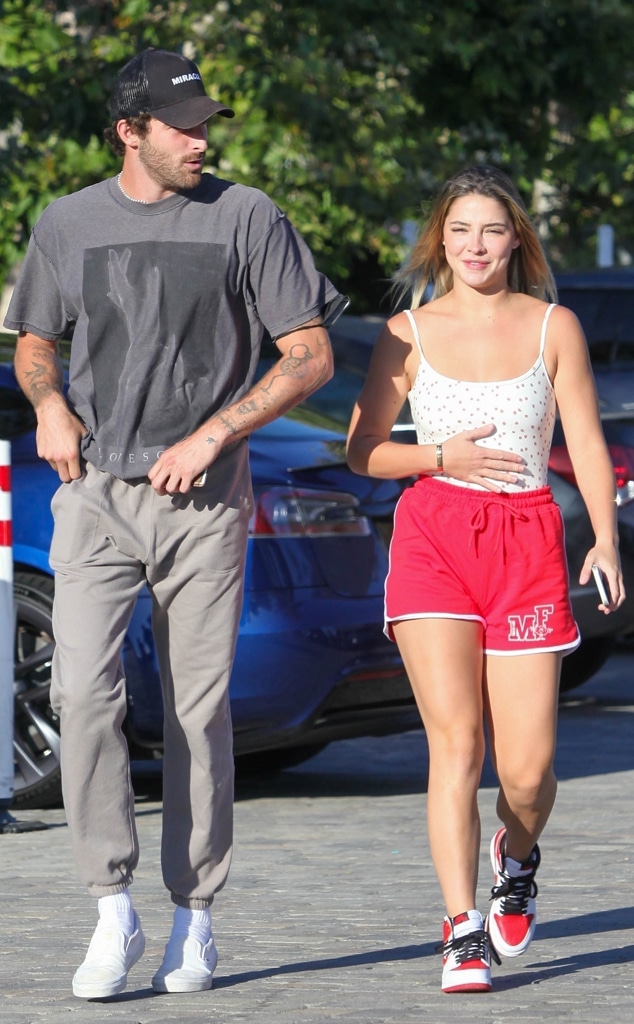 Cline and Jackson were spotted together for the second time on June 30. They were seen spending some time together in the Southern California beach town while meeting up with friends in Malibu.

During their second outing, the Outer Banks star donned The New P.E. Baby Tank by The Mayfair Group. On the other hand, when we talk about Jackson, he wore a grey t-shirt with matching shorts and Vans checkered sneakers. 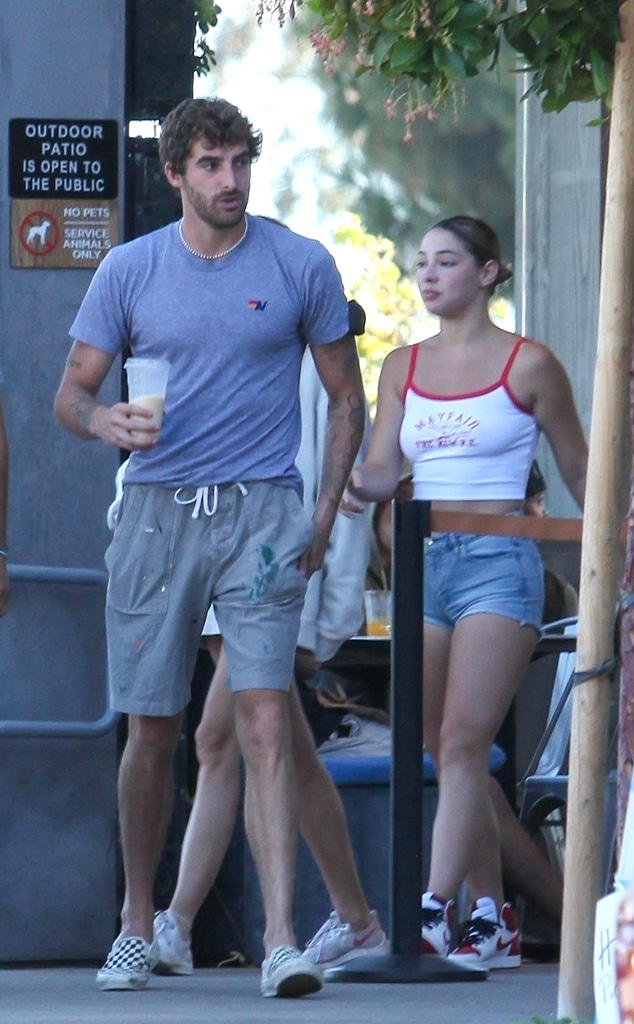 As of right now, neither the Hollywood actress nor the musician has made any official comment on the nature of their relationship. Their latest appearance came nearly a month after the two of them sparked romance rumors. Then, they were snapped enjoying a casual lunch together in Malibu.

Jackson was previously linked to Olivia Jade Giannulli, the daughter of fashion designer Mossimo Giannulli and actress Lori Loughlin. The former couple dated on and off for nearly two years before pulling the plug on their relationship in the year 2021.

Yes, you read that right. Madelyn Cline was previously romantically linked to her Outer Banks co-star Chase Stokes. The two of them played star-crossed lovers Sarah Cameron and John B on the Netflix drama series Outer Banks.

Madelyn and Chase met each other for the first time a couple of weeks before filming for season 1 of Outer Banks began. The show premiered on the streaming giant Netflix on April 15, 2020. And soon afterward, the dating rumors of the pair began swirling in the air. The two of them didn’t confirm their romance till July 2020. During an interview with Entertainment Tonight, Madelyn said, “The show coming out was already a pretty big life change. I think we were just wanting to kind of give it some time and enjoy it while it’s new and fresh and just kind of keep that to ourselves.”

Then, Madelyn and Chase starred in a music video together. In November 2020, Cline confessed she was in love with Stokes. Then, she told Entertainment Tonight, “It’s really cool. Love is tight. It’s cool to share this experience with your favorite people and also your favorite person … I feel very happy.”

The two lovebirds celebrated their first anniversary together on April 4, 2021, with beautiful Instagram posts. They made their red carpet debut in matching bright red outfits at the MTV Movie & TV Awards in May 2021. Chase and Madelyn dated for more than a year before calling it quits in November 2021. At that time, a close source told People magazine, “Madelyn and Chase are no longer together. They were trying to work things out privately but broke up a couple of months ago.”

An insider also told Us Weekly, that it was the couple’s busy schedules that made it hard for them to schedule time together. In February 2022, the two of them sparked reconciliation rumors after Chase posted a cast photo in which he and Madelyn were smiling and walking hand-in-hand.

In March, Cline shut down the reconciliation rumors of the former couple. During an interview with Us Weekly at the 30th Annual Elton John AIDS Foundation Academy Awards Viewing Party on March 27, 2022, she said, “It was our start of filming.” Did Madelyn Cline date Zack Bia after her split from Chase Stokes?

After her split from her Outer Banks co-star Chase Stokes, Madelyn Cline was rumored to be dating DJ and record executive Zack Bia. Shortly afterward, Zack addressed the dating rumors of the pair.

While making an appearance in an episode of the BFFs with Dave Portnoy and Josh Richards podcast on January 13, 2022, Zack was asked by the hosts of the show whether he and Madelyn were more than friends. Then, Zack denied the dating speculations of him and Cline and said, “We are not dating. We hang out all the time.” Bia further added, “I think, as someone like herself who is extremely busy and is going to start traveling—she’s on set five months out of the year—she has such a busy schedule and I think I have such a busy schedule. It is one of those things where we really enjoy hanging out and enjoy going to dinner. ”

Do you think Outer Banks co-stars Madelyn Cline and Chase Stokes are meant to be together? Kindly let us know your thoughts on the two of them in the comments section below. Don’t forget to stay tuned with us for the latest updates from the world of showbiz.