Is there something cooking between the Selling Sunset alum Jason Oppenheim and model Marie-Lou? The two of them sparked dating rumors after they were spotted packing on the PDA on their trip to Greece.

Not long ago, the reality TV star talked about his personal life. Keep reading further to learn more about the current relationship status of Jason Oppenheim and Marie-Lou. Recently, the 45-year-old shared a quick update about his love life. During an interaction with People magazine, he spilled the beans on his personal life and cleared out whether he is single or taken.

Oppenheim also didn’t shy away from talking about the lovey-dovey pictures of the pair that surfaced online from their trip to Mykonos and he told the magazine, “I mean, we’re talking. I like her and maybe I’ll see her soon.” Jason further added, “It was exciting to meet someone and it felt good and we’ll see where it goes, but it is kind of nice.” He was also asked about how it feels like dating after his split from Chrishell Stause, to which he replied, “Super. I’m in a great space.”

When did Jason and Marie-Lou spark romance rumors?

The duo sparked dating rumors a few days ago when the two of them were snapped sharing a kiss on a crowded street. Soon afterward, the model also posted a picture of the pair on the social media platform Instagram.

In the picture, Marie-Lou had her arm around the reality TV star. She simply captioned the snap, “Selling Sunset season 6 coming soon.” 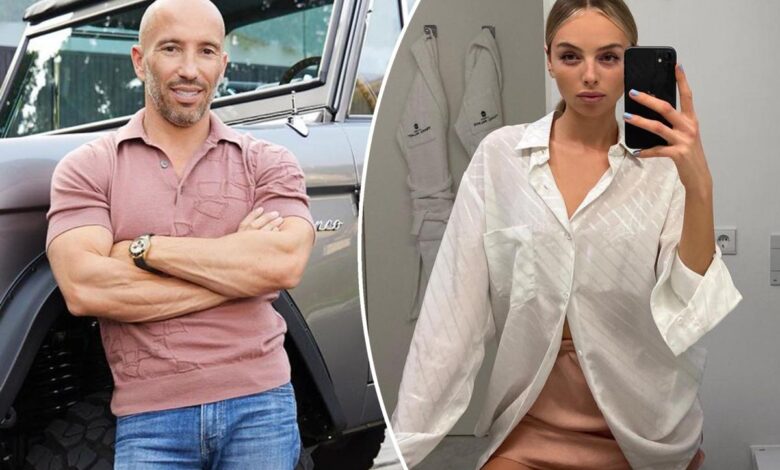 Before being romantically linked to Marie-Lou, Jason was in a relationship with Chrishell Stause. The two of them had been co-workers and good friends for a long time before they started dating.

Jason and Chrishell met each other for the first time when she started working for The Oppenheim Group in 2018 after she got her real estate license. They went public with their romance in July of 2021.

The former couple made their red-carpet appearance at the Shang-Chi and The Legend of The Ten Rings premiere in Los Angeles. They called it quits in December of the same year before Christmas. Jason also talked about his ex and said, “I was out with Chrishell last night for her birthday, had an amazing time with her. I love her, I think she’s fantastic. We’re as close as ever. We were really good friends before we were together and I think we’re really back in that great place.”

He also elaborated on what fans can expect from season 6 of the show Selling Sunset. He continued, “I’m happy. I’m looking forward to seeing everyone more. I think we’ve got a lot of exciting real estate that we’re filming and just a lot of cool stuff, so it should be fun.”

Do you ship Jason Oppenheim and Marie-Lou as a couple? Kindly let us know in the comments section below. Don’t forget to stay tuned with us for the latest updates from the world of showbiz.