Is Honey Boo Boo Dating Dralin Carswell? All About her Love Life

Is Mama June’s baby daughter Honey Boo Boo aka Alana Thompson in a relationship with someone or is she single and all ready to mingle? Read the article further to find the answer to the above question. Let’s clear the air once and for all. Alana has a boyfriend. She is rumored to be dating Dralin Carswell and we must say that the couple is going pretty strong. Over time, the duo has been trolled over their 4-year age gap. Thompson is just 16 years old, on the other hand, her BF Carswell is 20 years old. As per the reports she had been dating the college student since 2021. The rumors of Alana dating Dralin began swirling in the air in September of 2021.

All about the pair’s recent outing

The two of them were spotted holding hands all out and about in public on Tuesday. The Toddlers and Tiaras star was photographed by the paps while she was taking a walk with her boyfriend Dralin near her home in McIntyre, Ga.

In the photos that surfaced on the internet, the lovebirds can be seen twinning as they wore all-black outfits and teamed them with white pair of shoes. Thompson let her hair down, whereas her beau kept his hair in two buns. They seem to be giggling and posing in the pictures. 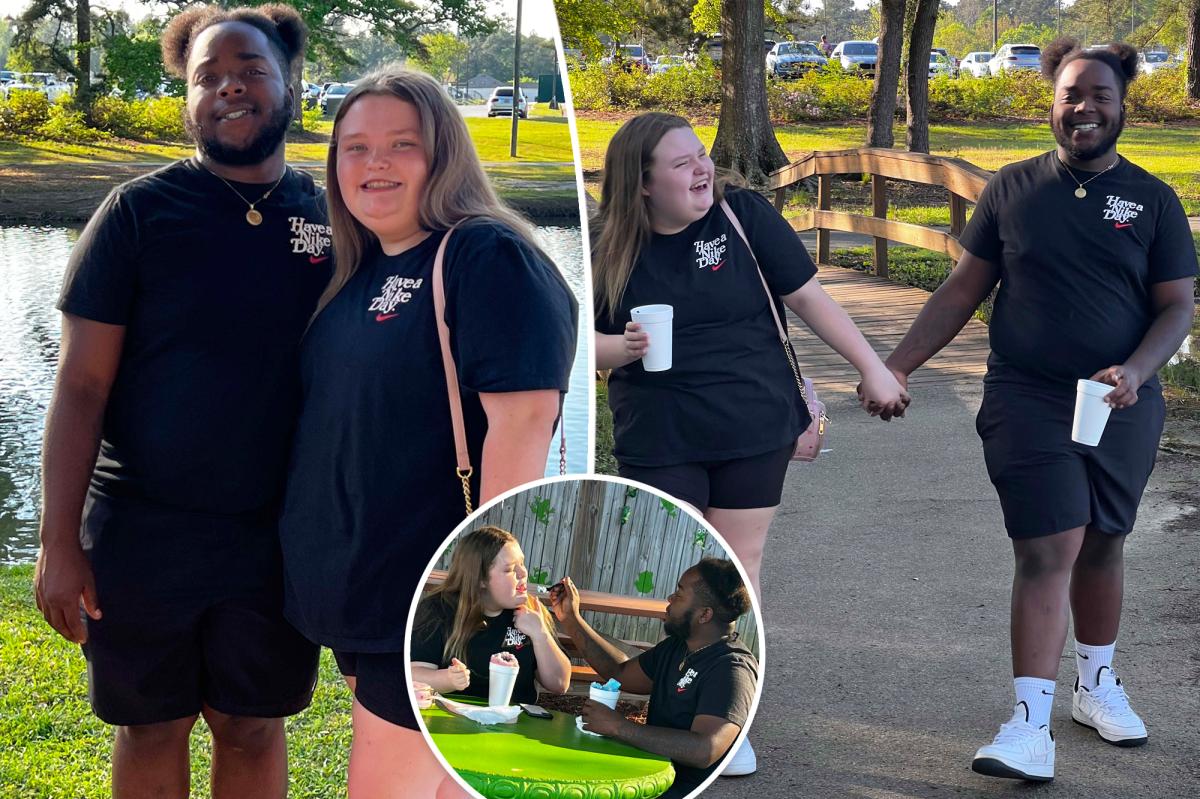 It looks like the duo was quite comfortable and happy in each other’s company. We witness Alana’s boyfriend Dralin feeding her ice cream from the local Frozen Frog store in one shot. They look cute together. They were also seen playfully posing behind a tree. What did the close sources have to say about the duo’s relationship?

During an interaction with The US Sun, an insider spilled the beans on the relationship of Thompson and Carswell. A close source said, “Dralin and Alana are attached at the hip and hang out together all the time.”

The source further added, “He was quiet at first, but he’s like one of the family now. He’s just as fun and crazy as the rest of them.” Honey’s mother June Shannon confirmed the relationship of the couple after her daughter shared a picture of the two on social media but later on Thompson deleted the post as her name was all in news due to the reason that she was dating an older guy. As of now, the pair stays in Georgia, where the age of consent is 16.

In an interview with Teen Vogue in August 2021, Alana talked about her relationship with Dralin in which she also stated that she doesn’t have any friends besides her boyfriend. Honestly, that is a really sad place to be in. She said, “To be honest, I do not have many friends. At all. I don’t trust nobody really, so I don’t have friends.”

We hope that Honey Boo Boo keeps smiling from the ear to ear in the future as well. Don’t forget to stay tuned with us for the latest updates from the world of showbiz.