The Euphoria star Chloe Cherry has been the talk of the town lately. The fans of the actress are assuming that she is preggers at the moment. Continue reading, to find out if Chloe is pregnant in real life or not. Is Chloe Cherry pregnant or not?

Let us clear all the pregnancy rumors of Chloe Cherry, once and for all, and set the record straight. Chloe is not pregnant. Not long ago, she did a photoshoot following which the rumors of her pregnancy began swirling in the air.

Recently, the 24-year-old shared a few snaps of herself from her tmrw magazine photoshoot which exhibited a baby bump this May. She dropped the baby belly pictures on the social media platform Instagram on May 28, 2022.

Chloe featured on the cover and an inside spread of the 44th edition of the tmrw magazine which also celebrates the 10th birthday of the magazine. It looks like Chloe is pregnant for real in the pictures. But she is not preggers, the baby bump was a prosthetic used for the photo shoot. Kudos to the prosthetic artist for doing such a fab job.

Cherry is one of the four stars who have been selected for the 44th issue of the magazine. Along with Cherry, Kid Laroi, Winnie Harlow, and IDK also have a cover. When purchasing the magazine, you can pick which of the stars you want on the cover. 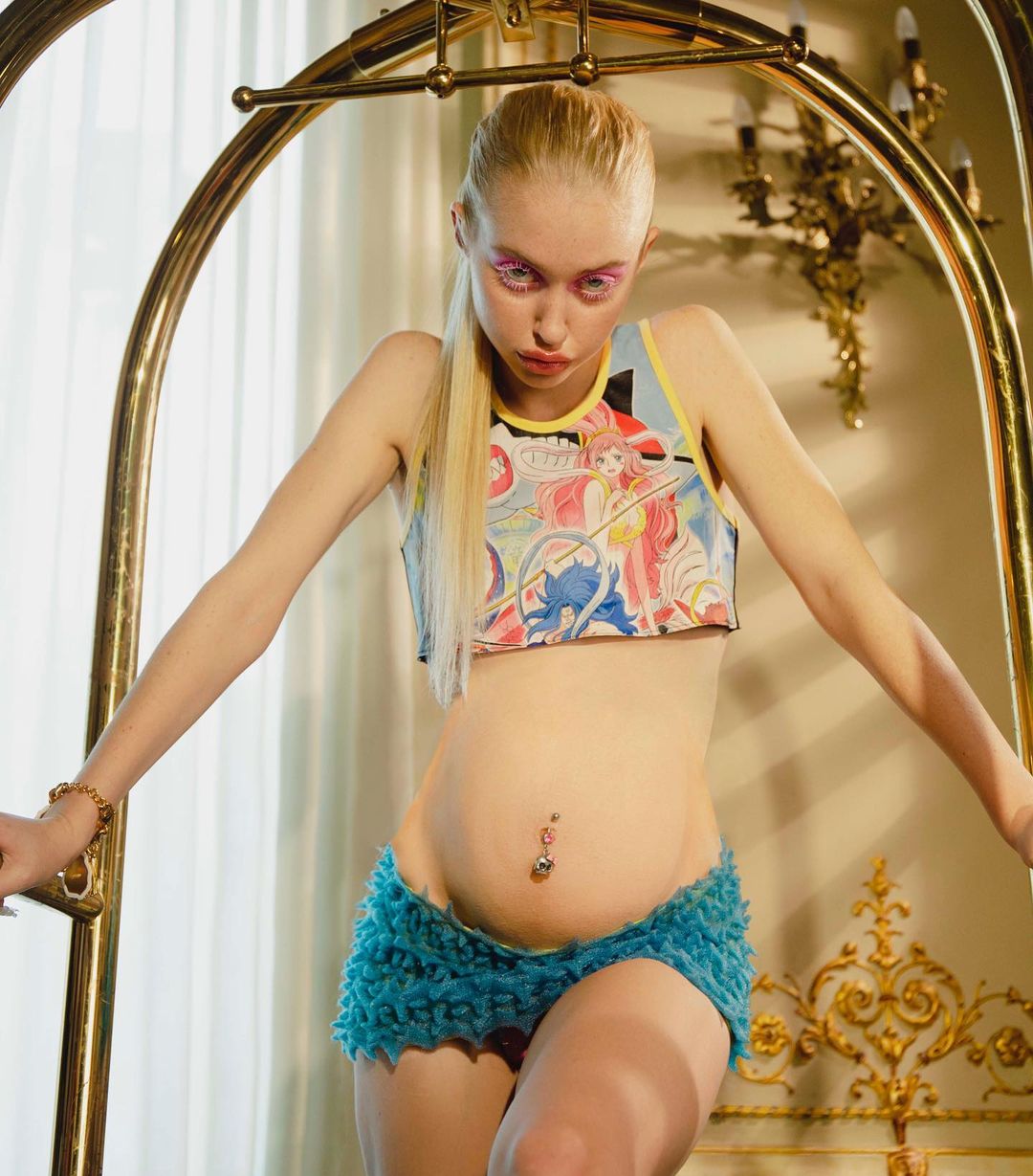 When did Chloe Cherry come into the spotlight?

Chloe was born on August 23, 1997, in Lancaster, Pennsylvania, United States. She is an American model, pornographic actress, and model. She was previously known as Chloe Couture.

In the past, Cherry described her upbringing as “very conservative and boring”. During her school days, she worked on the school’s yearbook, read morning announcements, and briefly managed a band. 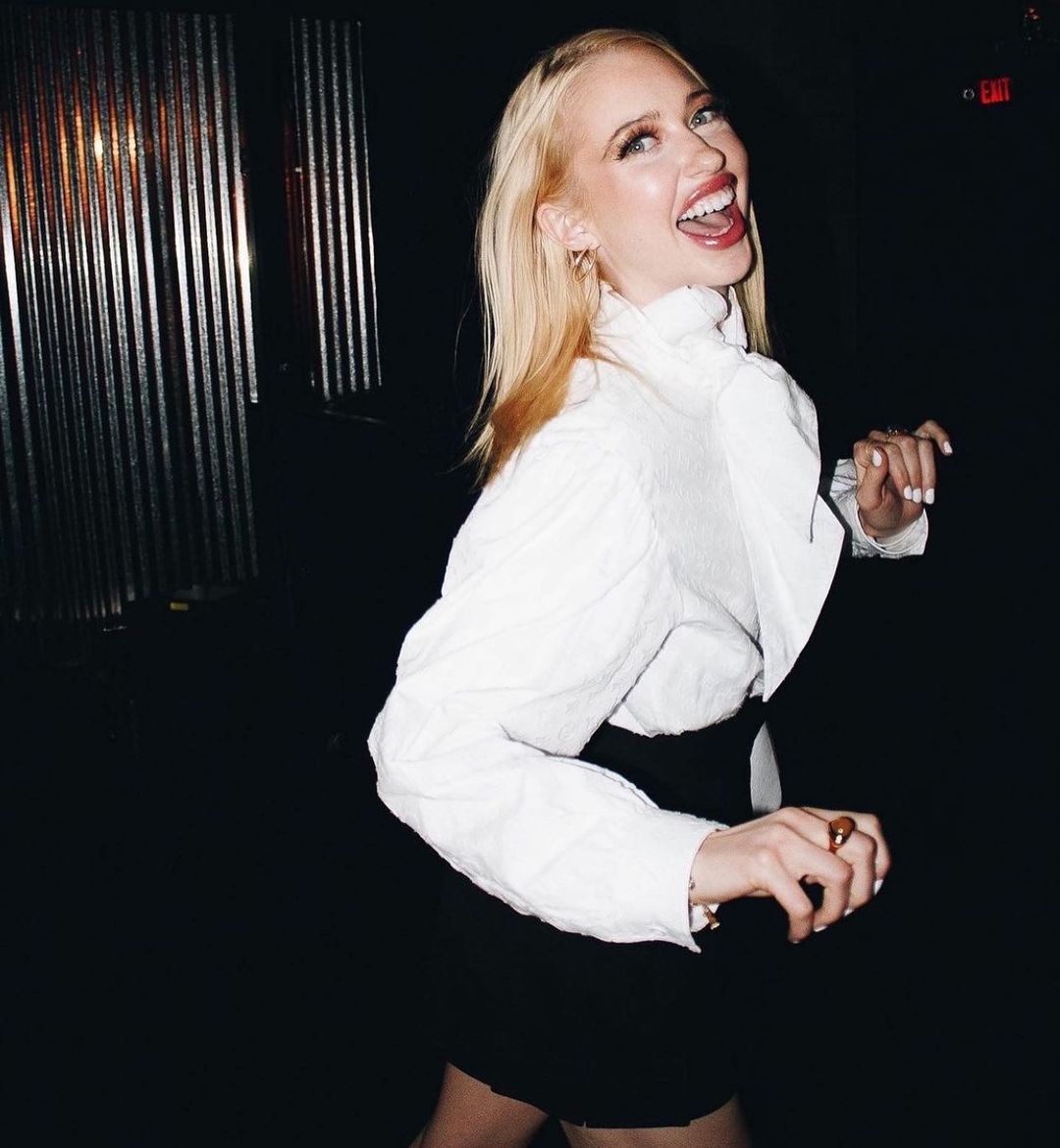 Chloe started her pornographic career in the year 2015 with Hussie Models and appeared in over 200 films. She caught the attention of the viewers after making her acting debut on the HBO teen drama television series Euphoria. She played the role of Faye, a drug-addicted prostitute in Sam Levinson’s show.

She changed her stage name from Chloe Couture to Chloe Cherry due to the confusion between her name and another Chloe Couture in 2017.

One user wrote, “Whoever did that pregnant belly on Chloe cherry deserves awards.”

Whoever did that pregnant belly on Chloe cherry deserves awards

Another user tweeted, ‘Not satisfied with this man’s reaction to being told that Chloe Cherry is pregnant…he said “who?”’

Not satisfied with this man’s reaction to being told that Chloe Cherry is pregnant…he said “who?”

Followed by a user who penned, “Oh my goood Chloe Cherry is pregnant.”

Another fan wrote, “is chloe cherry pregnant or is that just a killer prosthetic or something.”

These were a few reactions of the fans to the baby bump pictures of Chloe Cherry. Did you like Chloe’s cover for tmrw magazine? Kindly let us know in the comments section below.

You can buy the magazine right now by visiting the official website of tmrw magazine. Don’t forget to stay tuned with us for the latest updates from the world of showbiz.