Irina Shayk Comes in Support of Ukraine Amid Russian Invasion

Recently, the supermodel Irina Shayk showed her support towards Ukraine amid the Russian Invasion of Ukraine. We saw that on Tuesday, the army forces of Russia were going to destroy the Ukrainian capital of Kyiv.

Irina Showed Her Support to Ukraine; Posts on Instagram

On Monday, Irina took to her Instagram handle to put out her thoughts on the current situation of Ukraine. She posted a picture of the peace sign. She stepped forward to show her support for the people of Ukraine.

“No To War 🙏💔💔. I will be donating to @unicef and @redcrossukraine – Please check my stories for donation links and resources, give what you can. 💔 Praying for 🌏peace 🕊🙏🙏🙏”, the beauty captioned the post.

How was Irina’s life in Russia?

In the past, during an interaction with Vogue UK, the 36-year-old supermodel talked about her upbringing in Russia. She said, ‘I was born and raised in a town called Yemanzhelinsk, in the middle of nowhere in Russia. My father was a coal miner and my mom was a pianist – she couldn’t find a job, so she played for kids in kindergarten. It was a very simple life: one main street, no movie theatre, no restaurants.’

She continued, ‘In summer you grow vegetables and bury them, so in wintertime you have potatoes, carrots, everything, so you can survive. When I moved to New York, I was shocked that people go to the supermarket and buy potatoes. I was like, “That’s crazy.”‘ 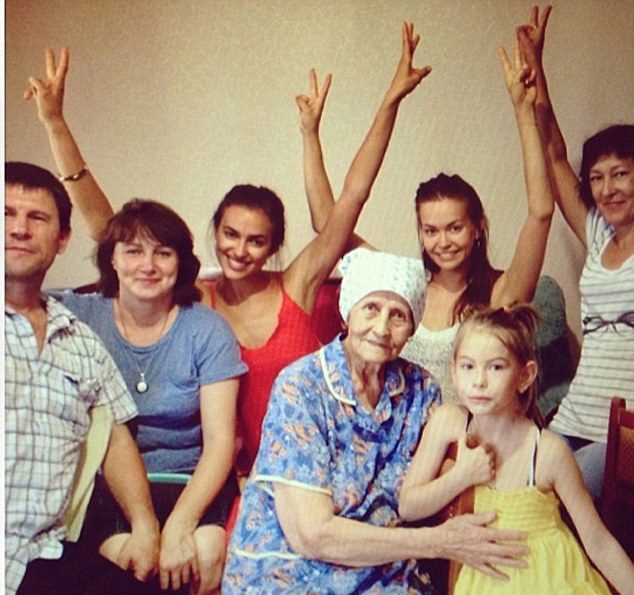 Shayk also opened up about losing her father at the young of 14. She further added, ‘He was the healthiest man alive, and at 44, out of the blue, he was coughing for a while then got pneumonia and died. Me, my mom, and my sister were left. Three women. We learnt how to early in life, even when we had a father, because in Russia you have to.’

She also posted a picture that stood for world peace on her Instagram story. Apart from Irina, many other celebs have like ‘Deadpool’ star Ryan Reynolds and his wife Blake Lively also volunteered to provide a helping hand to the people of Ukraine. 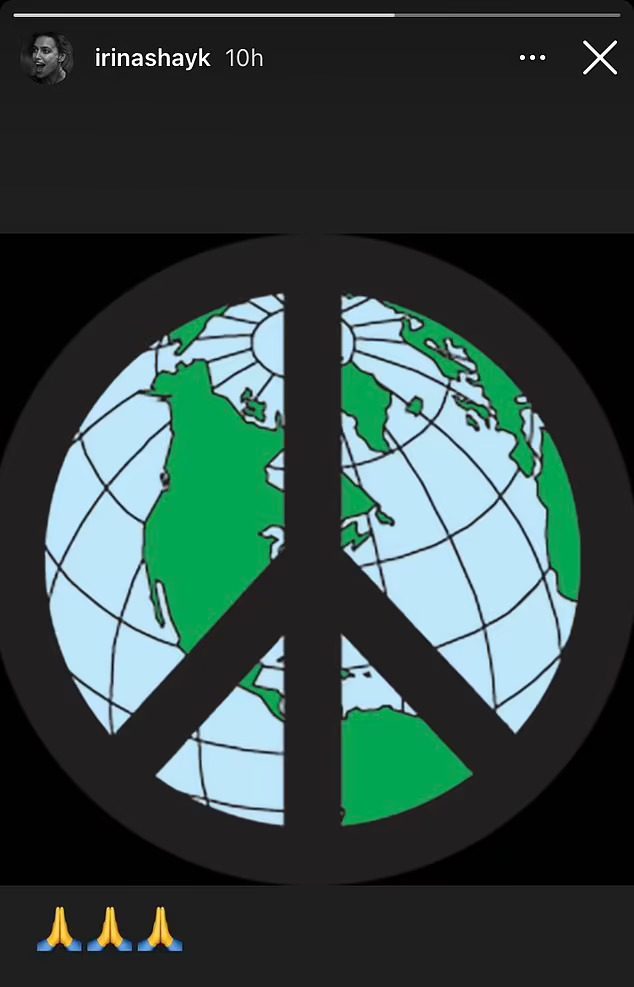 All about Shayk’s recent outing

After posting her thoughts on the current situation of Ukraine on social media. The runway model was seen out and about heading to a gym in Santa Monica, California. She went for an all-black outfit and completed her look with a pair of blue Yeezy Trainers. She wore black sunglasses, a necklace and was seen carrying a brown bag. 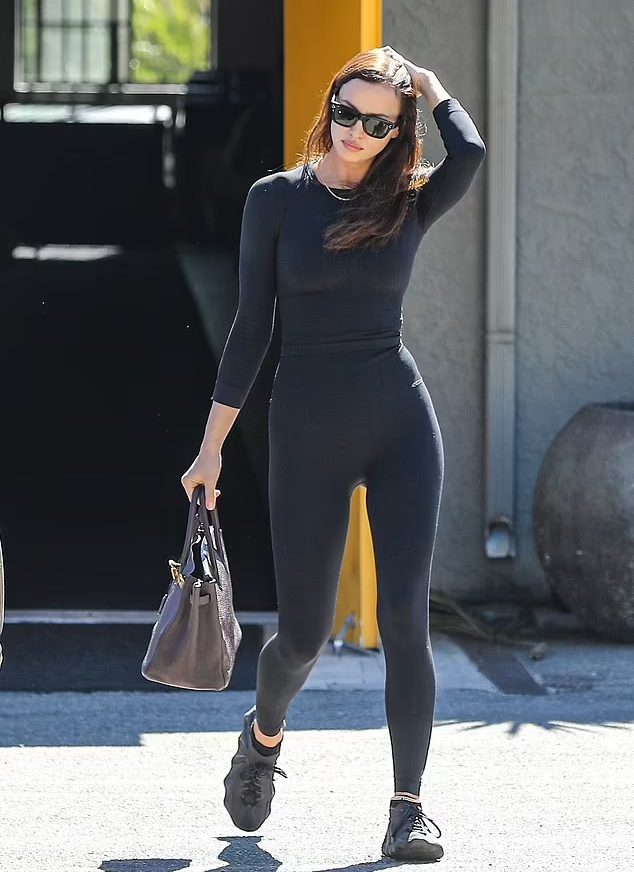 The true fashionista never fails to express us with her great sense of style and fashion. She has often been spotted with her daughter Lea in the public, the mother-daughter duo has also been seen twinning. She shares her daughter Lea De Seine Shayk Cooper with ‘A Star Is Born’ actor Bradley Cooper.

Currently, the situation in Ukraine is terrible. We can all do our bit to support the people of Ukraine by donating to the organizations of Ukraine. Stay connected for more updates on the Russia-Ukraine crisis.