Not long ago, The Vampire Diaries star Ian Somerhalder posted a throwback picture on the social media platform Instagram. Continue reading to catch a glimpse of the snap posted by the American actor. The 43-year-old took to his Instagram to share a throwback picture on the social networking service Instagram. He put up a shirtless picture of himself from the vault of the past on the photo and video sharing platform.

The photo shared by Ian is from the year 2004. Time has literally flown by fast. Like always, Ian is serving us with his perfect model looks and we ain’t the ones to complain. Photographer John Russo stopped by in the comments section of the post and wrote “You handsome bastard ❤️.”

When did Ian Somerhalder come into the limelight?

Ian Joseph Somerhalder was born on December 8, 1978, in Covington, Louisiana, the U.S. He went to Saint Paul’s School, a private school in Covington. He stepped into the world of modeling at a very young age. He started modeling when he was 10 and continued to model till 13. By the age of 17, he decided to begin acting.

In 2000, Somerhalder was cast in the short-lived WB series Young Americans, a spin-off of Dawson’s Creek. He played the role of  Hamilton Fleming, the son of the dean of a prestigious boarding school in the show. 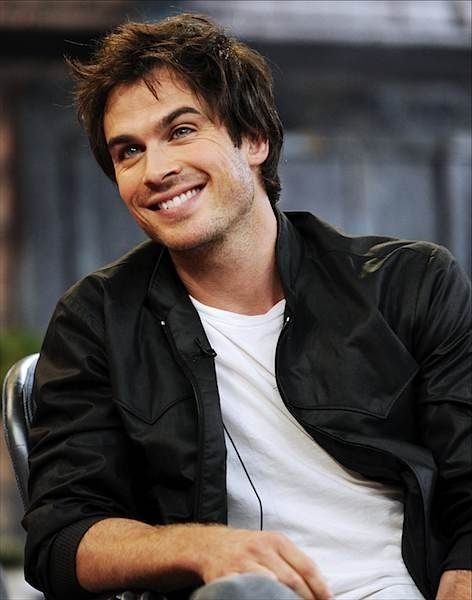 Later on, in 2002 Ian starred as Paul Denton, a bisexual character in Roger Avary’s adaptation of Bret Easton Ellis’ novel, The Rules of Attraction, alongside James Van Der Beek, Shannyn Sossamon, and Jessica Biel. The breakthrough point of his career came when he played Boone Carlyle in the hit TV show Lost.

In a 2005 media interaction, the Hollywood actor stated that being a part of a show like Lost was “the greatest experience” of “the greatest year of his life.” To date, he is best known for portraying Boone Carlyle in the TV drama Lost, and Damon Salvatore in The CW’s supernatural drama The Vampire Diaries.

Ian was romantically linked to his The Vampire Diaries co-star Nina Dobrev in the year 2010. The two of them dated for a total of three years before parting their ways in 2013. Soon afterward, he moved on with his life.

Somerhalder began dating actress Nikki Reed in the midst of 2014. The pair confirmed that they were engaged in February of 2015. These two lovebirds tied the knot on April 26, 2015, in Malibu, California. Ian and his wife Nikki welcomed their first child, a baby girl into the world on July 25, 2017. They named their daughter Bodhi Soleil. Every now and then, Nikki shares glimpses of her baby girl on the social media platform Instagram.

Are you a fan of the show The Vampire Diaries? Do let us know which season of the show is your favorite in the comments section below. Don’t forget to stay tuned with us for the latest updates from the world of showbiz.