Martin Scorsese’s 1973 mafia film Goncharov is creating a lot of buzz, five decades after its intended release. The film is being touted as the best film of the director, with many even calling it a genre-defining work. Goncharov is a story of corrupted power and loss set against an Italian cityscape.

Social media users are extensively discussing the poster, the theme song, and the cinematic brilliance of the film that starred Robert DeNiro, Al Pacino, Gene Hackman, and Cybill Shepherd. If you haven’t been able to watch the film till now, read on to know how you can stream the film. 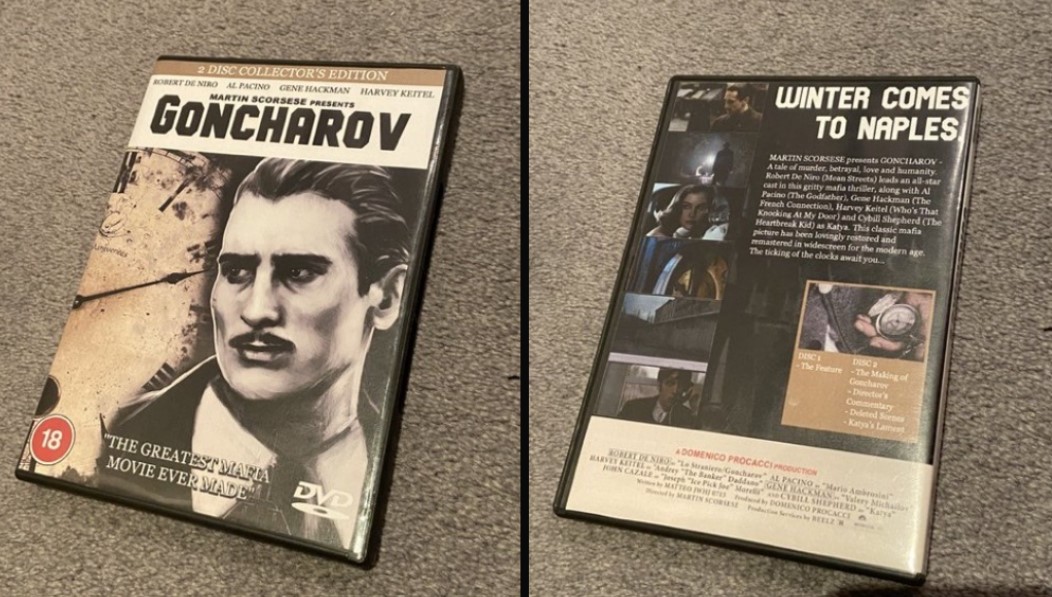 How to Watch Goncharov?

If you want to watch the film on a streaming platform or TV, sadly, that would not be possible because Goncharov is not even a real film. That’s right! The film does not exist in reality and is actually a part of an elaborate joke that started on Tumblr and just kept getting bigger with time. The whole internet is now deluding over the existence of the film.

Goncharov’s origin is traced back to an old Tumblr post, in which a user had posted a photo of a sneaker. The show had a label that read, “The greatest mafia movie ever made. Martin Scorsese presents GONCHAROV. Domenico Proccacci production. A film by Matteo JWHJ0715. About the Naples mafia.”

In 2022, a user reshared the post with a comment that read, “this idiot hasn’t seen goncharov.” However, the discussion around the film started to gain momentum last week around November 19, with multiple users joking that Goncharov was the greatest film ever made by Martin Scorsese.

Goncharov has been Trending on Social Media Since Last Week

The film soon became a trending topic on Tumblr and then also made its way to Twitter and TikTok, where its hashtag has garnered over 7 million views. While some fell for the joke, others became a part of it, and their collaborative effort turned the fake film into a giant meme-fest.

Social media users went to the extent of creating a theme song for the film, designing a fan-art poster, and even dissecting the scenes. People are now discussing potential plot points of the film on a dedicated Discord server. All the crowdsourced information about the faux film is being saved in a google doc.

What is Goncharov About?

Social media users have also come up with a pretty interesting storyline for the ‘Scorsese film’. The film is set on a similar premise as the films The Godfather and Goodfellas. It follows the main character Goncharov, a man who formerly worked for Russian organized crime but has given up on his dark side to live peacefully with his wife, Katya.

The poor soul is then forced back into crime and finds a new rival in the form of Andrey, the Banker. Meanwhile, Sofia forms a romantic relationship with Katya. There are also additional characters in the film, including Ice Pick Joe and ‘sad boy’ Mario. While Robert De Niro plays the titular character in the fiction film, Al Pacino makes an appearance as both Mario and Andrey.

Would you still like to watch Goncharov? Tell us in the comments section.