Dead & Company, the massively popular American Rock band, will be touring the states one last time. Find out how to get tickets for Dead and Company: The Final Tour 2023 for the best prices in the Ticketmaster presale and wish farewell to the Supergroup live. 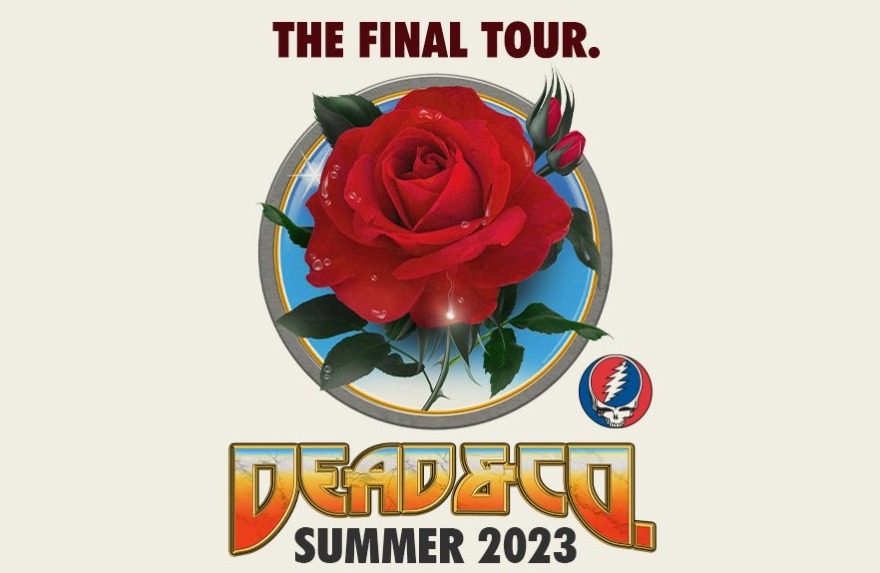 The Rock supergroup featuring Bill Bill Kreutzmann, Bob Weir, Mickey Hart of Grateful Dead, and fellow artists Oteil Burbridge, Jeff Chimenti, and John Mayer, will be touring the United States in their farewell tour. They’ve been together for seven years since 2015.

Ticket sales for the Dead & Company Final Tour 2023 are live and you need to quickly grab yours before they are sold out. We’ll help you get them for the best prices and in a hassle-free manner though.

The presale for Dead & Company Final Tour 2023 tickets is live on Ticketmaser.com and it’s only accessible to users who previously signed up on “deadandcompany.com” or the ones who have special presale access codes.

The presale kicked off on Wednesday, October 12, 2022, and will conclude on Friday, October 14, 2022, just before the General Sale starts.

Summer 2023 will be one to remember! 🌹💀⚡️ Make sure you're signed up for the Seated Presale. Fan Registration is open now at https://t.co/rLECIjVoie.

You can tune in to the local radio station or follow the venues near you on Twitter to get more presale codes for the Dead And Company Farewell Tour 2023 tickets.

When is the General Sale for Dead & Company Final Tour 2023 Tickets?

The General Ticket Sale for Dead And Company’s Final/ Farewell Tour 2023 will kick off at 10 AM local time on Friday, October 14, 2022. Tickets will be available via Ticketmaster which is the official ticketing partner for the tour across the United States.

Fans can also get their tickets from local venues including Live Nation, which is also the producer for Dead And Company’s 2023 summer tour. You can also visit the band’s official website to find the latest updates on tickets, packages, and changes to the shows. 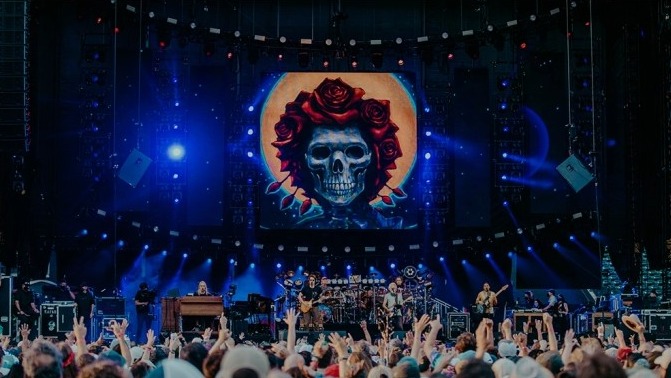 You can buy tickets to Dead And Company shows near you from their upcoming farewell tour next year. The tickets are available on Ticketmaster which is the official ticketing partner for the tour. You will need a Ticketmaster account to buy the tickets. 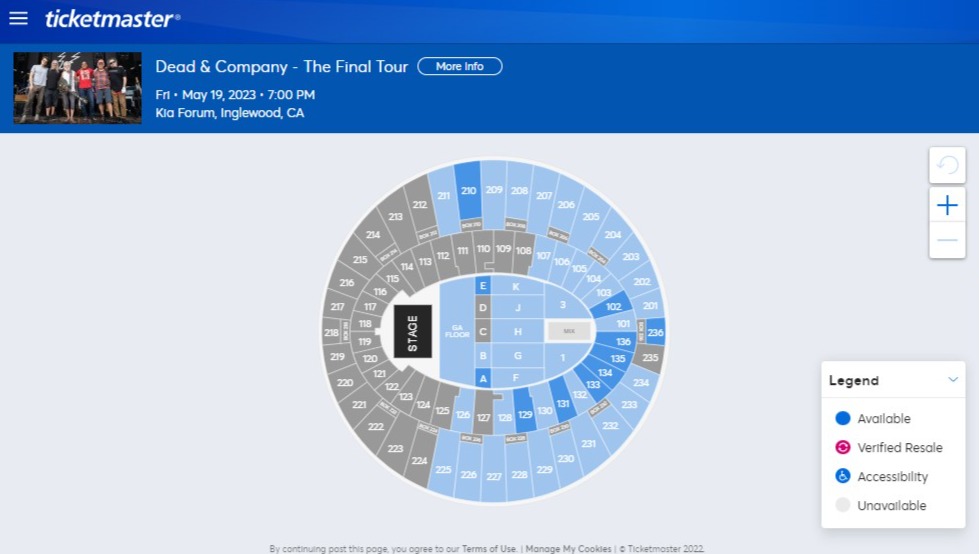 That’s it. You can access your tickets in the Ticketmaster app on Android and iPhone. You will also receive a copy of the tickets at your registered email address.

Are Dead & Company Final Tour 2023 Tickets Available on Other Sites?

Yes, Dead And Company The Final Tour 2023 tickets are also available on other websites including third-party retailers such as Vivid Seats, SeatGeek, StubHub, and others. However, you’ll have to shell off more dollars when buying from other sources. 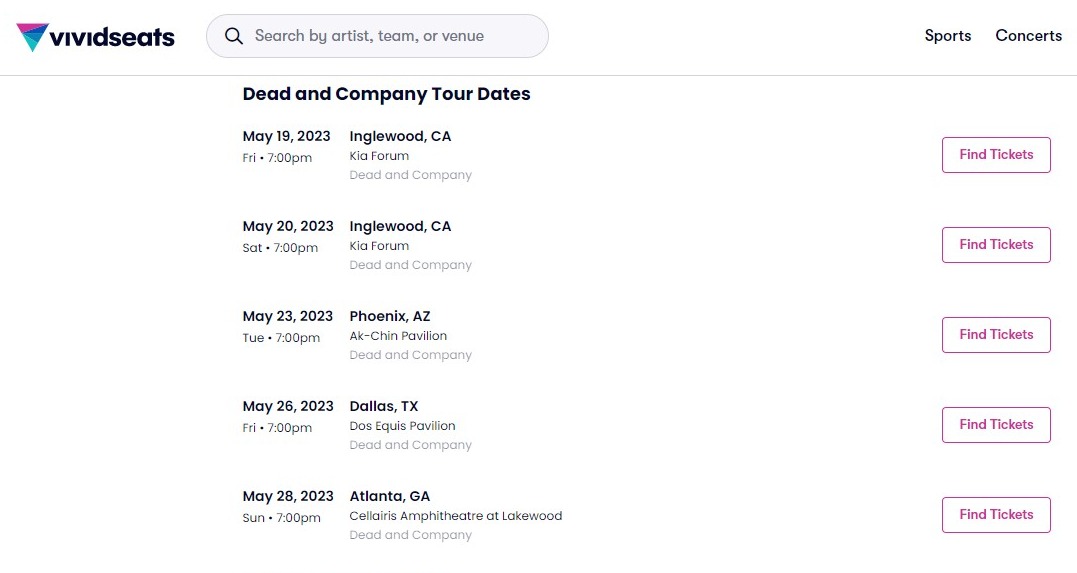 Tickets are also available at the hands of resellers that you can find online on social media platforms or near the venues. However, it’s pretty hard to find genuine resellers and you’ll have to buy tickets at very high prices.

You should only deal with the people you trust to stay away from hassle. Talking about the hassle-less purchase of tickets, Ticketmaster is the perfect destination for that.

Dead And Company are hitting the roads next summer with “The Final Tour 2023.” It’ll be the Rock supergroup’s alleged farewell tour and fans are excited to witness them performing live for one last time. The group has been together since its formation in 2015.

The supergroup will be touring together for the last time next year, starting in May. They’ll perform through 27 dates across Texas, Dallas, Chicago, Illinois, New York, and Boulder. The prices for the tickets depend on the venues. 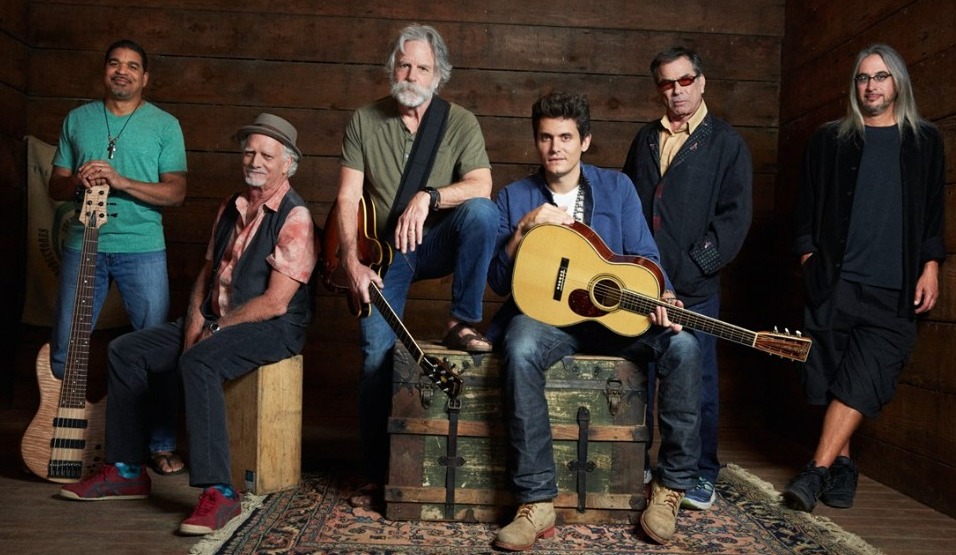 Here is the full Dead And Company: The Final Tour 2023 Schedule & Prices of Tickets:

More dates could be announced later considering the response to the ticket sales. We’ll keep you posted with any changes in the schedule.

The tickets for Dead & Company shows are selling like hotcakes and you should definitely get yours right away. We’ve already shared the details to buy them above. If you have any doubts regarding anything mentioned here, feel free to use the comment box.

We’ll be glad to help you more. Are you ready to bid adieu to Dead & Company?