*Warning: House of the Dragon Episode 6 Spoilers Ahead*

The sixth episode of House of the Dragon is here, and the show just keeps getting better with every episode. The new episode, titled The Princess and the Queen, featured some unexpected twists and turns and some brutal deaths that were able to keep us hooked throughout its hour-long duration.

The show has bid goodbye to Milly Alcock and Emily Carey after a 10-year time jump and welcomed Emma D’Arcy and Olivia Cooke as Princess Rhaenyra and Queen Alicent, respectively, who have fit their roles perfectly. By the end of the episode, a shocking twist has set up more tragedies to come until the Targaryen civil war finally begins. 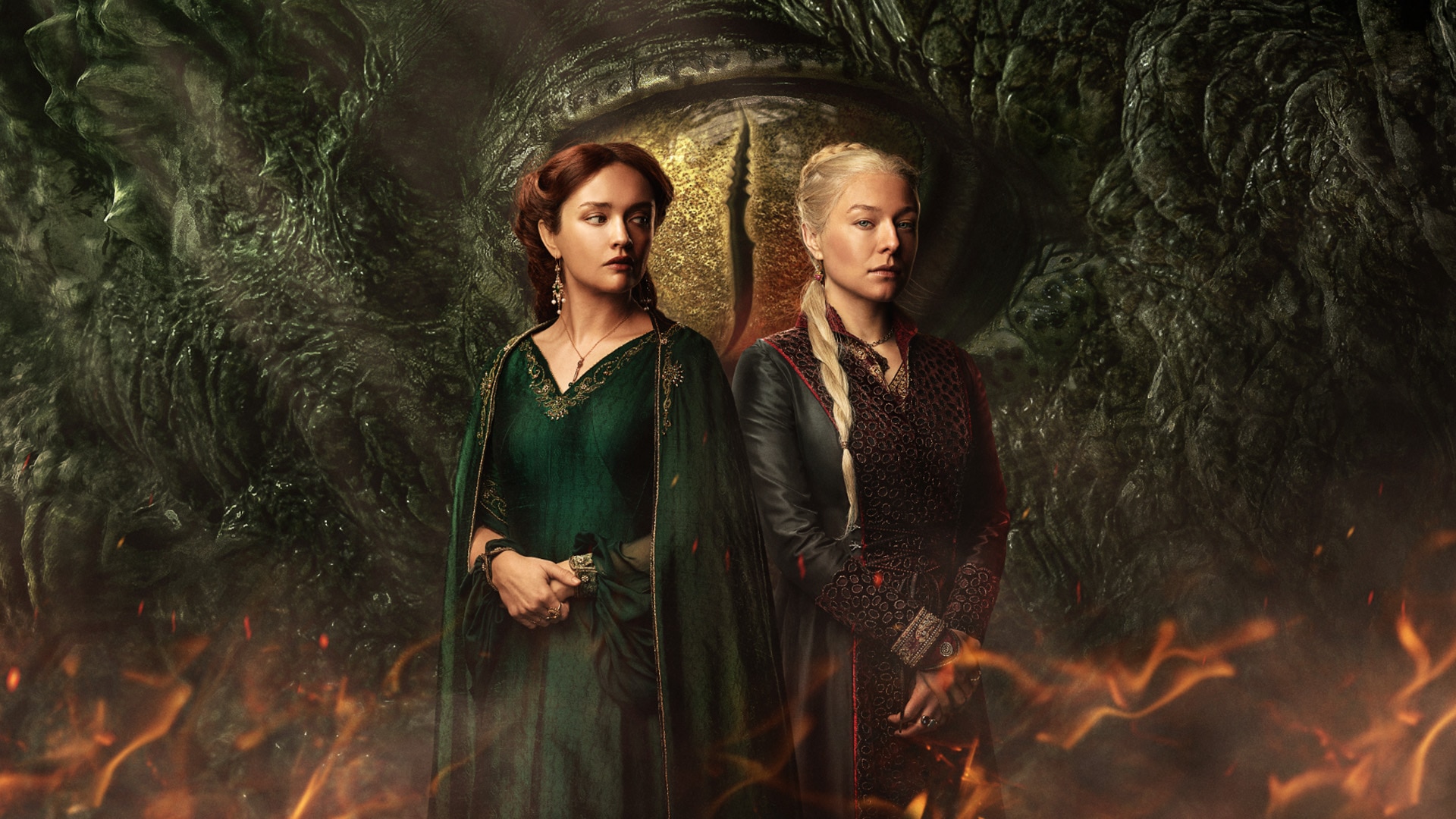 House of the Dragon Episode 6 Ending Explained: Are Harwin and Lyonel Strong Dead?

In an unexpected turn, Harwin and Lyonel Strong are killed in a fire at the end of the episode. And yes, they are indeed dead. Harwin’s brother, Larys, decided to kill his own family members at their home in Harrenhal after knowing that the Queen was upset with her father being fired from the position of the Hand of the King, and how the King turned a blind eye to Harwin being the real father of Rhaenyra’s children. 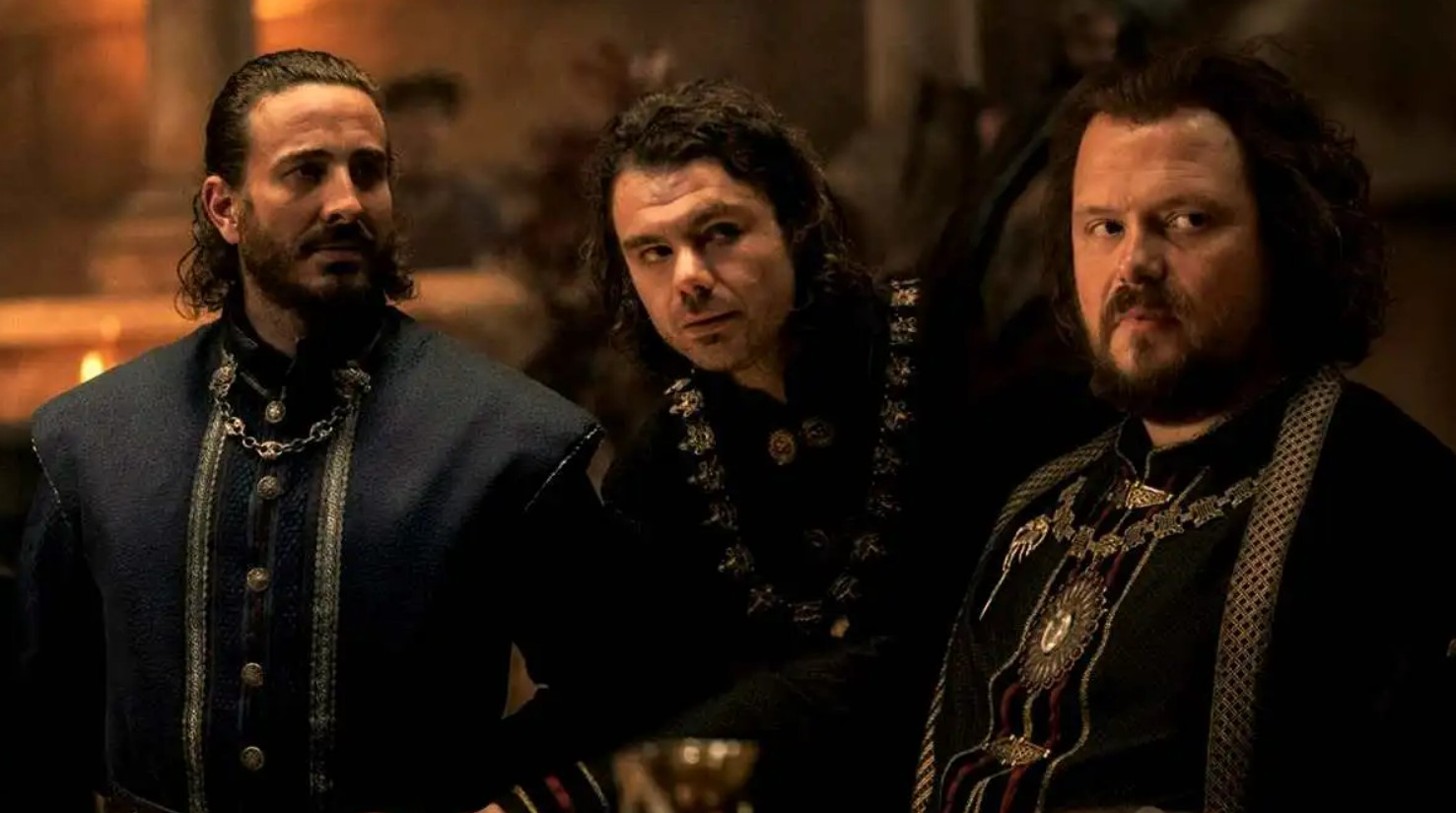 Larys is the second son of Lyonel Strong, crippled by birth, who knew he could not rise to power conventionally, so he followed some questionable methods. He spent most of his life listening to conversations and observing the noblemen and women, knowing their secrets and using them to his own advantage.

Larys was cunning enough to cut the tongues of the prisoners he sent to light fire in Harrenhall. He also knows that he has Queen Alicent’s protection as he tells her at the end that she will have to reward him when the time comes.

What does Laena’s Death Mean for Daemon?

You know you are watching a show based in the Game of Thrones universe when a character who had started to grow on you dies suddenly. Laena Velaryon, the rider of the biggest dragon in Westeros, had complications during childbirth, and instead of dying on the bed, she chooses to die as a dragon rider and orders her dragon to burn her in an emotional scene. 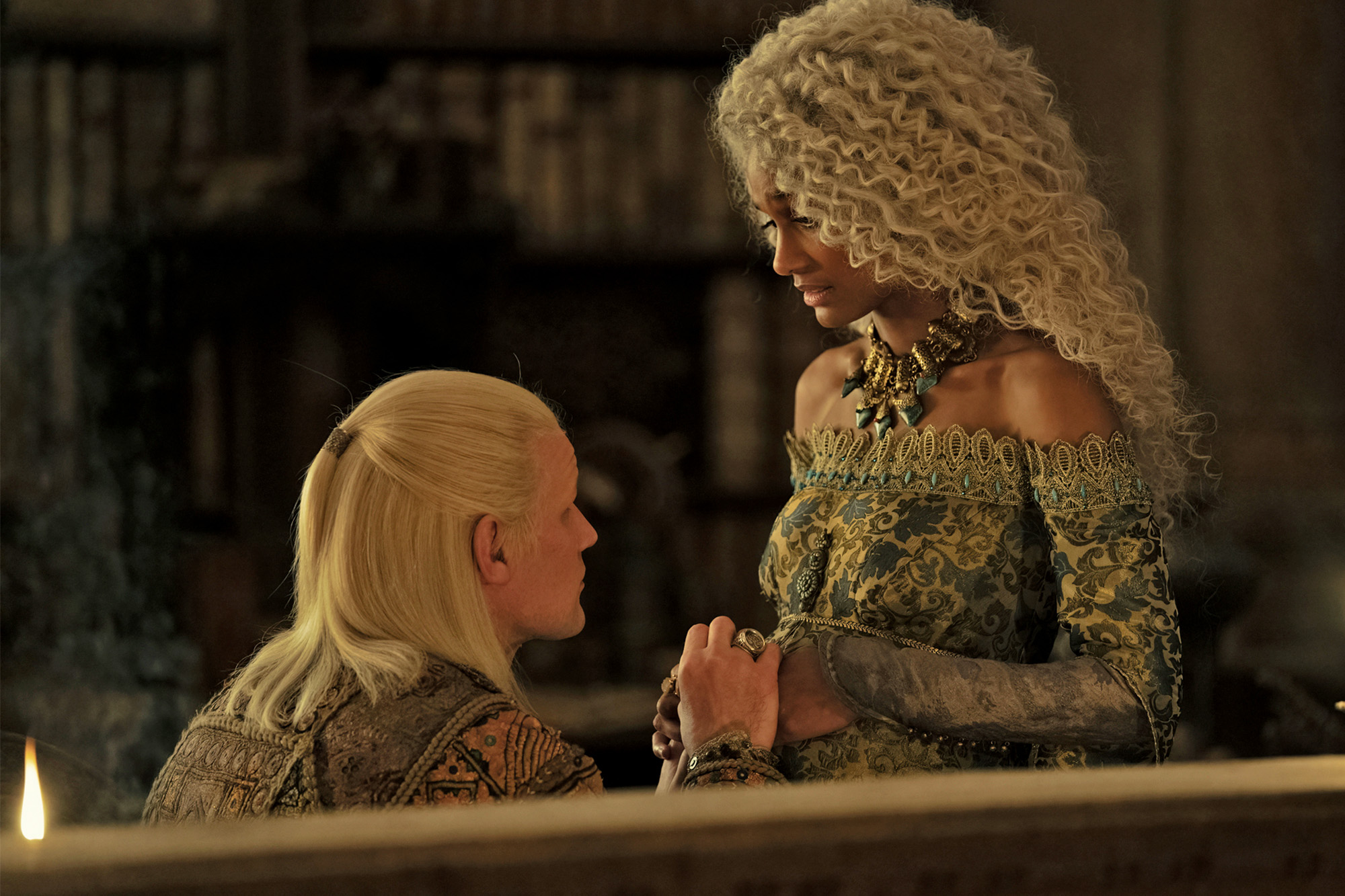 Meanwhile, Daemon had become a changed man after marrying Laena. The flamboyant attitude of his was replaced by a family man who wanted to stay away from Westerosi politics and live with his wife and two daughters in Pentos.

While Laena wanted their family to go back to Westeros, Daemon simply did not feel like getting involved in family politics again. With her death , it is probable that the Prince will now head back to Westeros with his daughters. 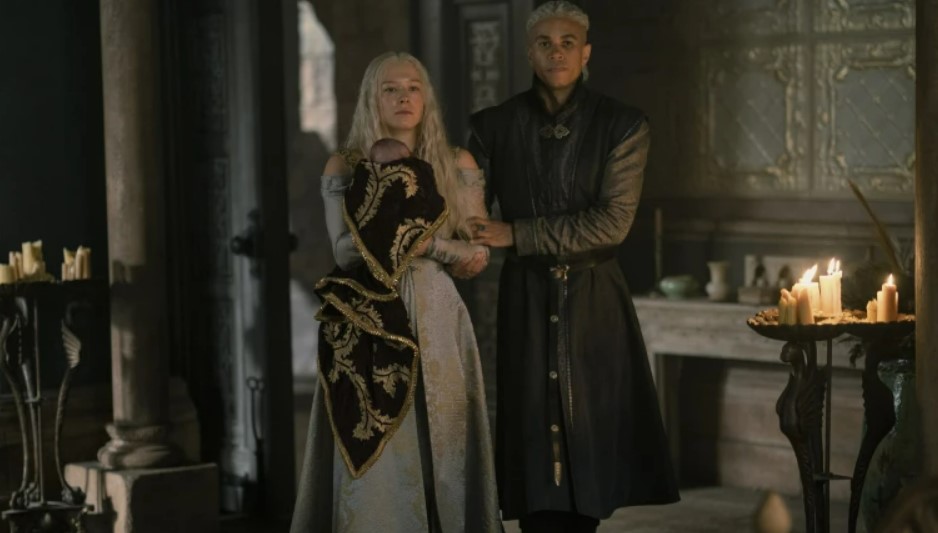 Tired of all the speculations and whispers about her children’s parentage, Rhaenyra senses that her family could be in danger, especially when the real father of her children, Harwin Strong, had been ordered to leave King’s Landing and go back to his home in Harrenhal.

Rhaneyra decides to leave the capital for good and move to her family home in Dragonstone with her husband, Laenor Velaryon, and her three children. Meanwhile, the Princess’ and the Queen’s children also do not get along too well, setting up the conflict that is going to follow when the civil war begins.

House of the Dragon new episodes air Sundays at 9 pm on HBO and HBO Max.