Another thrilling episode of House of the Dragon aired on Sunday, receiving rave reviews and fans’ love. The drama intensified with epic battle scenes, conflicted relationships, and the uncertainty over the heir to the iron throne.

The show, which acts as a prequel to Game of Thrones, has been able to carve a niche of its own, and fans eagerly wait for its new episodes every week. And this week, too, the audience is eagerly anticipating the upcoming fourth episode of the season.

Thankfully, a teaser for the episode has been released by HBO, which will help you make it through the week. Read on to find out when the fourth episode of House of the Dragon Season 1 will air.

House of the Dragon Episode 4 Release Date and Time

The series airs new episodes every Sunday on HBO and HBO Max. The fourth episode will premiere next Sunday, September 11, at 9 pm ET.

The episode is named King of the Narrow Sea, so it will be focused on Prince Daemon being crowned with the title, which also features in the episode preview unveiled by the network.

House of the Dragon Episode 4 Teaser

The teaser shows Prince Daemon Targaryen returning to King’s Landing after winning the battle against the Crabfeeder and being crowned the King of the Narrow Sea. The tensions over who should be the heir to the iron throne will escalate as the title now has three contenders: Princess Rhaenyra, Prince Daemon, and the King’s firstborn son, the three year old Prince Aegon II.

Meanwhile, politics will also take center stage as Otto Hightower, on his mission to convince King Viserys to take Aegon as his heir, will supposedly start some rumors with Rheanyrs as a suspect. Daemon is also trying to step up on the ladder as he is seen sneaking around in a black cloak.

The teaser ends with the visual of a dragon zipping past a ship that is taking Rhaenyra somewhere. Another highlight of the teaser of the mention of the Prince that was promised. A storyline that was a major plot point in Game of Thrones.

Fans’ Reaction to the Teaser

Fans can not control their excitement after watching the preview and have all the more reasons to wait for Sundays now. A fan commented on the teaser, “This shows actually a banger so far, I know the events are moving quickly, but it’s because we’re only following maybe a couple perspectives compared to the numerous perspectives in GOT. I hope this show does well cause so far I’m impressed.”

Another one praised the actor who plays King Viserys and wrote, “Can we all appreciate how awesome is Paddy’s (Viserys) acting. He keeps getting better from episode to episode. Even in this trailer, when he says Eyes. Flawless acting.” 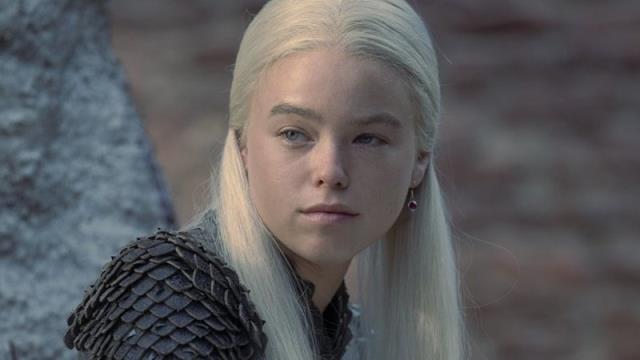 While most of the fans still appear to be Team Prince Daemon, with comments like “Matt smith playing daemon just makes him so damn likable it’s IMPOSSIBLE to not cheer for him” floating around.

Are you also waiting for the release of House of the Dragon Episode 4? Tell us in the comments section.