The 28th annual Screen Actors Guild Awards took place on February 28, in Santa Monica, California. And in the light of recent events concerning Russia’s attacks and invasion of Ukraine, celebrities showed their full support towards the latter. 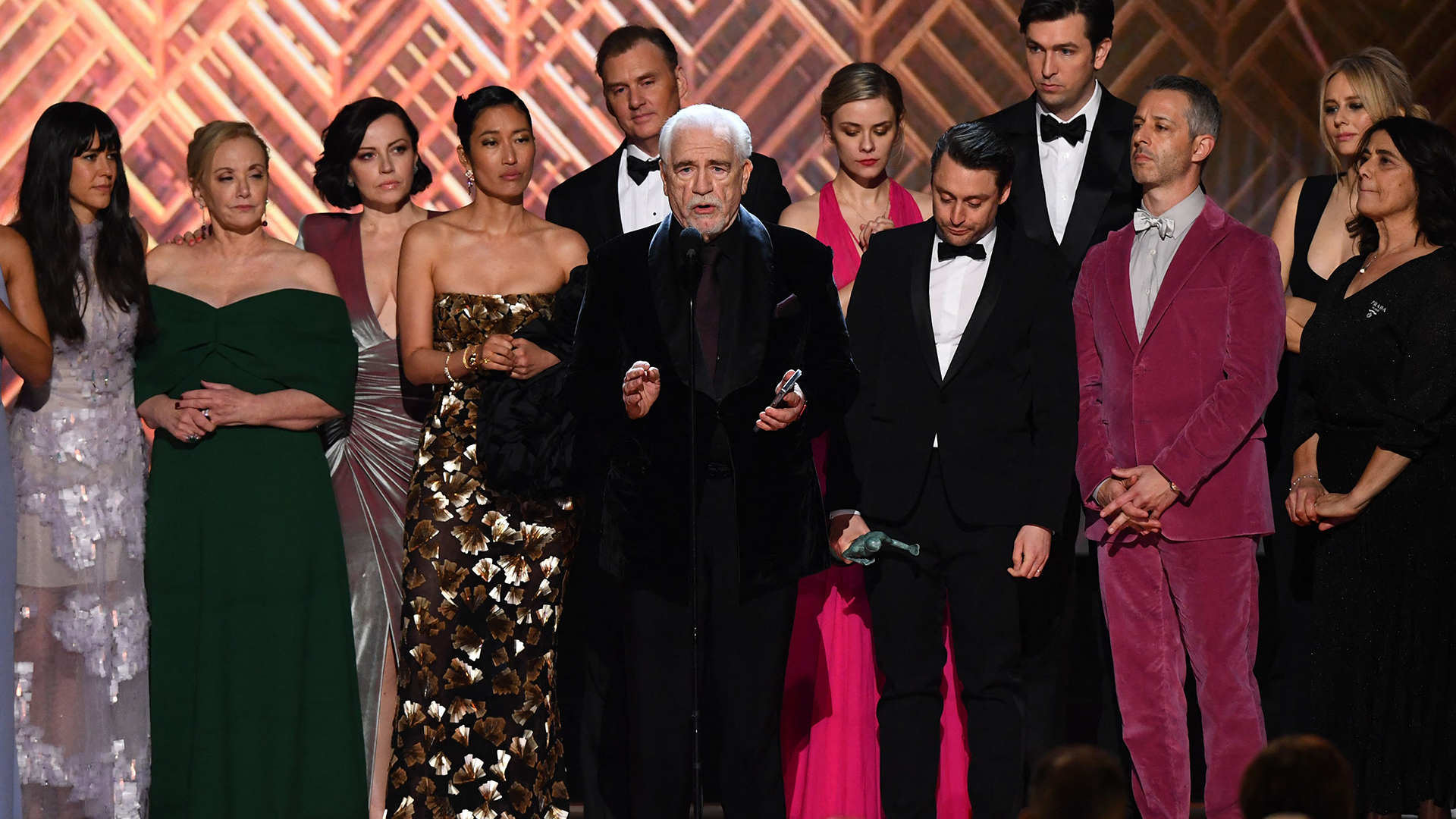 Popular stars like Lady Gaga, Leslie Odom Jr., Tyler Perry, and Brian Cox, to name a few, all stood in solidarity with Ukraine.

Several actors and actresses chose to show solidarity with Ukraine by adding an extra touch to their outfits. Most of them tried to add the colors blue and yellow in their outfits in some or the other way, as they represent the colors of Ukraine’s national flag.

Like the Gemini Man actor Douglas Hodge who wore a blue and yellow ribbon pin over his navy blue tux. The 52-year old actor Tyler Perry also adorned a similar ribbon onto his green tux.

And actress Shari Belafonte added a blue and yellow-colored ribbon to go with her beautiful pink outfit as well. Apart from that, Abbott Elementary star Lisa Ann Walter and actor Michael Douglas also accessorized their outfits with the colors blue and yellow, thereby standing with Ukraine. 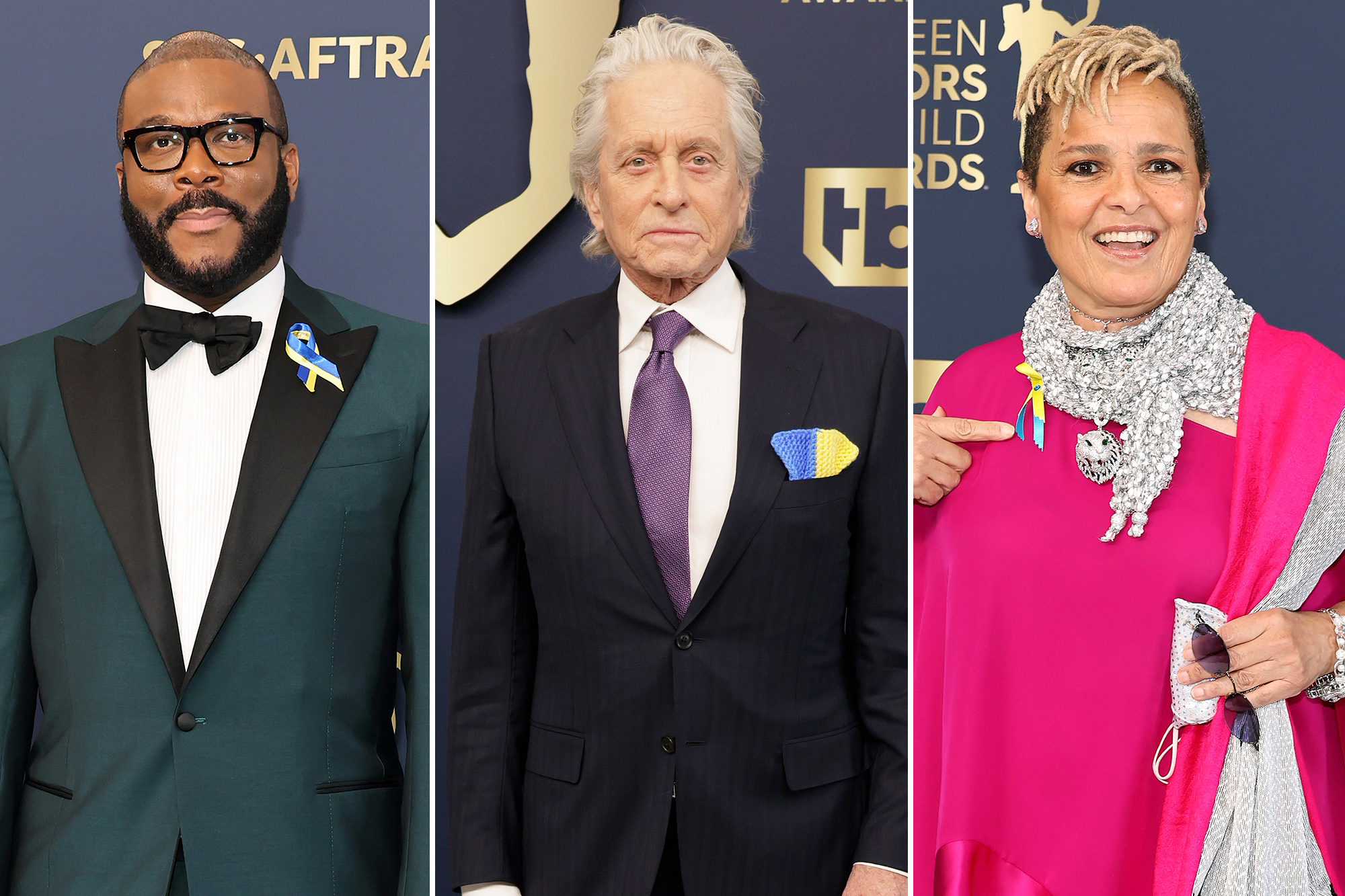 While some stars chose to show their love and support by adding special touches to their outfits, others did so through their words.

When Laverne Cox asked Lady Gaga what story she was trying to tell through her ensemble, Gaga said that the story was that of “the truth.”

“This is a beautiful night when we get to celebrate art together and celebrate each other. There’s so much going on in the world, and my heart really goes out to Ukraine. I think tonight we should all sit in the gratitude of this”, the House of Gucci star commented. The Hamilton star, Leslie Odom Jr. also paid a tribute to Ukraine by sharing some profound words with regard to the same. “While tonight is a celebration we are all at the same time holding a place in our hearts for the people of Ukraine and sending our thoughts, prayers, and hopes for impending peace”, he stated.

E! correspondent Laverne Cox and everyone’s favorite Spiderman, Andrew Garfield, both addressed the current situation in Ukraine as well. And Jean Smart from Hacks asked the audience to “pray for peace” at the end of her award-accepting speech.

Scottish actor Brian Cox gave a moving yet powerful speech concerning the current crisis that Ukraine is going through, as he accepted his award for the Best Ensemble in a Drama Series. The 75-year old Succession star said, “One other thing I would like to add which I think is important to me and I hope important to you as actors and performers and writers and directors, [is] what’s going on in Ukraine.”

He remarked how “truly awful” the whole situation was before going ahead and acknowledging Ukraine’s president. “The President of Ukraine [Volodymyr Zelensky] was a comic. He was a wonderful comic performer. And we should respect that. To come to the presidency was amazing.”

Cox also addressed the situation in Russia and how artists, critics, and writers over there are under pressure to not support Ukraine. “I think that is awful. I think we should all stand together also for those people”, he added. “The people in Russia who don’t like what’s going on, and particularly the artists. I think we should join and celebrate them and hope that they can make a shift. Because I believe they can.”

And with so many stars and celebs standing up for Ukraine and showing their support through their own ways and words, this year’s SAG awards ended up becoming all the more special, rendering unity and peace as the true winner of all.