“Blonde” star Ana De Armas appeared on “The Tonight Show” and shared her experience of portraying the character of iconic Marilyn Monroe. The Cuban-Spanish actress revealed that she was absolutely terrified to play the character. Read on to know what Jimmy’s first guest of the new year has to say about playing Marilyn. 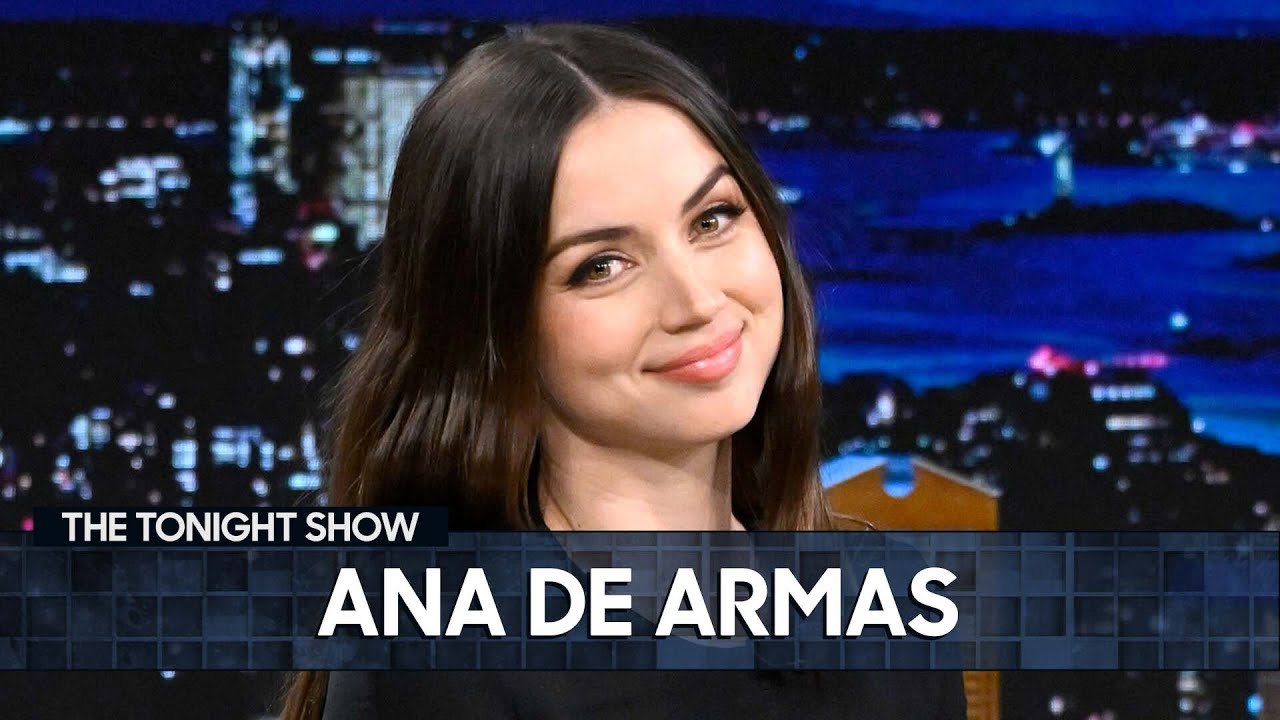 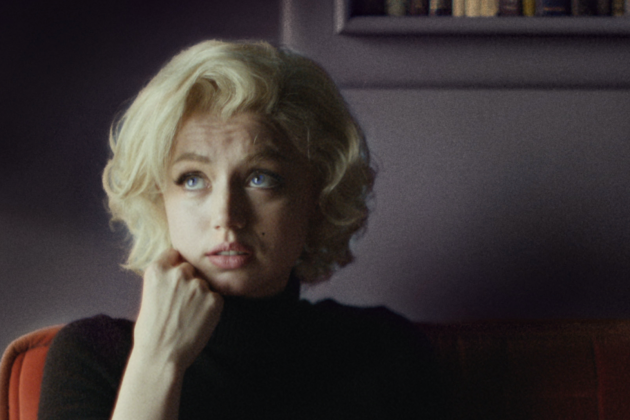 Ana De Armas appeared as the first guest of the new year on “The Tonight Show”. The gorgeous Cuban-Spanish actress, who recently played Marilyn Monroe’s character in “Blonde”, has an extended discussion on how terrified she was while playing the character of Marilyn Monroe.

While revealing a picture of Ana De Armas, portraying Marilyn in “Blonde” accompanied by Marilyn’s actual picture, Jimmy complimented the 34-year-old star on her hard work. “I mean did you have to do every take, like a thousand times, just to make sure it is perfect?” Jimmy curiously asked.

Ana revealed that they had to do it a lot of times. Comilemnting Blond’s director, Andrew Dominik, she stated that he is an incredible filmmaker and also very detailed and precise. “It was very important for me and every department to really nail this recreation.” She revealed that the team had two monitors – our movie and then Marilyn’s movie, and they were playing both at the same time. If they didn’t get it right, they had to do it again. For Ana De Armas, playing Marilyn’s character was like walking on burning embers. She revealed that everything was so accurate that at one point, her hairstylist kept coming back and forth between her and the monitor to fix her hair. She felt bad for the hairstylist for doing so many trips and instead wanted to go to the monitor to find out the problem.

Ana revealed that she realised that she is looking at Marilyn trying to fix her hair. “She wasn’t looking at me,” Ana laughed. Ana revealed that this is how perfect the art, makeup and hair department was at doing justice to the iconic star’s character. From visuals to choreography, everything was unbelievable. Well, the rest of the job was done by Ana with her great acting skills. Jimmy then asked, “Do you remember the first scene you did and you were like, okay, Action, here we go, let’s do this!”. Ana replied, “Well it was a pretty tough scene, Andrew didn’t, you know, give me like, a slow “breaking the ice” thing. We went for a very long dialogue scene with the mother. We didn’t have any rehearsals.”

She revealed that Andrew hadn’t heard her speaking or moving like Marilyn Monroe so doing this was too intense. It was the first time everyone heard and saw her play Marilyn. “It was terrifying,” she confessed.

“How else can we describe this movie?” Jimmy asked. Ana replied that she thinks that the movie is more about Norma Jean (Marilyn’s real name), the person who has remained unseen all this time. “This photographic memory that we have of Marilyn Monroe’s life, all these images that we have seen and we have an idea of what the story was, it’s kind of like a take on that, through her lens and what her life was.”

Previously, the “Knives Out” star revealed at the Venice Film Festival that she felt Marilyn was present during the filming of ‘Blonde”, and haunted the cast. Well, according to Ana, she seemed like a happy ghost. “I think she was happy. She would also throw things off the wall sometimes and get mad if she didn’t like something,” is what Ana De Armas narrated about Marilyn’s ghost. 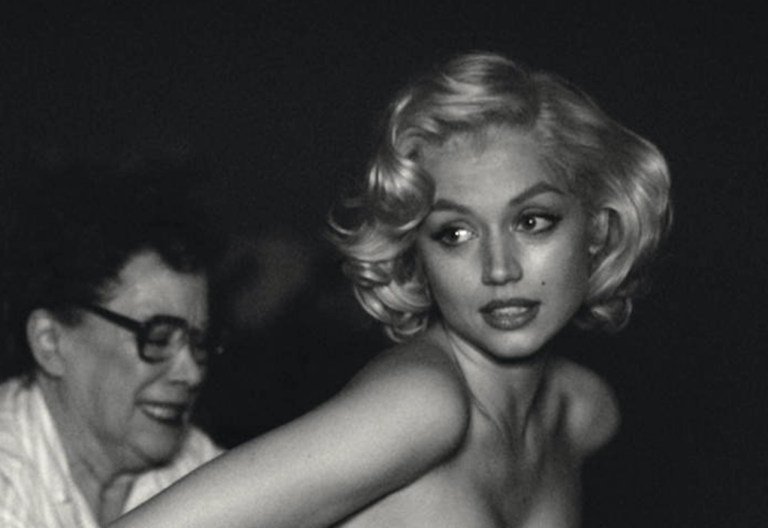 The “Blonde” star added that the ghost story may sound mystical, but it’s all true and the cast felt it. She said that Monroe was always nearly. “I truly believe that she was very close to us. She was with us,” the “Knock Knock” actress told in the interview.

Not only her, but the movie’s director, Andrew Dominik also narrated that he felt Monroe’s presence on the set. “It definitely took on elements of being like a seance, he added. Remembered as an emblem of the sexual revolution, Marilyn was the top-paid actress of the decade.

However, the greatest beauty in the world came from a traumatic childhood – from living in foster homes; marrying at the age of 16; to drug abuse, Marilyn’s life was an open book. “Blonde” has been adapted from the 2000 novel “Blonde” authored by Joyce Carol Oates. It lets us travel through the life of Marilyn, a true legend who met a brutal end at the age of 36.

Blonde premiered at the 79th Venice International Film Festival on September 8, 2022, and began a limited theatrical release in the United States on September 16, 2022. The movie started streaming on Netflix on September 28, 2022.

Overall, the movie has received highly polarized reviews from critics and audiences alike. Armas’s performance has garnered general acclaim. However, Dominik’s graphic depiction of Monroe’s life was criticized as exploitative and unethical. But hey, the movie does touch on some real aspects of the iconic star’s life. Have you seen it? What do you think about Ana’s portrayal of Marilyn?