Did the trailer take your breath away too? See? That’s the thing with Netflix’s teenage series that set our hearts on fire.

The Heartstopper trailer is doing quite the same. Soon after Netflix dropped the trailer, the series’ anticipation is causing a stir. The upcoming coming-of-age series is about two boys and how they struggle through their feelings.

The two young boys in the trailer are mesmerizing with their phenomenal portrayal of characters. Their journey to find love in each other is what the drama series is all about. 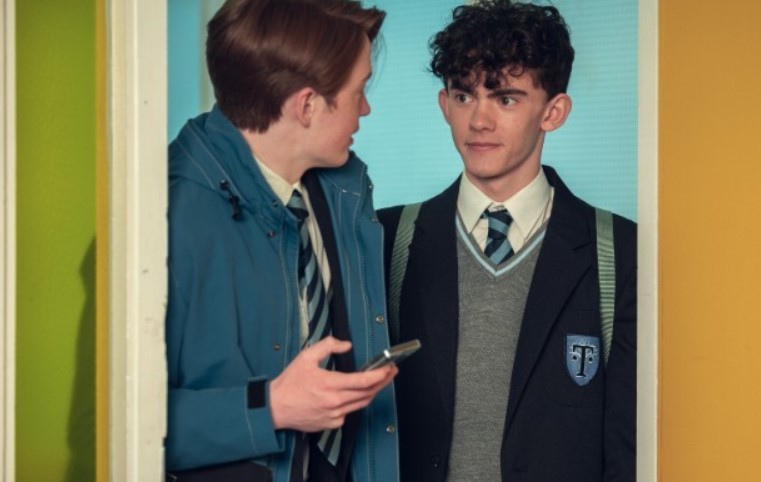 The queer television show will premiere later this month and will go on for 8 episodes.

Ready to treat yourself with some sweet trailer? Have a look!

Before we talk any more about the show, here is the trailer.

The LBGTQ+ forthcoming drama is going to be extremely beautiful. Heartstopper releases on the official Netflix platform on April 22nd, 2022.

Joe Locke and Kit Connor are the stars of the series who get involved in a romantic intertwined love story all through their academic year. The show is going to send a strong message to the people in the queer community who often face challenges in the world.

The show was also featured on the cover of Gay Times. Joe Locke shared the news on Twitter.

Kit Conner, on the other hand, is delighted too.

The story takes an initiative to resolve that.

The trailer starts with Locke, who plays Charlie Spring, and is gay. He studies in a British school where his identity is a subject of concern. During his tenure of being at school, he meets Conner, as Nick. His proximity of closeness with Nick starts elevating as time passes. Their day starts with “hi” and it continues for some time until the two become really good friends.

However, Charlie struggles to figure out Nick’s sexuality and finds himself lost as he discovers Nick is straight. Even so, Charlie doesn’t intend to give up and will do his absolute best to fight for Nick.

After Nick asks Charlie to join the rugby team, Charlie finds it hard to say No and thus, joins the team. Charlie is tad-bit introverted and he has an amazing group of friends who have always got his back.

Heartstopper is a joyful romantic ride in search of true love.

The teaser of Heartstopper was released last month and that wasn’t enough to hook fans.

The full-length trailer is now enough to keep us hooked until the series finally reaches out.

The official synopsis of Heartstopper reads, “Teens Charlie and Nick discover their unlikely friendship might be something more as they navigate school and young love in this coming-of-age series.”

Patrick Walters is the executive producer and Euros Lyn is the director.

Here’s how fans are reacting after receiving Heartstopper’s trailer.

a round of applause for the cinematography in the HEARTSTOPPER TRAILER because WOW pic.twitter.com/GSbuGTITUu

Ready to catch Heartstopper? Tune in to Netflix on April 22nd.