Hasbulla has chosen violence! In a new hilarious video, the social media star is seen punching NBA legend, Shaquille O’Neal. The video was shared by O’Neal on his Instagram page.

Both Hasbulla and Shaq are in Australia right now to attend some events. They got to spend some time together, and it seems like they ended up having a lot of fun. Read on to watch the adorable video. 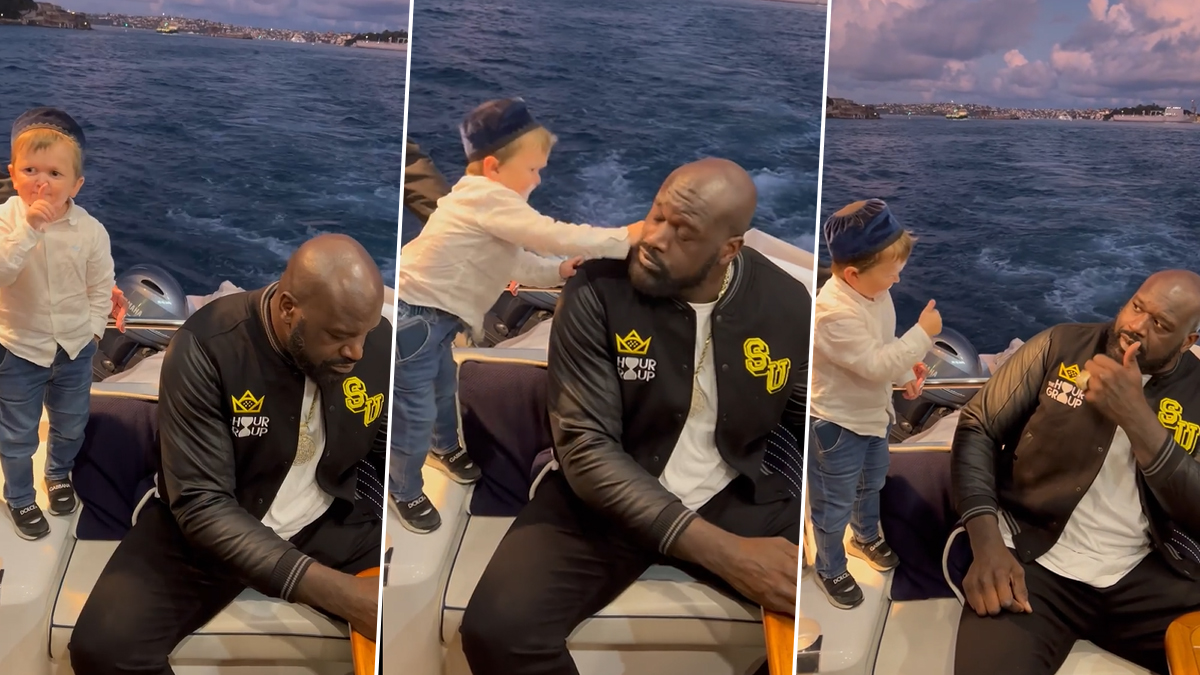 In a reel posted by Shaq on his Instagram account on Saturday, he is seen enjoying a boat ride with Hasbulla in Sydney. The former player seems to be indulged in his phone when the 19 year old social media star signals everyone to keep quiet. He then taps on Shaq’s shoulder and punches him straight in the face.

Shaq then pretends to fall before looking at him in astonishment. The two give each other a thumbs up, as laughs are heard from behind the camera. “@hasbulla.hushetskiy almost knocked me out,” captioned the 50 year old former player.

Fans were amused by the video and expressed their excitement in the comments. A fan commented, “The showdown we never expected but needed 🔥” while another one wrote, “Never expected to see this collab lmao.”

“They should make a sequel to Twins with you two,” commented a third one. Another follower wrote, “What an honor to be punched by him.”

The two have been brought together by event management company The Hour Group. The group shared another photo of the duo passed out on a couch by the end of the day with the caption, “What a day…” 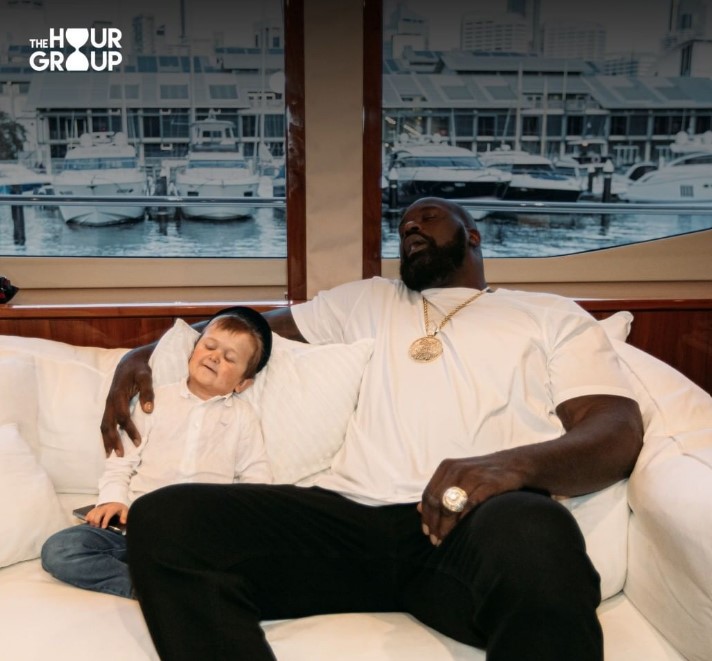 This is Hasbulla’s First International Tour

The Australia trip is the first international tour for Hasbulla, who has a number of events planned during his visit. Talking about the tour, Hasbulla said, “I can’t wait to see all my Aussie fans and visit these amazing cities. I come from a tiny town in Russia, so I am looking forward to experiencing a different culture. I also know there are kangaroos. I would like to meet them.”

The internet sensation will have two meet and greet events at Le Montage in Sydney from August 29-30 and then move to the Timberyard in Melbourne on August 31 and September 1. 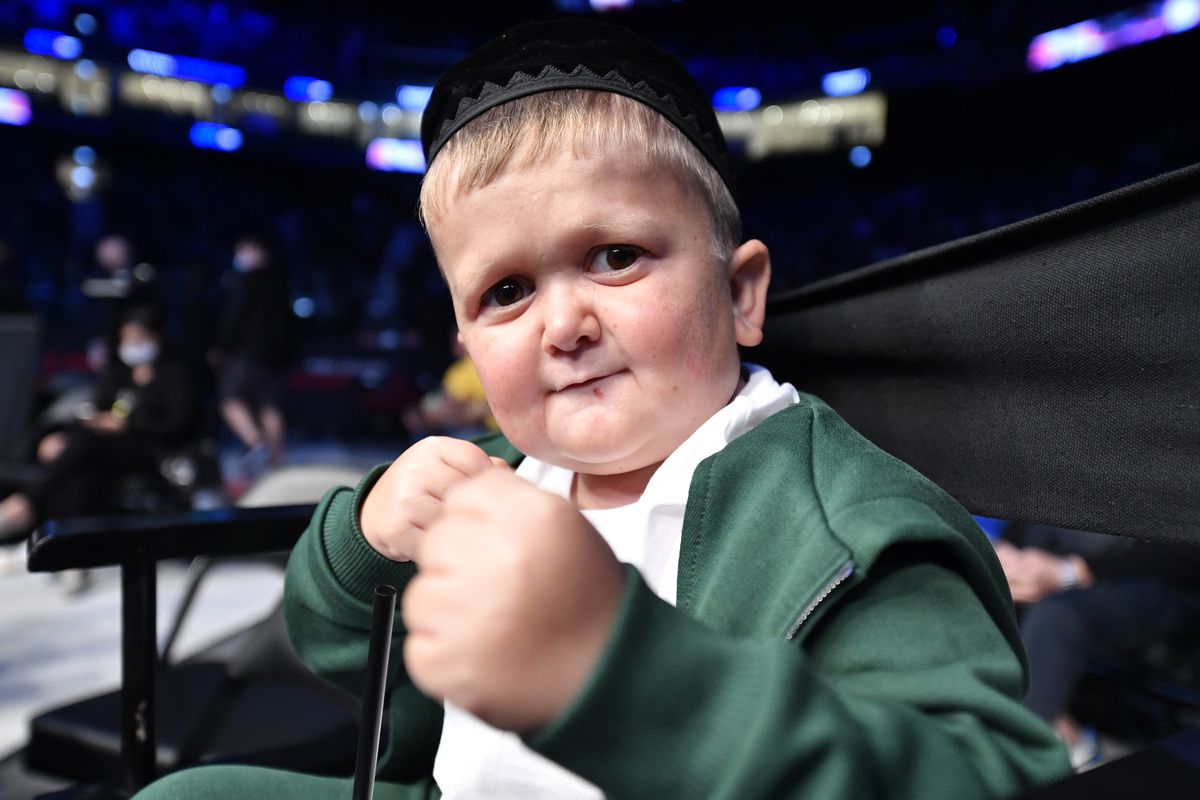 Hasbulla rose to fame in 2020 when his videos started growing viral on the internet. The 19 year old, who was born with a growth hormone deficiency, has over 2.9 million followers on Instagram. His videos also get billions of views on TikTok.

Shaq landed in Australia on Tuesday for his first visit in over 20 years. He started his tour by giving interviews and then turned DJ to perform at the 170 Russell in Melbourne on Wednesday night. On Thursday, a special event titled An Evening with Shaquille O’Neal was organized at the Margaret Court Center.

The four-time NBA champion then visited Sydney for an event at The Star Centre. And on the weekend, he was accompanied by Hasbulla.

What are your thoughts about the hilarious video of Hasbulla punching Shaquille O’Neal? Tell us in the comments section.