After As It Was, the first and only teaser before the release, Harry Styles released his third album, Harry’s House. 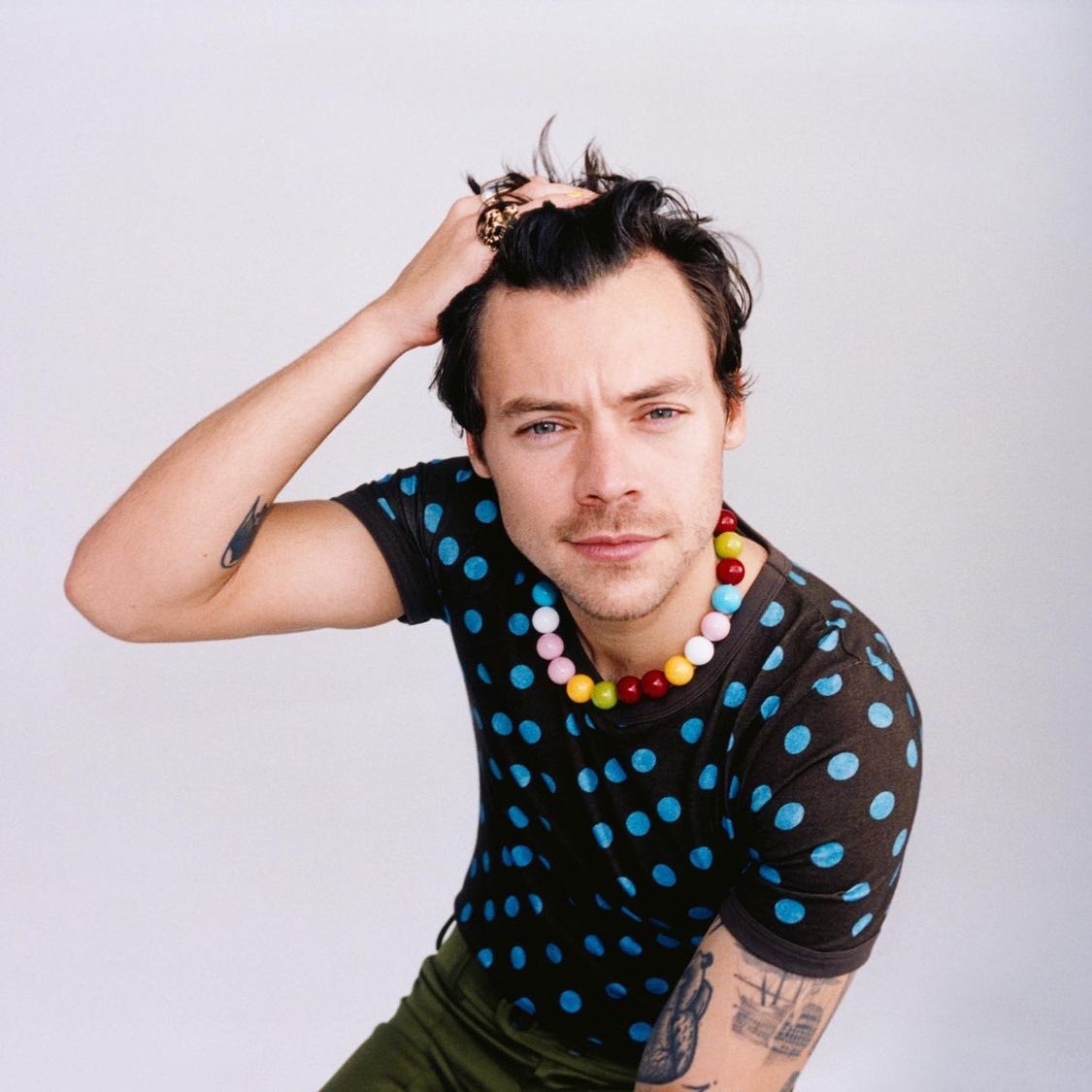 Filled with energy and chill moments, the album is a journey into the metaphorical house, the mental state of Harry Styles. Written in a first-person perspective, it is mostly how one of the biggest pop stars in the world sees the world.

First announced on March 23, 2022, through a release date and trailer, Harry’s House is the third LP from Harry Styles, the former heartthrob of One Direction. While most of his bandmates lost their initial rise, Harry has come out as the biggest star of the group. 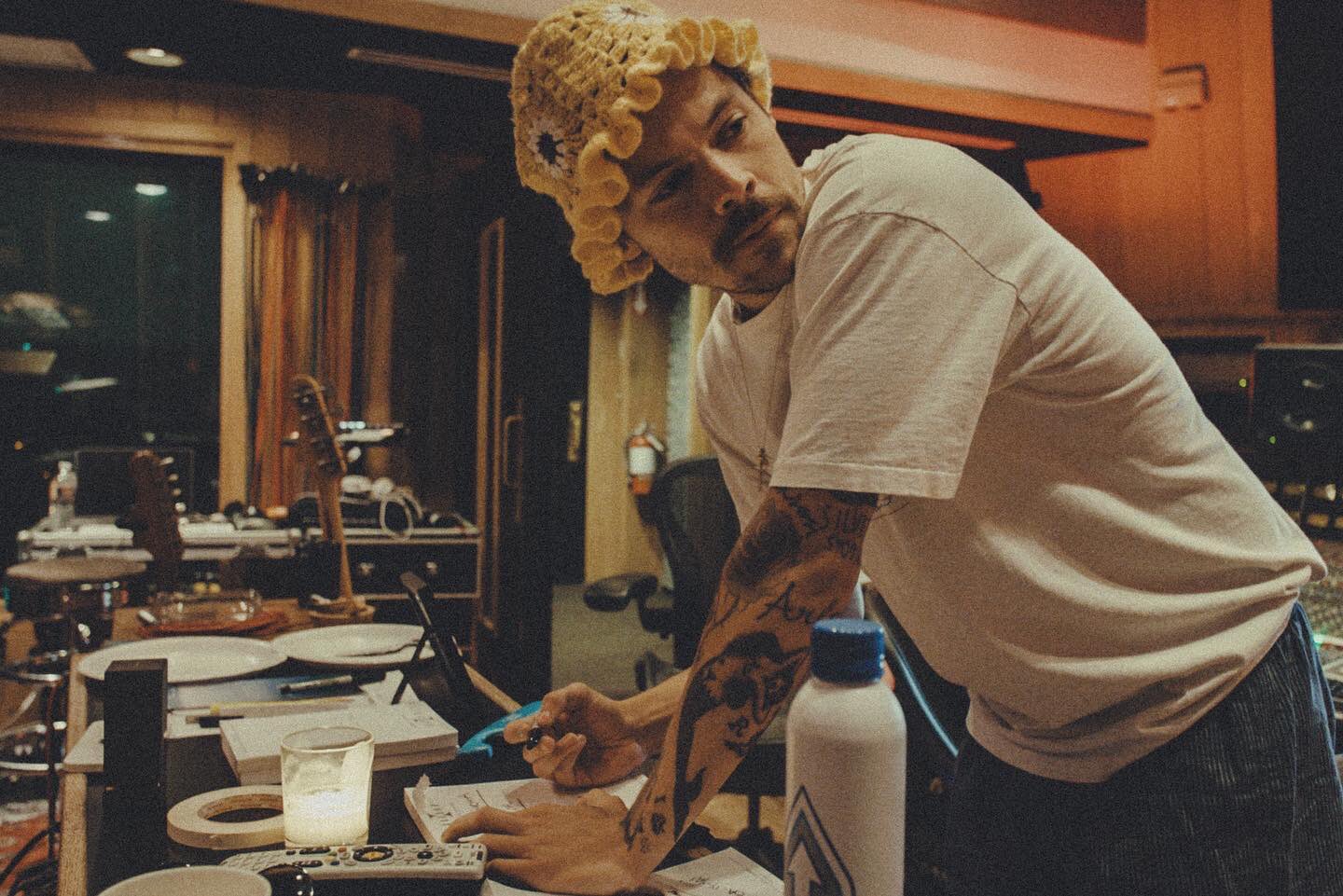 For the rollout of Harry’s House, Harry performed at Coachella. Sat for an interview with Homes & Gardens, very apt for the title of his new album. In this interview, Harry had a tell-all with the interviewer, talking about his time in One Direction and the inspiration for the new album.

The first and only single before the album’s release, As It Was was a massive hit. Becoming an instant TikTok sensation and debuting at No. 1 on the Billboard Hot 100, this is one of 2022’s biggest hits.

Music for a Sushi Restaurant

A funky 90s tune flowing throughout the track, Harry sounds fantastic on it. The title is very apt, as Harry sings about the ingredients needed for a sushi restaurant, which is an excellent place for a date.

As well as the lyrics talk about a perfect love that he is yearning for. The production is dynamic and you can feel the adlibs in your chest. The opener to this album is bold, brave and beautiful, just like Harry.

One of the songs that Harry performed in his Coachella set. Late Night Talking is a sweet letter to a person who is everything to you. For them, you are ready to accept change, move to places and even forget your days and nights.

Harry’s voice is accompanied by a mellow 70s tune which makes you want to groove. Set right after Music for a Sushi Restaurant, it is a perfect song to dance to with your partner on a perfect date.

With the two songs before setting the idea of this perfect partner and a perfect date, this song emphasises the bond they share with Harry. The only thing that Harry wants from his partner is companionship.

In a metaphorical and figurative sense, he wants to include this person in his wine sessions. Thinking about life and getting away from his regular stress. One line that sticks out from this track is:

I pay for it more than I did back then

This line indicates many sorts of emotions going through Harry’s mind. Firstly, the line comes after the price of the wine, indicating that he is rich now and can afford the most expensive one.

But in the second verse, he says the line after saying, ‘I’m so over whites and pinks.’ This indicates a separation from the innocence of the relationship and shifting to becoming more rational.

The only single from the album, As It Was is a TikTok sensation for a reason. The catchy beginning and the merry go round style of the bridge make it a sensational listen. The music video for the single was colourful and just like prior first singles from Harry, vague.

The theme for this song calls back to Late Night Talking, the feeling of change is a fear that Harry tries to conquer on this album. And this song screams that out loud, making it the perfect choice for the album, conceptually.

This song talks about long-term relationships and their effect on the person who stays at home. Harry starts the song by saying he is trying to grab life when his lover is not around.

The song circles along with the anxiety and loneliness one feels when going through a long-term relationship. The use of Daylight in the song is a little out of the ordinary. Where Taylor Swift and 5 Second of Summer talk about daylight as a ray of hope, Harry talks about it as a reminder of his lover’s absence.

Harry is reminiscing about a past relationship, not sadly or depressingly but out of love for Jezebel. The song keeps everything about the relationship hidden purposefully to bring out the fondness in it. 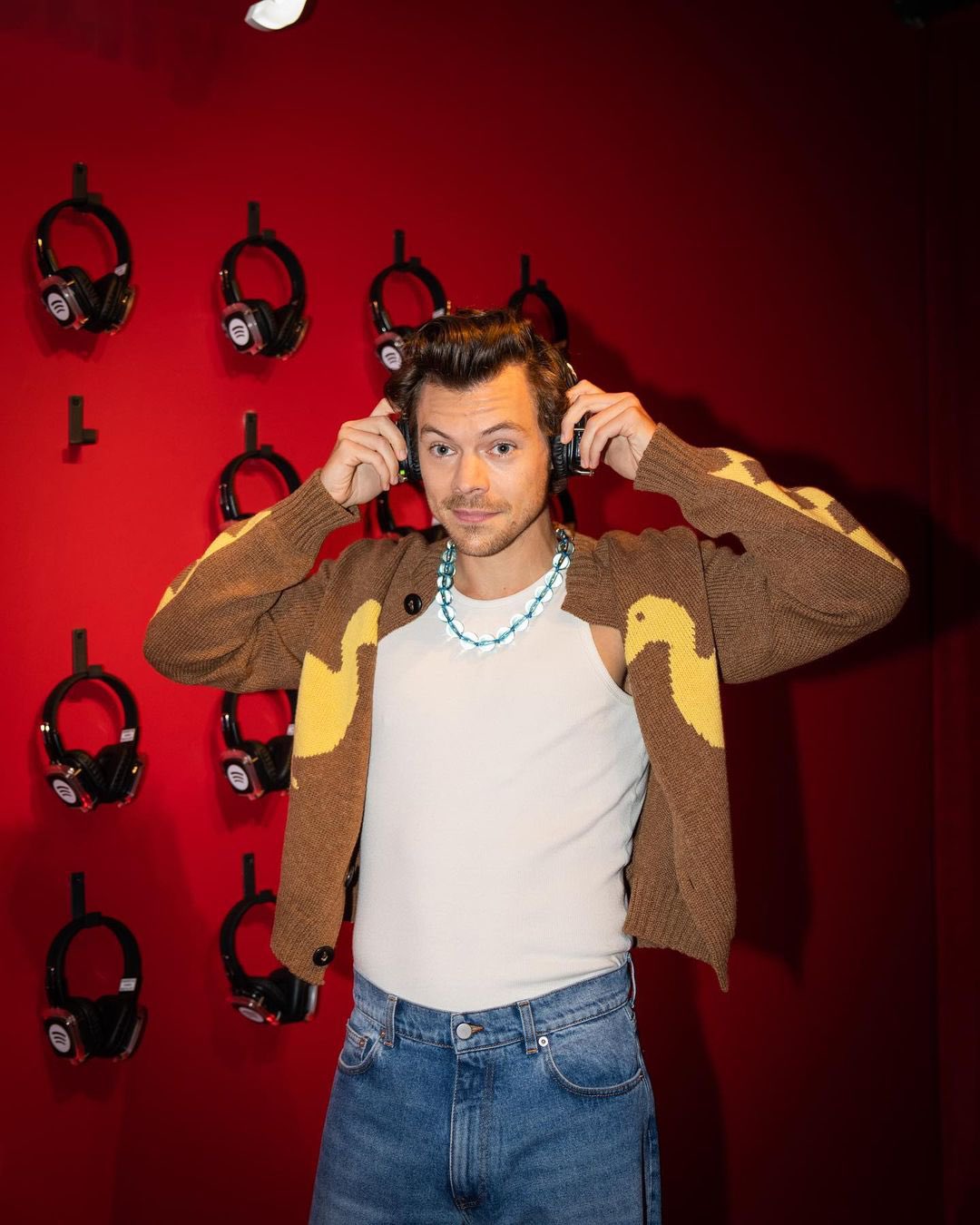 In the song, Harry mentions never showing his birthmark to the lover. This is a beautiful way of representing his tendency to put on a mask and hide his true feelings in a relationship.

Arguably, the best song on the whole album. Matilda is taken from the 1996 movie, Matilda. And just like the character of Ms Honey, Harry is telling Matilda to leave the toxic people out of her life.

Whether it be her family, friends or anyone, if someone is toxic towards you physically, mentally or emotionally, you should quit being around them. Something that Harry speaks about in this song is undiscovered childhood trauma.

As a child, we think the world around us is everything that we have and we try our hardest to hold on to it. But when we grow up the truth of the matter is facing us through the mirror and all we can do is live with it.

Harry mentions that rather than holding onto those people from the past, Matilda should just let it all go. This is the best storytelling that Harry has achieved through his songs since going solo.

The funny thing about this song is the meaning of the word cinema, used for multiple emotions and multiple situations, just like cinema makes us feel. Harry uses this component of the word to redundancy.

The catchiness in the second half of the song reminds me of Lights Up and She from the previous two albums. Harry takes the production back to the funkiness and groovy rhythms.

In the chorus, Harry makes a lot of references to popping like popcorn in a cinema just like the most cliche thing that young couples do in the cinema, make love.

This song feels like a continuation of the story between Harry and his long-term lover in Daylight. The song starts with Harry and his partner making love like there is no tomorrow, but it all ended when the morning came around.

Throughout the song, he dreams about her from day to night. Everything becomes a daydream for him. As the song ends he keeps mentioning being in love is akin to daydreaming. And through his definition, he wants to live in a dream loving his partner forever.

The song is about getting away from everything in the world and just looking at life with a yellow-tinted glass. While rose-tinted glasses represent living in a reality where everything is lovey-dovey, Harry uses yellow to signify happiness. 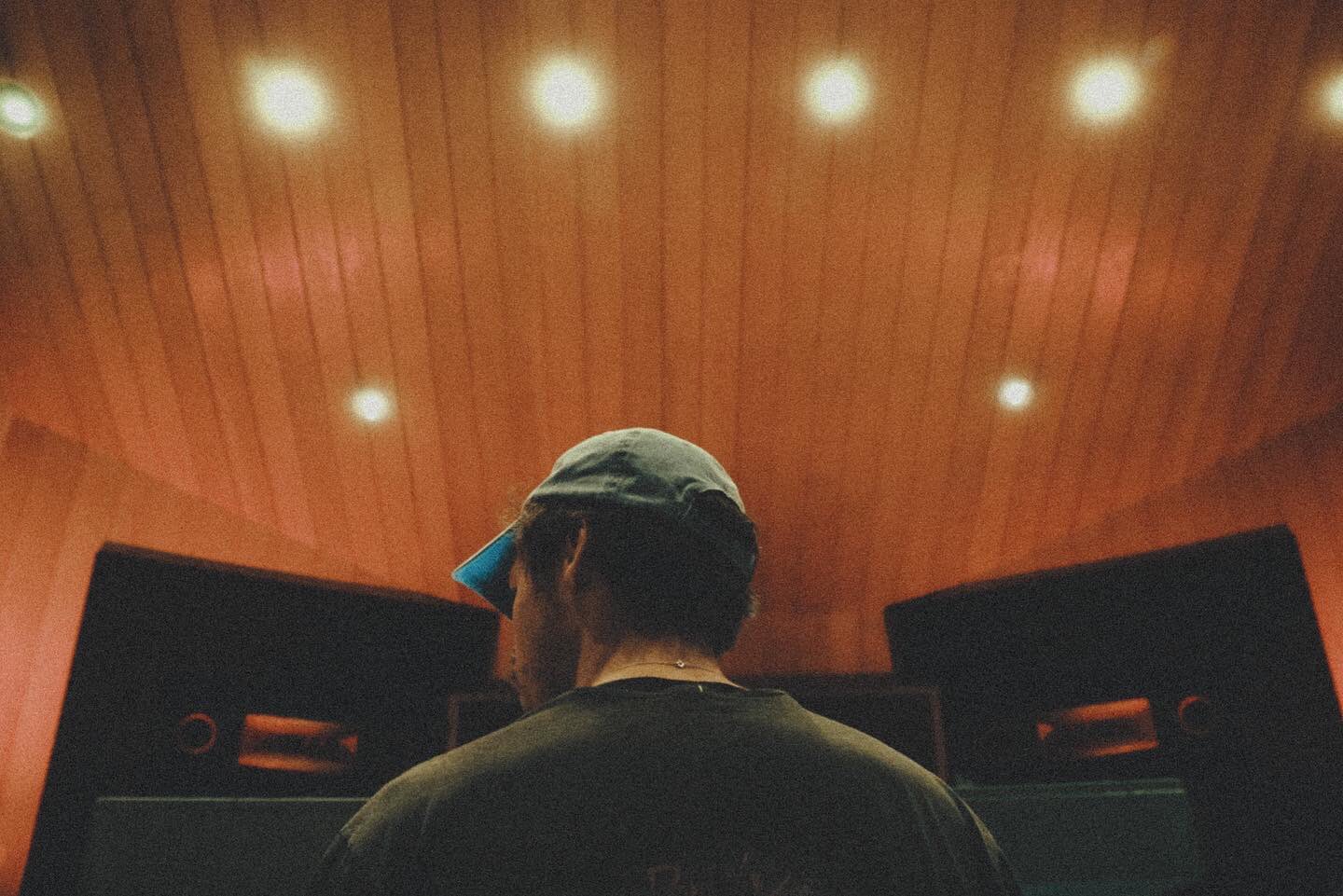 The recurring phrase, keep driving, is a metaphor for escaping the life that fame and money have brought him. The song is filled with mundane things that Harry and his partner do every day and also the fun during the weekend parties.

After seeing Harry and his partner go through so much together, the song starts with a conversation that suggests a bit of separation. It seems like the partner wants a bit of time away from Harry but as we have seen through the past songs, Harry is obsessed with this person and finds it hard to let go.

The chorus talks about the insistence of Harry to circle like a satellite but not being pulled back. The novelty of the metaphor runs out pretty fast and Harry repeating the phrase, again and again, takes away from the meaning of the song.

Another song that Harry included in his Coachella set, Boyfriends sparked major controversy among a lot of fans. With the theme of the song being about boyfriends, many speculated that this would be his coming out song.

But then as Harry always does, his vague pronoun use in the song and the interview with Apple Music didn’t reveal anything concrete about the song. The song is cheeky and calls out men on their behaviour in a relationship.

Love of My Life

The last track of the album, Love of My Life, is a closer which closes the album on a disappointing taste. The song never feels like an ending track and leaves listeners with a bad taste sonically.

But lyrically this is one of the strongest showings by Harry. He closes the album with the end of his story with the lover he alludes to throughout the album. At the same time, his love in this song could also be interpreted as London.

Harry’s House as a whole is the least enjoyable among his three albums released till now. While the debut had ecstatic production and Harry went the indie road which shocked every listener. And the second album was filled with commercially popular bangers like Watermelon Sugar High and Adore You.

The problem with Harry’s House is the hype surrounding it before its release. In the Homes & Gardens interview, Harry talked about the album with such care and delicacy that fans thought it was going to be a big moment. 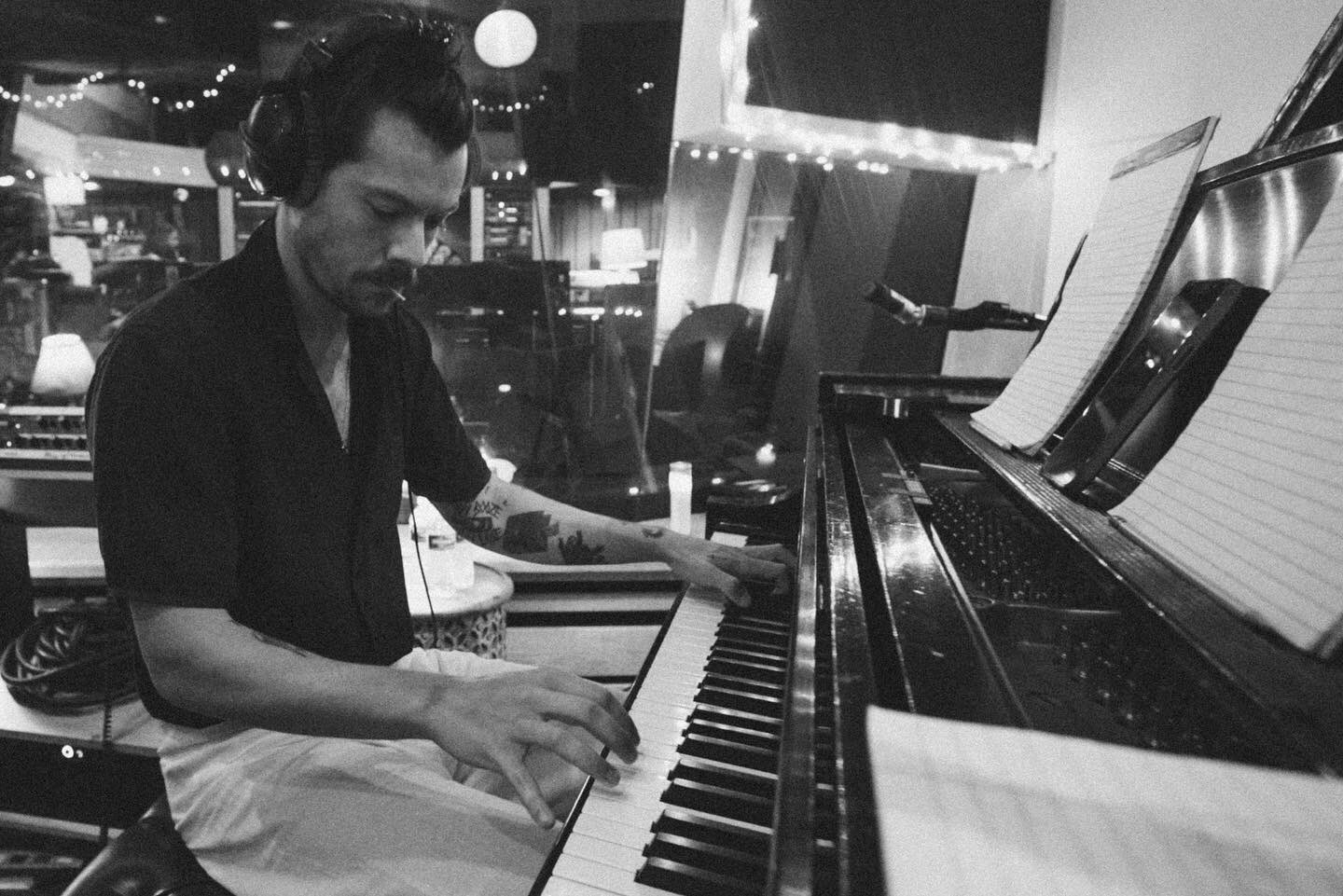 But Harry’s House is a chill vibe where Harry takes us through his usual day. There is no grandeur presentation or a big theme surrounding it. The album feels like a page out of the journal that Harry writes every day.

The album is a great time for any Harry fan but as a commercial success, only the charts can speak for it. But considering the excitement for the album and the hype surrounding it, Harry fans will stop only after making it the biggest one this year.