Sometimes breakups aren’t too harsh and people move on quickly. That’s pretty true in Harry Styles’ case. While, Olivia Wilde and Harry Styles’ romance was a major reason for her dramatic split from longtime love, Jason Sudeikis, even that relationship couldn’t stand the test of time. Recently, the former One Direction singer was spotted with his high-school ex, Ellis Calcutt and boy, they have a whole lot of history together. 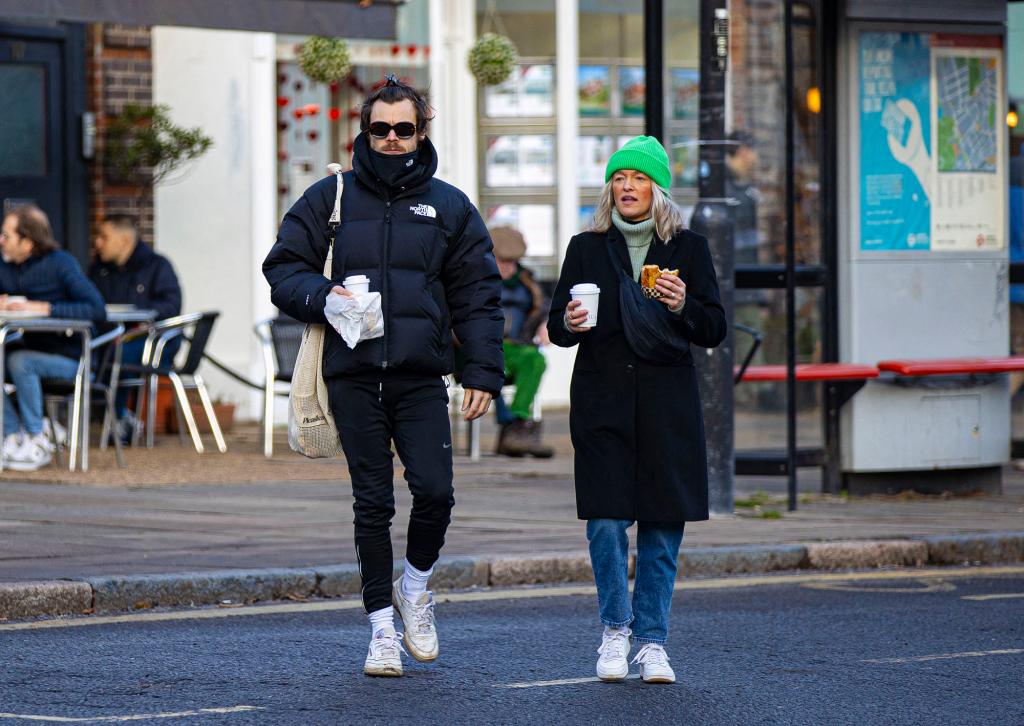 Harry Styles has moved on from his breakup with Olivia Wilde pretty soon. The “Late Night Talking” singer was spotted with his high-school fling, Ellis Calcutt on Wednesday (Jan. 25) as the duo grabbed a hot cup of coffee in London. Harry was seen wearing a black North Face jacket with black Nike leggings and a causal pair of sneakers.

He completed his look with a claw clip in his newly trimmed hair and black shades. Not to mention his tote bag from his beauty line. On the other hand, his high-school flame, Ellis Calcutt carried a coffee and a sandwich while donning a green turtleneck and a beanie along with. a black peacoat. The two were seen taking a stroll together.

Are Harry And Ellis Back Together? Harry Styles and Ellis Calcutt have a whole lot of history together. The “Watermelon Sugar” singer started dating Ellis in the early 2010s after having a brief relationship with Taylor Swift. The two were photographed in Scotland as the two enjoyed a movie date in 2012.

Back then, Ellis wrote a rather cheeky tweet for Harry, “Fly your booty up to Glasgow. I’ll buy you a kilt, whisky and a disgusting amount of haggis. Don’t make me come and get you.” In his response, Harry tweeted, “Ohh heyyyyy there [sic]! You’re so far! I love haggis.”

But then, Ellis wrote on her social media, “Wow, you people are so quick to make up rumours. “Me & Harry went for coffee together as we haven’t seen each other since last year,” she added. Moreover, Ellis was seen flaunting her engagement ring with her beau in March 2022. She shared her last image with her apparent fiancé was June 2022. Harry currently follows Ellis Calcutt. In November, the As It Was hitmaker and Olivia Wilde pulled the plug on their relationship after 2 years of dating. A source revealed that Harry and Olivia were “taking a break” from their relationship. The insider went on to say, “He’s still touring and is now going abroad. She is focusing on her kids and her work in L.A. It’s a very amicable decision. Well, Jason couldn’t have been happier after the duo announced their breakup, considering the endless drama between the former couple.

As for their present meeting, neither Harry nor Ellis has responded to requests for comments, and it appears like a friendly catch-up between two exes. While we aren’t sure what’s going on between the two, something is surely brewing, maybe just coffee, eh? What do you suggest?