Let’s just say, if you’re a fan of Prince Harry and Meghan Markle, you’re not alone. Fans have been obsessing over the royal couple for years—and it’s only gotten more intense since their exit from the Royal family. 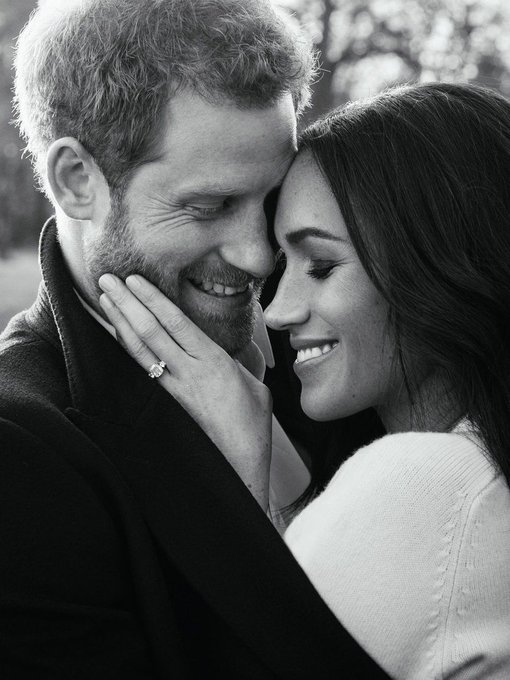 Prince Harry has been seen as the knight and shining armour king in the place of her beloved mother who was insanely admired by people around the world.

The Duke and Duchess of Sussex have been in the limelight for almost a year now and for different reasons since their popular appearance on the talk show Oprah Winfrey. The couple opened up about a lot of things that shattered the fans across the globe. 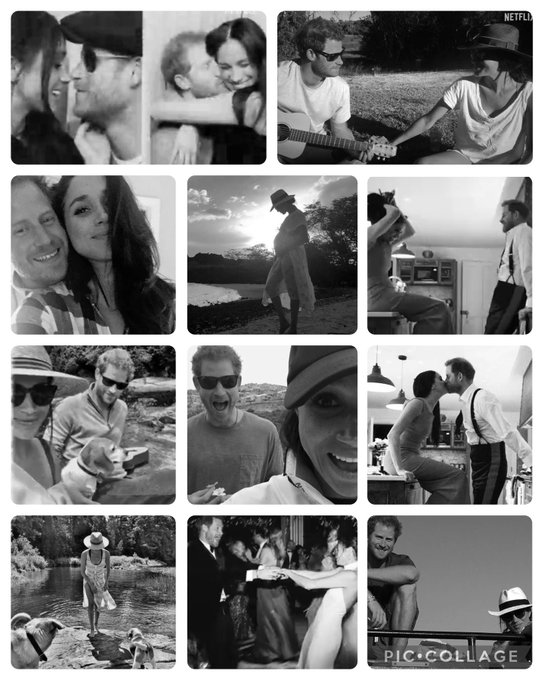 Clearly, a clean slate for up close and personal take into their lives is what was craved by everyone who was least touched by their oversharing on the show. The streaming giant, Netflix which is known to bring extraordinary things out in the world has outdone itself this time. 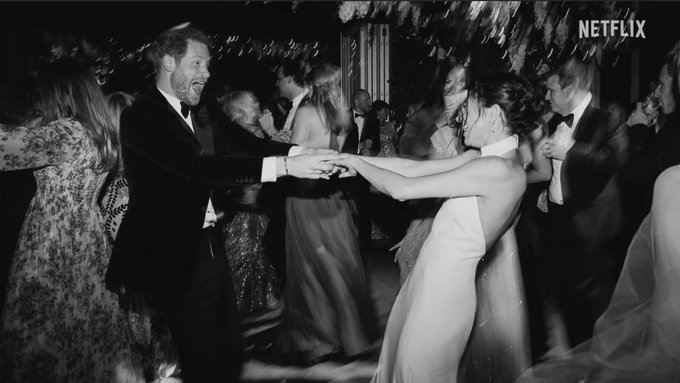 The streaming platform is bringing the never before seen life of the Duke and Duchess of Sussex to our screens very soon. Netflix has announced the arrival of the Harry and Meghan documentary.

A short trailer to warm you into the context has been released by the streamer. Check out this article to know everything.

An emotionally charged trailer of the Duke and Duchess of Sussex’s Netflix documentary has been released at a time when Buckingham Palace is in the spotlight due to a racism incident. The Prince and Princess have made a key visit to America where they presented their latest project – Britannia.

The Netflix trailer for the docuseries “Harry & Meghan” was released today, giving viewers a first glimpse of the couple who made public residence one of their top priorities after they married.

The video shows glimpses of the show – which will explore the couple’s lives together, including their charitable work and the much more talked about topic of their entire life – why were they excluded from the Royal Family? 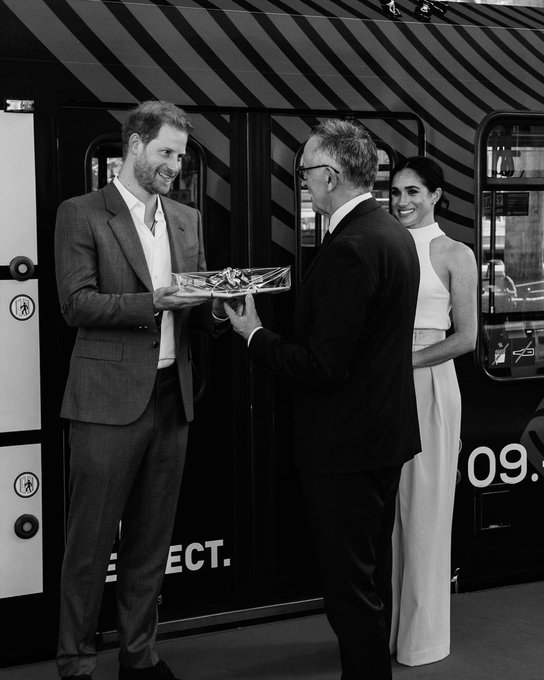 The trailer emphasised the sentence “what’s happening behind the closed door?” should give us enough context to understand that a lot is going to be unravelled in the upcoming docuseries.

The trailer also showed an image of Kate from the Commonwealth Day service where she is sitting alongside William. Meghan is behind Kate and Prince William. More photos show Meghan sombre in a black hat, taken at Queen Elizabeth’s funeral. Others of the bank of photographers that Harry is addressing. 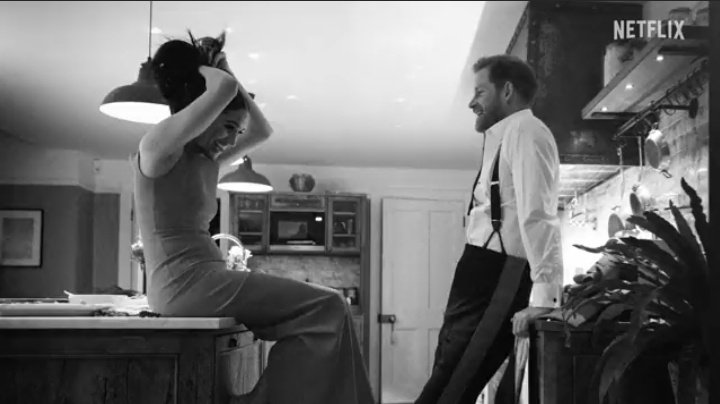 The trailer follow-ups with a lighter note showing photographs representing the happy moments in Harry and Meghan’s life. One shot shows the Prince playing the guitar on a day off for his wife, another one captures him picking flowers for her while hiking out in the woods with their dogs.

There are other photographs of them wading through streams and Meghan walking at their wedding as she is visibly pregnant with their first child. 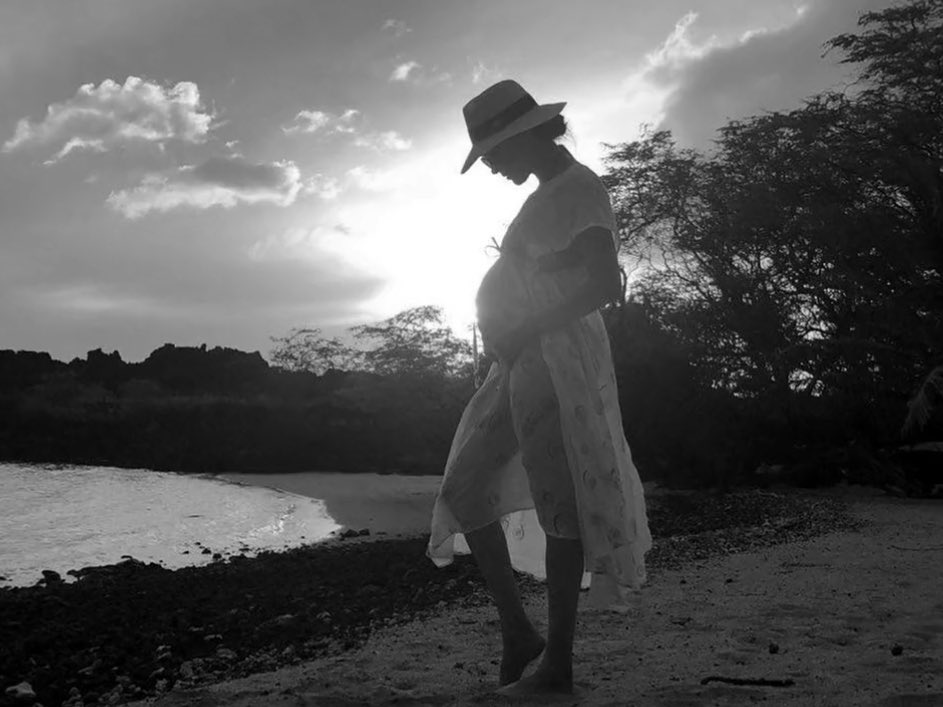 From what Netflix has said, the documentary series will be a more personal take on her family life. The trailer is packed with never-before-seen photos of the Sussexes, including selfies—regularly seen by royal family members—photos from their private wedding and shots from a photo booth. It is also noticed that some of their closest friends and family will be a part of the project.

When Is Harry & Meghan Releasing? 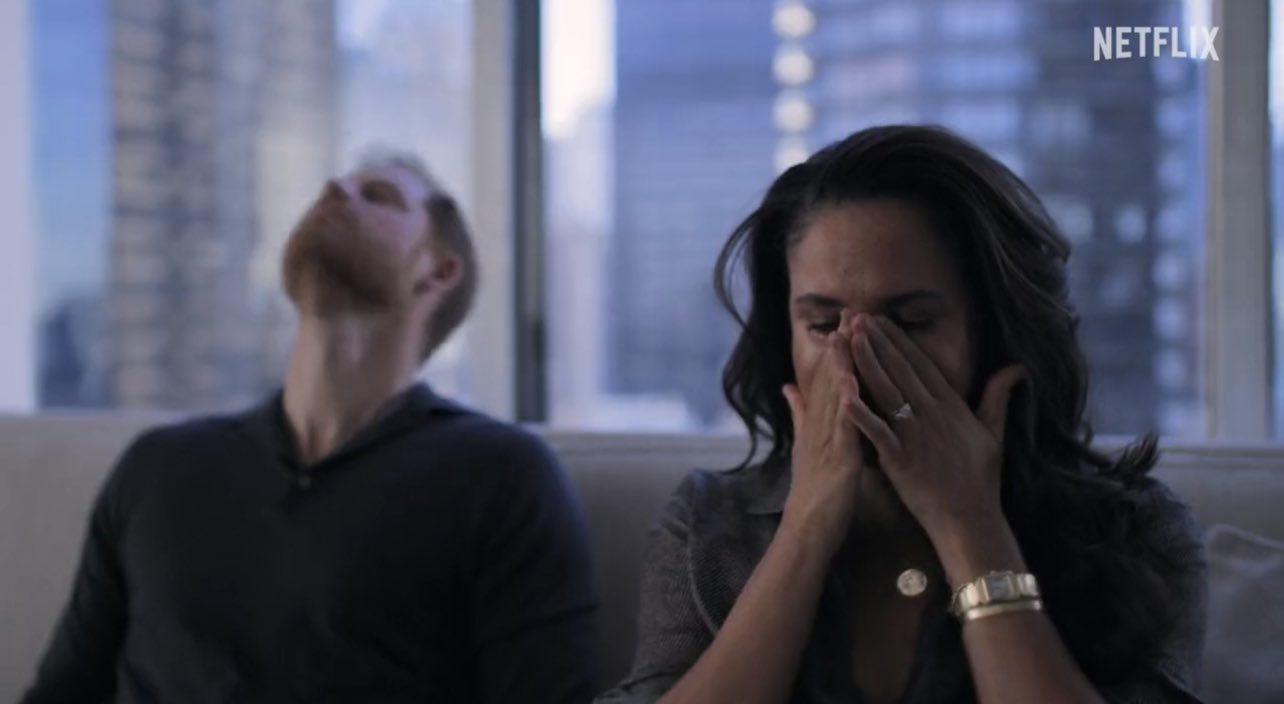 The new six-part documentary series takes viewers on a journey through the highs and lows of Markle and Prince Harry’s life as they prepare to live a life on their own terms regardless of anything is something we are all eagerly waiting to watch.

That being said, the trailer dropped in earlier today did not come with a big premiere date. So, we all have to wait a little longer for the big reveal.

What is the documentary going to be about? 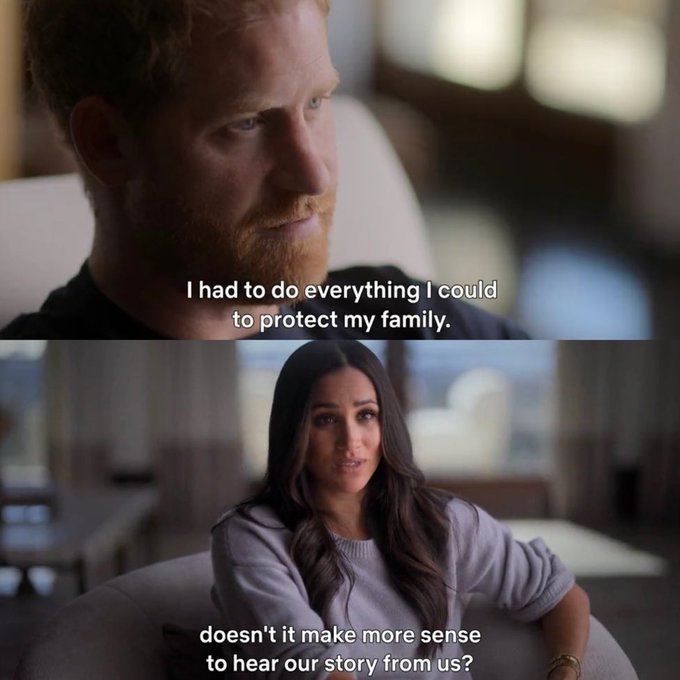 Their relationship, at its core, is like many others: They met like any other normal couple, had a spawning romance, fell in love and got married and had kids is very similar to what many others have experienced.

But there’s something more to their story. They’re not like one of the common couples. They got some of the most high-profile love stories in history, and their relationship is pretty popular among fans &amp; followers. The way each chapter is described here, though, is something that has never been seen before. 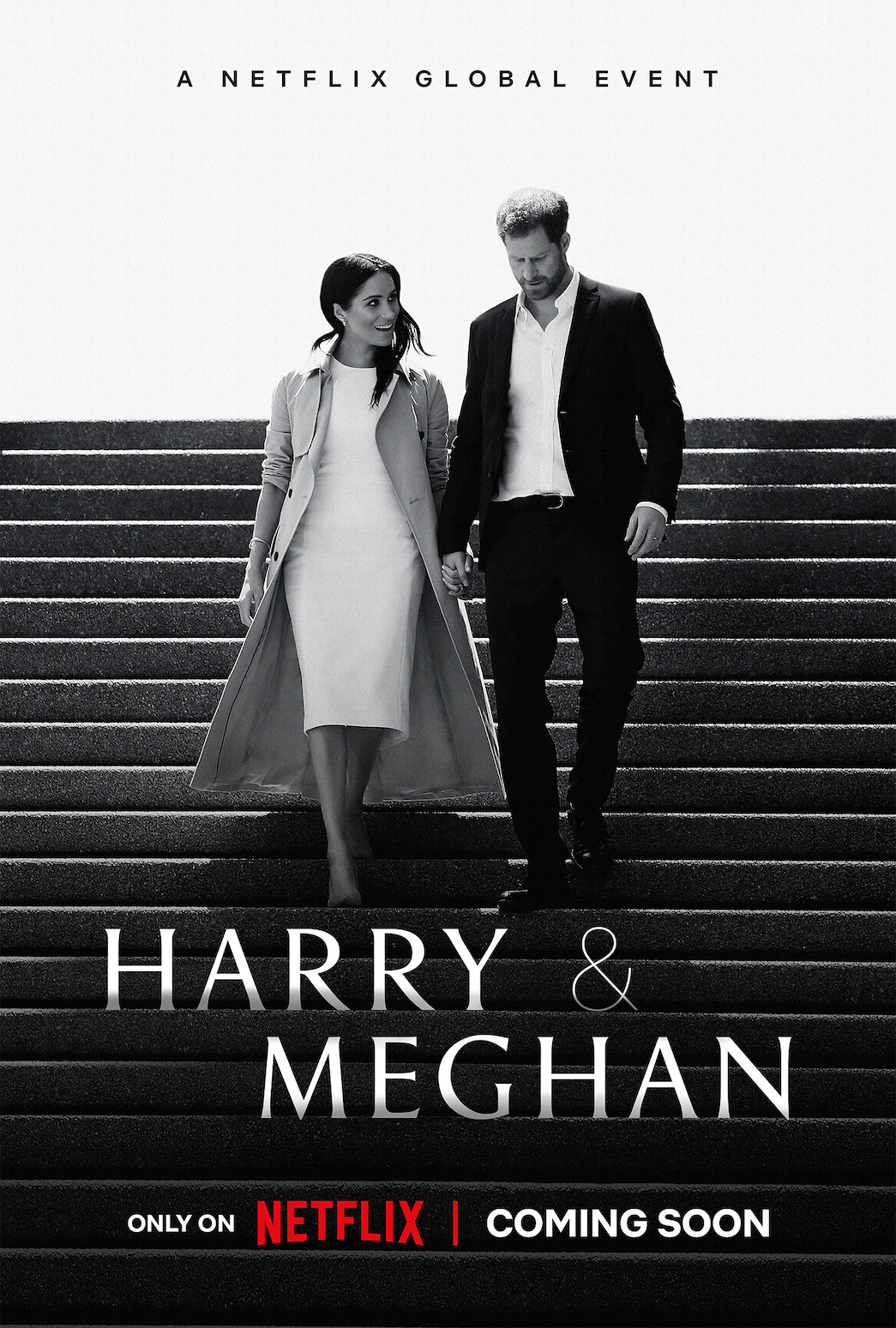 Harry & Meghan is a six-part documentary that examines the prince and actress’s relationship during its most pivotal periods: from their first meeting to those times when they stepped back from public life.

The upcoming documentary series follows the timeline of their relationship from the very beginning to the controversies they faced in recent times. 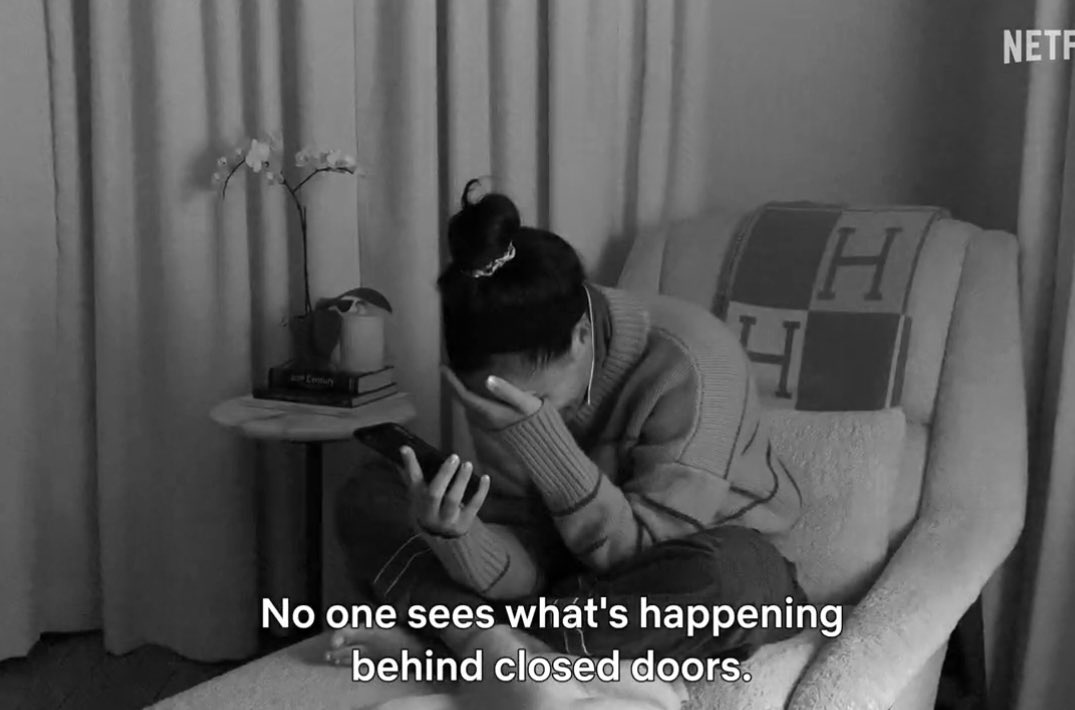 The series will feature interviews with previously unheard voices and delve into how the media shaped Harry and Meghan’s relationship with both the royal family at large.

The interviewees that share their perspectives in this series represent a great range of perspectives and backgrounds, including media historians and journalists.

Who is Making Harry & Meghan?

The six-part documentary is coming from the directorial cabinet of two-time Academy Award-nominated and Emmy-winning director Liz Garbus. 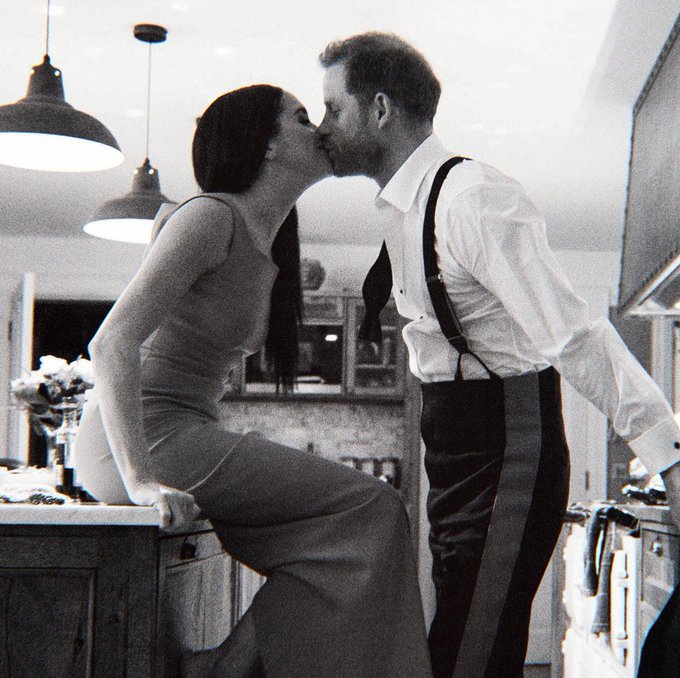 The timing of the trailer is definitely not the best for Buckingham Palace, which has just been rocked by the resignation of Lady Susan Hussey. She was one of the late Queen’s ladies-in-waiting, so it is no wonder people are disgusted with her. 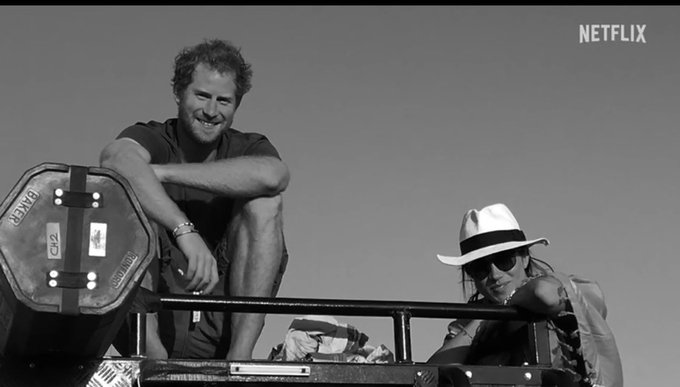 The docuseries is also coming as a follow-up on the biggest Royal public outbursts. In an interview with Oprah, Harry and Meghan spoke out about the treatment they received as working royal family members.

They also made headlines last year at a bombshell interview where a member of the royal family passed racial comments and asked for the skin tone of their baby boy, Archie.

It will certainly bring a mixed bag of reactions!