Greg Berlanti’s name is now imprinted on the Hollywood Walk of Fame!

Not that we aren’t aware of the culture that follows the Hollywood Walk of Fame, it is a dream destination for the majority of us.

Greg Berlanti becomes the latest name to be honored with a star on the Hollywood Walk of Fame. The honor he received for producing classic television shows Arrow, Everwood, Brothers & Sisters, and Dawson’s Creek.

“I’m sure I’m not the first person to receive a star who feels shocked or undeserving or overwhelmed with gratitude, but I’m feeling all of that,”, he said before receiving the honor. 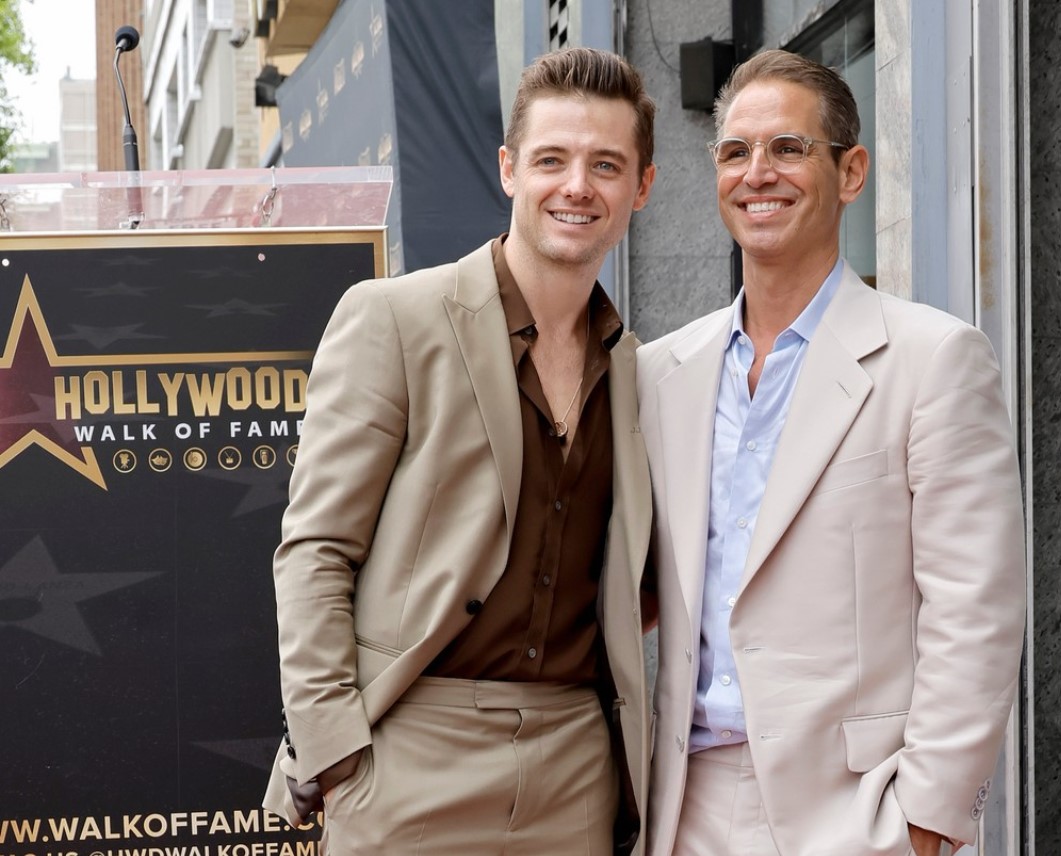 He continued, “It’s a wonderful acknowledgment of all the TV shows I’ve been so lucky and proud to be a part of, and just makes me even more thankful for all the friends, family, coworkers and audiences that have made a life like mine and a moment like this one possible.”

Sarah Schechter and Ryan Murphy, Berlanti’s long-time friends also accompanied him on his way to receive the honor. Peter Roth, Warner Bros. Television Studios chairman, and the chief executive officer was also present during the event at the 11:30 a.m. ceremony at 6420 Hollywood Blvd. 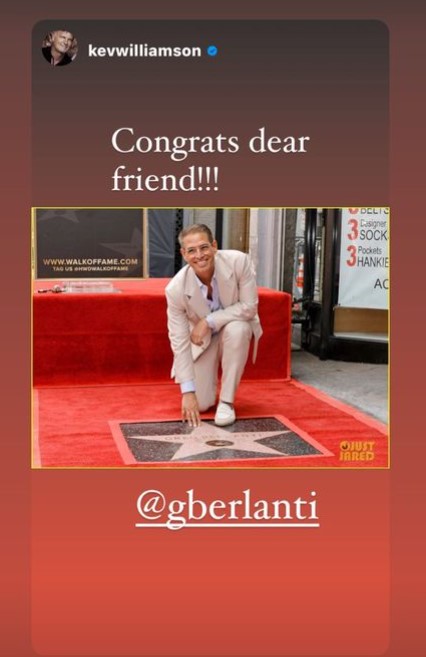 Greg’s journey in the industry began in 1997, as a writer. Dawson Creek was his first teen drama. He worked as staff for one year, and later shifted to become the executive producer and showrunner of the show.

Berlanti also involved himself in 2022 for the series Kung-Fu, the martian arts thriller. Furthermore, he also extended his hands to All Americans, the football drama, and DC’s Stargirl.

Berlanti is currently in progress with other CW series like The Flash, Superman & Lois, Riverdale, and Gotham Knight. All these series are scheduled to join the CW network midseason.

That’s not all. Berlanti is also the executive producer of The Flight Attendant, the dark humor mystery which will star on HBO Max. The show has been in Emmy nominations in 2021.

“Political Animals,”, Berlanti’s Emmy nominated drama miniseries in 2013 was also highlighted back in the time. Some of the other series where Greg Berlanti should be credited is You, Doom Patrol, and Supergirl.

Given the detailed amount of work Greg has contributed in, a star on the Hollywood Walk of Fame is appreciable. The Broken Hearts Club was Greg’s first romantic comedy-drama debut in 2000. In 2010, he became the director of Life as We Know It followed by Love, Simon.

The biography of Rock Hudson is Berlanti’s next. 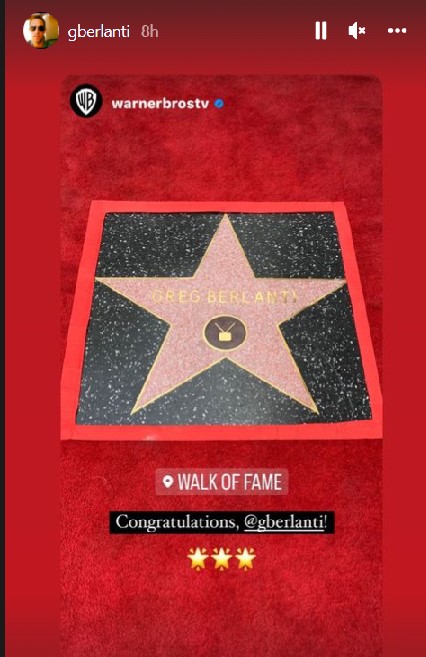 The actor shared a series of images on his Instagram from his close friends and families who congratulated him. 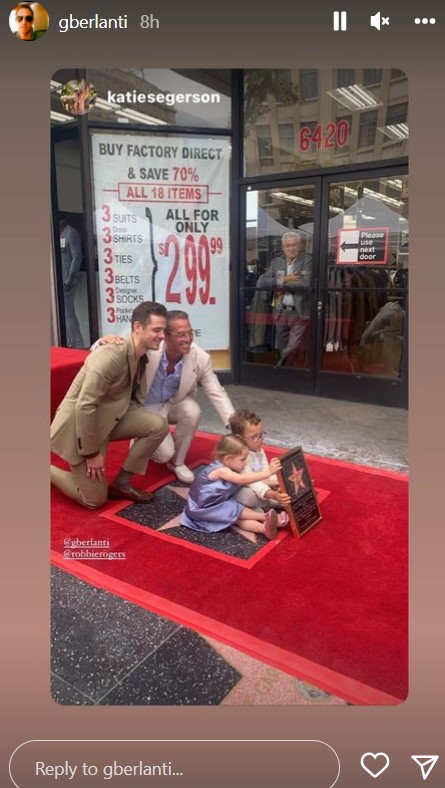 What is the Hollywood Walk of Fame?

The Hollywood Walk of Fame is a landmark full of brass stars along the sidelines of Hollywood Boulevard in California. The stars remark on the achievements of renowned stars from the entertainment industry including actors, musicians, producers, and much more. It is also a popular destination to visit for tourists.

Some of the popular names who have their stars on The Hollywood Walk of Fame include Tom Cruise, Walt Disney, Stan Lee, and so on.

Greg Berlanti is the new name on the list. 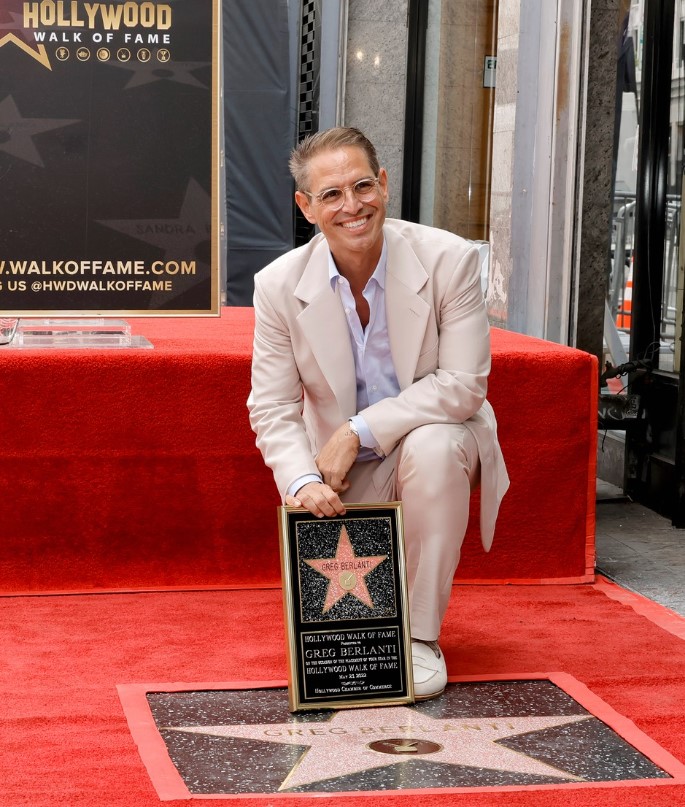