‘Good Trouble’ Season 5: Here’s Everything We Know So Far

Good Trouble is a show that has won the hearts of the viewers over time. Continue reading further to gain a better understanding of whether the drama series will be renewed for a fifth season or it will be canceled. What is the series ‘Good Trouble’ all about?

For those of you who are unaware, let us tell you Good Trouble is a drama television series. In short, it is a spin-off of the Freeform show The Fosters. The first season of the show premiered in the year 2019.

The first season of Good Trouble consisted of a total of 13 episodes. The story of season 1 follows Callie Adams Foster (played by Maia Mitchell) and Mariana Adams Foster (portrayed by Cierra Ramirez),  conceptually a few years after the earlier series, “as they embark on the next phase of their young adult lives working in Los Angeles.”

The second season of the series dropped in June 2019, followed by a third one in February 2021. The announcement regarding the renewal for the fourth season was made in September of the same year. It was released on March 9, 2022. And now the fans of the show are already eagerly waiting for the return of their favorite characters.

We must say that the creators of the show Joanna Johnson, Bradley Bredeweg, and Peter Paige have managed to make a dramatic television series that has kept the viewers at the edge of their seats over a couple of years.

If the drama series gets renewed for a fifth season, then there is a possibility that it could focus on Mariana and Evan’s new relationship and the ramifications for their jobs. There is a chance of us finding out if Joaquin manages to find Jazmin. Angela’s problems may get worse if she ends us confronting Malika about her past. We may get to learn that Gael and Isabella have a plan for their child. The relationship status of Dennis and Davis is still hanging in the air, we might even see a reconciliation between the two of them. One thing is for sure, if the show gets renewed for a fifth season, then it will be full of twists and turns.

What will be the cast for season 5 of ‘Good Trouble’?

The cast members who can be seen reprising their roles are as follows: Alice and Isabella, played by Sherry Cola and Priscilla Quintana could return, and Cira Ramirez, who played Mariana Foster in Season 4 may return to the drama series. 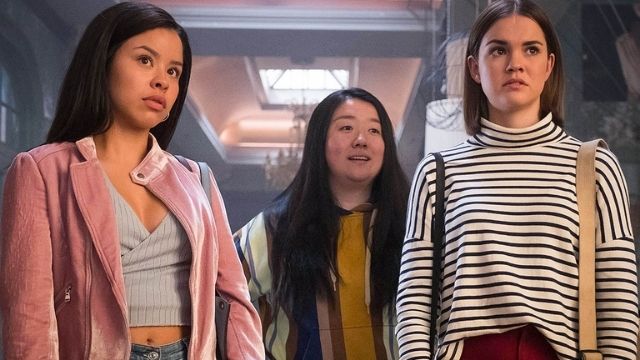 In addition to these members, Bryan Craig may reprise his role as Joaquin and Emma Hunton may reprise her role as Davia. Along with this, Zuri Adele and Josh Pence can be seen back again as Malika and Dennis. The show can also include Kara Wang, Tommy Martinez, Hailie Sahar, TJ Linnard, Marcus Emanuel Mitchell, and Yasmine Aker.

Are you hoping for a fifth season of the drama series Good Trouble? Kindly let us know your thoughts in the comments section below. Don’t forget to stay tuned with us for the latest updates from the world of showbiz.