Brazilian supermodel Gisele Bündchen, who finalised her divorce from Tom Brady on Oct. 28, 2022, secretly purchased an $11.5 million Miami Beach mansion across the creek from Tom Brady’s pad. It has been reported that Gisele was actively looking for properties in Miami before Tom took his break from NFL. 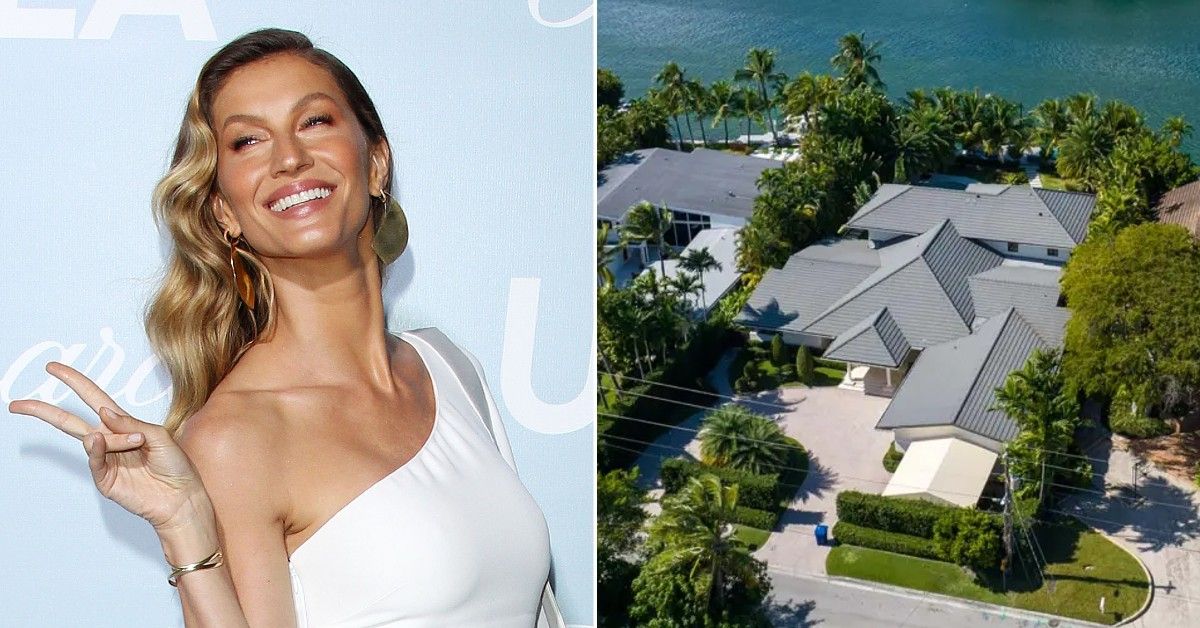 A Luxurious Mansion In Miami… Gisele Bündchen reportedly bought an $11.5 million luxurious mansion directly across the waterway from Tom Brady’s home weeks before the couple finalized their divorce. The 6,600-square-foot Miami beach mansion boasts five bedrooms and was bought on Oct.6, almost two weeks before Gisele and Tom finalised their divorce.

What’s more interesting is that the mansion is a direct view of the Tampa Bay Buccaneers quarterback’s under-construction mansion, located on Indian Creek Island. It has been reported that Gisele first viewed this place on Aug. 16, days before Brady took a shocking 11-day break from the NFL. There were rumours that he did so in order to save their relationship.

As for Tom’s under-construction mansion, the luxurious property includes a waterfront view of Biscayne Bay, while Bündchen’s new home is in Surfside, directly across the waterway called Indian Creek, where Brady’s mansion is located.

A Move For Easy Co-Parenting… “Gisele was actively looking at homes in Miami Beach even before Tom took his break from the NFL, which indicates that she was already done with the marriage and moving on,” a source revealed. We are also told that one can literally swim from Gisele’s place to Tom’s pad. The two homes obviously would have a dock, so it would be easy for the ex-couple to co-parent their children while living close to each other.

Tom Brady and Gisele began dating in December 2006, after a mutual friend introduced them on a blind date. The two married in February 2009 at St. Monica Catholic Church in Santa Monica, Ca. The couple were so much in love that they even had a second marriage ceremony in Costa Rica.

Tom and Gisele share two children: a son and a daughter. Brady also has a son from a previous relationship with actress Bridget Moynahan. However, the two ended their 13-years marriage on Oct. 28, 2022, as they finalised their divorce.

“We arrived at this decision amicably and with gratitude for the time spent together,” the seven-time Super Bowl winner wrote in an Instagram Story statement last month, clarifying that the “painful” divorce is finalised. He added, “We are blessed with beautiful and wonderful children who will continue to be the center of our world in every way.” “My daughter always says, ‘Daddy, you did not have a happy face out there.’ And I’m trying! I wish I would have more awareness of what the scowl looks like, but I’m doing my best to try to get to a better place and better peace of mind,” the NFL quarterback, 45 told on the podcast. Well, the ex-couple may be done with their longtime love, but they’d still be living pretty closer for the years to come.