Peacock dropped Season 2’s trailer for Girls5Eva, the critically acclaimed and Emmy-nominated comedy show. The show is about a 90s one-hit-wonder group that reunites  decades after being in the spotlight. The new season is all set to premiere on May 5. 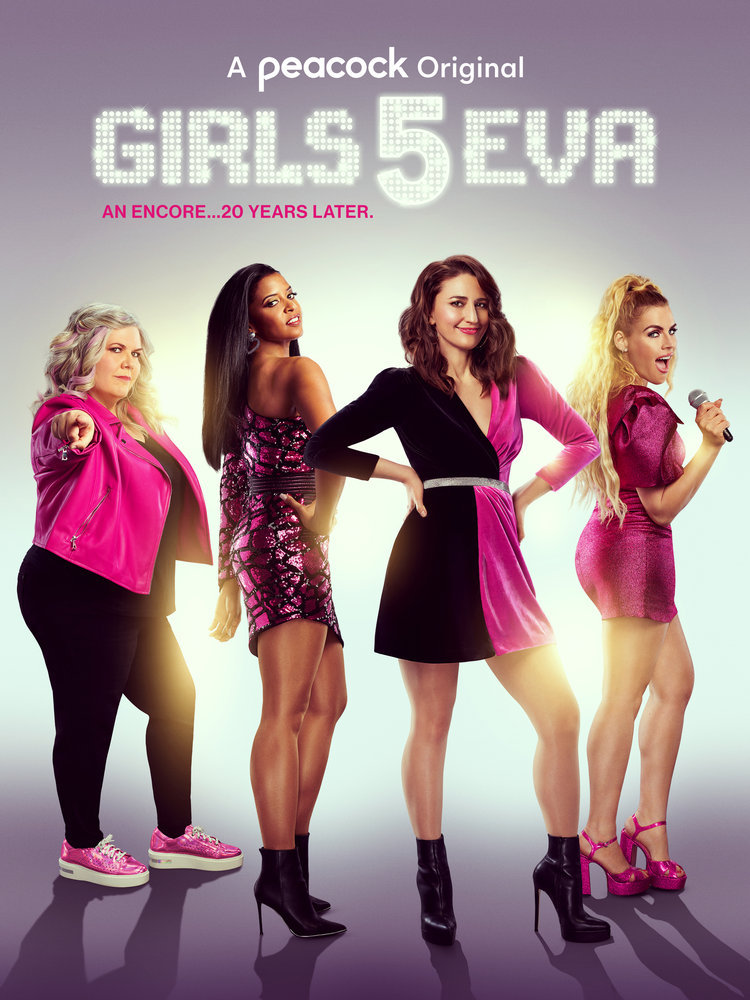 What Is Girls5Eva Show About?

The show stars Renee Goldsberry, Sara Bareilles, Busy Philipps, and Paula Pen as members of the popular band Girls5Eva. The series is created by Meredith Scardino with Tina Fey being one of the executive producers.

The group of girls reunite two decades after their one and only hit song was launched. No one remembers their song anymore. The group of girls is all grown up now and are well settled into their lives. One of the band members tragically died while trying to swim off of the edge of an infinity pool.

A rapper samples their song and sparks a wave of interest in the band and their music after all this while. This newfound interest is enough to get the band back together, this time they also have to manage other areas of their lives along with trying to be a famous band.

The show takes you on comedic flashbacks of popular Girls5Eva songs that are spot-on copies of the senseless music that used to be famous back then. However, that is not all as the show also takes you on the brutal journey of what it takes to reenter a brutal profession.

What Is Season 2 about?

In the video clip, the girls officially enter “album mode” as they get together to come up with another album. A reporter describes their attempt as “hopes to become two-time wonders”. Although finding success again after two decades will not be easy, the girls are ready for war.

In the clip, Goldsberry can be seen saying “We just have to make the most undeniable album of all time”. She then proceeds to break into some riffs from her “riff Rolodex”. The rest of the clip shows glimpses of rehearsals, music video shoot, and even live performances.

Talking about the upcoming season, Scardino said “We are so excited to share the next chapter in Dawn, Wickie, Gloria, and Summer’s journey as they enter ‘Album Mode’ and embark on making their first studio album on their own terms.” It will be really fun to see how the group tackles various hurdles on their way to becoming popular again. Along with their attempt to get famous again, the group has their troubles to deal with including spouses, kids, parents, debt, jobs, and even shoulder pain.

The Emmy-nominated show promises to be full of entertainment and fun. One excited fan commented on the trailer “im [sic] glad they got a new season cause last season was great!!!!!”. Another user also shared the sentiment with their comment “Looking forward to watch [sic] this!”.