Gigi Hadid Stole the Spotlight by Walking the Runway for Moschino

American star model Gigi Hadid is back to work with a bang as her little daughter has turned 11 months old. The model who made her appearance for Moschino’s show by walking the runway stole the show with her quirky outfits. 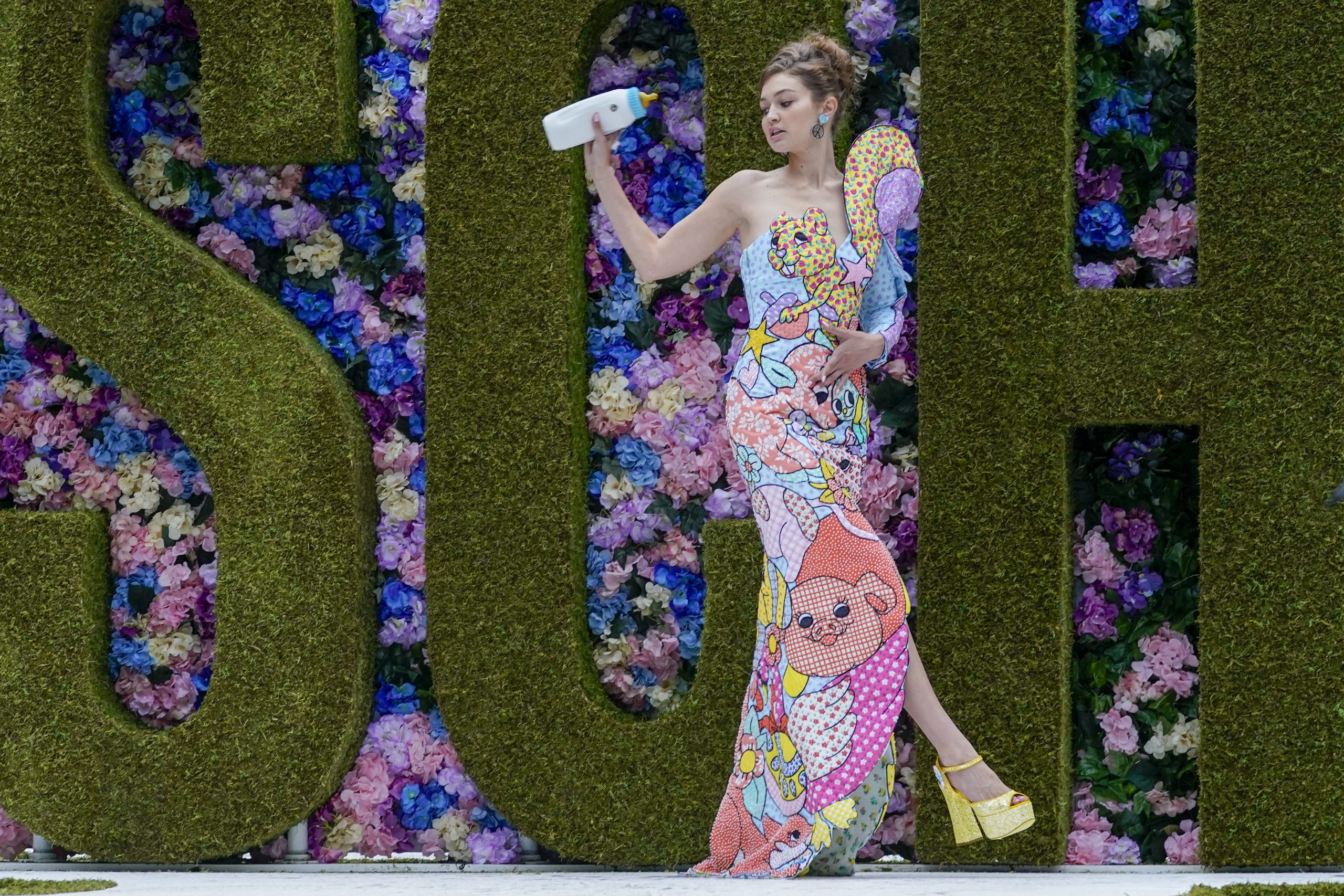 Gigi Hadid was seen gracing the ramp at this year’s New York Fashion Week (NYFW) show and the supermodel was looking absolutely impressive in two of the Moschino brand’s bright funky outfits.

She was the first and last performer at the show. She was seen holding a big baby bottle in her hand while she was on the ramp. 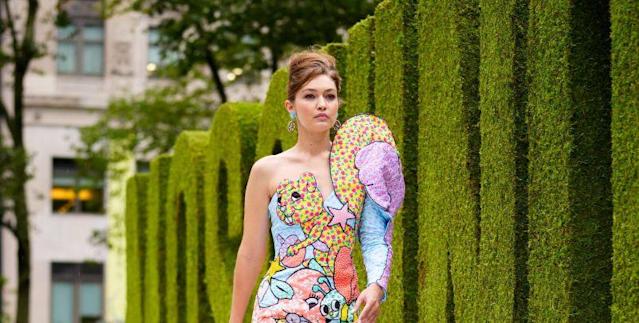 Jeremy Scott, a famous American designer who has been in charge of affairs at fashion house Moschino as creative director has called the show “Ladies Who Lunch” that took its inspiration from children’s toys as well as young tea parties. Over the years Scott was successful in building his reputation as “pop culture’s most irreverent designer”, and “fashion’s last rebel”.

Another outstanding performance in the show was from Aaron Rose Philip who was seen in a yellow two-piece set with a matching jacket.

Gigi Hadid appeared for the first time at NYFW where the show was based on a baby theme with different outfits designed with 3D animals. 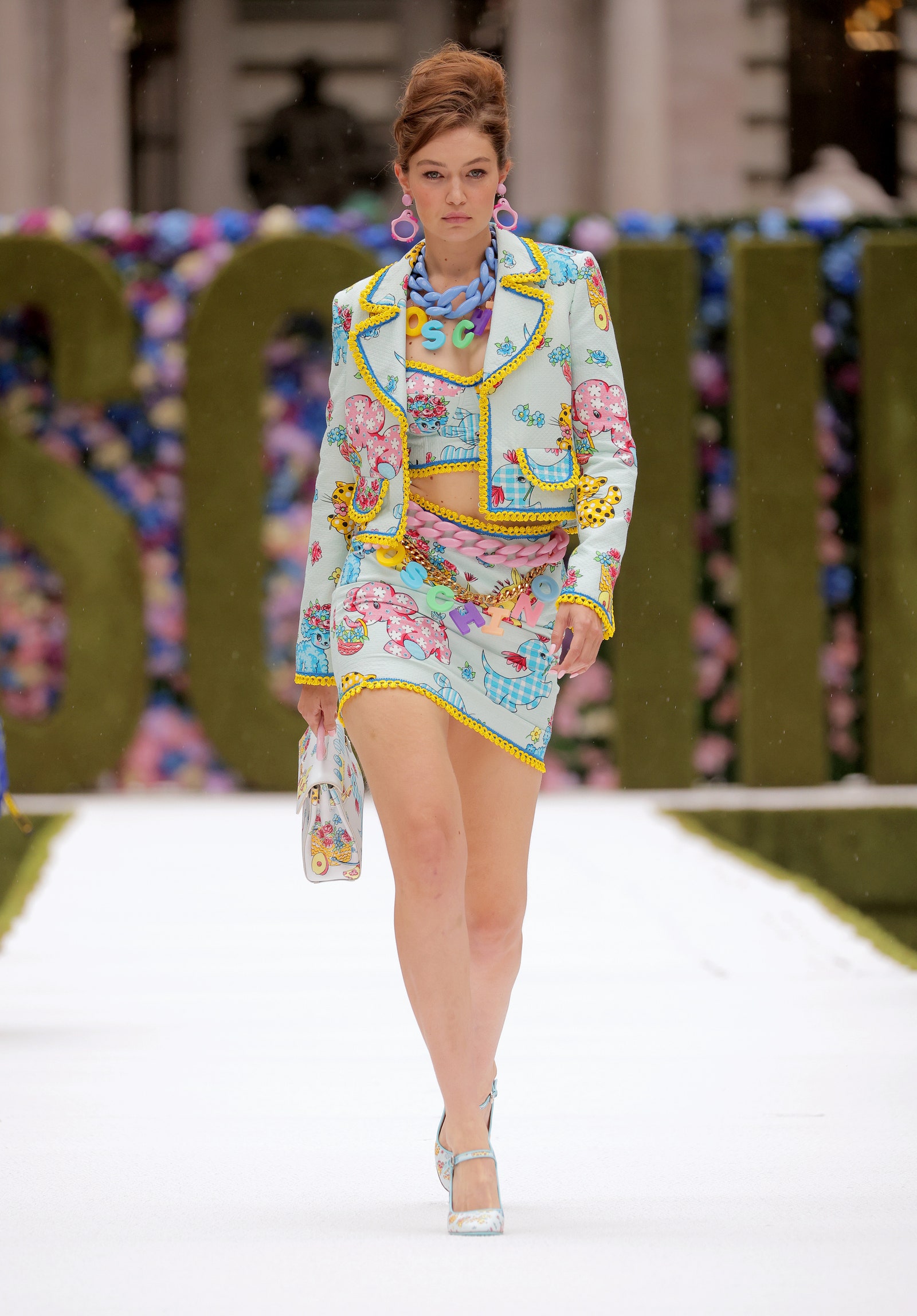 Even though there were heavy rains at the event that was held at Bryant park it was continued and the show was closed when Supermodel Gigi Hadid appeared in two fantastic outfits with farm animals pictures printed on them.

She added a baby bottle as an accessory to complete one of her looks as she walked the runway as though sucking and biting it. And this is what stole the show. 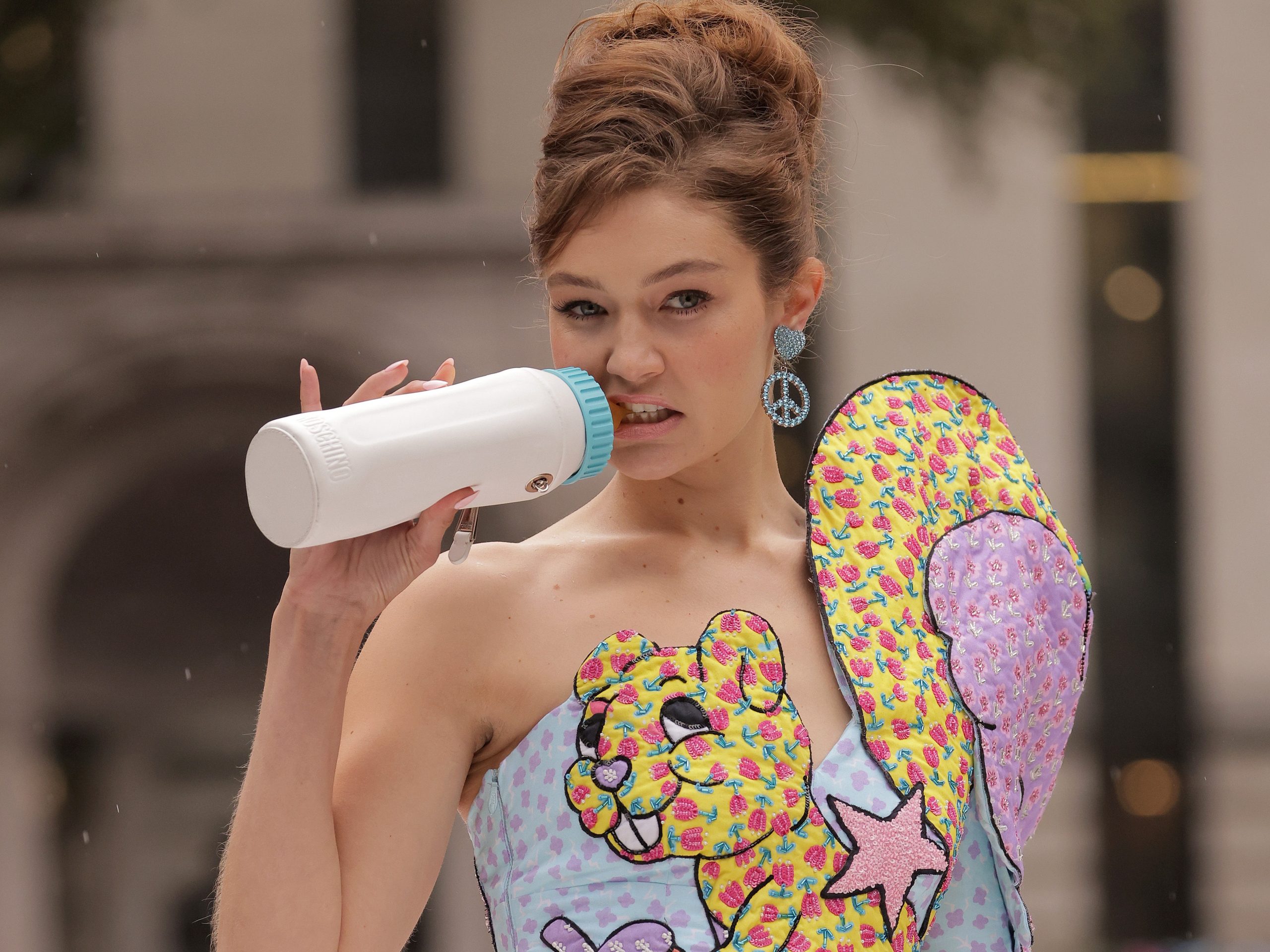 Grabbing all the attention from the audience, the model made all eyes glued to her fierce look with a baby bottle!

After completion of Jeremy Scott’s Moschino show, Hadid made it straight to an event where she was seen walking on the red carpet in a black dress that was styled by Mimi Cutrell.

She was looking gorgeous in a pair of black shoes and safety pin earrings. Gigi was looking bold as her hair was designed to resemble a rope.

So, what is your take on Gigi Hadid’s runway look? Which look of the supermodel did you like the most? Share your thoughts. Do not forget to stay connected to this space for more latest updates!