William Jonathan Drayton Jr. popularly known as Flavor Flav is a father to another baby named Jordan. He is already a doting dad to 7 kids. Keep reading, to know more about his new baby. As per the reports of TMZ, after the results of a paternity test came out, it was confirmed that the American rapper was the father of a 3-year baby boy who will now be taking his last name.

The name of Flavor’s son is Jordan. The grandparents of the kid, Barry and Parchi told the media outlet that their daughter Kate used to be the singer’s manager back in the day. She was his manager for a few years. The two had a romantic relationship during the time. 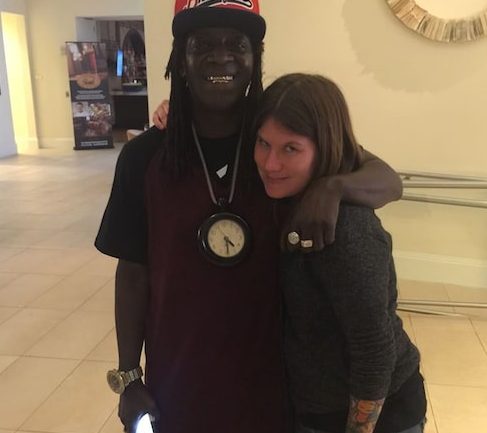 At one point, when Kate was working for the I’ll Never Let You Go rapper, she got pregnant and she had Jordan but it has been reported that for a long time, Flav was not sure that the child was his son. Right now, Kate does not work for Flav.

Soon afterward, the grandparents of the child told TMZ, that Flavor submitted his DNA which ended up matching Jordan’s. So it is proved that Flav is the father of the child. It has also been stated child support and a custody arrangement have been made.

Flav is already a father of 7 Children

Yes, you heard it right. Flavor has seven kids and now with Jordan, the total number of his children has gone up to eight. The names of his kids are as follows:  Da’Zyna Drayton,  Karma Drayton, Karren Drayton, Quanah Drayton, Shanique Drayton, Kayla Drayton, and William Drayton.

Me and my 7 children-Quanah-William-Shanique-Da'Zyna-Kayla-Karren-karma all Drayton's & I'm proud of every last one pic.twitter.com/Gns69JfYUu

Flav shares three daughters Shanique, Karren, and Karla Drayton, from his relationship with Karen Ross. The couple dated in the 80s and 90s. Then, he had daughter Da’Zyna and son William with ex-partner Angie Parker, son Karma with Liz Trujillo, and son Quanah.

Flavor has been spending some quality time with his son Jordan

And it also looks like Flavor is spending more time with his son lately. He has been teaching his son how to play drums and he has had a chat with Kate regarding their baby taking his surname Drayton. 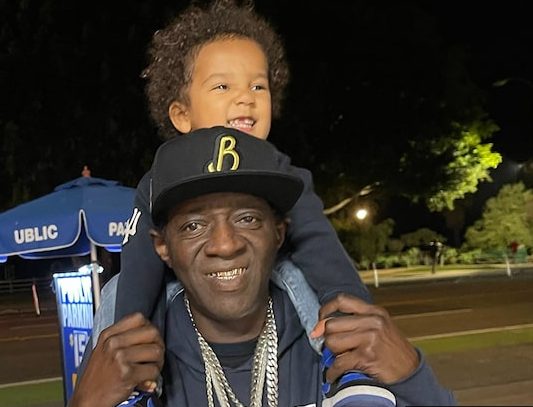 The two of them have already filed legal documents to make things official and a hearing for the same will be held later this year. Jordan is Flavor’s eighth child, so he might be saying, “Yeah, boyeeeeee!”

We send our heartiest congrats to Flavor Flav on welcoming his eighth baby into the family. Sending lots of love, light, and laughter to his little bundle of joy. Don’t forget to stay tuned with us for the latest updates from the world of showbiz.