Psychological horror movies are typically very good at creating suspense through character development, atmosphere and visuals rather than just relying on shock value alone (although there are exceptions).

While not every psychological thriller will have you screaming at your TV, they do require an element of suspense that makes them stand out from other types of films.

The audience must not only learn who their protagonist is but also their motives for doing what they do and how they react when things don’t go as planned.

One such film that fits every aspect of above mentioned paragraph is M. Night Shyamalan’s latest Knoch at the Cabin. The man who is best known for producing gripping contemporary stories that completely change your perspective towards the end.

And this one sure looks like it. The film is here with its thrilling trailer that you should not miss. Take a look!

Universal has released the first trailer for M. Night Shyamalan’s horror mystery film Knock at the Cabin, which is set to adapt Paul Tremblay’s hit novel The Cabin at the End of the World.

The trailer was unveiled at midnight in Pacific Time, a playful release strategy connected to both filmmaker and author names—as well as a book that concerns itself with apocalyptic events.

In the trailer, we are introduced to a secluded house cut off from civilization by an endless forest. As a way of celebrating their time together as a family, they decide to stay at the home for their vacation.

In the trailer, we see that Andrew and Eric don’t waste any time taking their daughter to a serene lake in hopes of getting some much needed rest.

However, matters are quickly complicated by strangers who show up at their cabin while they’re there. Everyone must make difficult choices about how far they will go out to ensure their own survival.

The group of strangers restrain the family and reveal that the end of the world is coming soon and to prevent it, one of them needs to die (chosen by the others). It’s up to the family to choose who’ll be the victim.

The film looks fantastic in terms of casting as some of the brilliant actors have got onboard including Jonathan Groff and Ben Aldridge. They are accompanied by their on screen daughter Kristen Cui. The film also stars Rupert Grint, Dave Bautista, Abby Quinn and Nikki Amuka-Bird. 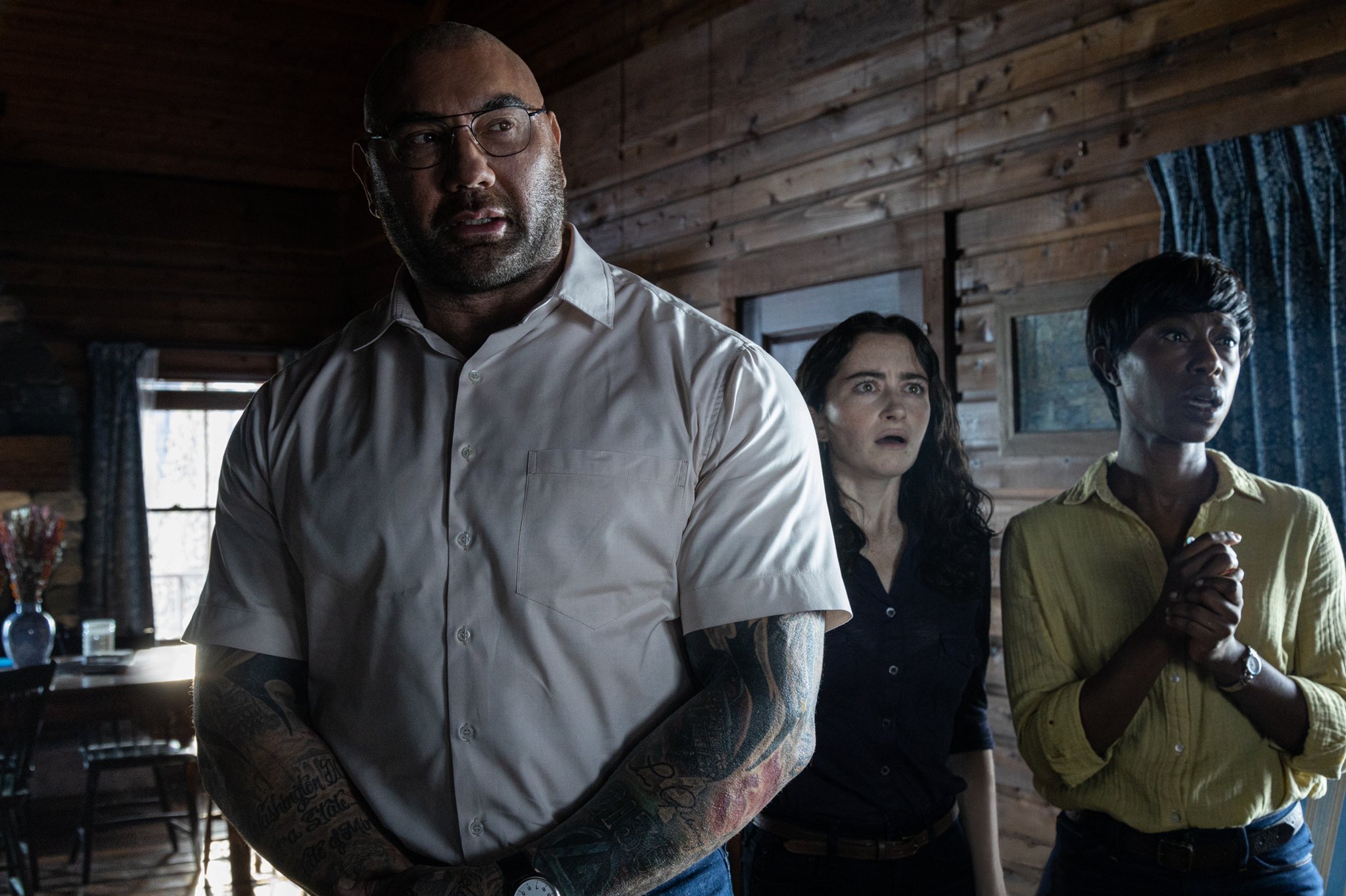 Though it is too soon to tell, Shyamalan’s new film Knock at the Cabin looks like a return to form for the director. And if he can maintain that faithfulness in his adaptation of the novel then it might be able to call it one of Shyamalan’s best films.