Recently, a leaked song featuring Jack Harlow and Drake has gone viral on the internet. The song was leaked about a month before Jack Harlow’s album’s release, which according to speculations, is when the song was meant to originally drop. 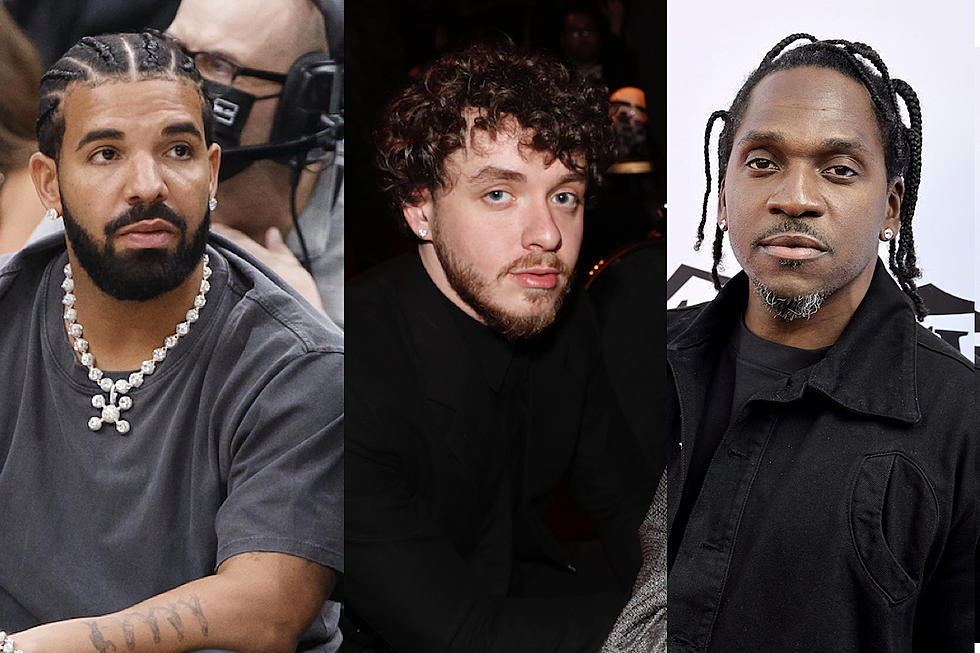 Harlow’s album titled “Come Home To The Kids Miss You” is set to drop on May 6th. It was initially announced in March.

The song called “Have A Turn” got leaked on April 13. Neither Harlow nor Drake have come forward to address the leak. Usually, after a song leaks, celebrities do not make any comment on it as talking about it attracts more attention towards it.

The song has since been removed from social media, suggesting that it was indeed an unreleased song that the duo planned on releasing at some point. Otherwise, there was no reason for the song to be removed, especially when it was doing well and had so many people talking about it.

In the song. Drizzy (Drake) has a verse where he seems to be dissing Push. Push was the rapper who outed Drake for secretly having a song Adidion. Push had released a song about it called “The Story Of Adidon”. For those who don’t know, Pusha-T and Drake’s issues go way back. It first started when Drake got dissed back in 2011. Then Pusha dropped a song “Don’t Fuck With Me” which sampled one of Drake’s songs called “Dreams Money Can’t Buy” where Drake had dissed Pusha.

What Is The Song About?

On the unreleased song, Drake’s verse goes “My urges for revenge are uncontrollable/I know we’re gettin’ older though, yeah/But I gotta get a nigga back for that/It’s non-negotiable, it’s not even debatable,”

Drake further raps on the song, “All I hear is plug talk comin’ from middleman/All I hear is tall tales comin’ from little men,” he spits. “If I see ya’, I spit in ya’ faces, ha-tu/Daytonas with the green faces.”

The song has received mixed reactions from fans. Some believed that Drake went out and dissed Push. Drake’s fans were hyped about the song as they were not expecting it. Many users quoted verses of the songs that they loved the most.

Another user also shared positive feedback about the song.

THE 6GOD IS BAAAAAAAACK 🔥🔥🔥🔥
and did I mention out for BLOOD
RIP Pusha T#JackHarlow #Drake https://t.co/GmcigR1kU7

The user suggested that the song had a lot of lyrics that could be used as quotes.

Drake tore Pusha T up on that Jack Harlow leak. How long until Push responds?

A fellow tweeter wondered when Pusha would respond to the diss.

However, not all the reviews were positive. A Pusha fan tweeted the following.

Drake just be giving Pusha ammo 😂😂😂 made fun of Drake for being white and now Drake dissing him on a white man’s song. Drake must got a new ghostwriter in the tuck and baiting Push. Only way it makes sense

Another person shared the same sentiment when he tweeted supporting Pusha.

Although most people took sides, some were just enjoying the show. At the end of the day, the fans are getting good songs and getting to enjoy some of the best work by their favorite rappers. The beef that has been going on since 2011 has no signs of slowing down. Now the fans await excitedly to see if Pusha responds to the diss.