Kaley Cuoco is one of the most stunning and talented actresses on television. Penny from “The Big Bang Theory” is one of her most well-known roles. She was cast in the part of Penny the next-door neighbour and has since been everyone’s favourite. Well, check out the few intriguing facts about star Kaley Cuoco A.K.A Penny if you enjoy The Big Bang Theory. We’ve learned some fascinating information about the legendary actress and thought of sharing it with her fans and viewers. Her outstanding performance has also earned her numerous awards in the show industry. She could be able to attain other opportunities now that she’s no longer playing the legendary role of Penny. 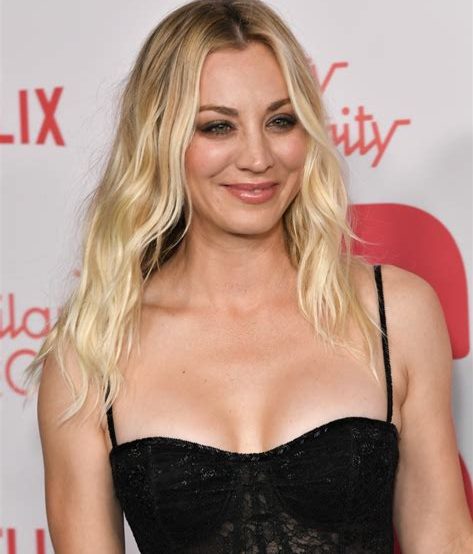 So, let’s dive straight into the fascinating facts about Kaley Cuoco, the stunning and accomplished actress who is also the crush of many individuals. 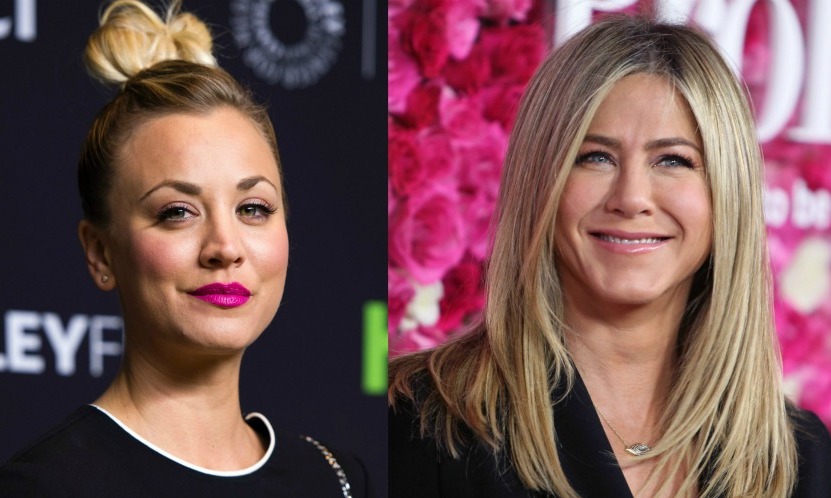 Kaley Cuoco is a young actress who has made a name for herself in the entertainment industry. If you’re a fan of “The Big Bang Theory,” you should be aware of this fascinating tidbit about her. It was one of Kaley’s first acting roles. She’d been working in the sector since she was a child, possibly around the age of seven. She appeared in roughly six Barbie advertisements during her childhood.

Kaley Cuoco is a big admirer of Horses. She loves them a lot. You’ve most likely seen her several photos with horses and while riding. She adores horses so much that she married an Equestrian, Karl Cook. She’s been horseback riding since she was a teenager, and she often competes in numerous competitions under a disguise to show off her abilities. Kaley also got herself a cute little tiny horse as well. The newest member of Kaley and Karl’s family has been nicknamed Shmooshy, after the horse’s snout, which Kaley defines as “all shmooshed.”

Kaley Cuoco didn’t attend school; instead, she was home-schooled because she has been performing since she was a child. She completed her standard school education while staying at home and also graduated from high school at the age of 16 only.

Kaley Cuoco excels at tennis. Kaley Cuoco was a highly ranked professional tennis player before committing to filmmaking for full time. She performed in many competitions as a youngster and was even placed in the top 10 for the National Open Championship as a youngster. She now only plays for fun and time-pass and that’s what keeps her healthy. 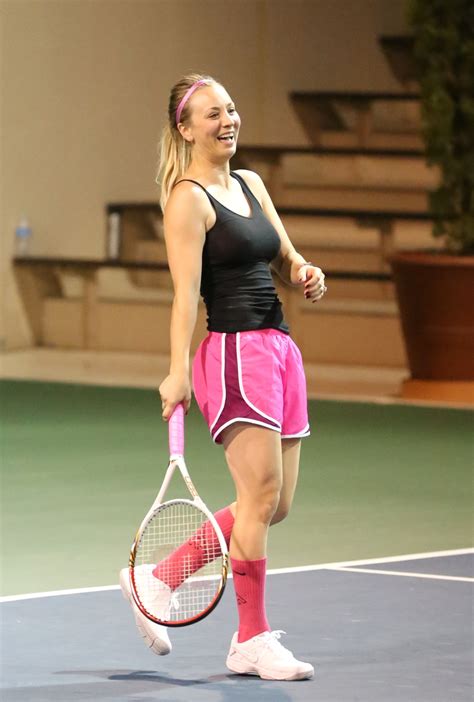 6. Not The First Penny

Kaley Cuoco wasn’t the initial choice for Penny; performer Amanda Walsh was originally cast alongside the show’s smart guys, but in a different position. Because the writers and producers disliked the role, they reworked her and replaced her with Kaley Cuoco. Now, Apart from Kaley Cuoco, no one could see anyone else playing Penny. 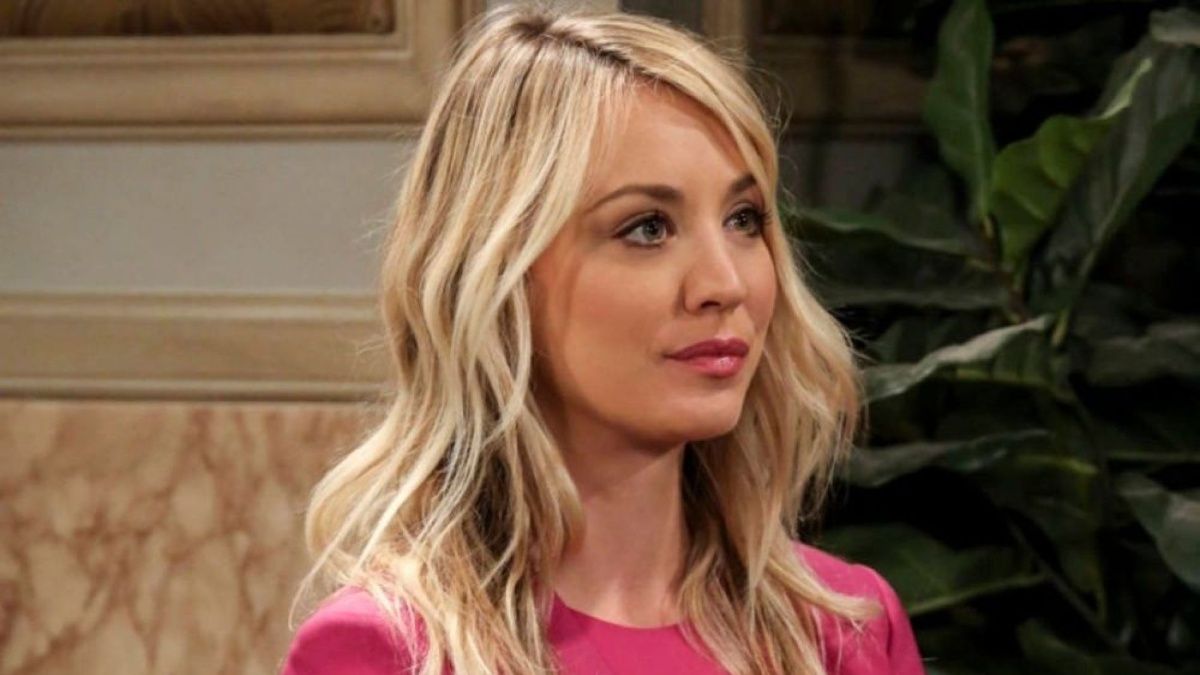 7. Earned A Lot Of Money From TBBT

Because of the success of the show, she was paid $1 million for every episode of The Big Bang Theory at one period. She was making this much money just by being Penny, which was a significant amount of money for episode after episode.

When Kaley Cuoco is stressed, she enjoys taking baths. Everyone has a different way of dealing with stress, and Kaley Cuoco’s preferred solution is to simply step into the bathtub and relax for a little while until all of her problems fade away. Baths, she says, are an excellent way to relieve stress and anxiety.

Given Cuoco’s strong feelings for animals, it’s no surprise that she is a vegetarian. She isn’t a meat-eater. She has never been caught by paparazzi consuming non-vegetarian food. 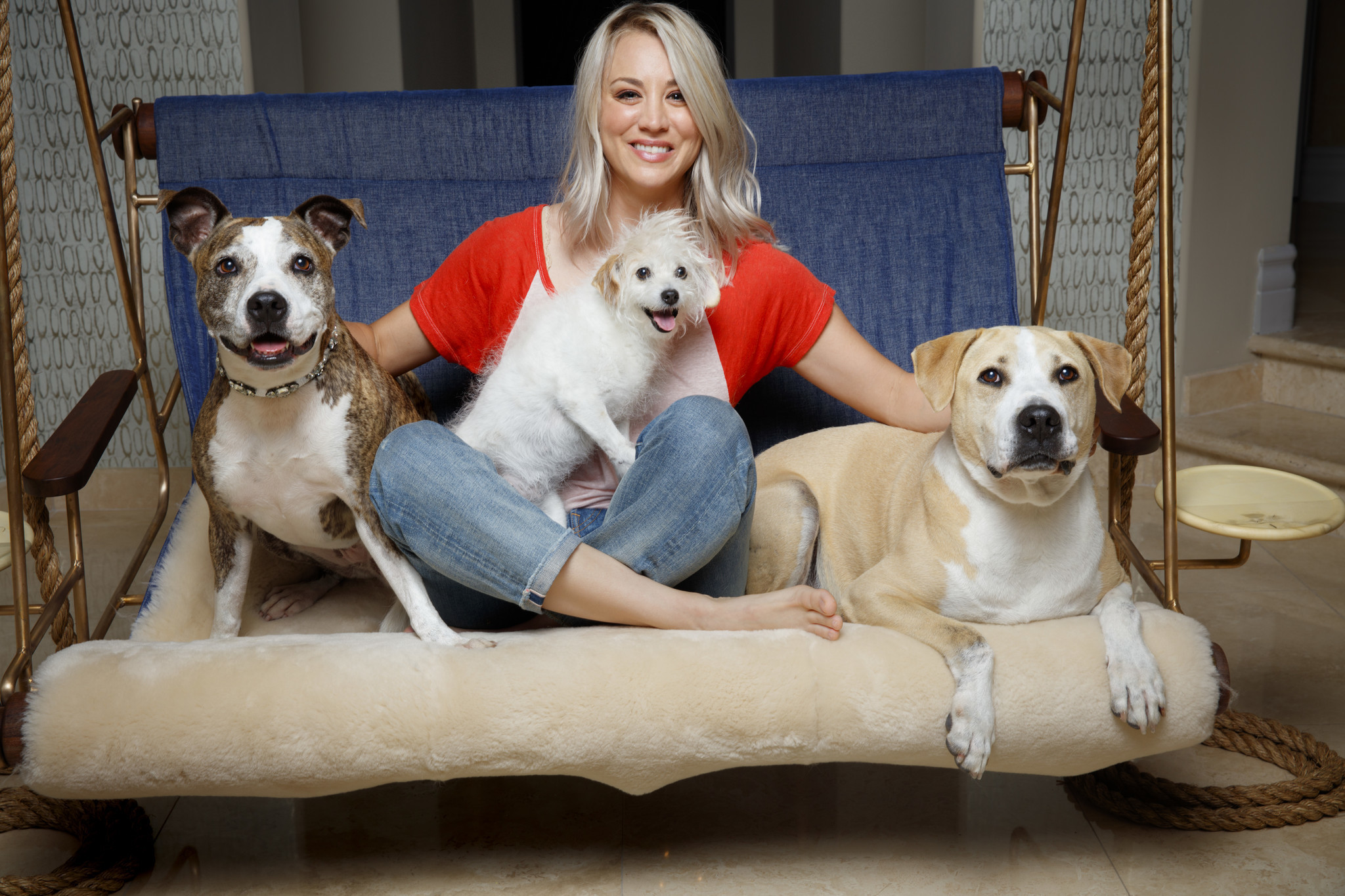 10. Had A Serious Injury

She slipped off a horse during one of her horseback sessions in 2010. The horse suddenly became enraged and stomped on her leg, causing such extensive injury that she had to have her foot removed. Fortunately, during surgery, the surgeons were able to save her leg. She didn’t show up for the first two episodes due to her injuries, but she returned after that to play the role, hiding her injury under a table or something else in the program.

Kaley Cuoco’s closet contains a large number of items that she has never worn but keeps because she likes them. She also has an excellent personality. 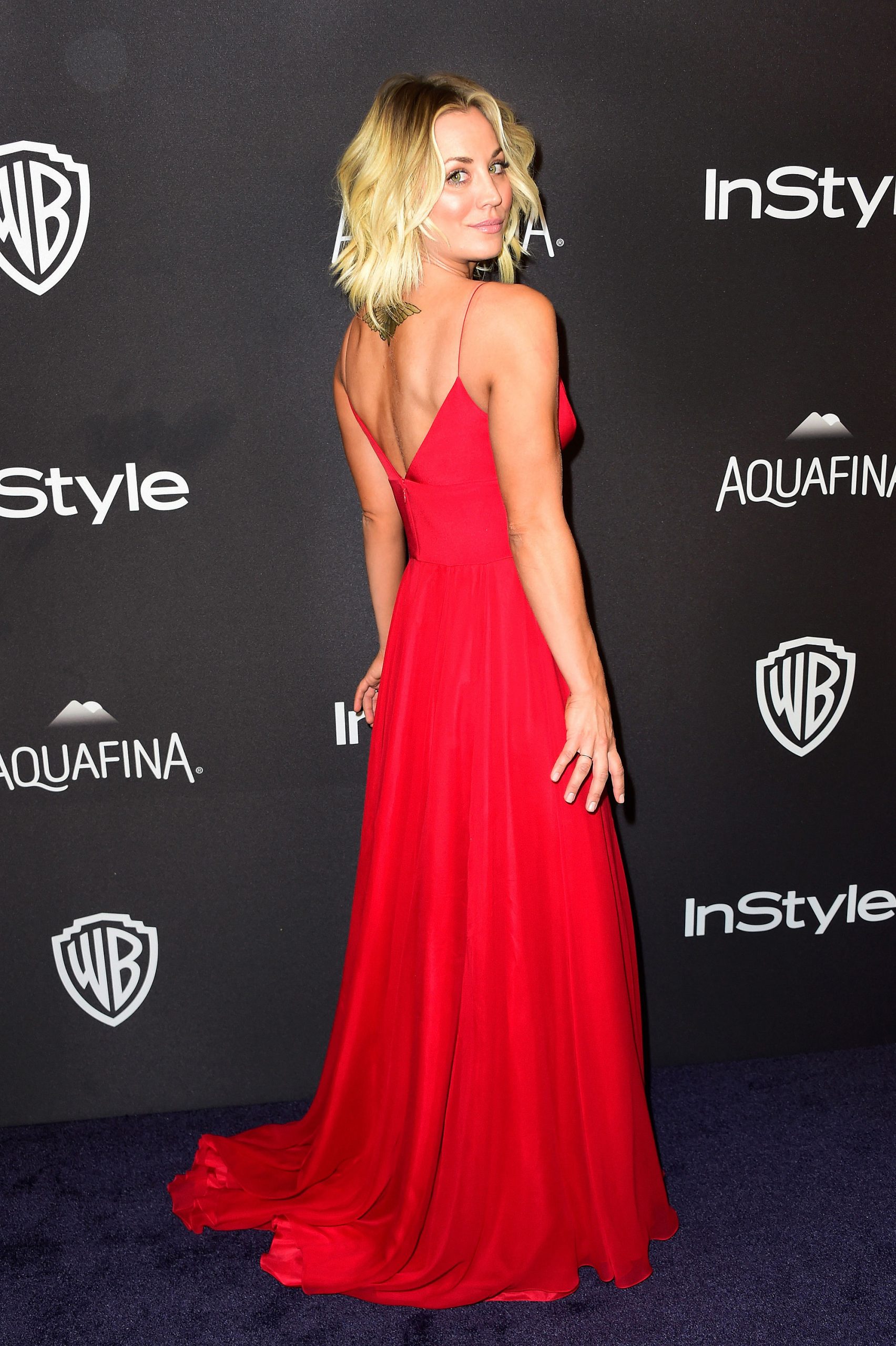 Kaley Cuoco, like many other celebrities, has a Tattoo. She has a little tattoo of a faith symbol on her lower back.

On and off-screen, she is close with her The Big Bang Theory co-stars. In an appearance with CBS’ The Talk, Kaley stated that her connection with her coworkers on The Big Bang Theory is almost as enjoyable off-screen as it appears on the screen. She’s a friendly person and does maintain friendships with everyone. 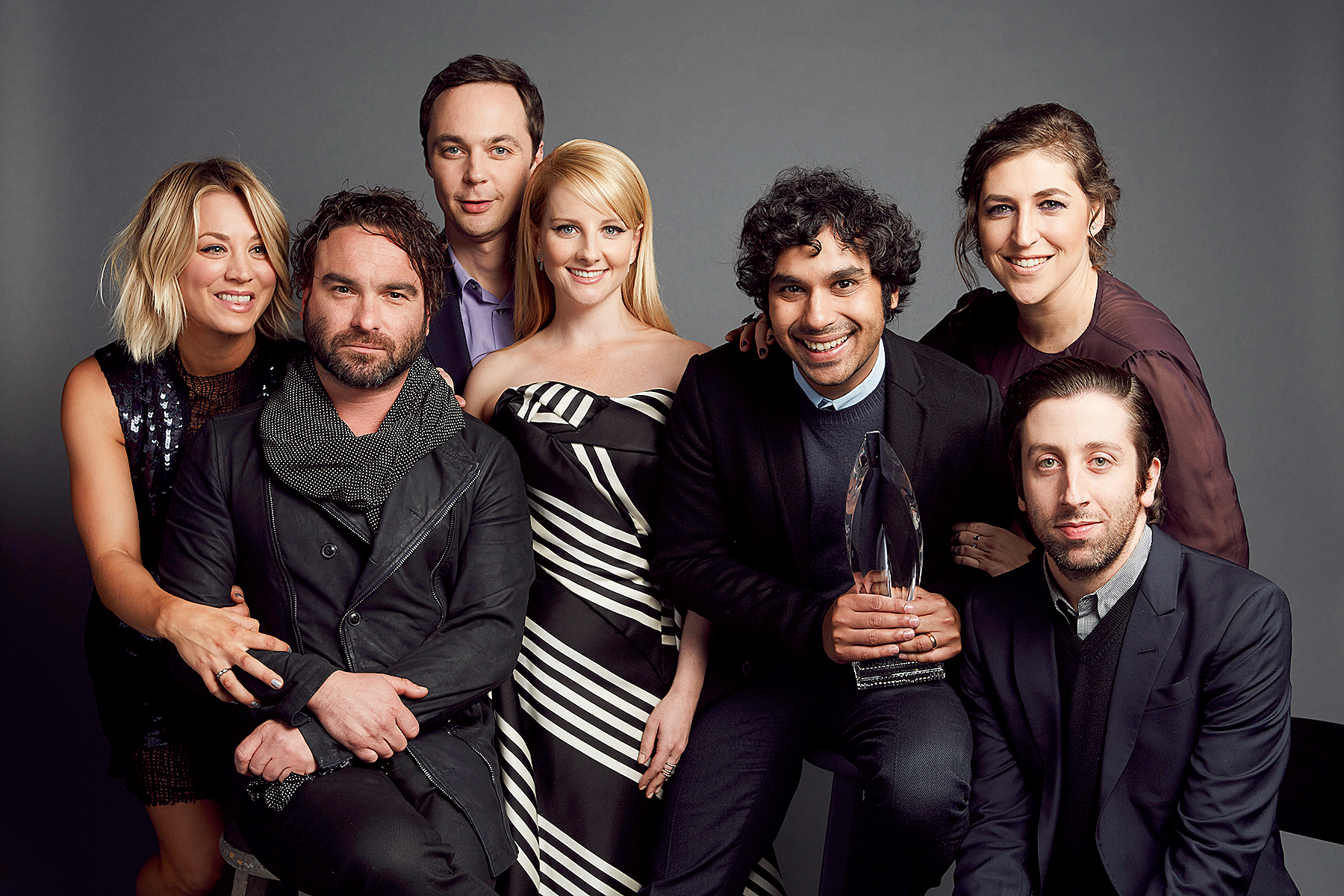 Kaley Cuoco was born in Camarillo, California, and now lives just a short distance away from her hometown. She’s a Sagittarius.

Kaley’s father is of Italian descent, and her surname Cuoco means “cook” in Italian.

These are some interesting facts about Kaley Cuoco a.k.a. Penny. Also, The Big Bang Theory is one of the most popular shows all over the world, including in prison, where she receives fan mail. Well, this was the industry’s not only most attractive but also one of the most talented actresses. If you know some more amazing facts about Penny do let us know.