A prequel to one of the most famous shows is coming to Netflix in the form of a miniseries. Queen Charlotte is a prequel spin-off of the Netflix series Bridgerton that will follow the emergence of young Queen Charlotte to prominence and power.

If you are already knowledgeable of this spin-off, you should be aware that it has released its first look, which will only spark your curiosity.

The series actually recounts the story of how the youthful Queen’s wedding to King George prompted both a great romance and a societal switch, resulting in the Ton world that the characters in Bridgerton inherit. 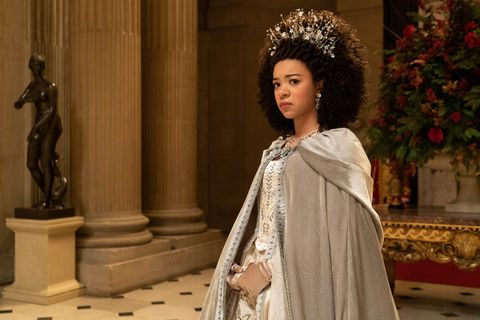 In terms of release date, the series is scheduled to be released in 2023. No specific date has been announced as of yet.

However, the title of the Bridgerton spin-off series, “Queen Charlotte: A Bridgerton Story,” has been revealed by Netflix. The show will have a total of eight episodes. And, as previously stated, the fact that it is a miniseries suggests that it will not be renewed for a second season. And Queen Charlotte’s story will be completed in one season only.

The first episode is titled ‘Queen to Be’.

The official synopsis reads, “Betrothed to the mysterious King of England against her will, Charlotte arrives in London only to realize she was not exactly what the royals were expecting.

As she learns to navigate the palace, the ‘ton, and her unpredictable husband, she grows into one of Europe’s most unforgettable monarchs.”

Charlotte, meet George. The first meeting of a romance sparked Bridgerton society as we know it, as told in Queen Charlotte: A Bridgerton Story. When we see Charlotte doing something, a man approaches and says, “Hello, my lady. Are you in need of assistance?” “I am quite fine, thank you,” Charlotte responds.

You can go back inside and wait with all the order gawkers.” Charlotte’s intentions are unclear, but she later clarifies, “I’m trying to ascertain the best way to climb over the garden wall.”

While she asks for his help and says, “I’m a lady in distress,” the guy says he has no intention of helping her climb the wall and escape.

And then he added, “I refuse to help a lady in distress when she’s trying to go over a wall so that she doesn’t have to marry me.”

In the end, it is revealed that he is ‘George,’ and their passionate romance story is about to begin. Check out their first encounter below:

Let’s take a look at the cast members that are going to portray royals in the new series. 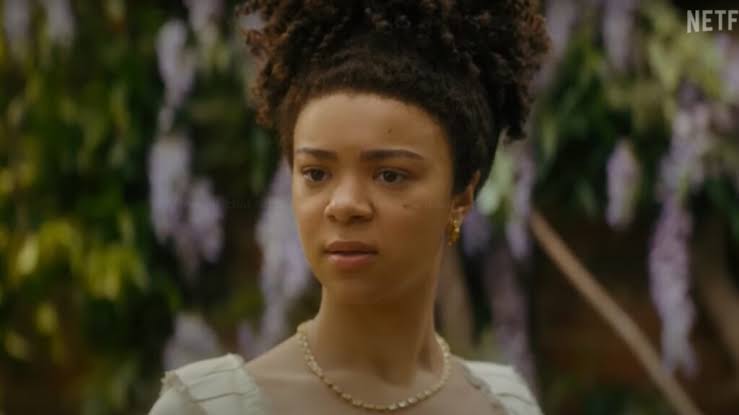 What are your speculations on this upcoming series and are you excited for this spin-off? You are welcome to drop your opinions in the comment section below.