Everything We Know About The Possibility Of ‘See’ Season 4

The third season of AppleTV+’s incredible drama has started. The science fiction series ‘See,’ starring Jason Momoa, is set in the distant future. The series takes place in a post-apocalyptic dystopia in the future, where a blind tribal group claims to believe two of its children have the mythical ability to see.

It was announced in June 2022 that it would be the final season of the show, and it will premiere on August 26, 2022, with eight episodes. Season three will end on October 14, 2022. Spectators are already wondering if there will be another season. And here’s what you need to know. 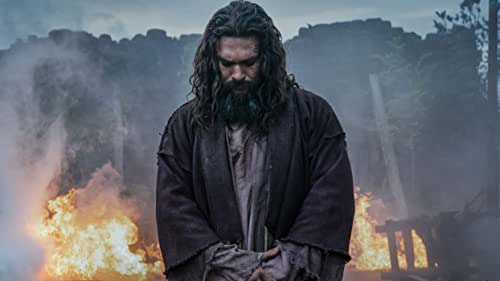 ‘See’ Season 4 Will Not Happen

As stated previously, See Season 3 will be the final season of this excellent series. If you’re wondering if it was canceled, the truth is that it wasn’t. It’s actually a planned ending, and the conclusion will be satisfying.

Showrunner and Executive producer Jonathan Tropper also talked about the third season being the last.

“We are thrilled to share this epic final chapter of See, which delivers all the intense drama, riveting action, and heartfelt emotion fans have come to expect, as well as what we think is a deeply satisfying conclusion to our story.

Building a world without sight was a particularly unique and continuous challenge that was met through the passionate and thoughtful collaboration of a phenomenally talented and diverse team both in front of and behind the camera.”

The lead character, Jason Momoa, made a statement about the show’s ending. “I think about a little bit of both. I think three seasons is pretty perfect. I mean, just depends on the show, but I feel like this was the perfect time to kind of wrap it all up.

I feel like a lot of shows I’ve been part of didn’t plan for that. And then those seasons and everyone’s always bummed out and the fans are bummed out, and I think that’s the thing where I’m like, ‘Yes, let’s wrap this up. Let’s do it.’

And truth be told too, it’s like we’ve got so many projects coming up too, that we’re doing. It’s like, let’s focus on See. So we shot back-to-back Season 2 and Season 3 before I went to go do Aquaman 2 so.” Before ending the piece, here’s the schedule of the episodes that premiere in the final season.

The synopsis reads, “Baba embraces life in the mountains as hatred for the sighted grows in Pennsa; a Trivantian scientist develops a terrifying new weapon.”

Episode 2 – Watch Out for Wolves

The episode synopsis reads, “After a devastating loss, Baba heads to Pennsa to warn his family; Maghra debates the Witchfinders’ fate; Wren stages a daring escape.”

The synopsis reads, “Wren arrives in Pennsa and shares information about Tormada’s plans; Tamacti Jun tries once more to quell the Witchfinders’ insurgency.”

What are your thoughts on the show’s conclusion? You are welcome to leave your opinions in the comments section below.