Everything We Know About Dragon Prince Season 4

Ever since the launch of Season 3 of The Dragon Prince, fans have been excitedly anticipating the next season.

They would like to witness a complete storyline that spans the epic saga’s seven books.

While the news made fans thrilled, it also left them waiting for The Dragon Prince season 4 to be released.

In the aftermath of the COVID-19 outbreak, The Dragon Prince, like other television and film projects, encountered production delays.

The Dragon Prince crew announced on their official Twitter page in January 2021 that a new plot for Dragon Prince Season 4 would be released shortly.

The news was made on social media about ten months ago.

The Dragon Prince crew has previously stated on their official Twitter account that a new narrative for Dragon Prince Season 4 will be released shortly.

Hey #TheDragonPrince community! We are getting lots of requests for news about Season 4, so here is an update! pic.twitter.com/BNAAMz2LU7

Upon the conclusion of the fourth season of The Dragon Prince, fans will be able to view seasons 5 through 7 as well.

Aaron Ehasz, the renowned ‘Avatar: The Last Airbender’ chief writer, recently stated that the fan-favorite show would be returning with more parts.

Dragon Prince Season 4 will be called “Earth” and will reflect a new beginning of the original epic called “The Dragon Prince: Name Withheld,” according to Aaron Ehasz and Justin Richmond.

Although no official trailer for The Dragon Prince Season 4 has been released, fans will be pleased to learn that Bardel Entertainment Inc. (a Canadian animation studio) has committed to co-produce the program with Wonderstorm from the fourth to the seventh season. 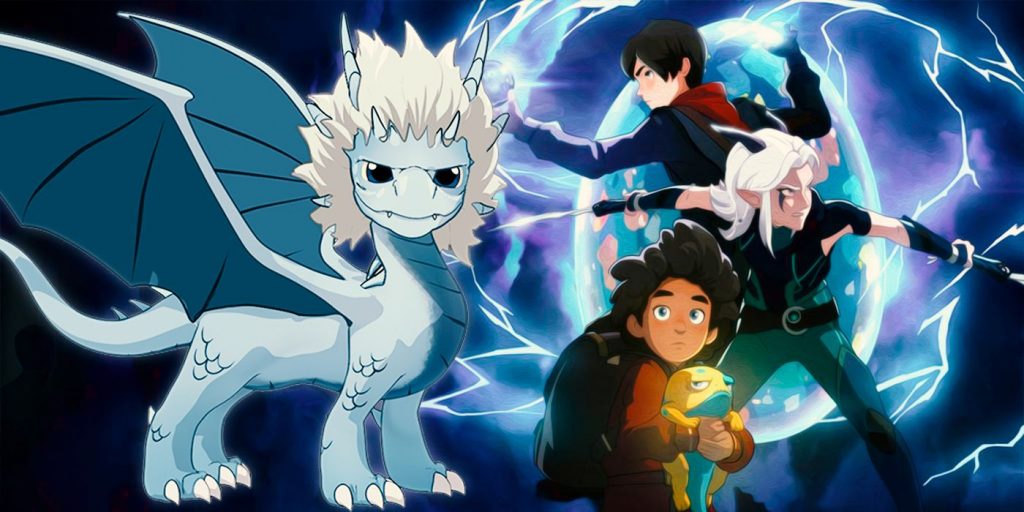 The Wonderstorm developers, writers, and voice actors have already addressed the fans with a banner inviting them to the NYCC event on October 9, 2021.

They spoke about the “world of Xadia.”

The production is begun, according to several media sites, despite the fact that it has not been verified.

The release date for Dragon Prince Season 4 has yet to be announced.

In any case, if the rumors are accurate, the Netflix series could be launched in the first half of 2022.

Wouldn’t that be great?

Stay tuned for the most up-to-date information on the fantasy drama! We’re just as excited for all the upcoming seasons as you are.