It wasn’t long ago that the Donda star apologized to Kim Kardashian for his social media behavior. Now, Ye is back with another tantrum. ‘Ye’ brutally beats Pete Davidson in his second music video “Eazy”. Well, Evan Rachel Wood couldn’t keep quiet over this. The Critics’ Choice Award winner took to Instagram today and posted her story stating Kanye’s act as a Post Separation Abuse. Well, that makes a lot of sense to me. Evan narrated how it’s happening to even the most powerful women in the world. 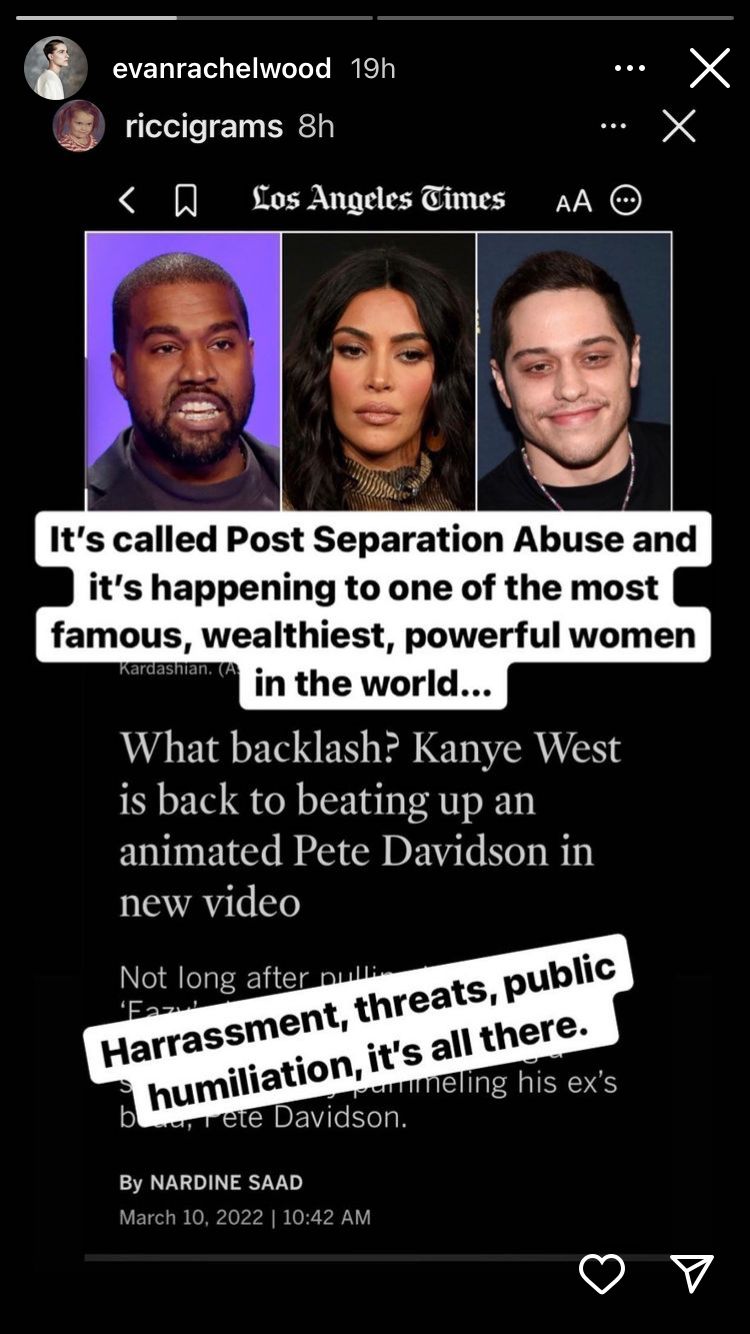 In a blurred-out cartoon version, Pete can be seen wearing a sweatshirt as he gets beaten up by the Donda star. Kanye raps in the background  “God rescued me from this accident / Just so I could bash Pete Davidson’s a**, in this fictitious assault. Well, Evan couldn’t stay quiet. She posted an Instagram story narrating the miseries of women who undergo the difficult process of divorce. She conveyed the stark reality of being a woman in just a few words.

The Westworld star brings forward a very important issue. She narrates how even after separation women have to undergo abuse in all forms. She used words like harassment, threats, public humiliation etc. And it is true. Isn’t it happening to “The Keeping Up With The Kardashians” star?

Despite her divorce from her ex-husband and a famous rapper, she has time and again become a victim of humiliation and harassment. Well, Pete Davidson continues to be a target of Ye. Nevertheless, he stood the test of time as he stand strong by Kim’s side.

In Evan’s response, someone from the handle @marykatekenney posted another story regarding this incident. Evan reposted the same. The story depicts the same feeling as to how women are subjected to harassment and domestic violence. They need not stay in such toxic situations. In 2021, Kim Kardashian received backlash for promoting Kanye West’s album Donda, which featured a collaboration with accused rapist Marilyn Manson. Evan Rachel Wood too was a victim to Marilyn Manson. She was diagnosed with complex post-traumatic stress.

Shockingly, Wood had also accused the legendary basketball player Kobe Bryant of being a rapist after his death. She even sued Kobe in a civil suit but the matter was settled over an undisclosed amount. We don’t know what’s the truth. 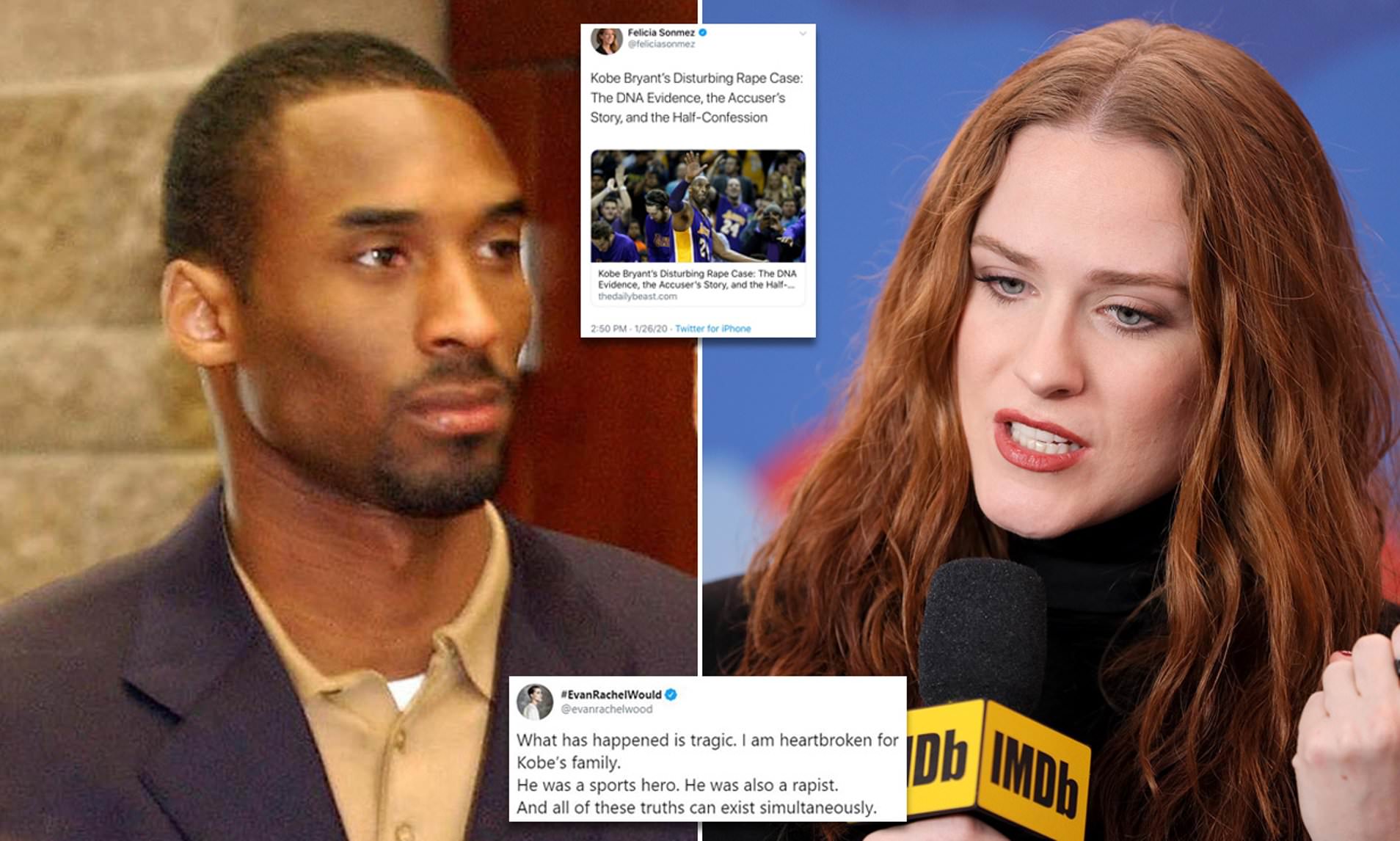 No matter, what her recent story makes a lot of sense. Pete Davidson, on the other hand, has laughed off on the video. Reliable sources reveal that maybe he is downplaying the impact but he does feel sorry for Ye. Well, that is very humble of him.

Kim Kardashian is trying to move on with her life. It appears as if Kanye is not ready to. He has been in news for all sorts of tactics against the Kardashian family. Now that the two are legally separated, both deserve peace. What are your thoughts on “Post Separation Abuse”.