“Kiss my A**! I am on Vacation!” Yea, that’s what the Euphoria conveyed while wearing a light tee on his vacation with co-star Hunter Schafer. The American musician and actor cannot keep his hands off Hunter, and his stories reveal that they are on an escape. 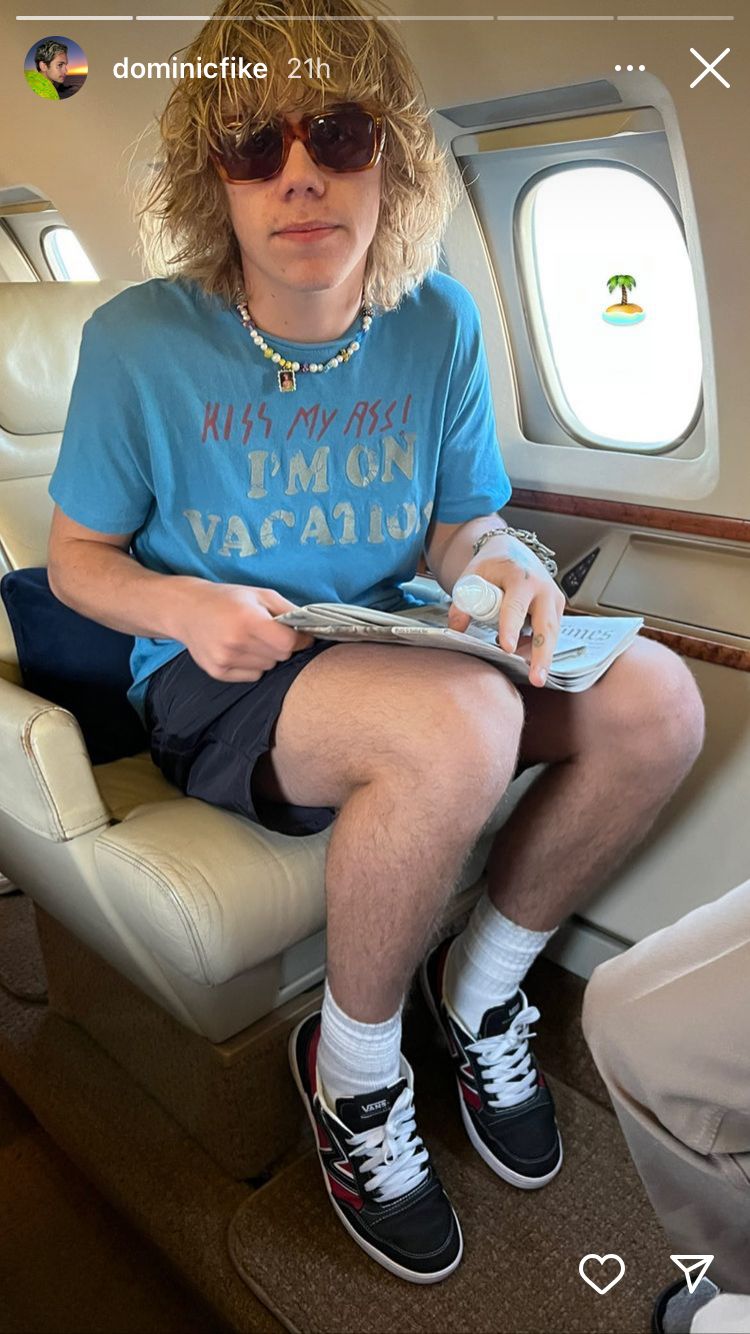 Dominic & Hunter escape to the sea

There was speculation about the brewing romance between the Euphoria stars. However, Dominic confirmed the rumors after he shared a photo with Schafer kissing each other. Guess what? Seems like the two are having a good time at the sea. 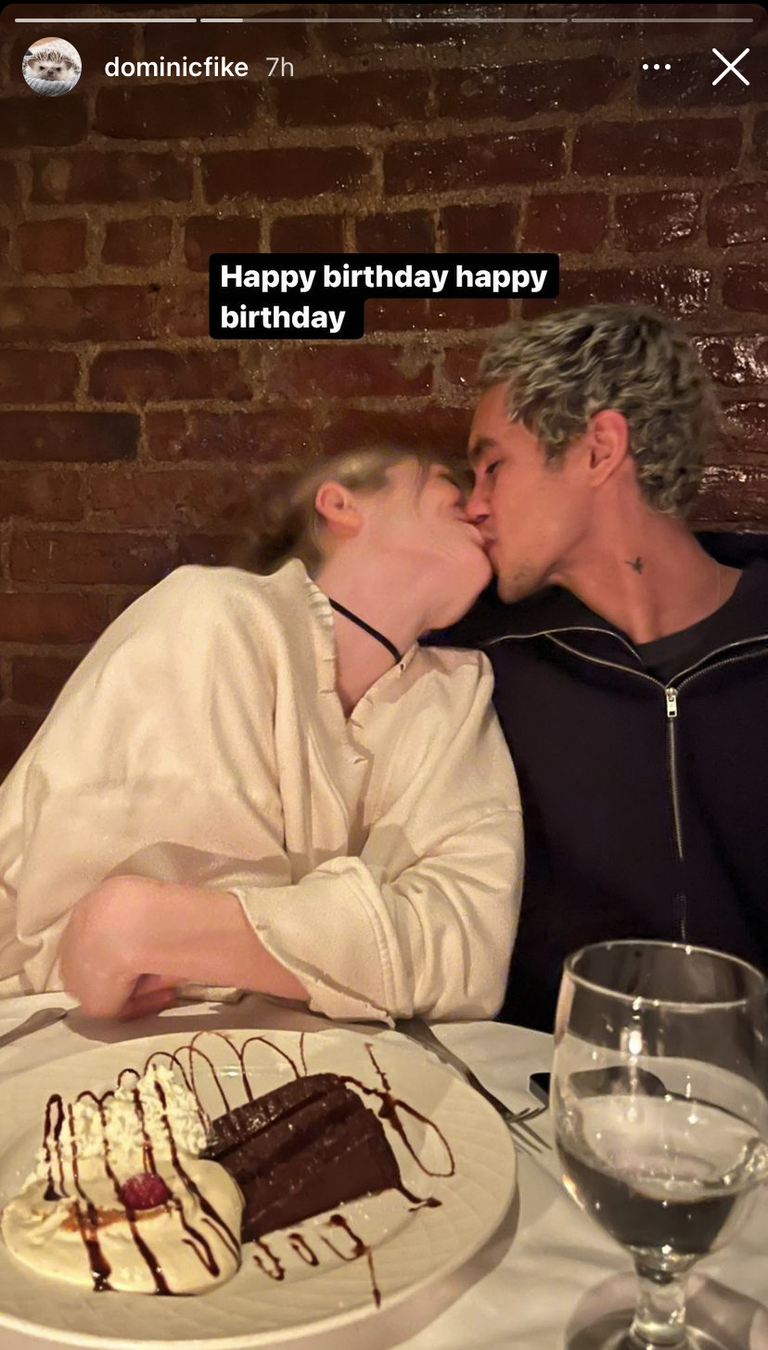 Dominic’s recent Instagram stories start from getting on a private plane and end on a submissive pose with Schafer. Well, that’s how it appears to one’s eyes. Nevertheless, both have escaped the paparazzi to spend some quality time together. 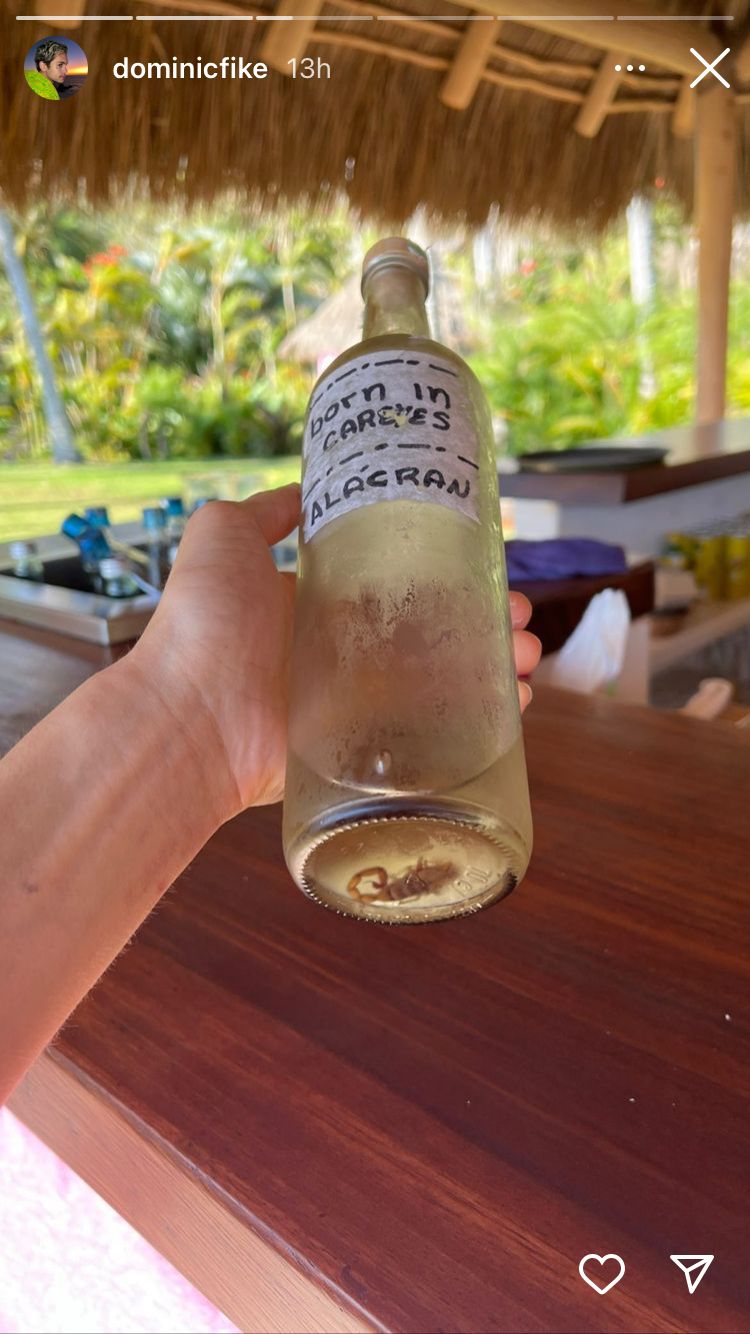 Where do you think the two are? Well, let’s figure it out together. In one story, Dominic can be seen holding a glass bottle with an Alacrane inside it. My guess here is Mexico because you can find plenty there. 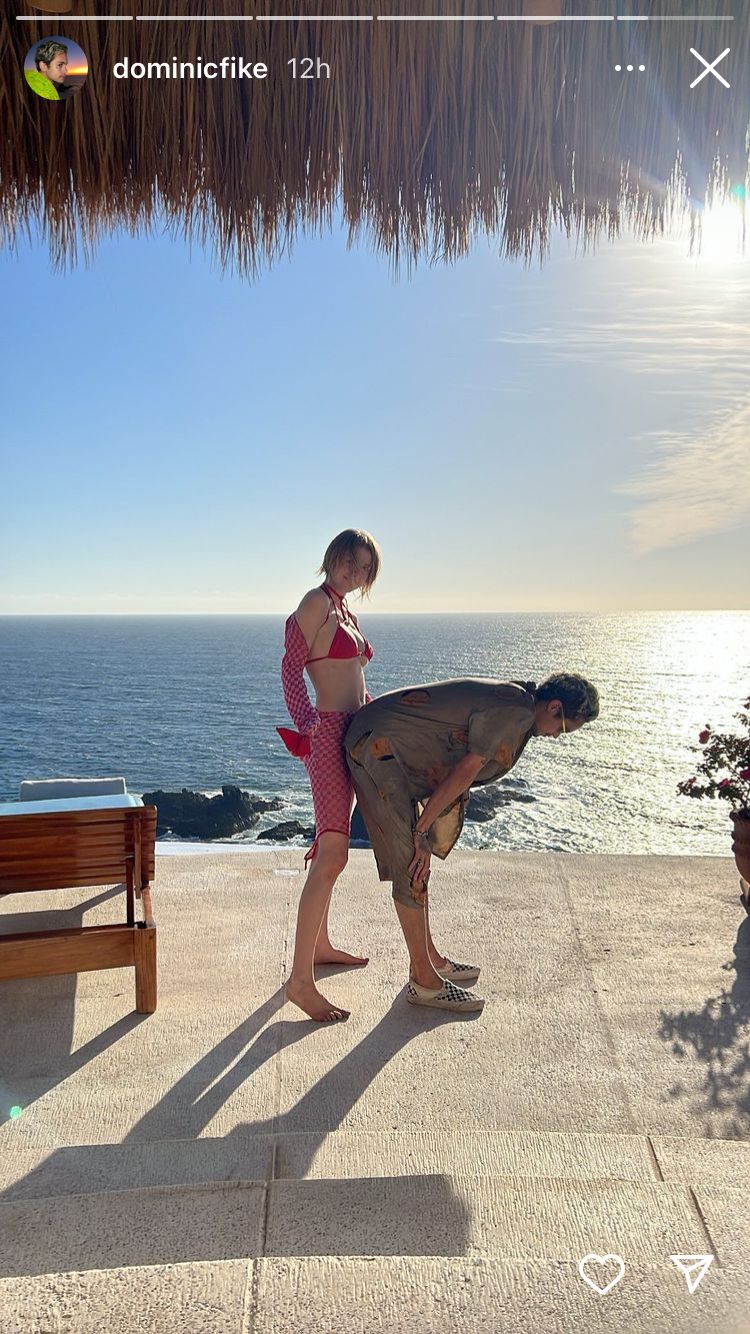 Now this one’s my favorite. Dominic finally reveals Hunter in his submissive picture. Hunter Schafer can be seen wearing a cheeky red bikini and checkered bottoms while Dominic is dressed in a tropical shirt. He can be seen submitting to her better half. Phew, perhaps, the two are just experimenting.

Hunter, however, hasn’t reposted the stories because the girl is busy having a good holiday with her new boyfriend. Where do you think they are? My guess is Mexico!

Dominic Fike, 26 is an American singer, songwriter, musician, and actor. He was raised in Florida and received recognition with several songs on Soundcloud. FYI, Fike’s song 3 Nights reached the top 10 in multiple countries.

He rose to fame as an actor with his role in the second season of Euphoria, released in 2022. The American star’s album Justice is nominated for  2022 Grammy Awards “Album of the Year”. The Awards will be hosted in April.

Hunter Schafer, 21 is an American model, actress and is well known as an LGBTQ rights activist. She was born in New Jersey and has modelled for renowned brands like Prada, Tommy Hilfiger, Coach, Dior, Calvin Klein, Marc Jacobs, Erde, Maison Margiela and Rick Owens. Well, she is a successful model. Hunter started her acting career in 2019 with Euphoria Season 1. She plays a role of a transgender in the said series. Fans have associated Hunter and Dominic since his arrival in the Second Season. And why not? The two look perfect with each other.

Now rumors have turned into reality and the two seem to be getting along really well. Hunter is closer to what you might call a lesbian but I think Dominic is her new favorite right now. What do you think about their vacation?