Trai Byers and Grace Gealey are going to be parents! The Empire co-stars are expecting their first baby together after 6 years of marriage. Grace Gealey revealed the piece of good news on Friday.

Recently, the Caymanian actress came forward to support her husband Trai at the opening night of The Piano Lesson on Broadway. Soon afterward, she dropped a couple of photos from her latest outing in which she can be seen flaunting her baby bump. Continue reading further to know more about the baby news of Trai Byers and Grace Gealey. 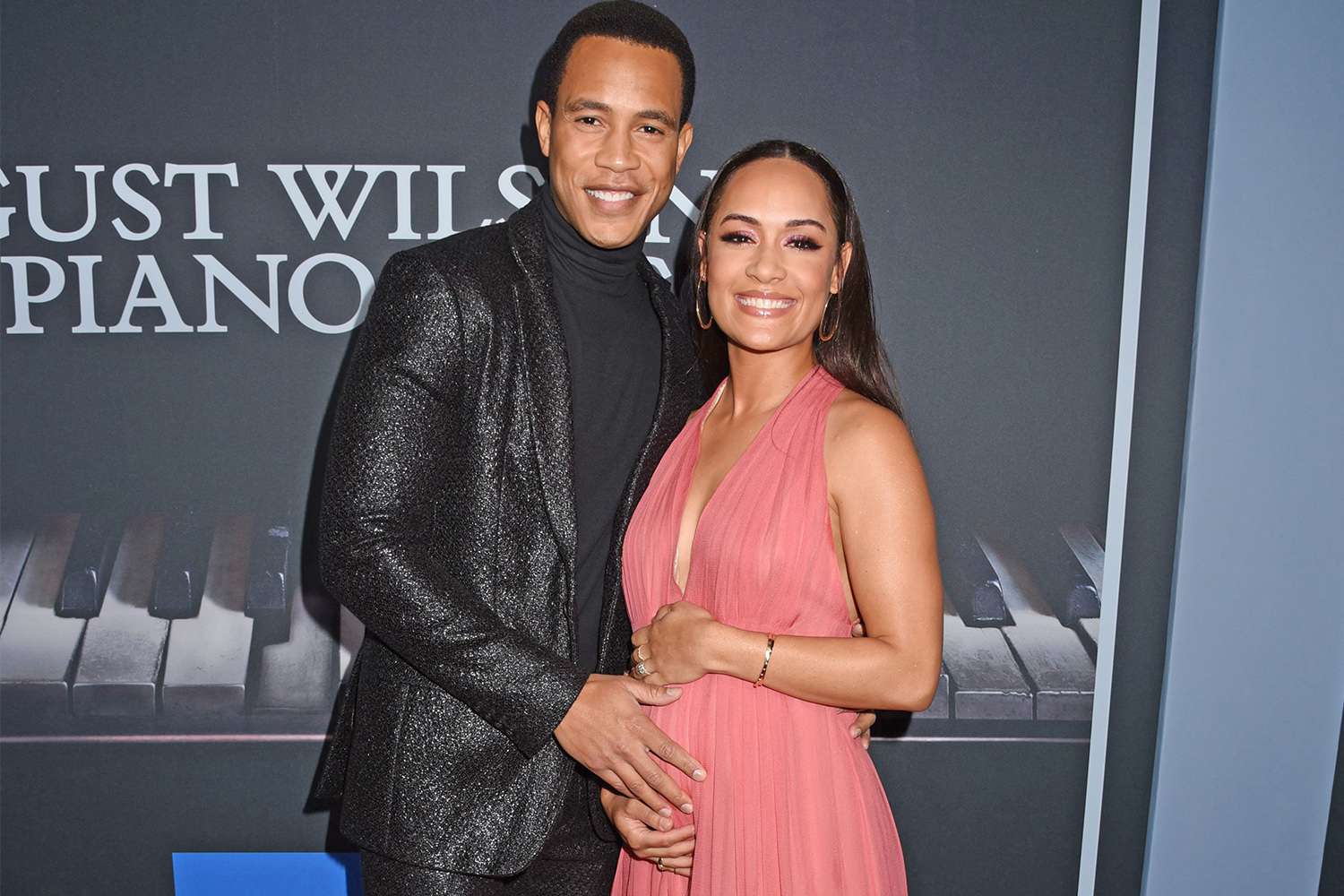 Yes, you read that right. The Empire co-stars Trai Byers and Grace Gealey have a baby on board. Not long ago, Grace took to her Instagram and shared a few photos from the red carpet of The Piano Lesson in which she can be seen holding her baby bump.

“Happy Opening Night on your Broadway Debut, my beloved King!! 🖤👑🎭😍🌟 Words absolutely fail when it comes to describing how deeply and overwhelmingly proud we are of you, @traibyers,” Grace wrote alongside the pictures.

In the first snap shared by Grace, she can be seen standing next to her husband Trai Byers in a pink dress while holding her baby bump. The second picture showed the two lovebirds beaming with joy and happiness as Trai cradled Grace’s growing bump.

When did Grace Gealey and Trai Byers get married?

For those of you who are unversed, let us share with you, the former Empire co-stars tied the knot in the year 2016. As per the reports of TMZ, the two lovebirds exchanged their vows in front of their close friends and family members in a private ceremony in a mansion on Grand Cayman Island.

At that point in time, it was reported by the media outlet, that Trai and Grace’s wedding was attended by nearly 50 of their closest family and friends. Their guest list didn’t include their Empire co-stars. A close source told E! News, “It was a beautiful wedding filled with family and close friends.” Grace and Trai completed 6 years of marital bliss in April

Earlier this year in April, Grace and Trai celebrated their 6th wedding anniversary. At that point, Gealey took to her Instagram and shared a beautiful video to mark the special occasion.

Grace started by writing, “I’m not sure I’ll ever be able to capture into words the the multi-layered love I’ve experienced with Trai. Or the kind of impression and impact that he has made on my life. Or the way we have learned how to hold each other’s hearts through the hard times.” She further added, “Or even how, in both the brightest and darkest of times, I turn to see his arms wide open, waiting to envelop me – a reminder that he’s there to go through it with me – every step of the way. What I know is, he will forever be the One that I will always love the most. Happy 6th Anniversary, my King.”

We send our hearty congrats to Trai Byers and Grace Gealey as they are expanding their family. We wish them nothing but the best of everything. Don’t forget to stay tuned with us for the latest updates from the world of showbiz.