Eminem has dropped the tracklist for his highly anticipated second greatest hits collection,  Curtain Call 2, which is supposed to come out later this month. The Love The Way You Lie rapper has unveiled the cover and tracklist of his upcoming album.

We know you all are excited about the tracklist of Curtain Call 2. Continue reading further to catch deep insights about the upcoming album of the rapper. 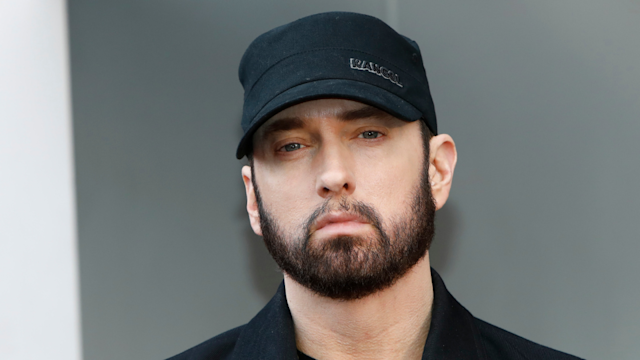 Yes, you read the right.  Every now and then, Eminem used to tease the new release on various social media platforms, and now the moment his fans have been eagerly waiting for has finally arrived.

The 49-year-old rapper has unveiled the cover and tracklist of the new album. Curtain Call 2 consists of some of the greatest hits of Eminem featuring the likes of Bruno Mars, Ed Sheeran, 50 Cent, Rihanna, Beyoncé, Snoop Dogg, and Dr. Dre. The cover of the upcoming album of Marshall Mathers popularly known as Eminem is pretty much inspired by punk and gaming. On the cover, he can be seen in the center with this iconic pose.

The background of the cover features a red curtain and the pictures on either side of him hint at a dystopian-looking world. Curtain Call 2 will be out on August 5, 2022. 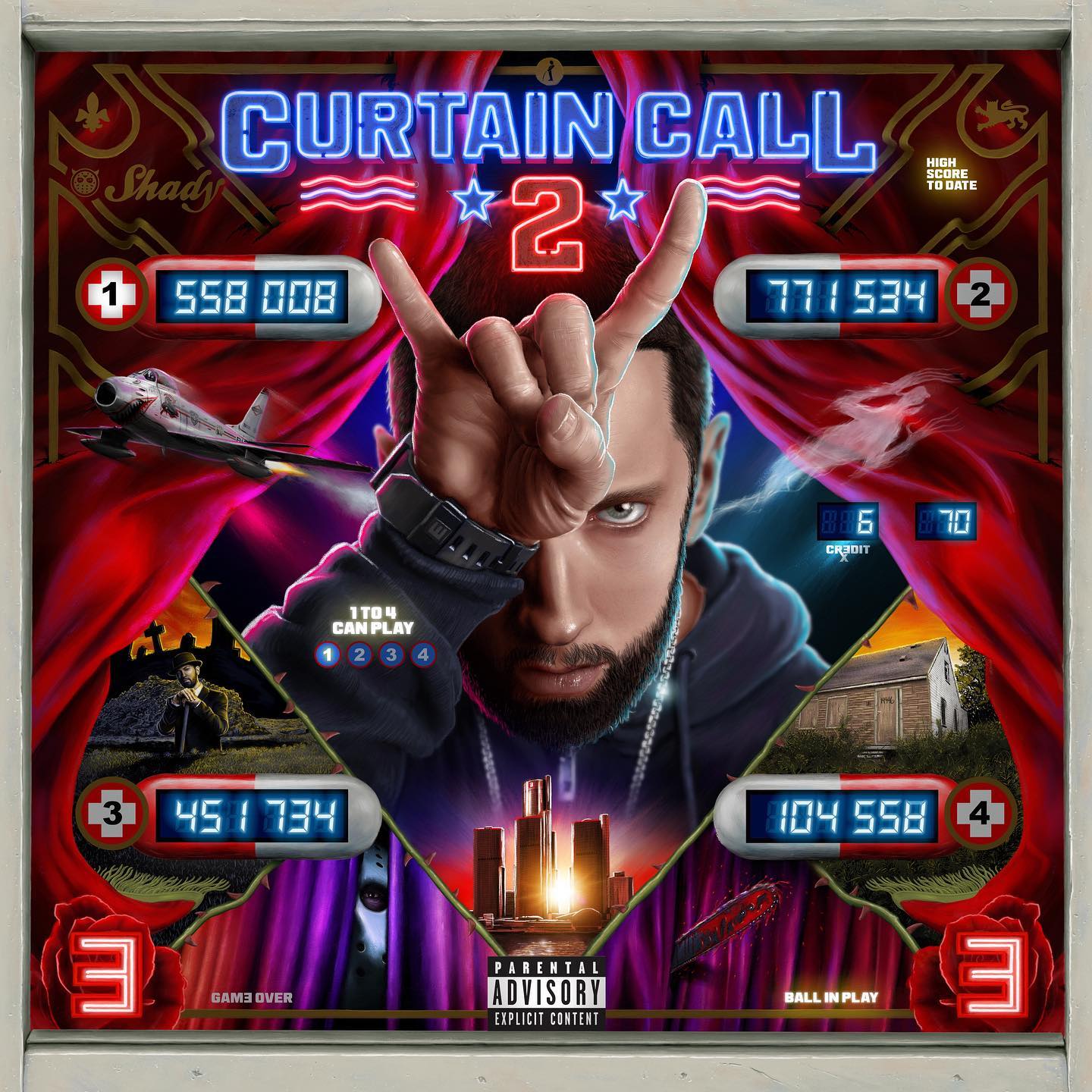 Scroll down to see Eminem’s tracklist for ‘Curtain Call 2’

How did the fans react to the tracklist of Eminem’s ‘Curtain Call 2’?

One user wrote, “That Curtain Call 2 cover is one of the worst I’ve seen in a while.” Another user tweeted, “Since the Curtain Call 2 tracklist makes no sense, heres what i would have made it These are ACTUAL big songs…”

Followed by a user who penned, “My thoughts on Eminem’s Curtain Call 2 tracklist: I think it’s pretty good, most of the songs that I expected are here Songs that are missing: We Made You, Forever, Guts Over Fear, Drop The World, Hell Breaks Loose. Songs I would remove: Farewell and Nowhere Fast.” 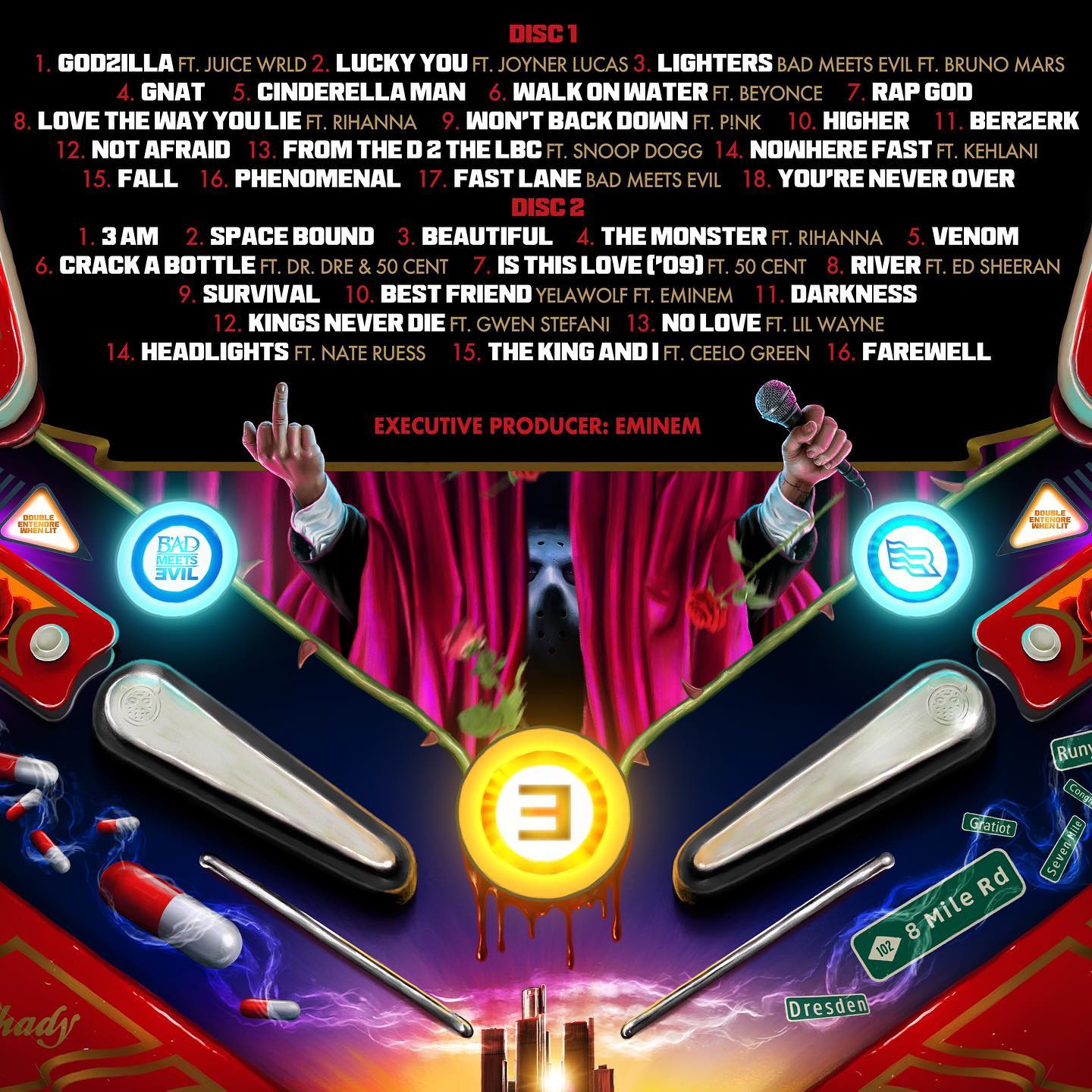 Another user went on to say, “While I’m a defender of Eminem as a pop musician/his poppy output in general, it is pretty difficult to look at the Curtain Call 2 tracklist without wincing. I know it’s marketed to people who aren’t really Eminem Fans as such since they’ve already got all the albums, but it’s depressing to see album tracks from Recovery get on there instead of songs that capture Eminem’s weirdness better that charted higher.”

The same user continued, “Oh well. The original Curtain Call has more of Eminem’s properly genius songs on it, but also has putrid track ordering and canonised some of his worst. Fortunately, we live in the age of Spotify and we can just make up our own minds about what we value now.”

These were a few reactions of the fans to the tracklist of Eminem. What are your thoughts on Eminem’s tracklist for Curtain Call 2? Kindly let us know in the comments section below. Don’t forget to stay tuned with us for the latest updates from the world of showbiz.