According to Emily, when speaking about the project with Variety, she confessed that, in truth, she was utterly kidnapped within the very first line of the script. 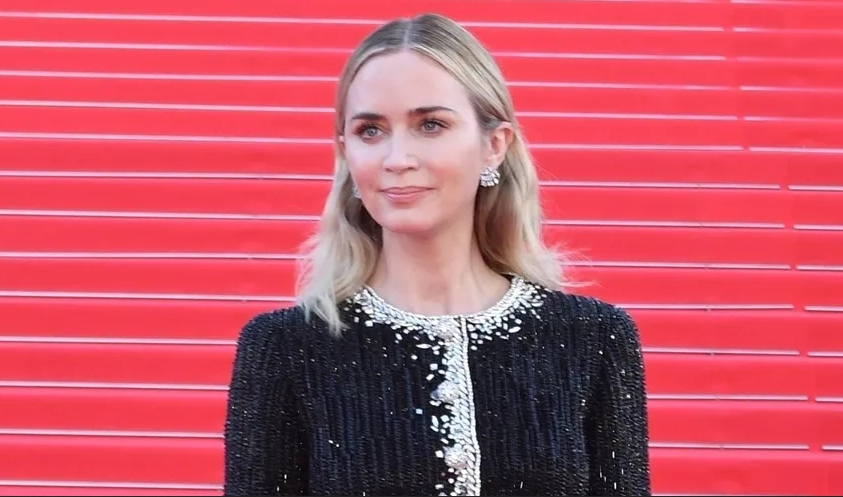 During The Handprint Ceremony, She Participated

The actress revealed, “I opened the script, and I couldn’t stop looking at it. It was gripping and startlingly beautiful. I knew I was in immediately. It’s a heart-stopping chase thriller. With the most tender of love stories at its heart.”

As Emily Blunt attended the Cannes Mipcom festival on Sunday with friends on the production team for her new show The English, she exhibited an elegant sense of style. 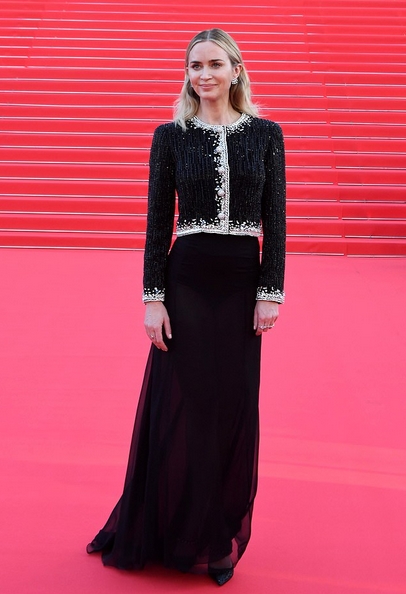 This actress, who is 39 years old, looked stunning in a black jacket embellished with intricate black pearls and silver gems set along the edges of the coat. This gorgeous jacket, paired with a black maxi skirt, flowed to the floor. The Devil Wears Prada actress finished her look with a pair of black pointed high heels to add a few extra inches to her frame.

In addition to several silver rings, Emily and her sister wore a pair of diamond earrings that added an extra sparkle to their ensemble. A light makeup palette was used to highlight her skin’s natural beauty and complete her glamorous look. Her short blonde locks were left down, styled in neat waves, and tucked behind her ears.

She was preparing herself to participate in the handprint ceremony, which involved taking a soft clay smudge and putting it on a piece of paper where she could make an impression of her hands. Emily, who will be seen as Cornelia Locke in the series, will be joined by actor Chaske Spencer, 47, who will be seen as Eli Whipp in the series, which is currently airing on CBS.

Who Is Emily Blunt?

As a child, Emily Blunt stammered. Yet, she overcame her stammering as an actress in films like ‘The Devil Wears Prada and ‘Edge of Tomorrow.’ 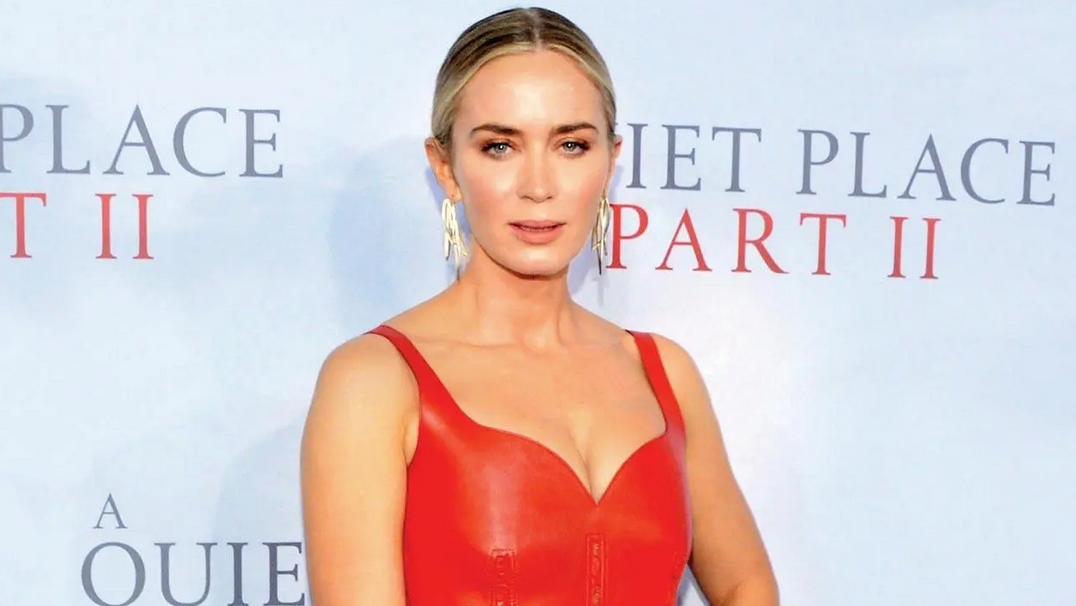 When she was just 19 years old, she played Juliet in a theatrical adaptation of the legendary Shakespearean tragedy ‘Romeo and Juliet.’ Professionally, she made her stage debut in ‘The Royal Family,’ a drama adapted for the London stage opposite Dame Judi Dench.

In the play, she portrayed Gwen Cavendish and won the Evening Standard’s ‘Best Newcomer’ award. In addition to appearing in numerous stage productions, she also received a role as Catherine Howard in the TV adaptation of Henry VIII.

After that, Emily was nominated for numerous awards and won several prestigious awards for her work in multiple films, TV shows, and series.

With Emily’s appearance in mind, I want to tell you that “The English” will debut on BBC Two in the UK, and BBC iPlayer in the US, Canada, Australia, and New Zealand on November 11.