Get ready to sit back and relax because the much-awaited Spanish Teen drama is here with its fifth season!

Yes, you heard that right. Elite Season 5 is on its arrival and a jaw-dropping trailer is here to prove it! Since its inception in 2018, the crazy teen drama, Elite has made fans eager for more and more. The trailer reveals some thrilling and unexpected details for the fans with some pretty exciting twists and turns.

While fans are glued to their screens to see what surprises the Elite Season 5  has for us, here’s what you need to know.

Elite Season 5: The trailer is here!

Netflix has released the much-anticipated trailer of Elite Season 5 on 30th March. The new trailer has already baffled the minds of the fans with a glimpse of what’s coming.

The brand new trailer for Elite Season 5 is not only hyped the after-party scene of Philip’s New Year Party but also shed a light on the secret love affair of Samuel and Ari.

There will be plenty of other thrilling characters featured including some new faces added to the dramatic world of Elite. Needless to say, this is going to be a hell of a ride.

Elite Season 5: Is There a Release Date?

Elite is bringing the scandalous drama to Netflix on April 8th. The trailer is dropped with the tagline, “This season is about breaking free. No more judgment, no more rules. Will you dare?” The season will consist of eight episodes featuring the aftermath of Philip’s New Party when things turned upside down.

Are we expecting the same cast?

Excited to say that we will be watching our favourites in the upcoming season of Elite as Itzan Escamilla (Samu), Omar Shana (Omar) and Claudia Salas (Rebe), Manu Rios (Patrick), Pol Granch (Phillipe), Carla Díaz (Ari) and Martina Cariddi (Mencía) are returning to create more drama this season. There is also a bummer as the original cast members Miguel Bernardeau (Guzmán) and Arón Piper (Ander) are no longer the main characters. As the last season showed the duo went off to travel at the end.

There are also new cast members joining the extended cast of Elite in the upcoming season. Netflix has revealed that Brazilian actor André Lamoglia and Argentinian actress Valentina Zenere will be joining season 5 as students.

#Elite has been renewed for a fifth season and two new actors have joined the cast:

It’s too early to tell what storylines Season 5 will focus on, but previous seasons have been all over the place considering the directions they follow apart from each season. 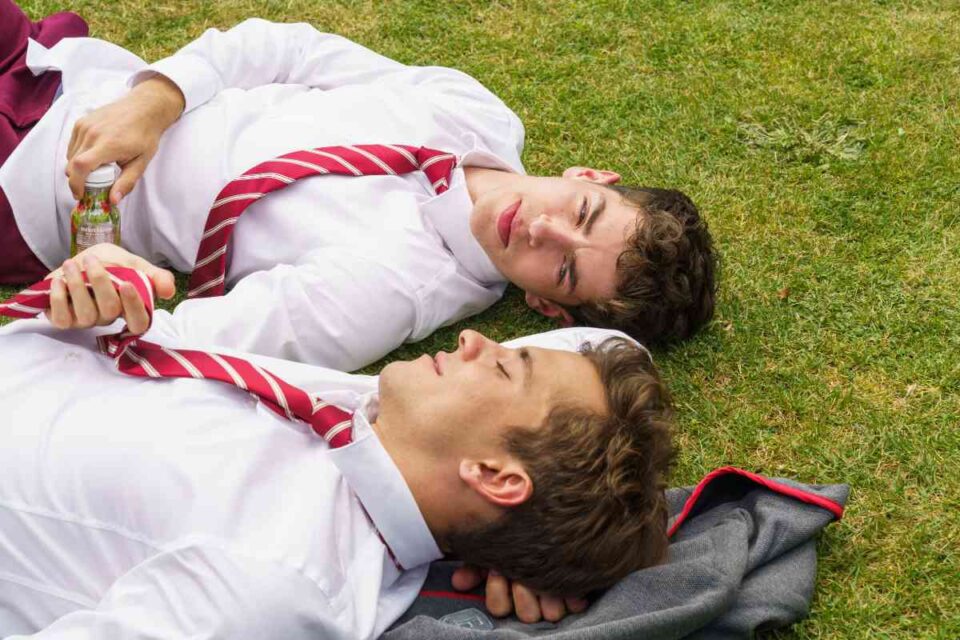 Keeping viewers on their toes is one of the best things about Elite. But considering what happened in the previous season, Philippe’s New Year’s party has gone south and Guzman has run off after Phillipe threatened to reveal Armando’s death.

Meanwhile, Rebeca is going through some self-discovery, Samual is dealing with a breakup with Ari and Omar is recovering from his night of partying and the addition of Bilal is here to complicate things some more.

Here you go! Everything you needed to gear up for the Elite Season 5 is wrapped!