Elisabeth Moss: ‘The Handmaid’s Tale’ Is About Inspiring Other People To Tell Their Stories

Multiple-Primetime Emmy Awards winner Elisabeth Moss appeared on “The Kelly Clarkson Show” and opened up about what fans can expect going into Season 5 of “The Handmaid’s Tale.” Elisabeth also bonded with Kelly Clarkson over being the 80s babies and working with her old friend, Bradley Whitford as director. Read on to know all about this “inspiring” conversation between two women. 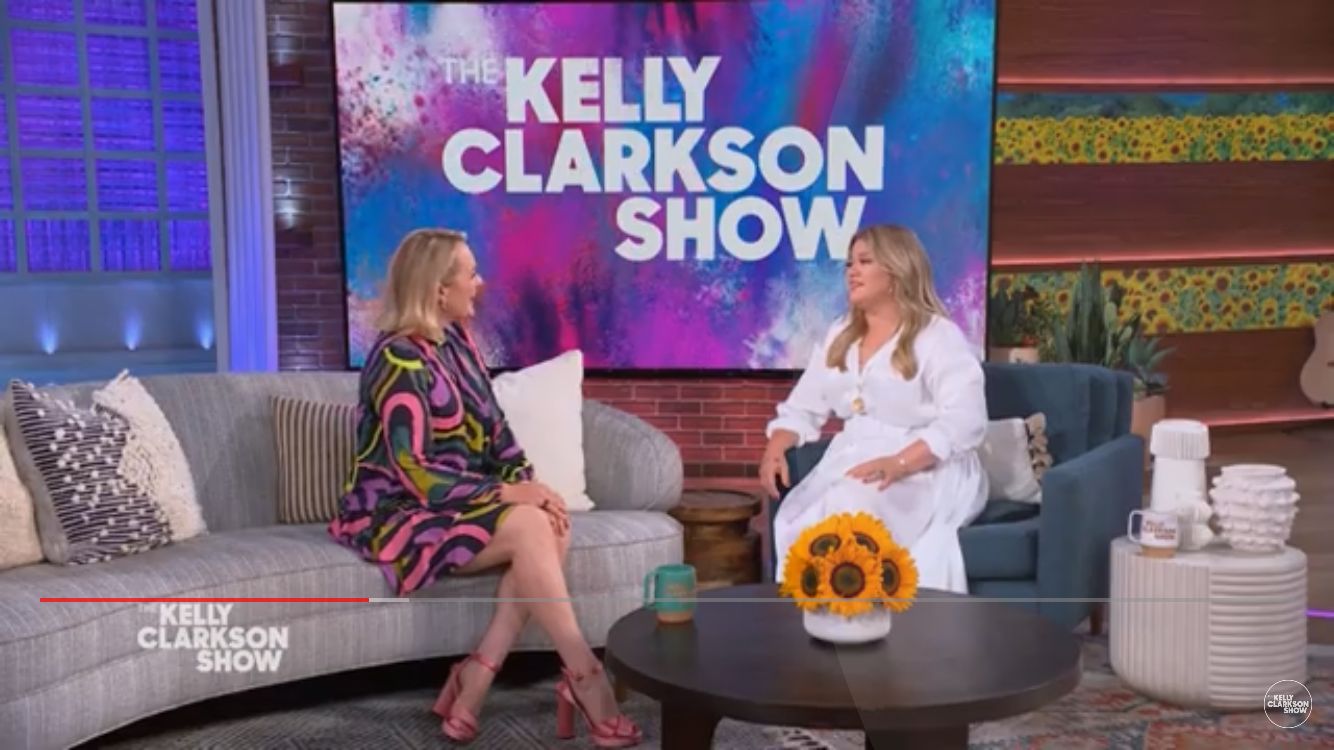 Being The 80s Babies… 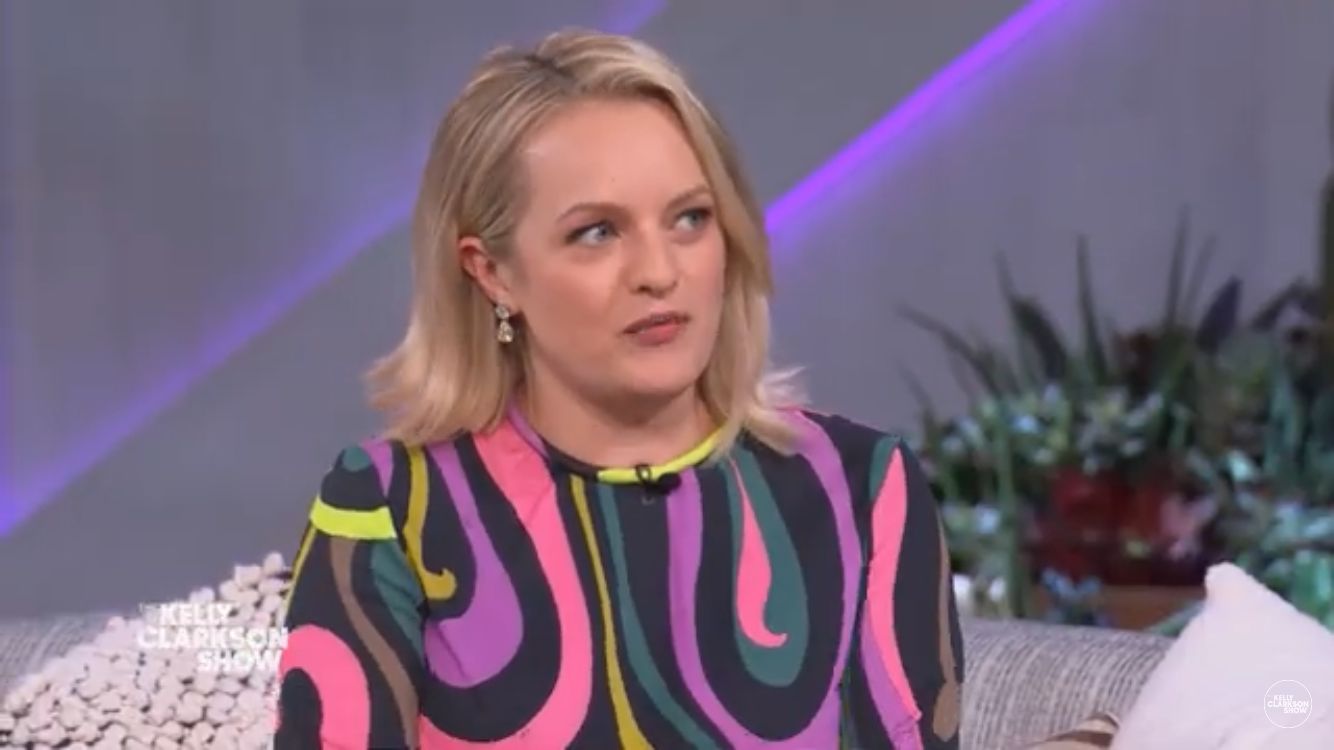 Kelly Clarkson clicks a lot with Elisabeth Moss. During her appearance on “The Kelly Clarkson Show”, the host told Moss that “she feels like we’re just like Destiny’s Child.” Kelly expressed, “We’re the same age.” After this, Kelly asked Moss, “What was your first album purchased?” The 40-year-old actress revealed, “it was Paula Abdul”. Once again, both of them found a common ground by revealing that they had that album on a cassette. Well, both are 80s babies.

Elisabeth revealed that she was the biggest fan of Paula Abdul, mentioning that her songs were revolutionary for her. I thought it was so, sort of like naughty and sassy,” she said while recalling, “Cold Hearted Snake”. Going all old-school, Kelly spoke in reference to cassettes, that her children will never know what rewind is. Moss confessed, “It was a journey.”

“Was anyone in your family musical?”, Kelly asked Moss. She replied, “Yea, everyone actually, no one was in acting or film or TV or anything. Everyone was in the music business with jazz and blues.” She expressed that everyone in her family played instruments.

If you’re not aware, Elisabeth is the daughter of Ronald Charles Moss and Linda Ekstrom Moss, both of whom were musicians; her mother plays jazz and blues harmonica professionally. However, Moss initially aspired to be a professional dancer and did homeschooling to pursue her dreams.

On sharing a room with her brother, Kelly asked, “Was that fun since he played music.” Elisabeth replied, “Good question. I mean, my brother and I are really close. I love him very much. So, now I am nostalgic for like days that I shared a room with him. She revealed that he is younger than her and he loved to talk and was very chatty. Well, Elisabeth misses that part very much. However, she had to move downstairs when her brother got multiple drum sets, like those electrical drums with headphones.

‘The Handmaid’s Tale: Not Just From June’s Lens 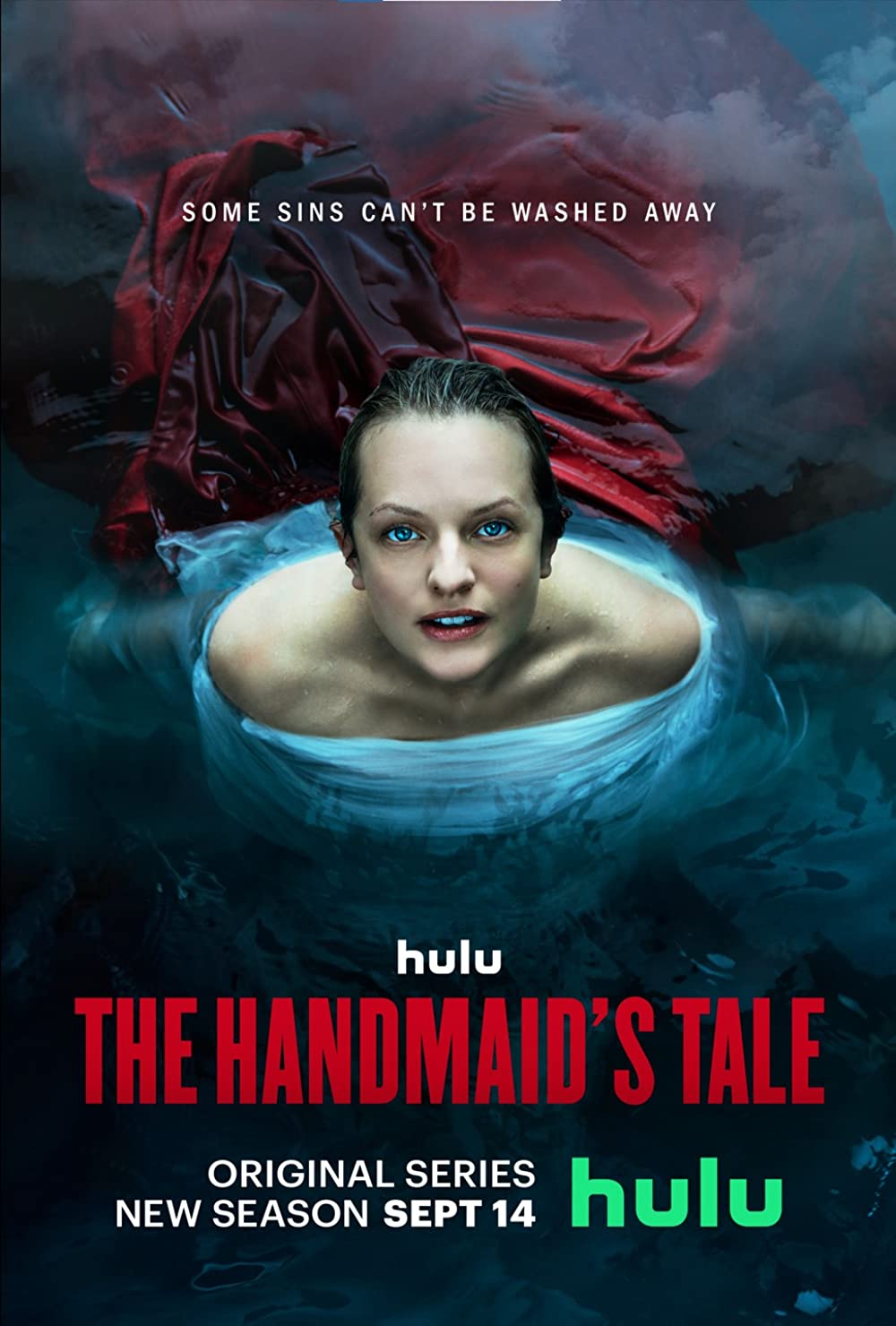 “The Handmaid’s Tale” fans raise their hands because the 5th season is streaming on Hulu and the series has been renewed for the sixth and seventh seasons. While showing a cover photo of this season, Kelly Clarkson revealed that the show, for those who don’t know, is about a dystopian world in which the United States has split, forming a country called Gilead. In this country, citizens are forced to play specific roles.

Speaking of Elisabeth’s character as June, who escaped Gilead like four times, Kelly asked, “Where do we find her this season? Elisabeth says, “I am not in Gilead. At the top of the season, I am in Canada.” June is trying to recover from the terrible murder that she and her friends committed at the end of season 4.

Elisabeth revealed that June is also trying to figure out how to be a mother, wife, human and a woman, and also be somebody who has gone through extreme trauma. “What perspective has the series given you, one what’s been going on with women and with women’s rights?”, asked Kelly.

Elisabeth answered, “You know, as a woman and a human, and as a citizen, of course, I have my own feelings, and my own, you know, what I think is right and what I think is wrong.” She continued, “When you’re a part of the show like that, you get so much more of it, and it’s part of your everyday life. And, you’re living out these scenarios.” 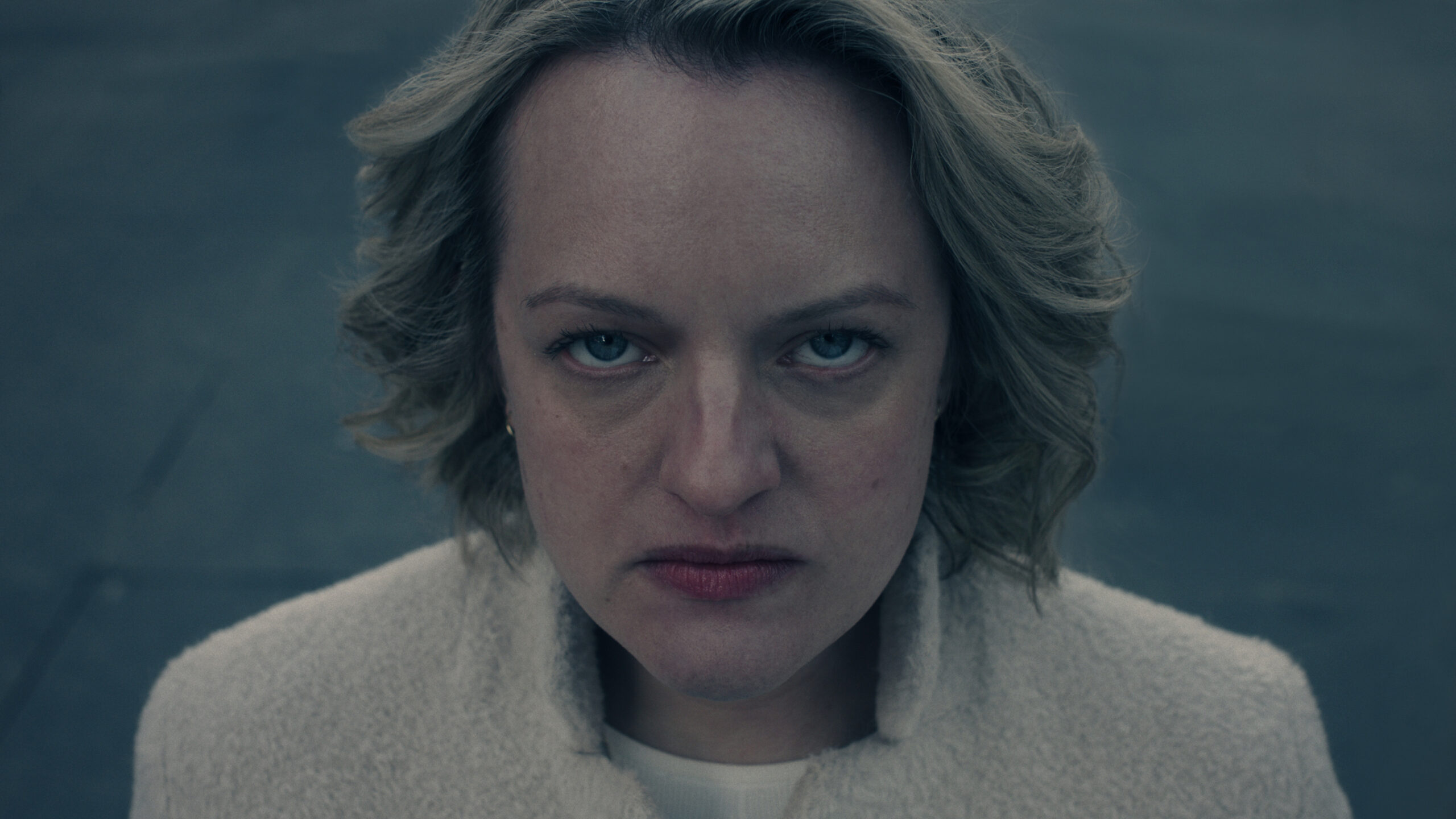 Elisabeth has found all of the above very fulfilling and eye-opening. She revealed that a lot of people come to her from across the world and share their stories. “It’s been a very gratifying experience as a woman,” she explained.

About the series, Elisabeth expressed that they are telling their story through one lens, “we are telling it through June’s lens,” she added. But again, she hopes that it continues to open up the space for other people for sharing their stories. “I really enjoy and value that conversation,” she concluded. 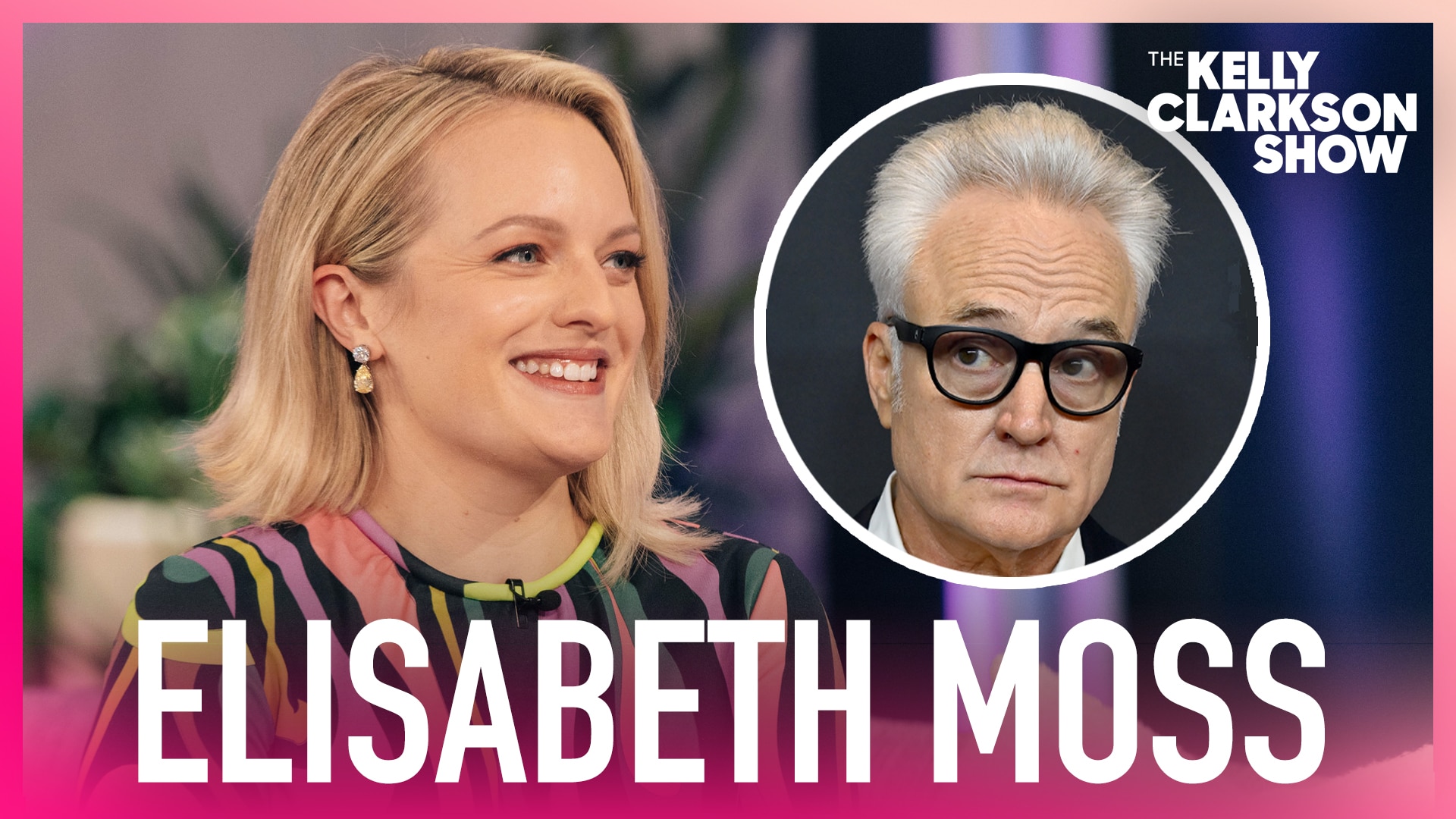 “I do too, I love conversation,” Kelly interrupted. She revealed that she loves being at a table where people don’t agree. She finds that exciting because you get to learn something. “Most people don’t, but I do,” Kelly Clarkson concluded. Kelly continued her conversation with Moss, and asked, “So you’re directing again, and not every actor wants to do all that, so it’s exciting. What’s it like directing? Like, Bradley, you’ve worked together on “West Wing”, was it like weird”, Kelly asked. 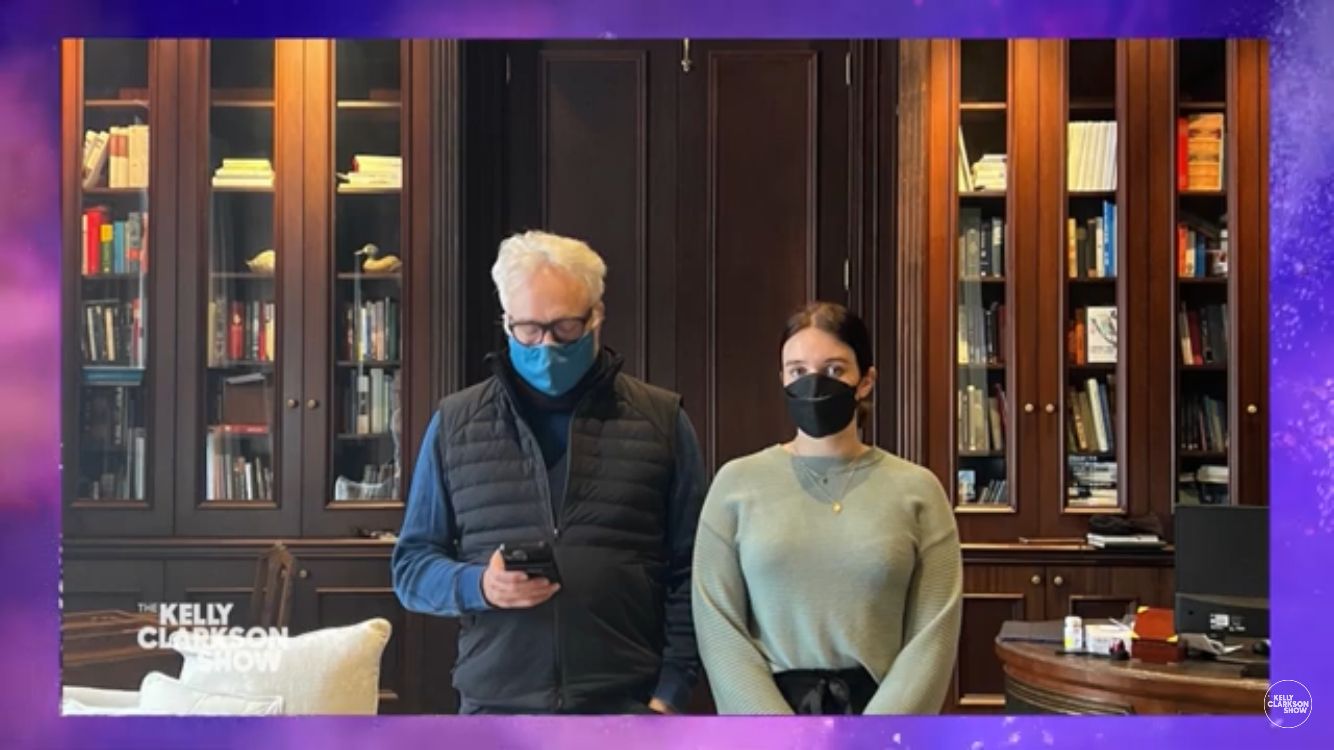 Elisabeth replied that she was 17 when she met Bradley and he was of the same age. Do you remind him and make him feel old for that?” Kelly joked. Elisabeth responded, “All the time. All the time.” She said that the two share a very close friendship. She said, “he directed this year too, and he did episode 9. He was like, Can I shadow? I wanna like…” Elizabeth told him, “I don’t know what you’re gonna learn from me, but okay Bradley Whitford, come on in and try to follow me around for a bit.”

Elizabeth confessed that she put him to work. She made him play every character in “The Handmaid’s Tale”. “I made him learn all the lines, made him stand for me, and that’s Bradley Whitford, a television legend, multiple-award winner,” doing all the work for Elizabeth.