Dua Lipa is “really superstitious” and has set a particular pre-show ritual to help cope with her superstitions. As she powers through her epic “Future Nostalgia” tour, June/July cover star Dua Lipa talks dancing, yoga, astrology, and much more. Read on to learn about it. 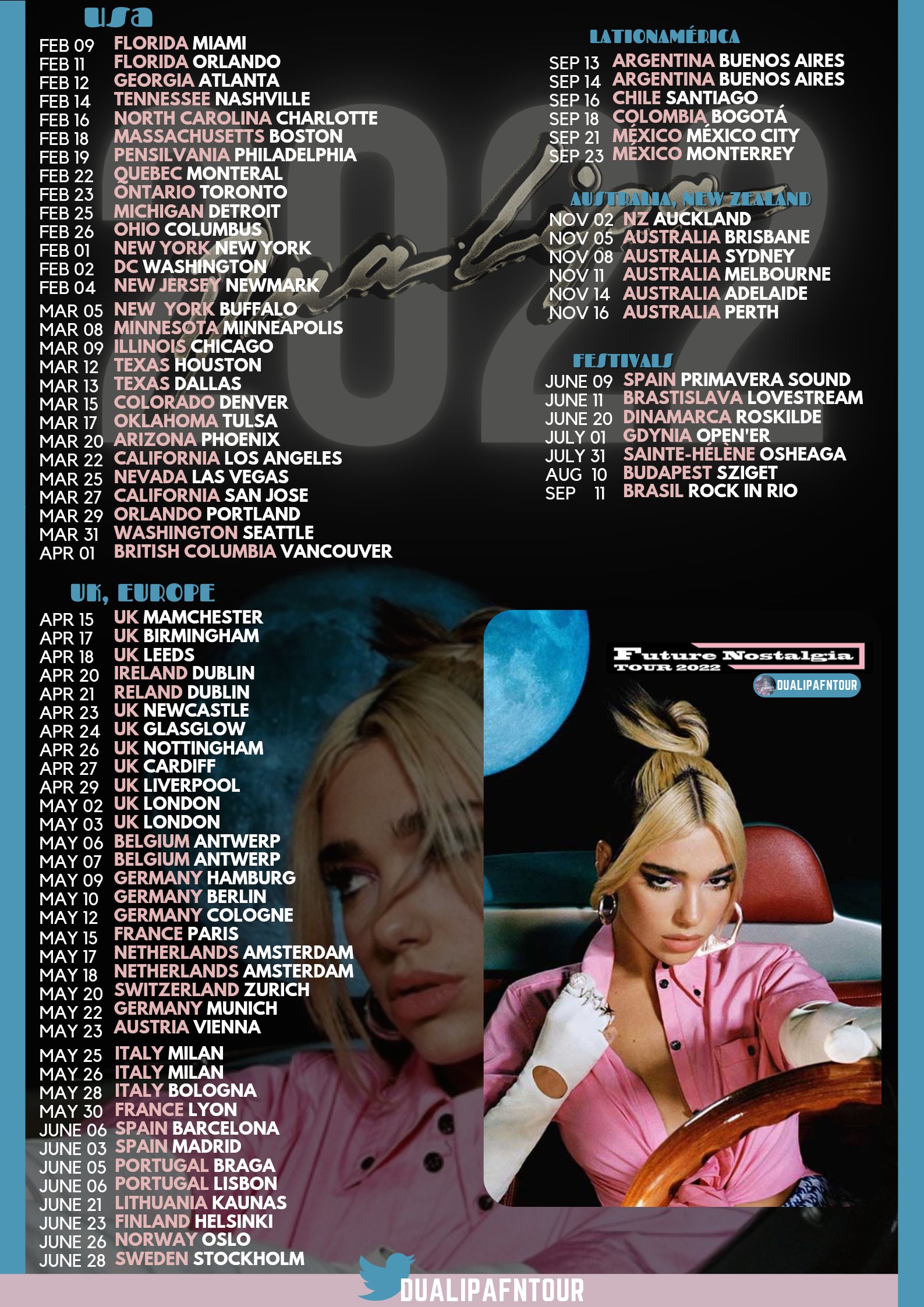 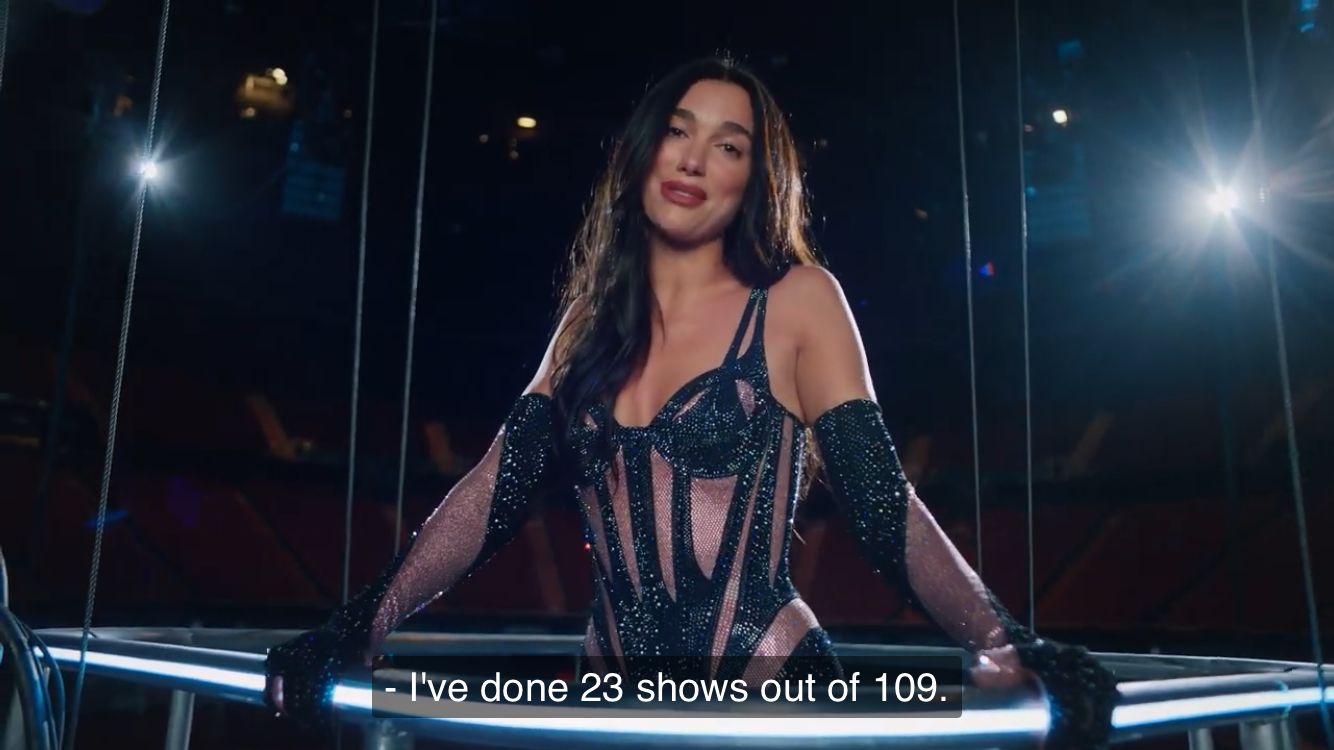 Dua Lipa is known for her pre-show rituals. In a recent interview with Vogue, the “New Rules” hitmaker stated that she has done around 23 shows out of 109. When she was asked about the first thing she does is to find a good restaurant and a really fun dive bar.

The Best Memory from the Show The interviewer asked, How do you describe the “Future Nostalgia” Tour. The 26-year-old English singer spontaneously responded, “The craziest thing I’ve ever done.” Not just this, but she also shared the finest memory from the show on this tour.  Dua revealed that she almost got spoiled every night, but “I Miss You” was a very special one for her in New York City. 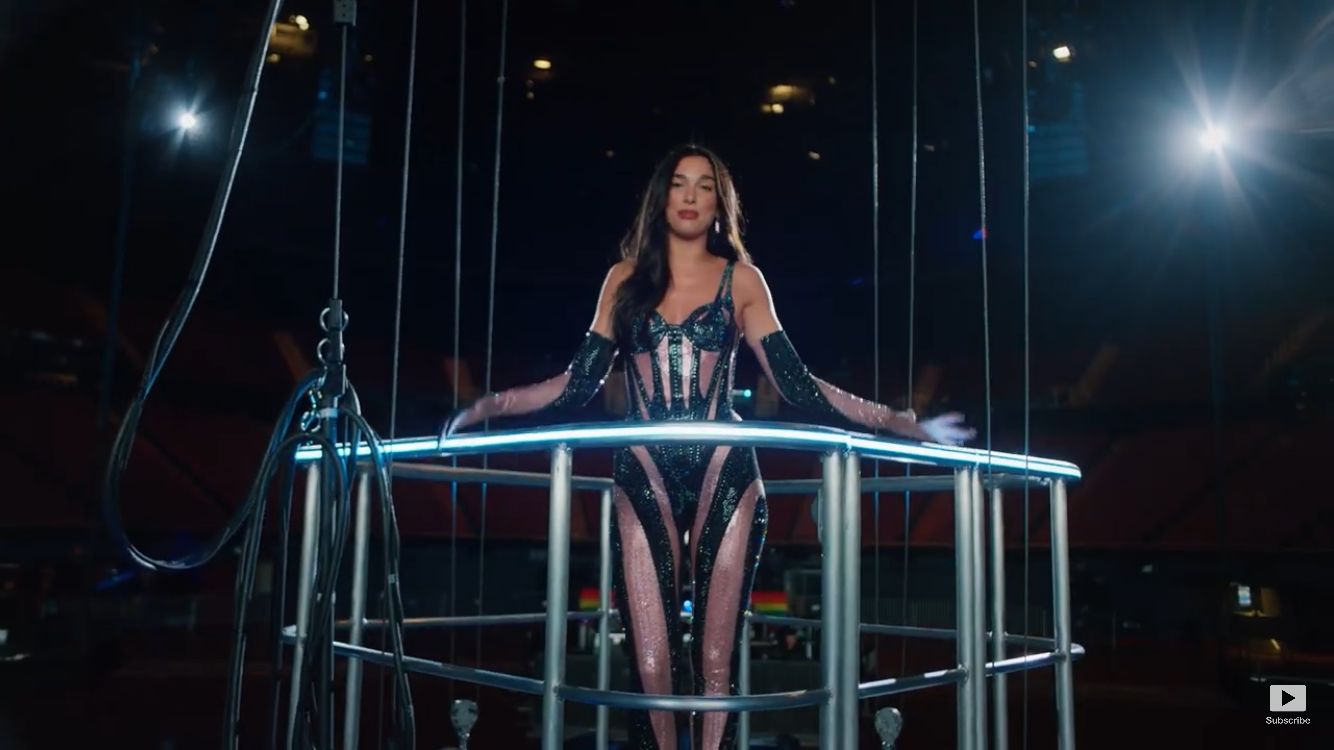 The interviewer asked her how has he approach changed toward touring since she first started. The gorgeous star revealed that “it’s not rock and roll. It’s lots of sleep and lots of tea. Yes, Dua loves her tea rituals before the show.

Previously in 2018, Dua said in a similar Vogue interview, “I’m really superstitious. First I’ll warm up, drink lots of tea, and hang out with my band. If people in the room have anything in their cups, they aren’t allowed to cheer.

Not just before a show, but ever. Before a show in Stockholm, my band thought it’d be funny to cheer with water before our show. I was so mad at them, and we went on stage and literally, everything went wrong. Everything.”

Dua was then asked about what tip would she give to those rising stars who are about to start their first tour. She said, “Make sure you take some time for yourself to stay grounded amid all this craziness.”

When asked about her pre-show ritual, the “Be The One” star stated that she does her dance warm-ups with her dancer Sharon, and then does vocal warm-ups with the backing vocalist. Dua revealed that she always gives a little fist pump handshake to her monitor engineer Alex. She doesn’t go to the stage without doing these rituals.

The interviewer asked her a very important question, “How is on-stage Dua Lipa different from the off-stage Dua hanging out? Dua chuckled and said, “Pretty much the same, just a lot more adrenaline.” She was also asked about the moment she felt vulnerable on stage.

Dua Lipa narrated an incident from her show in Washington, DC where she dropped her mic. She revealed that she was not prepared for that. Dua stated that that was the moment she felt vulnerable.

Dua was posed with many questions regarding her performance on stage. One of them was “What is the thing people don’t know about dancing during the performance?” She stated that there is a lot of thinking with dancing and singing at the same time, but sometimes you’re just thinking about what’s for dinner. She likes her meals, eh! 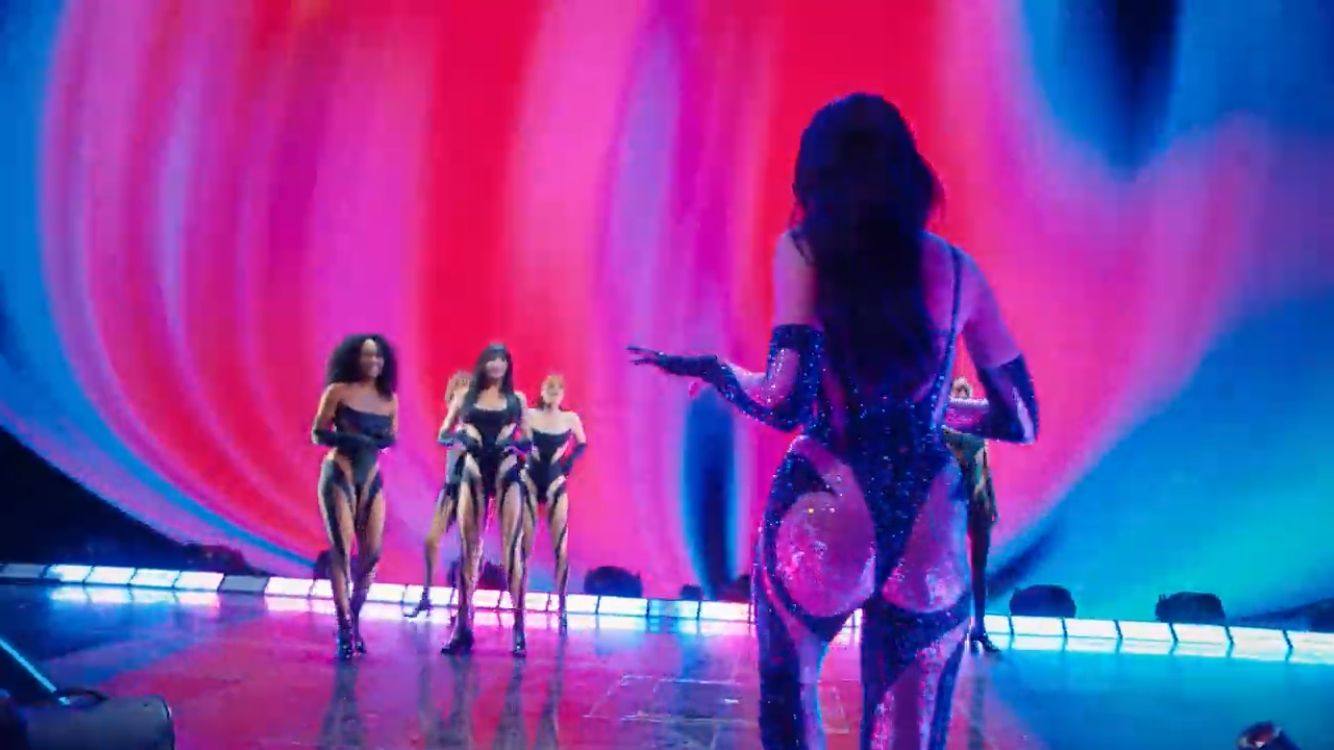 Dua Lipa was asked about what is her favourite dance move. Without hesitation, she stepped down the levitator while saying that she would have to show that one. The interviewer said that he was hoping that she would do that for him.

As she walked down, she was also asked about what is the perfect experience she wants her fans to have on the show. She said, “I would love them to have a really fun, really sweaty dancing experience, where for 90 minutes you can just forget about what’s happening outside these walls.”

As Dua Lipa moved closer to the stage, the interviewer asked her about the choice of stage outfit. Dua was dressed in a glittery spacesuit and looked stunning. She said, “I love something that’s comfortable but makes me feel really good.” 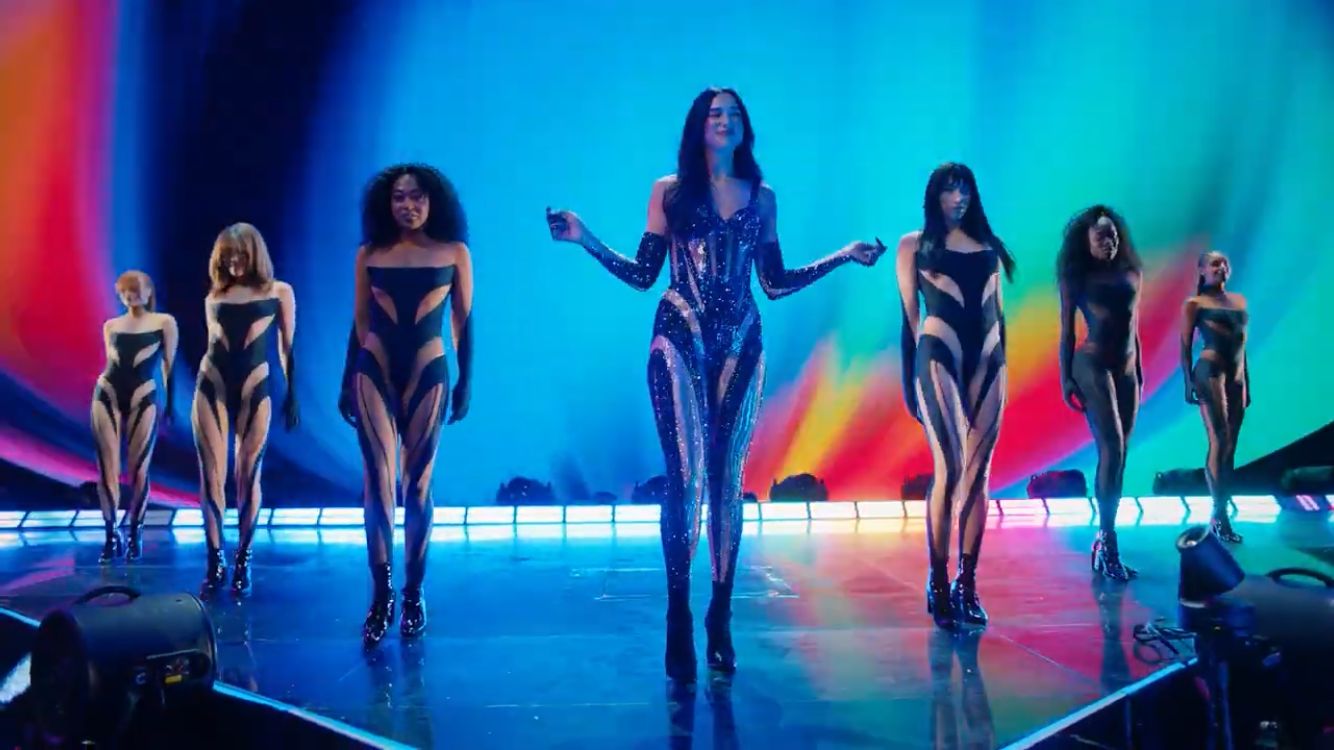 FYI, Dua Lipa wore four outfits during her show on the “Future Nostalgia tour”. She revealed that her show was split up into four acts. Therefore, each outfit narrated a different story. For instance, the first one is like the dance size class to the spacesuit in the end.

As Dua Lipa finally stepped on the stage, she asked her backup dancers to help her show her favourite move to Vogue. The gorgeous dancers who were already looking stunning in a similar bodysuit stepped forward and prepared themselves for the much-awaited moment.

Dua Lupa started moving her waist swiftly alongside her dancers. An excited interviewer asked Dua if she has a message for people who may have made fun of that dance. She said, “No, I think the message has been received.”

Dua was asked about how she thinks she can inspire her fans. Dua is known for being down to earth and so was her response. She said, “If I can do it, you can too. If you’re really passionate about something, then you should really just go for it.”

When asked about when did she realise she wanted to be a singer, Dua Lipa stated that she dreamt about it when she was four or five but put it into action at the age of 15 when she left Kosovo for London.

Dua revealed the most important lesson she learned when she started making music. She said it’s important to be proud of who you are as an artist and who you represent so you do there are no regrets about the decisions that you made.

Dua revealed that she got her nurturing trait from her mother and said that she likes to take care of people. On the other hand, she got her hard-working side and curiosity element from her father. 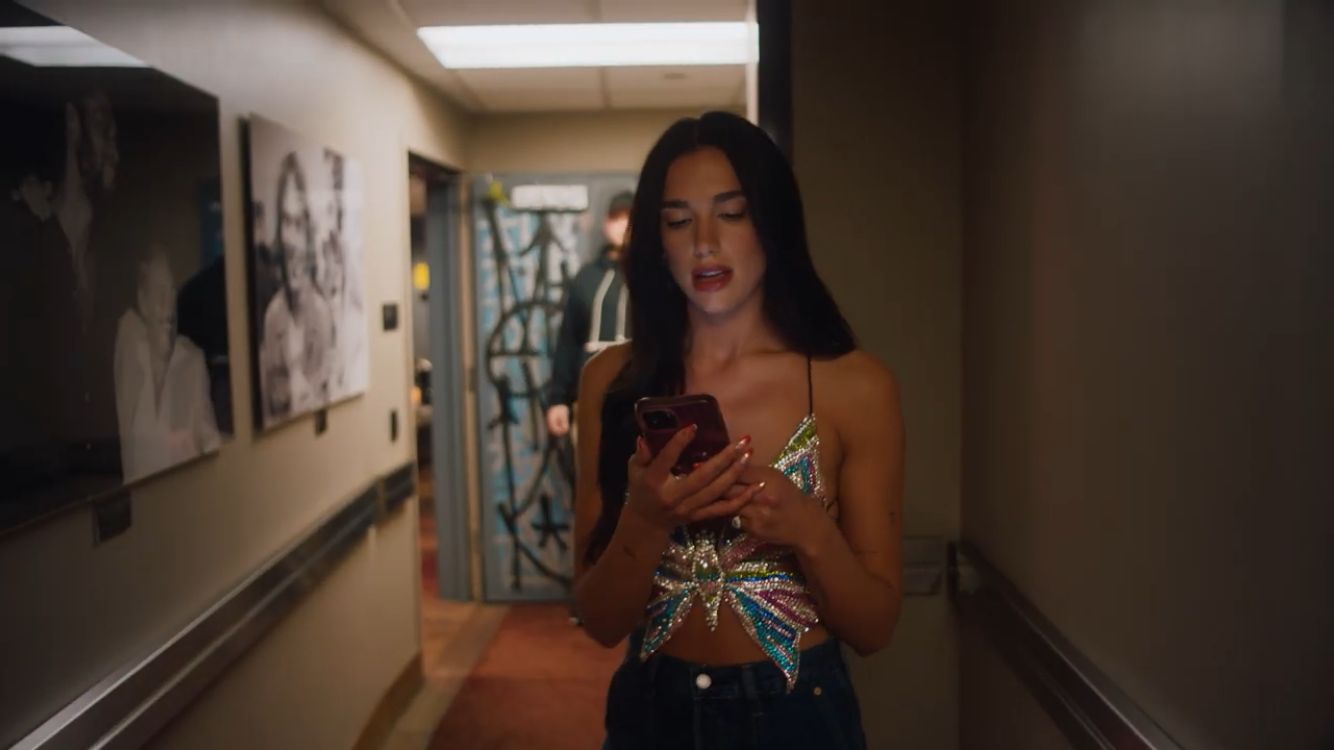 Dua went on speaking about her first language and how she learnt to cook after moving out of her parent’s house. After that, Dua quickly got up and started walking to a hidden place that was located somewhere down the stage.

Dua introduced the interviewer to Marlon Brando and her trolley which helps her to quickly change.  Dua also revealed that she keeps her first Grammy on the mantlepiece on top of the five-place. She went on speaking about a date gone wrong and described the people she worked with.

She referred to Elton John as “The Maverick”, Calvin Harris as “a polymer” and Megan Thee Stallion as “the hot girl”. She revealed that she was excited to collaborate with the Blessed Madonna on the “Future Nostalgic Remix”.

Lipa revealed that her favourite party song is “The Time is Now” by Moloko. About the approach regarding her two albums, she said that she got more confident and trusted herself and her craft. She also revealed her “Future Nostalgia” tattoo and said that she revealed the title of her album through it. 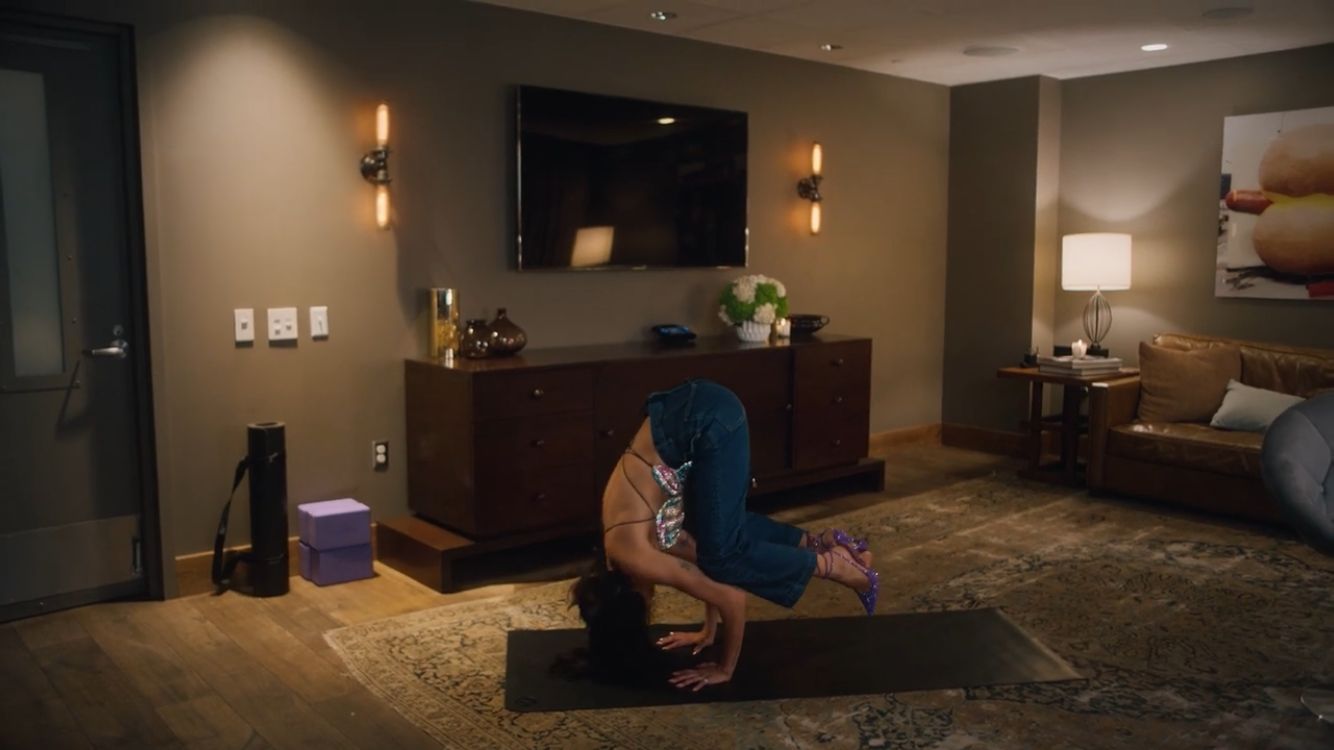 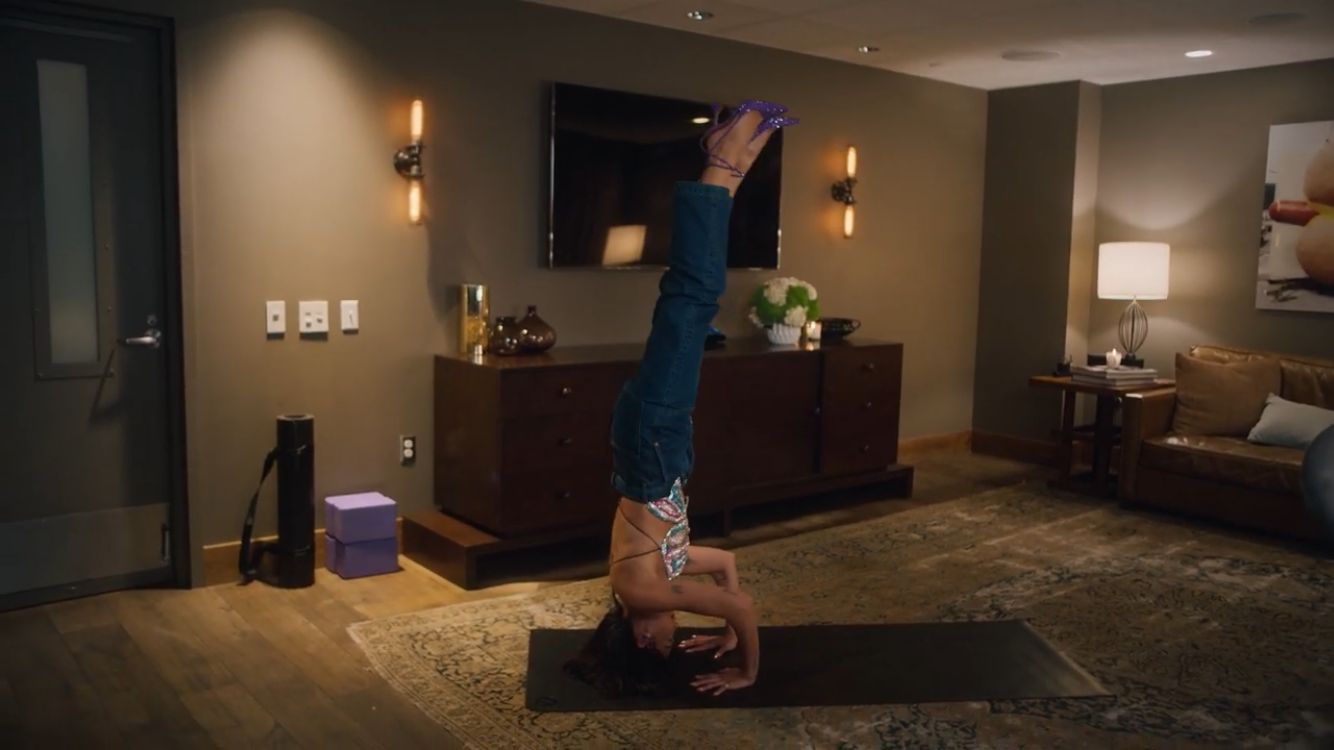 Dua Lipa revealed she always travels on her tour with her “yoga mat”. She said that she has even mastered the difficult “crow pose into headstand”. She even demonstrated the pose that she has recently perfected.

The Future Nostalgia Tour is the fifth concert tour by the 26-year-old English singer in support of her second studio album, Future Nostalgia (2020). Originally announced in December 2019 and scheduled to take place from April to June of the following year, the tour was postponed several times due to the ongoing COVID-19 pandemic.

The tour finally began on 9 February 2022 in Miami and will conclude on 16 November of that year in Perth, with several shows throughout North America, Europe, Latin America and Oceania. Griff, Tove Lo, Angèle, Megan Thee Stallion, Caroline Polachek and Lolo Zouaï will serve as supporting acts on the tour.

Dua revealed her excitement for the said tour by saying, I’m so thrilled to tour again and see my angels in person! How amazing that we all get to dance and celebrate together once again. When I was writing Future Nostalgia, I imagined the songs being played in clubs on nights out with your mates. I’m so excited that this fantasy is finally coming true. I can’t wait to experience these songs with you together live!”

Dua Lipa is set to perform in Cologne at the Lanxess Arena on 12 May, Paris at the Accor Arena on 15 May, and Amsterdam at the Ziggo Dome on 17 May. You can check out the details of her upcoming shows here.