Drew Barrymore is trending for her strange food choices. The actor and talk show host has revealed the ‘controversial’ way in which she eats her pizza. Barrymore posted a video on her social media in which she tells her fans that she removes all the toppings from the pizza crust and eats them with a salad, leaving the crust.

The 47 year old actor’s ‘pizza salad’ has now become a hot topic of discussion, with some foodies cringing over the bizarre way of eating pizza, while others coming out in support of the actor. 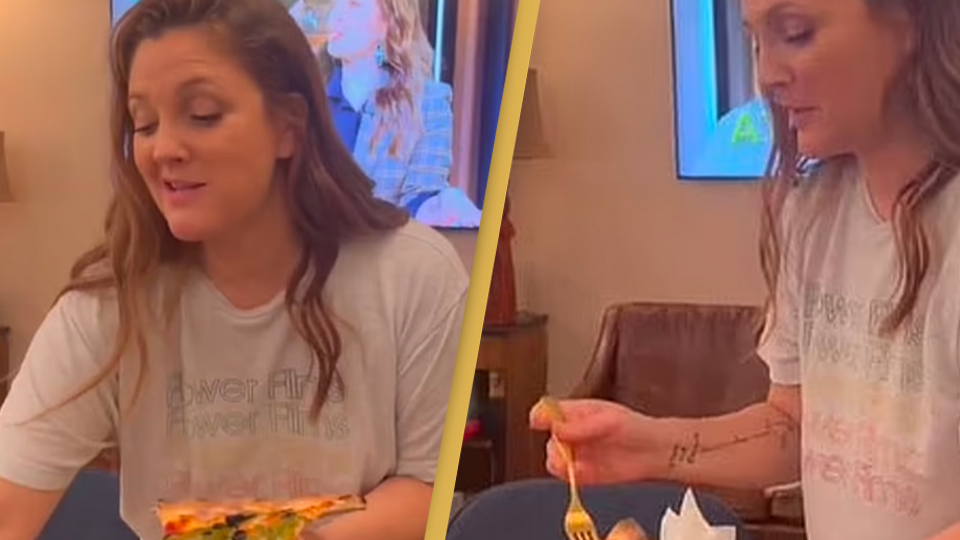 In a video posted on Thursday, Barrymore is seen scrapping the toppings off a pizza slice with a knife. “I’m sure people are gonna be like, ‘How dare you do this to a pizza? I get it. I feel really guilty about it myself,” she is heard saying.

She then added, “I just take the top of the pizza and a little salad which has basically all of the same toppings as the pizza, and then I make a pizza salad.” The Charlie’s Angels star then took the toppings and mixed them with lettuce and salad dressing, explaining, “Then I just kind of mix (it) up, and it’s actually really crunchy and delicious. And then you get the satisfaction of eating a pizza but maybe if you’re gluten intolerant…”

Barrymore, did, however, go the traditional way at the end of the video, eating a pizza slice with her hands and taking a bite, as it should be.

Viewers Outrage over the Video

As expected, some pizza lovers were offended by their favourite food being turned into a salad. “Oh, Drew. I usually love you, but I can’t with this. A little bit of me died watching the toppings be scraped off the pizza,” viewer a fan, while another one commented, “I don’t even like pizza and I’m offended by this.” 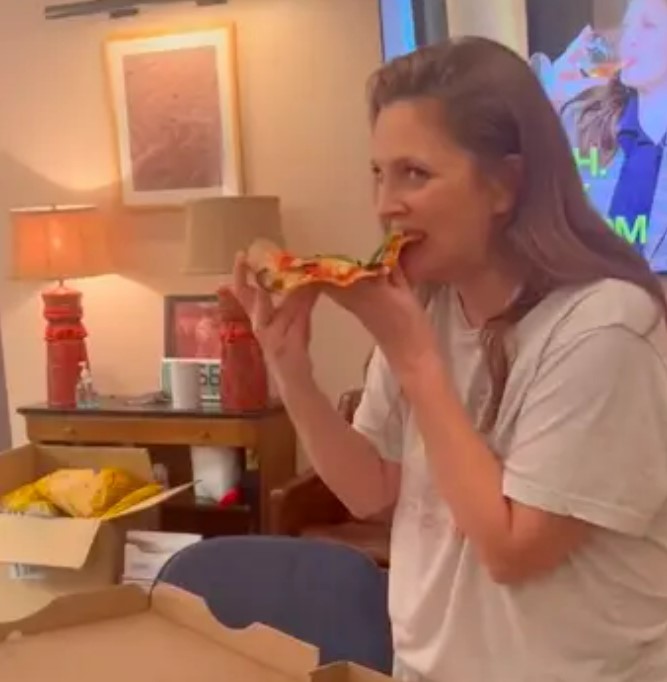 Comedian Mike Birbiglia also expressed his opinion and wrote, “Drew I’m filing a lawsuit on behalf of pizza,” and another user commented, “Life is too short Love!!!! Just eat the Pizza!!!!!!”

Some fans were also seen siding with the actor, with one writing, “You can do no wrong in my eyes. I’m gonna try it before I say anything, then let you enjoy your meal if I disagree.” A user also wrote, “Okay I’m definitely trying this! Thank you for being you.”

Barrymore Earlier Revealed that She is a Foodie and Hates Dieting

While the pizza salad debate has left the internet divided, one thing is certain that Drew Barrymore loves food. During her appearance on James Corden’s The Late Late Show in 2018, the actor had expressed her disliking for dieting, saying, “Let’s face it. I hate it. I would much rather eat fettuccine Alfredo like all day long.” 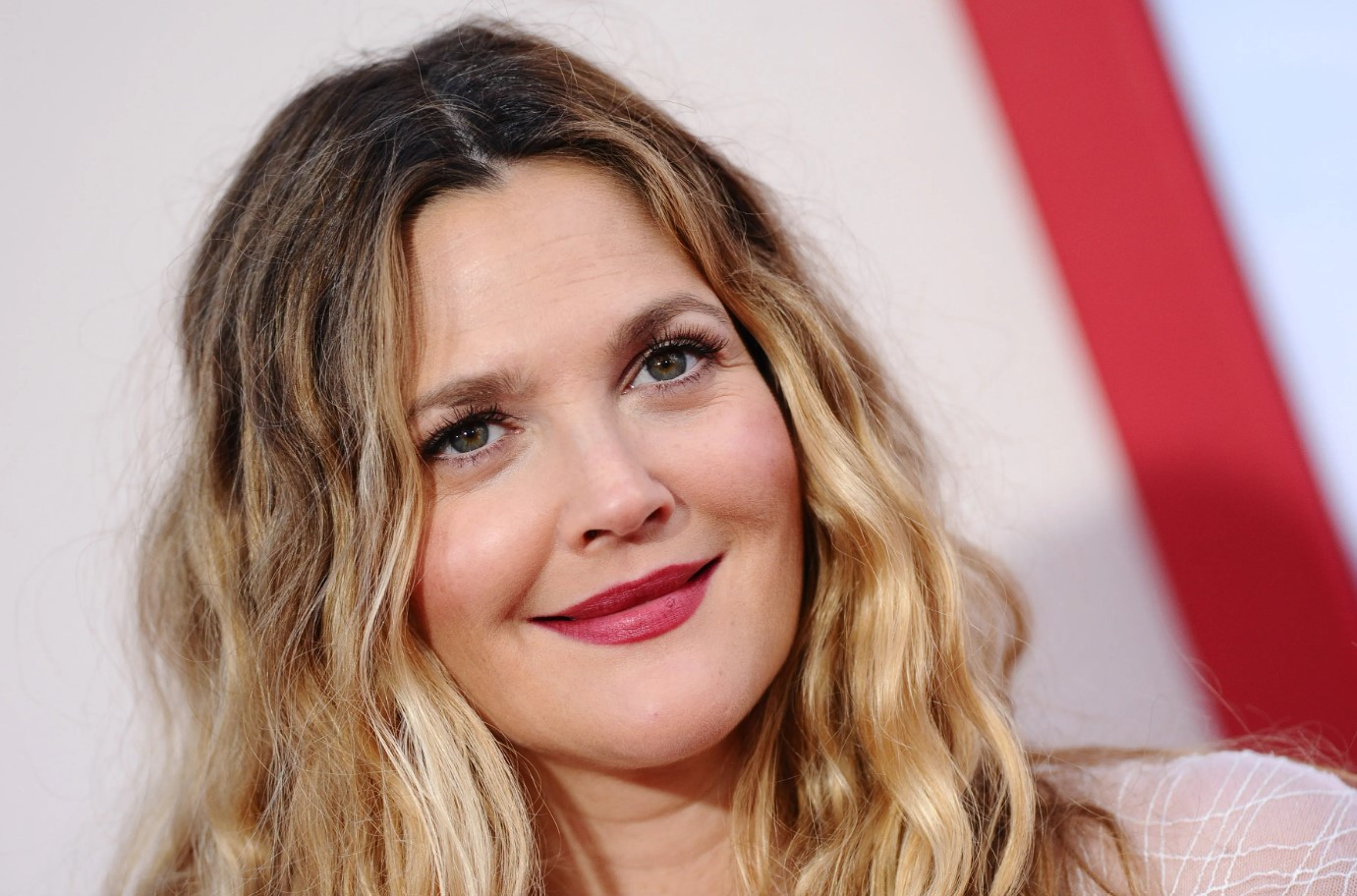 “When I’m doing the show, I’m a vegan, and I barely eat anything. I work out almost every day, and it’s so healthy, it gets to be euphoric. And then it’s like food poisoning — you feel like you’ll never eat again. But before you know it, you’re pigging out with the feed bag strapped to your face,” she said at the time.

What are your thoughts on pizza salad? Would you ever like to try it? Tell us in the comments section.