Drew Barrymore just opened up about her sexless life. The 47-year-old actress, who previously revealed that she could go “years” without sex, now admitted in a blog published on Sunday (Oct. 24) that it’s her sixth year without sex, and she hasn’t gotten intimate with anyone since 2016. No Physical Relationship Since Divorce… Research suggests that a good orgasm is essential for good health, well, Drew Barrymore lives differently. The “Riding In The Cars With Boys” star, who previously opened up about her sexless life, now wrote a blog on Sunday (Oct. 24) that it’s her sixth year without sex. Drew, who was previously married to Will Kopelman opened up that she hasn’t had sex since her divorce in 2016.

I’m not a person who needs sex and has to go out there and engage with people on that level,” Barrymore wrote in a blog post published on Sunday. “I am someone who is deeply committed to fostering how young girls, my daughters, and myself as a woman, are supposed to function in this world!”

In her blog post, the American actress revealed that she has extremely different feelings about intimacy than she had while growing up. She wrote, “I did not have role model parents and I engaged with people in grown-up ways since a tender age! I was looking for companionship! Validation! Excitement! Pleasure! Hedonism! Fun! And adventures!!” Now, she doesn’t care about sex.

“Now, because I can’t get in the time machine and change my history, so I now choose to look at it through a positive lens, which is that I have lived! I lived a very rich, full life. However, after two kids and a separation from their father that has made me cautious, I have had the pleasure of shifting my focus when it comes to love for myself and my two daughters,” she continued. 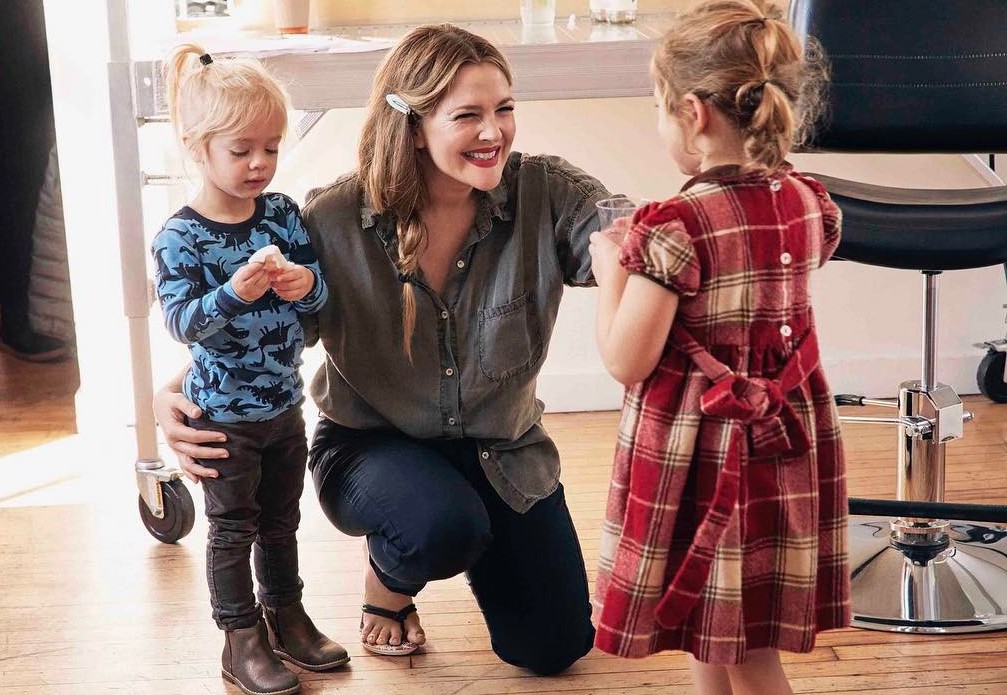 In her blog, Barrymore mentioned that she’s been undergoing therapy, and it made her realise that “sex is not love! It is an expression of love”, and these words from her therapist were something she had been searching for her own life. But now, she understands the difference. She added, “I know that does not include a man nor has it for a while.”

Barrymore emphasised the fact that since she’s been a single mom, she had the honor and pleasure of working on herself and learning parenting in great detail. She added that sex is not a priority. She even mentioned that she is raising her daughters to be “empowered” and to “love themselves”.

Barrymore wrote that she was most interested in teaching her daughters how “to love themselves,” and that an intimate sexual relationship might get in the way. She also praised Billie Eilish by quoting, “I actually really appreciated what Billie Eilish talked about on The Howard Stern Show about how young girls should filter the images and messages of what the current state of sex is in this modern world.”

Barrymore assured the readers that she is definitely not anti-sex, but this is something she doesn’t consider a priority. She concluded by writing, “So for the record, I do not hate sex! I have just finally come to the epiphany that love and sex are simply not the same things.”

Barrymore’s ex-husband married Vogue’s director of fashion development, Alexandra Michler, last year while Drew had been focussing on raising her two children she shares with Will. However, she did have a teary reunion with her ex-boyfriend Justin Long, 12 years after their breakup.