The Boulet Brothers’ Dragula: Titans is coming back on the screen. On September 12, 2022, the series was officially announced. Previous Dragula contestants will start competing in a brand-new competition layout in this brand-new series.

Titans Season 1 cast was announced on September 26, 2022. The series will have a total of ten episodes. This spin-off series stars one of the most well-known drag queens of all time. 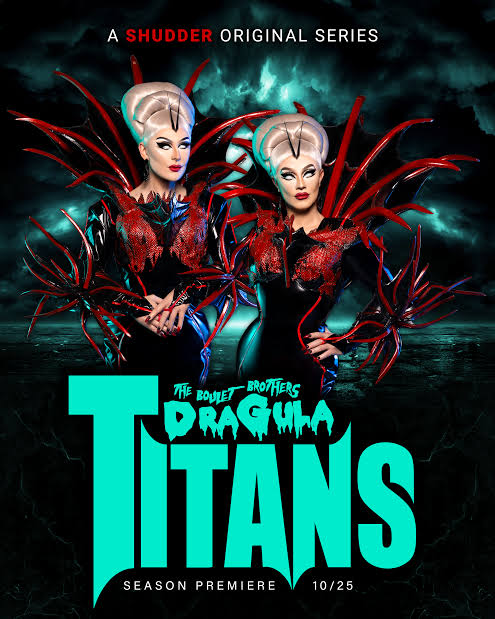 The first two episodes of the series will premiere on Tuesday, October 25, 2022. And it will be hosted by Dracmorda Boulet and Swanthula Boulet. Let’s take a look at the contestants of this upcoming series.

Abhora is from Los Angeles and appeared in the original series’ second season. They are a drag queen, a performer, and an illustrator. Abhora” derives from the word of Adora, a Miami drag queen which Abhora signifies the “evil” edition of.

They are the 2nd ever contestant to win a major hurdle and be at the bottom in the same episode. She is a drag performer and a contestant on The Boulet Brothers’ Dragula’s fourth season. Astrud Aurelia chose her name after the Brazilian bossa nova and jazz singer Astrud Gilberto. 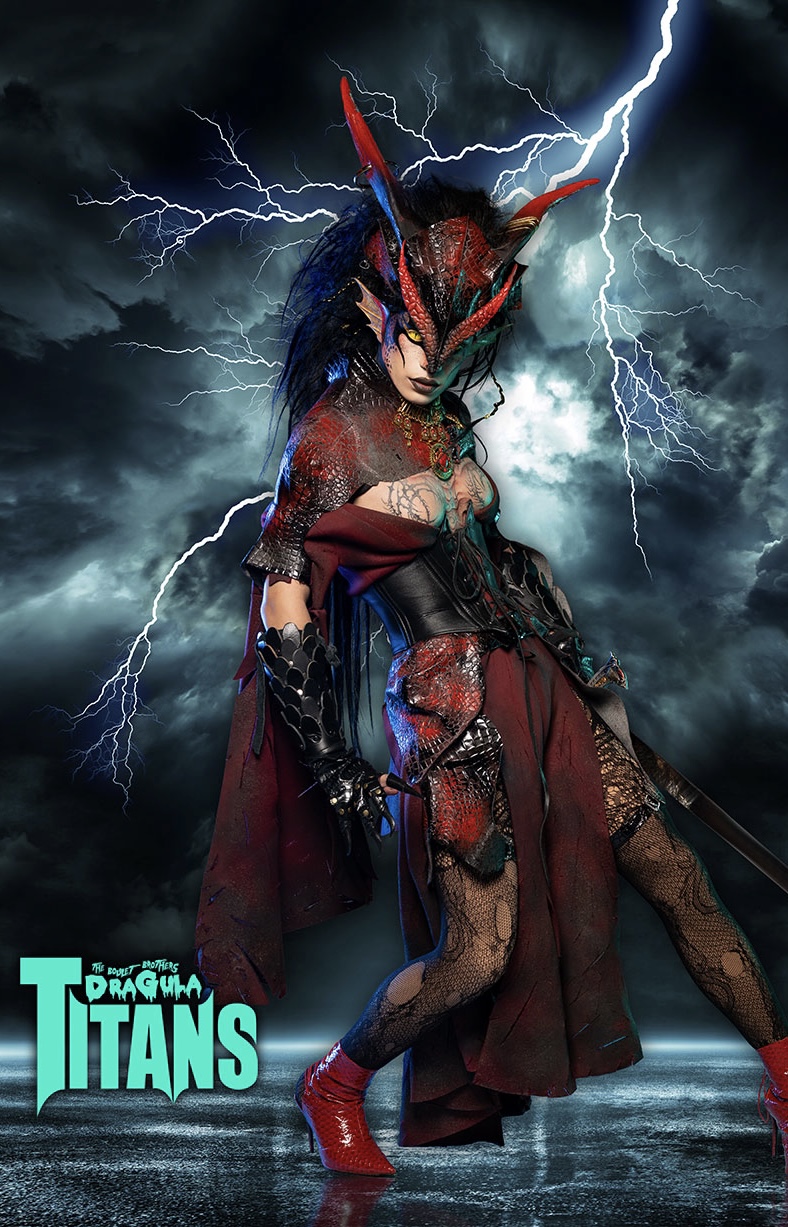 Erika Klash is a drag performer and one of ten contestants in The Boulet Brothers’ Dragula’s second season. Erika was eliminated in the fifth episode and placed sixth. Erika is Dragula’s first queen to finish the last four times.

She revealed in Episode 2 that her father was a pastor who was abusive to her mother and sister. Her father introduced her to horror movies as well. She made an appearance in the third season. A friend gave her the name Evah Destruction, which is a play on the words Eve of Destruction. During an interview, she stated that it was a relatively quick practice.

Evah competed in “RuPaul’s Drag Race” for 6 years and was considered for Seasons 8 and 9, but she did not make it to the final round of casting. She was the most followed Season 3 contestant before the show even started. She is the first Dragula contestant to win two consecutive main challenges. 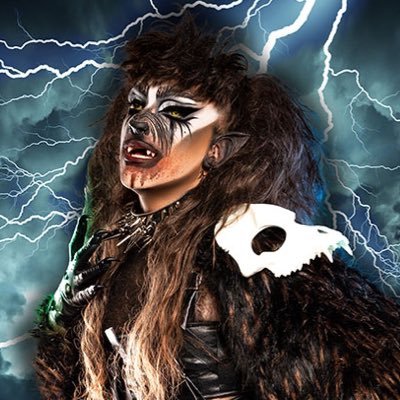 They are a Korean drag performer who competed in the fourth season of The Boulet Brothers’ Dragula. They finalized as a runner-up alongside Saint and Sigourney Beaver. HoSo identifies as a “drag yokai.” 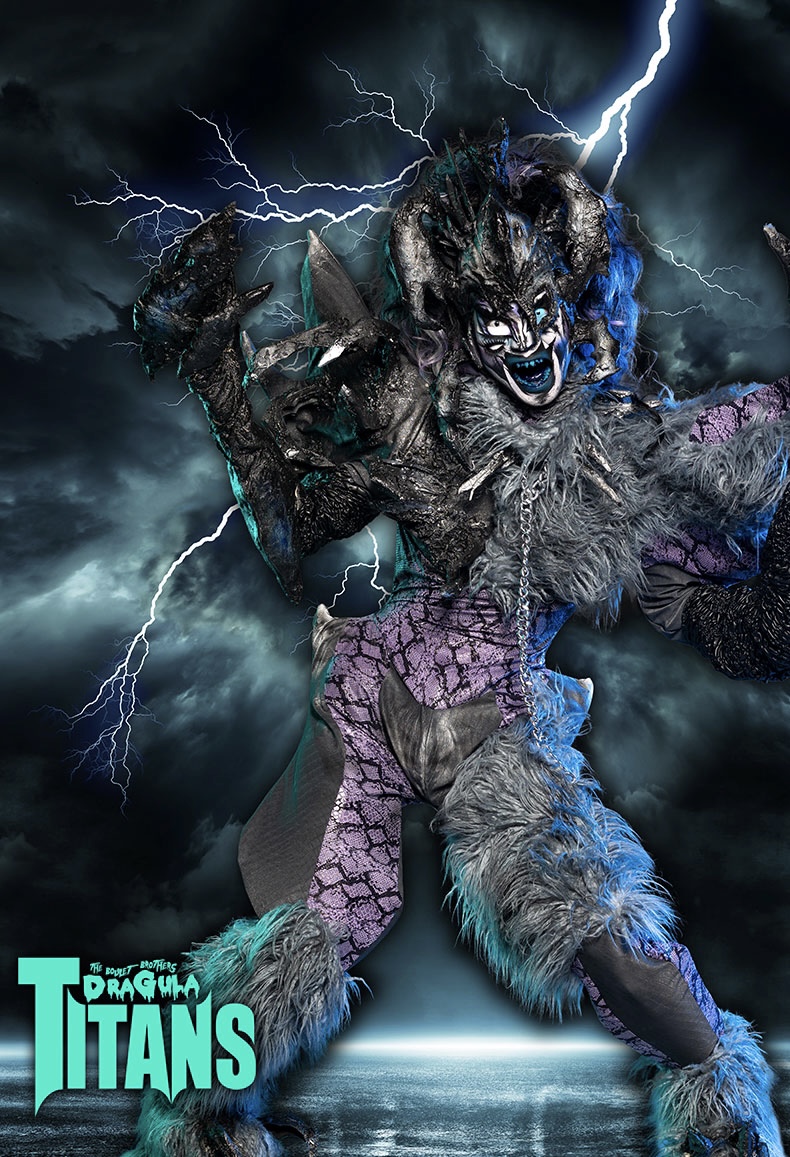 One of ten Dragula contestants on the second season of The Boulet Brothers’ Dragula Kendra was eliminated on the third episode and placed eighth. 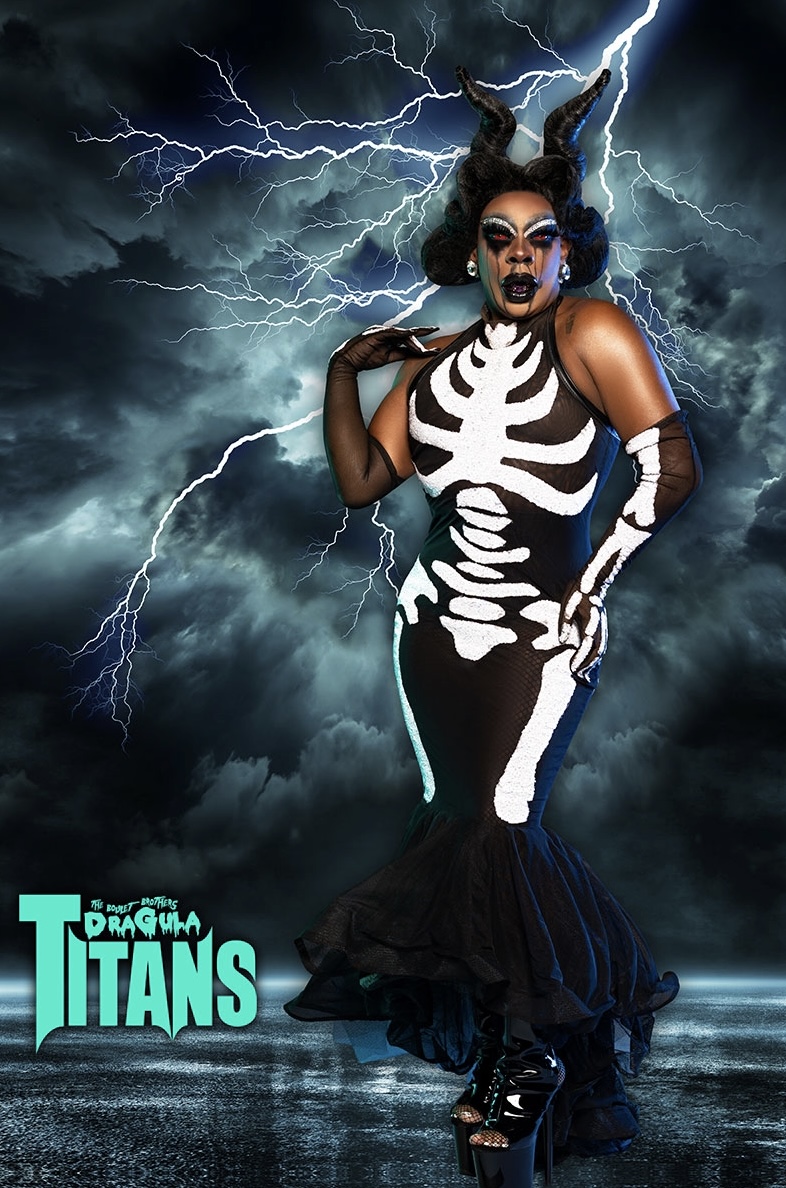 They are a contestant in The Boulet Brothers’ Dragula’s fourth season. Koco Caine is a combination of Kocoum (Koco’s Disney crush) and cocaine. Koco Caine identifies as a “drag shapeshifter.” 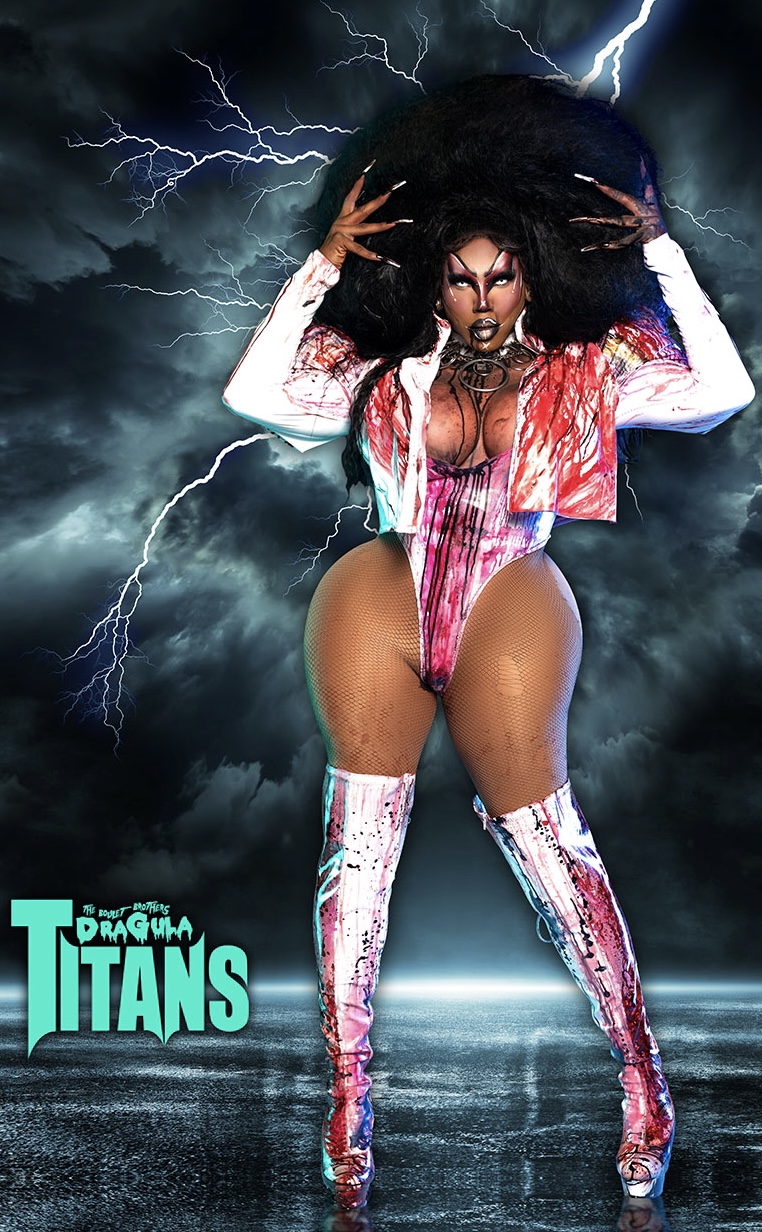 Yovska is one of eleven contestants in The Boulet Brothers’ Dragula’s third season. He prefers to evoke a sense of childlike awe or wonder rather than scare people. He wants to pique people’s interest and make them stop and think about what they’re seeing.

“I think a good way to put it is that I want to look like whatever a true angel’s form is, as I hear their portrayed human appearance is just what they show so as not to scare us.” 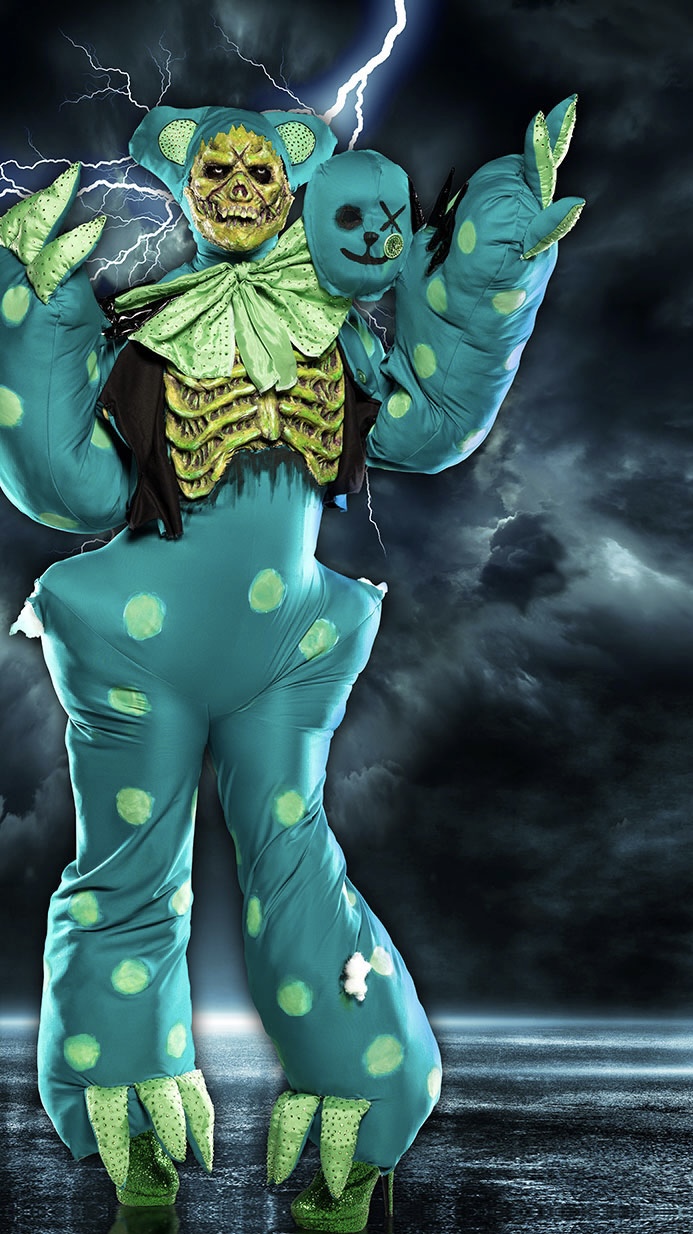 Melissa is one of nine contestants in The Boulet Brothers’ DRAGULA’s first season. Melissa made it to the finale but finished second to Frankie Doom. 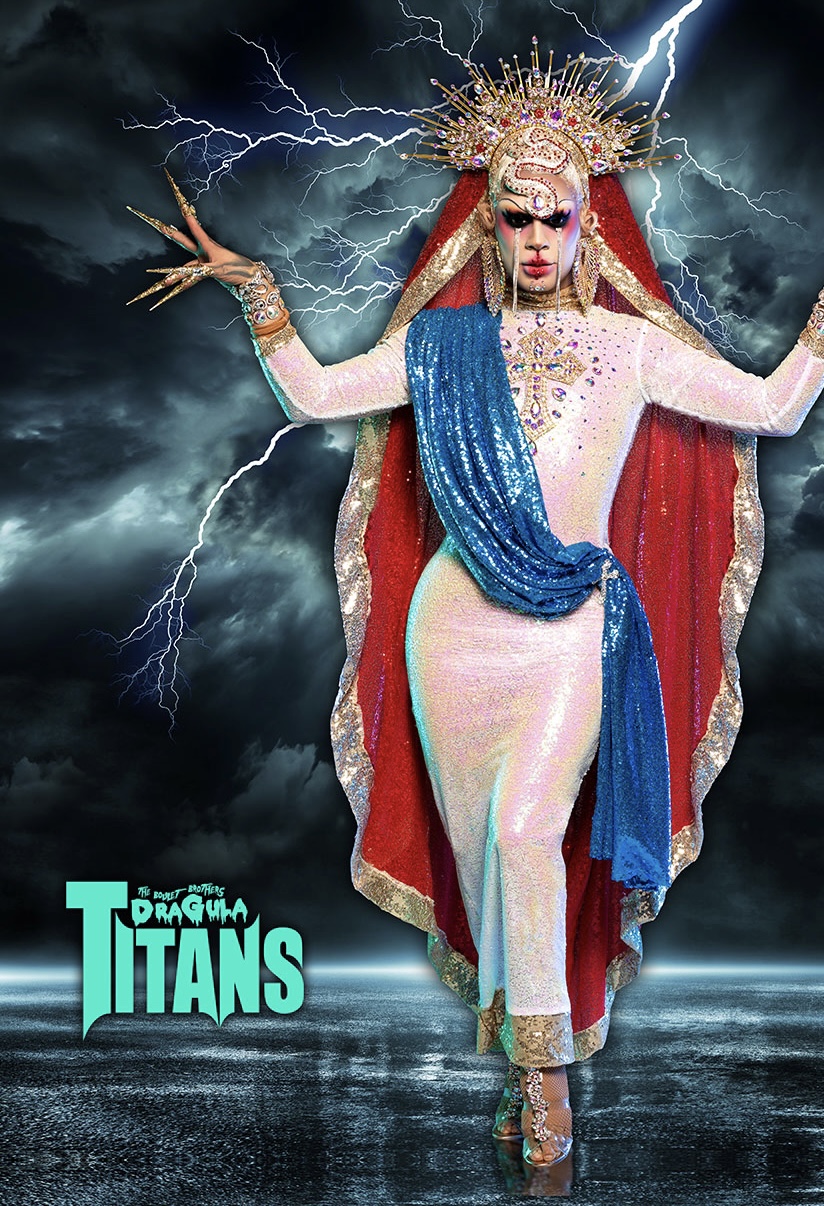 Victoria drag performer and one of ten contestants in The Boulet Brothers’ Dragula’s second season. Along with James Majesty, she was one of the two Runners-Up. Victoria was diagnosed with Autism Spectrum Disorder after the third season of Dragula. 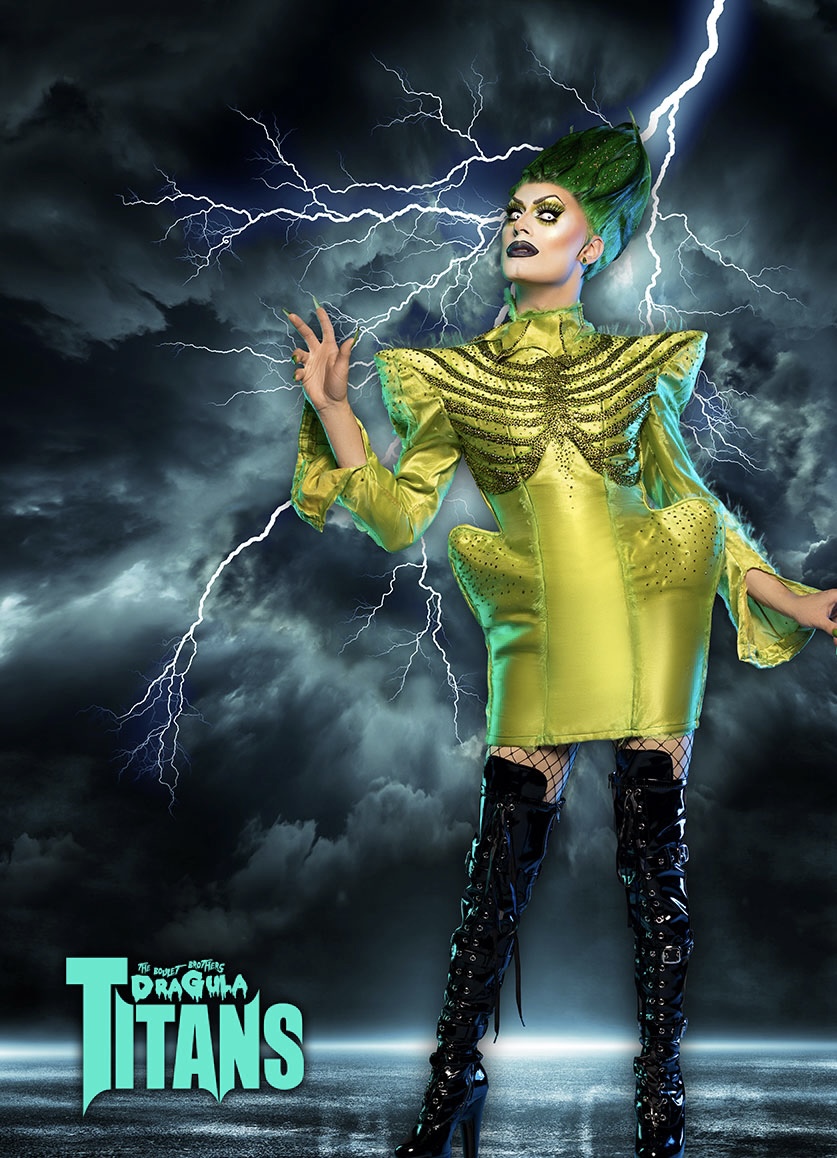 The Boulets said of the season in a statement, “We wanted the show to feel familiar to fans, but we also wanted the set and format to feel elevated from a regular season in order to match the incredible talent of the artists we’ve brought together.

There are so many shocking twists and turns this year that the competitors affectionately renamed the show ‘Gagula’ during filming, and we really can’t wait for audiences to see it. This show is truly the most compelling content we’ve created to date.”

Craig Engler, GM of Shudder added, “The Boulet Brothers and our previous ‘Dragula’ series have attracted a wonderfully passionate, engaged, and diverse fanbase and we’re delighted to bring them even more of the content they crave with this next competition series, especially during our biggest, most celebrated month of the year.”

What are your thoughts on the upcoming contestants? You are welcome to drop your opinions in the comment section below.