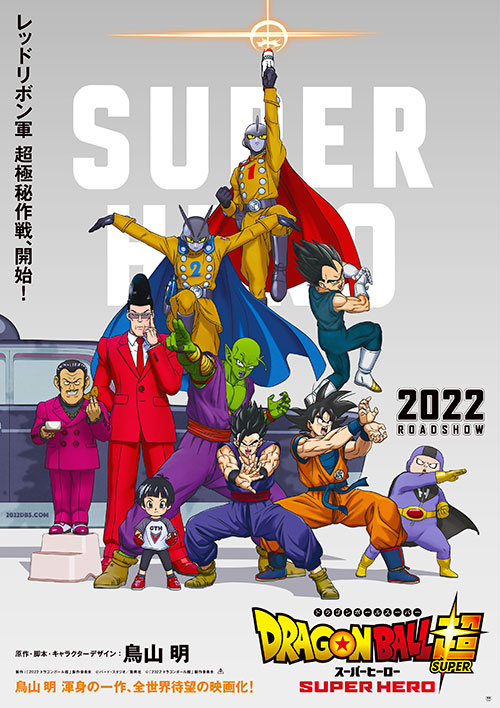 The Dragon Ball Super: Broly movie made the biggest impact on the anime industry as it became the highest-grossing movie for the Dragon Ball franchise. It felt different when the movie is being put on the big screen and people went to watch their favorite Goku and Vegeta kick Broly’s ass. The records for Dragon Ball: Broly were outstanding and was the first thing that Toei Animation or Akira Toriyama put out in so long since Dragon Ball Super. It was so big in Japan as well as the western countries as well that Toei was banking on a second movie already just after one week of Dragon Ball Broly’s release.

And the resulting output was Dragon Ball Super: Super Hero which will be in the theatres starting April 22, 2022.

This is the aptly dubbed ‘SUPER’ visual #1 of the movie as it is an extension to visual #1 which was first released back when the movie’s title and first trailer dropped.

There are so many theories and speculation about these characters’ appearances in the movie. This also marks the first time that any Dragon Ball product has displayed an elder Goten or Trunks except everything related to Dragon Ball GT.

The appearance of Android 18, being changed through the fashion is an exquisite touch as well as showcases the passage of time that is wading away every moment. The most intriguing thing about the poster seems to be the missing appearance of Videl from the poster.

As it is narrated and shown in the trailer that Pam has been kidnapped by the Red Ribbon Army, and Gohan is the primary one fighting the bad guys instead of Goku or Vegeta, it can be concluded that Videl must have a very important scene in the movie.

Also, with Goten and Trunks being in the Fusion-ha position, could it be deciphered that we will possibly get to see the teen version of none other than Gotenks? It is a fine conclusion. 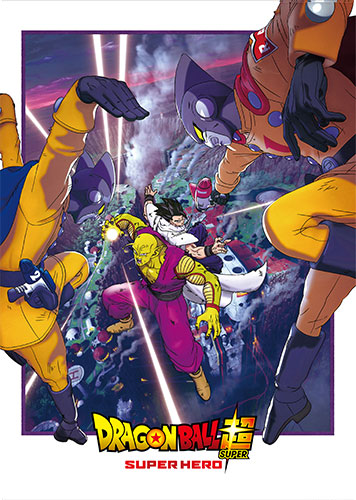 Also, there is someone else that we will get to see for the first time in a new transformation, Piccolo. Piccolo has been seen charging up for some fight and the official website for Dragon Ball has mentioned that in this movie Piccolo will be dawning a new aura surrounding him.

The last thing that is going to be returning straight from the Majin Buu Saga from Dragon Ball Z is the re-emergence of Ultimate Gohan, a state in which he is even superior to power than that of a Super Saiyan 3.

That’s all that I could muster up from the trailers and previews that the Dragon Ball website has been pushing out to build the hype season for the movie when it hijacks the movie screen on April 22, 2022.

Here are the trailers that have come out since the movie was announced back at Comic-Con 2021.

For more on Dragon Ball Super and the manga as well as all of your favs from the anime industry, check out The Teal Mango.