Vegeta and Goku power up to defeat their greatest enemy yet, the Heeters’ Gas in Dragon Ball Super Chapter 85. 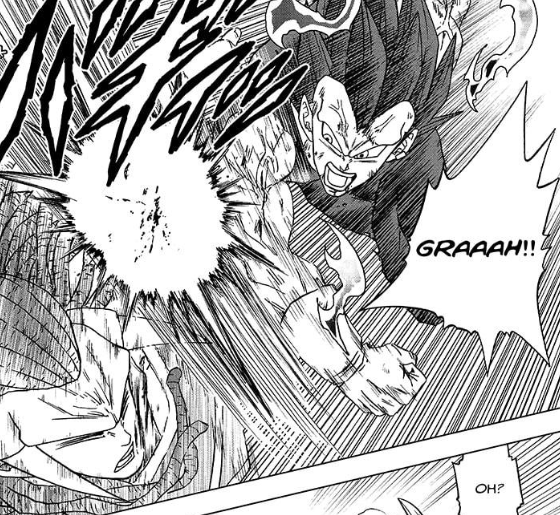 Realizing their true heritage and the pride that comes from being a Saiyan, the two charge up against the powerful Gas. But what is their strategy for winning this impossible looking match-up?

Catch up on the fight between Gas, the universe’s strongest warrior, and our beloved Saiyans. You can binge through the entire series until the fight only on the official Viz Media website.

The newest chapter of the Granolah arc, Dragon Ball Super chapter 85 will be released on June 20th, 2022.

In the last chapter, we saw the fight between Gas and Bardock, all those years ago. With Bardock coming out as the victor, Goku’s past was revealed. The chapter retconned the whole idea behind the character of Goku.

At the start of this chapter, we see Goku remembering the events of Dragon Ball Zero. In which we see the story of Bardock sending Goku to another planet as Frieza is about to destroy Planet Vegeta.

After seeing the footage from Bardock’s scouter, the two Saiyans have a sudden realization. Making it clear that the way to win this fight is not another power-up but the spirit of a Saiyan.

Talking with Monaito they express their newfound feeling about the Saiyan pride and the way Saiyans fight in any situation. Both Vegeta and Goku are healed by Monaito as they decide to solve their problems head on.

Squaring Off Against Gas

Meeting face to face with their eventual doom, Vegeta and Goku square off against Gas. But before the fight, Elec asks his two siblings about the previous fight and the state of Goku and Vegeta who charge up instantly when Gas arrives.

They tell their eldest brother that both Vegeta and Goku had achieved this form when fighting Granolah. Elec dismisses the possibility of the Saiyans winning as Gas was crowned the strongest after Granolah’s fight with them. 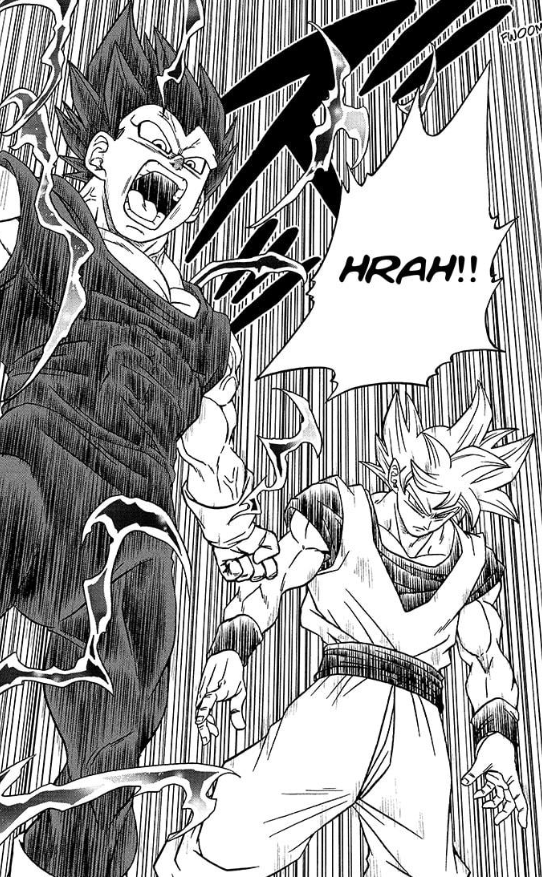 All through the chapter, we see Vegeta and Goku trying to best Gas, but to no avail. They try everything they have but fail to overpower Gas. Vegeta even builds up a God of Destruction energy blast but the power of Gas pushes Vegeta and Goku to a corner.

The chapter ends when Gas ragdolls Vegeta but he isn’t willing to lie down, stating that his power is growing with every blow that he takes from Gas.

The next two chapters could be the end of the fight between Gas and the two Saiyans as well as the Granolah arc. But how would they win against the universe’s strongest fighter?

Well, Bardock was able to defeat Gas by getting pushed in the corner but powering up because of the Saiyan pride. And the Saiyans will surpass Gas in this fight without any new transformations but the Saiyan pride.

This new dynamic, the Saiyan pride has garnered negative feedback from the audiences. Stating that it retcons the character motivation of Goku and belittles his past adventures and also unceremoniously ruins the power system of Dragon Ball.

This may not be the first time, that Akira Toriyama has messed around with the power scaling of the series. The biggest criticism of Dragon Ball Z and Super has always been the power scaling. But we hope that by some margin, Toriyama can change the current moods of the public towards Goku.