Noah Schnapp, who portrays Will Byers in the record-breaking Netflix series, shared a post on TikTok, revealing that the Doja Cat, 26 asked Noah to hook her up with his co-star, Joseph Quinn. After Noah leaked her direct messages, Doja Cat called out Noah Schnapp, stating: “That’s like borderline snake shit. He shared information that I didn’t feel comfortable with him sharing… It feels like a weird power play. I already said some shit to him.”

In her live video, Doja Cat insisted she didn’t want her fans to overreact, as Noah is “just a kid”. She said: “First let’s try to be chill about it, to be fair, this is like a kid. I don’t know how old he is but, there’s no way he’s over like 21. When you’re that young you make mistakes, you do dumb s**t. I’m trying to be super fair.” Well, it seems like fans are more inclined towards Noah even though he actually flouted Doja’s privacy. 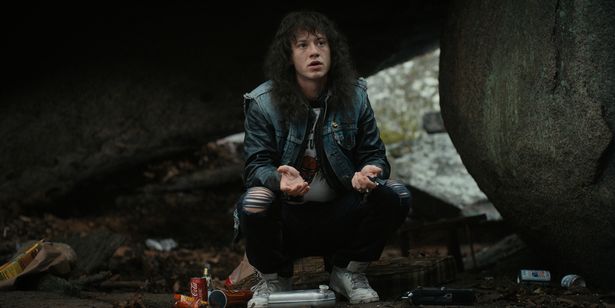 Who doesn’t love Joseph Quinn? Since his appearance on “Stranger Things” Season 4, Joseph Quinn, who portrayed the very cool, metal music fan Eddie Munson, has become the talk of the town for his charming looks. Well, Doja’s certainly got the hots for the 29-year-old actor.

But again, prior to calling out Noah for leaking her Instagram DMs, Doja was very vocal about her crush on Quinn. “Joseph Quinn fine as shit,” she tweeted shortly after the new season dropped on Netflix. Well, she tried her best to get a date with Quinn by suggesting to Noah that she couldn’t find him on Instagram.

She previously sent a DM to Noah Schnapp, “IDK his IG or Twitter. He doesn’t have a dm to slide in,” she added. Schnapp, ever the good samaritan, shared Quinn’s IG page in his follow-up. “Right here ma’am,” he wrote. However, Noah Schnapp did something unbelievable. Doja’s desperation for Joseph was put on public display after Schnapp revealed that the rapper asked him to set her up with Quinn. As the beef results in lost followers for Doja Cat, it seems like Quinn is barely interested in any of this.

There has been no word from Quinn over the said incident. But it seems like it’s Doja who has been at a loss. For Doja Cat, her fans have always been a priority and now, she has lost over 200K of them. What do you think? Even though Noah is our favorite star, was he just leaking personal messages like that? After all, you cannot expect chivalry from a 17-year-old, eh?