It was the year 2007 when we came across the most beautiful fairy tale of all time “Enchanted”. The film single-handedly holds the fandom for musical fantasies that have not stopped since its inception.

Musical fairy tales have been around for decades and will continue to be popular for years to come. If there is one thing that these movies do well it is to make the audience feel like they are part of the story and enjoy every second of it.

The plot itself is not that complex, but it does have some twists and turns that keep you guessing until the end. The characters are all lovable, which makes them very easy to relate to on an emotional level.

Taking this cute emotion forward, the critically acclaimed musical hit is back with its sequel the highly anticipated “Disenchanted”. The film has released its fresh trailer. Take a look!

Disenchanted is here to prove that not all fairy tales throw happy go lucky vibes.

The fresh trailer takes a cracked up approach to the former film that made us fall in love with musical fantasies. The film will take us 15 years ahead to Gisell and Robert’s wedding.

The trailer starts with the newly weds moving to a new neighbourhood with their family in the suburbs.

But Giselle finds it disappointing as she finds it difficult to adjust to life in the real world after witnessing how easy it is for people to find happiness in Andalaisa.

With Prince Edward’s encouragement, Giselle takes matters into her own hands—and gets a taste of what it means to be in charge.

The trailer strikes a perfect balance of reminding fans why they love these characters while also introducing newcomers to the story.

The film promises an exciting time reliving what made these beloved stories great in the first place, but it also looks like there will be plenty here for people who have never seen them before.

Enchanted tells the story of Giselle, a princess-to-be who is banished to New York City from her fairy tale homeland by her fiancé’s evil stepmother.

There she meets Robert and his daughter Morgan—two cynical realists whose worldview is challenged when they encounter magic after all these years spent living in an industrialized society.

The sequel of the film, Disenchanted takes us 15 years ahead in the life of Giselle and shows us a glimpse of her married life with a new baby and what their perfect marriage and happiness ever after look like. 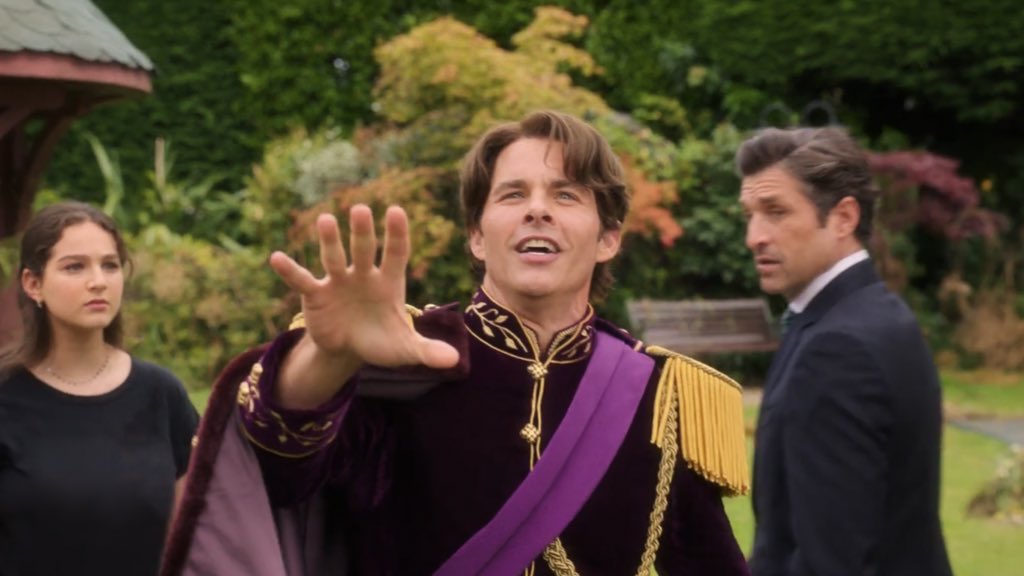 The film also includes a loaded slate of singing and dancing more than its former film.

For all the fans looking to mark their calendars, the musical fantasy film is coming to Disney+ on November 24th.

With Amy Adams as Giselle and Patrick Dempsey as Robert, the film also includes Gabriella Baldacchino as Morgan.