On a recent appearance on Jojo Wright’s podcast, Sean Combs, professionally known as Diddy, was asked about the biggest tip he has ever given to a person. The “Bad Boy Records” star revealed that he once tipped $25,000 to a random person, which changed his life completely. Read on to know all about the interesting conversation between Jojo Wright and Diddy. 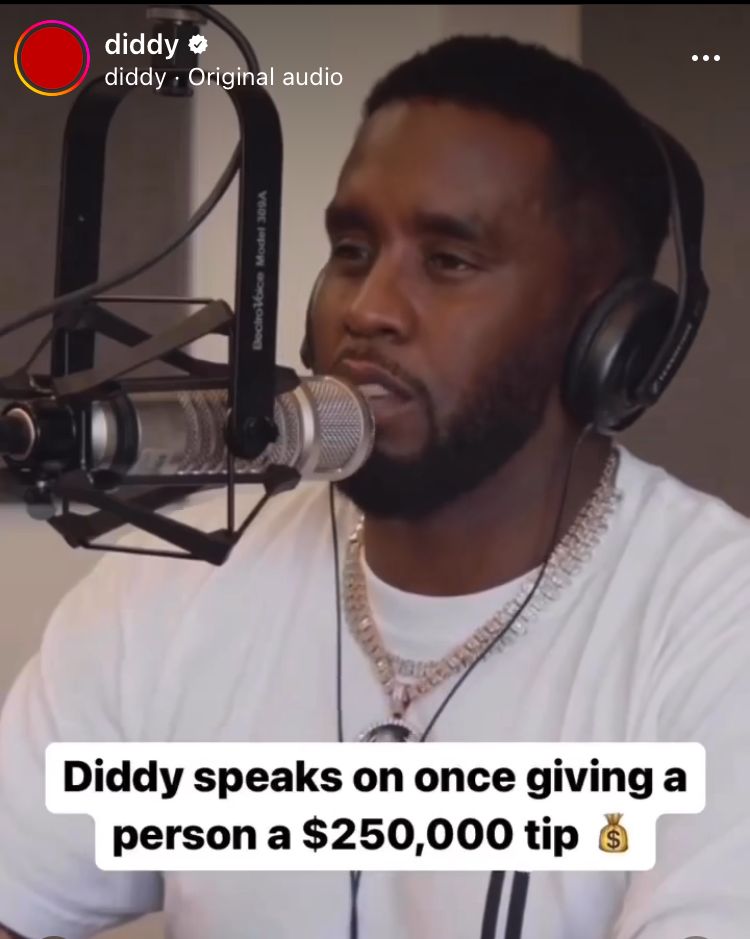 On a recent appearance on Jojo Wright’s podcast, Sean Love Combs, who goes by the stage name Diddy, revealed his good side, and how he changed a person’s life. When asked about what’s the biggest tip he has ever given to anyone, Diddy, 52 revealed that he once tipped $250,000 to a person in Vegas.

Jojo was stunned by his answer and asked, “You changed their life, whoever this person was, what was their reaction?” The three-time Grammy winner replied, “It was a quarter of a million dollars and it meant a lot to the person.” He added, “If I win, we all win!” Well said Diddy, well said!

Diddy shared a clip of this podcast on his official Instagram account, and wrote: If I win, we all win!!! LOVE 🖤🙏🏿💫⚡️✨.” Well, it was the comments section that was buzzing with praise. Rapper Druski wrote, “Circle of life”. One fan wrote, “God I see what you doing for others.” Another fan wrote, “Exactly ain’t no fun if your friend doesn’t have any #real friends.” 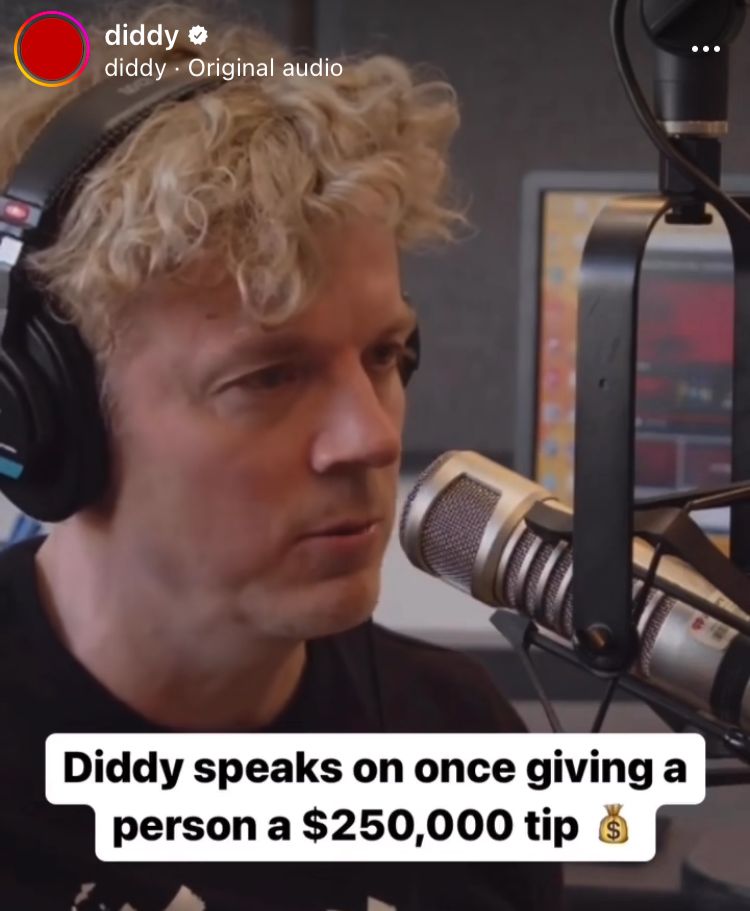 One fan even came up with her story about Diddy and stated that as she lost her earring during a party where Diddy was also present, he ended up paying her $200 and asked her to enjoy the rest of the party. Here’s what she wrote:

“I remember meeting Diddy I never forget the night he made it rain hundred dollar bills I never experienced that ever hundred dollar bills we had a blast that night he also had the bar open for all the ladies to have drinks for days NO lady pay for no drinks I also remember why I was in the midst of partying I lost my earring he stops the music and said here is $200 for your earrings let’s party. I also caught some 100s dollar bills as well too it was just an amazing night and I will never forget what a blessing thanks Diddy much Love your as such an amazing person Thanks for such an amazing memory as well you know how to party 💯💯💯💯💯💯.”

How Much Does Diddy Earn? Diddy has made a huge success with albums like “Forever”, “The Saga Continues”, “Press Play” and “Last Train To Paris”. His debut album, “No Way Out” has been certified seven times platinum. The American rapper has won three Grammys and two MTV Video Music Awards in his rap career.

The “Making The Band” producer also launched a clothing line Sean John in 1998 and won the Council of Fashion Designers of America Award for Menswear Designer of the Year in 2004. However, the rapper sold most of the company shares to GCG USA in 2021. The deal was estimated to be around $70 million. However, Diddy reclaimed ownership of his renowned Sean John brand for USD 7.551 million.