Recently, Emma Watson spilled the beans on her former Harry Potter co-star Tom Felton in his new book. For those of you who are unaware, let us tell you these two have known each other and have been friends for years.

Over the years, Emma Watson and Tom Felton have had a long-lasting friendship. The question is did they date back in the day? Continue reading further to find out the answer to the above question. In a foreword for Tom’s memoir titled Beyond the Wand, out now, Emma had nothing but good things to say about her Harry Potter co-star. She talked about Tom and the duo’s long-lasting friendship. She also went on to say, that she “always struggle(s) to explain to people the nature of our connection and relationship.”

The Perks of Being a Wallflower star penned, “For more than 20 years now we’ve loved each other in a special way, and I’ve lost count of the times that people have said to me, ‘You must have drunkenly made out, just once!’ ‘You must have kissed!’ ‘There must be something!’ ” 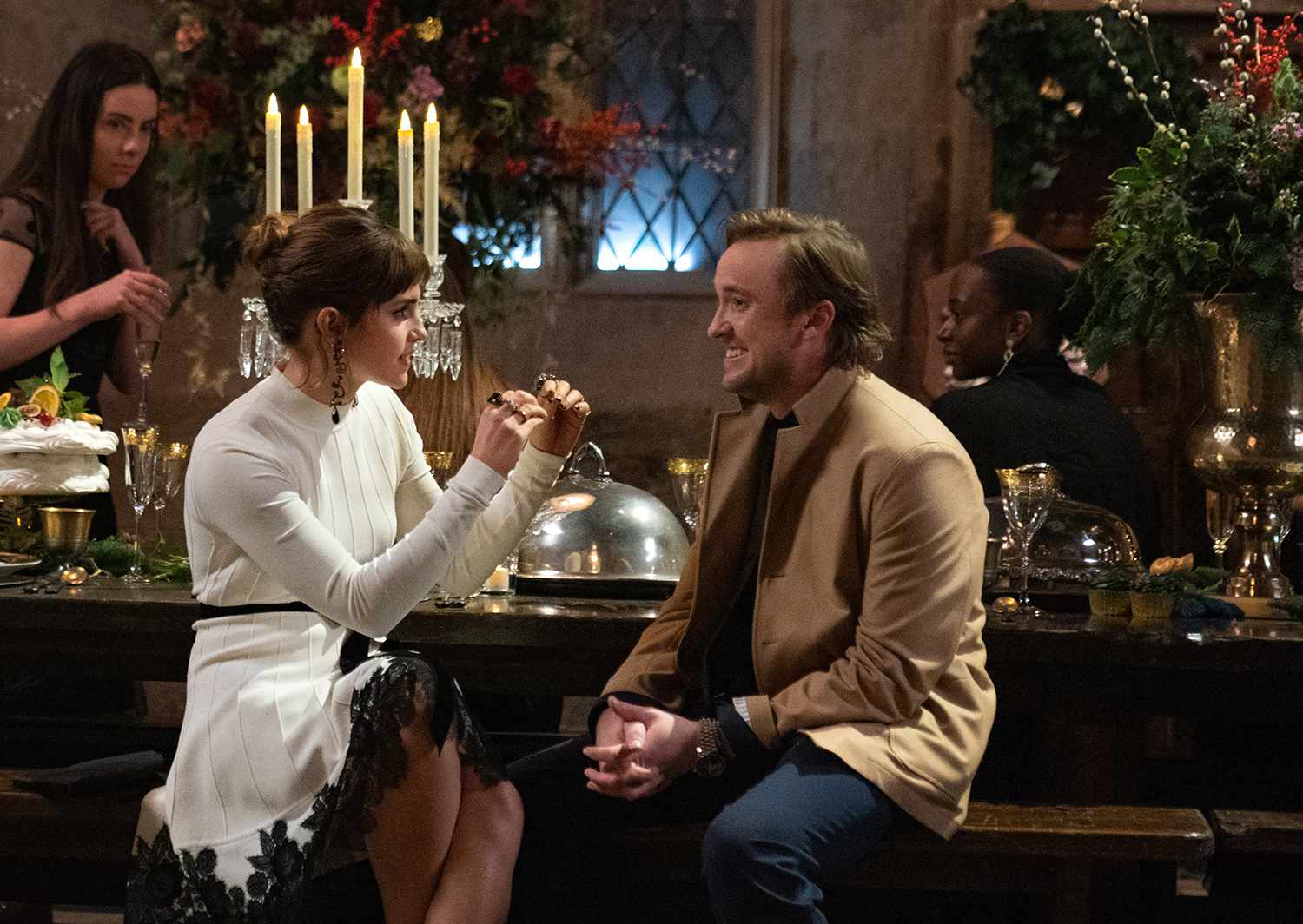 In the Harry Potter film series, Emma played the role of Hermione Granger, on the other hand, Tom essayed the character of Draco Malfoy. On-screen, Tom was her enemy for nearly 10 years across 8 Harry Potter films. She further added, “We’re soulmates, and we’ve always had each other’s back. I know we always will. It makes me emotional to think about it.”

Emma continued, “Friendships are the lynchpin of human existence, and I am so thankful that at crucial turning points in my life, Tom has been there to reassure and understand me. The friendship we share has allowed me to move through some of the most challenging and soul-searching moments in my life.”

Yes, you read that right. During a 2011 interview with Seventeen magazine, the Beauty and the Beast actress admitted that she “had a huge crush on” Felton while they were filming the first two movies, Harry Potter and the Sorcerer’s Stone (2001) and Harry Potter and the Chamber of Secrets (2002).

Emma told the media outlet, “He was my first crush. He totally knows. We talked about it. We still laugh about it. We are really good friends now, and that’s cool.” During HBO Max’s Harry Potter 20th reunion special, which came out this January, Emma confessed that back in the day she used to look for Felton’s name on the call sheet every day during filming.

Do you think Emma Watson and Tom Felton were once an item? Kindly let us know your thoughts in the comments section below. Don’t forget to stay tuned with us for the latest updates from the world of showbiz.