David Wayne Spade and Dana Carvey go back in time. The 57-year-old American actor, who was a cast member on Saturday Night Live in the 90s, appeared on Jimmy Kimmel Live! and revealed that he gave $5K to a viral burger king employee. He also talked about doing the recent SNL podcast “Fly on the Wall” with Dana Carvey.

The Man Who Attended Work Everyday! 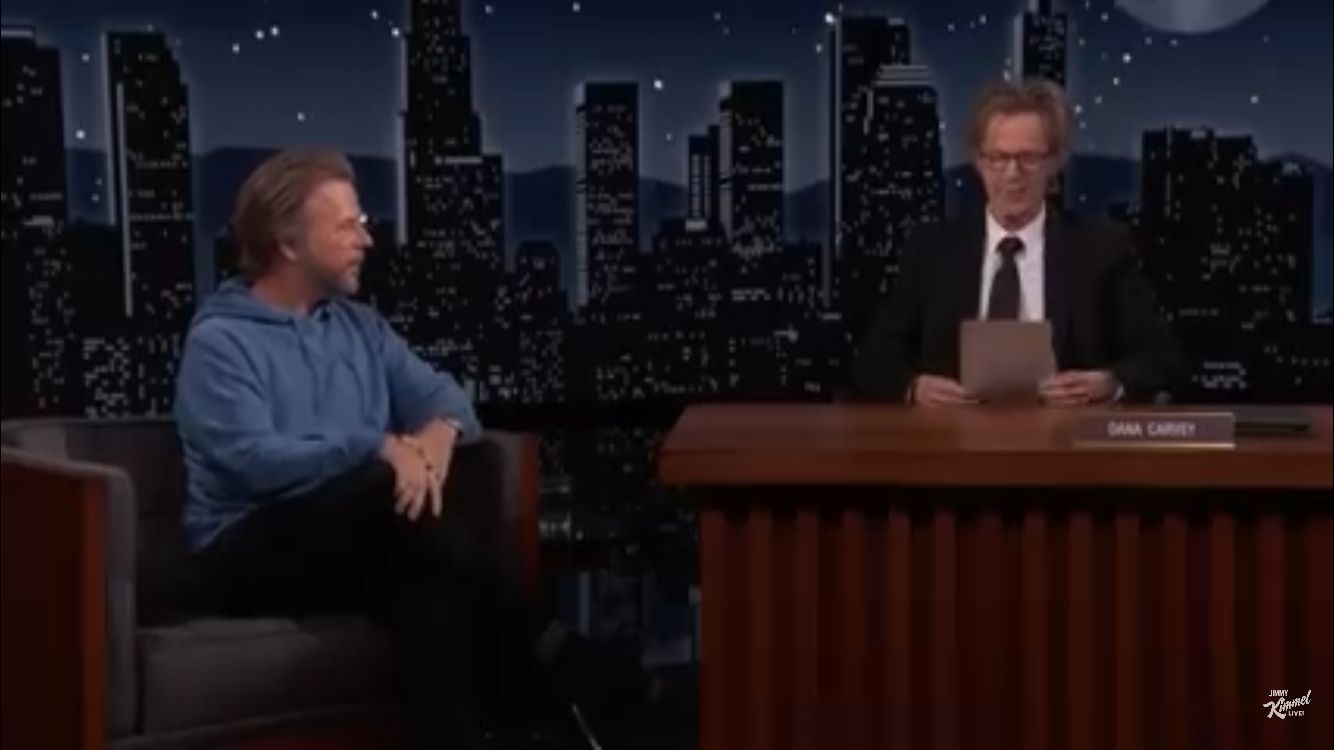 Dana Carvey introduced the “Tommy Boy” actor David Spade on Jimmy Kimmel Live! as his “podcast brother from another mother”. At one point of time during their conversation, Dana Carvey narrated David Spade’s Burger King story, which blew up all over the world. Hearing this, David recalled, “Oh ya! There was this gentleman who worked at Burger King and I was on TikTok, and I don’t think there is an age limit but my TikTok is blowing up Dana.”

David continued, “…So this gentleman works at Burger King, he’s been there 27 years and he’s never missed a day at work so he said he got a gift bag from burger king, you might have read about this and he gets a gift bag, and he goes–I got some life savers, I got a yo-yo, and I got some skittles and a ticket to a movie.”

Dana stated in shock that those were the gifts after almost 20 years of constant service! David continued the story by saying that he was very genuine and thankful for whatever he got so David thought, this guy busting his ass in this world where everyone is quitting their jobs.

He added, “You know kids these days are like, asked to quit their jobs and be their own boss, but they don’t know how to be there because people are this guy opens pickles on YouTube or something, making seven figures a year. They both cracked some jokes about YouTubers, who make millions of subscribers without any work.

What David wanted to convey was that the Burger King guy worked so hard for 27 years without missing a day so it had him a knee-jerk reaction, and he also revealed that his daughter set up a little GoFundMe campaign on the corner. It was then that David decided to give him $5000 while he was trying to make just 20 grand or something. David also said that after he left, the Burger King employee sent him a DM, and said, “Hey, this is you that gave it to me” and David replied, “No, it’s cool thanks for all the hard work and he said, “I go see if you can get a long lunch or something, and then, but he screenshotted the conversation and sent it to some website.”

That is when it got all over the internet. David truly is a humble man. David concluded by stating that the good part is that “he got around 380 grand so yea, he’s gotten far yea.” The audience couldn’t help but cheer about the news. 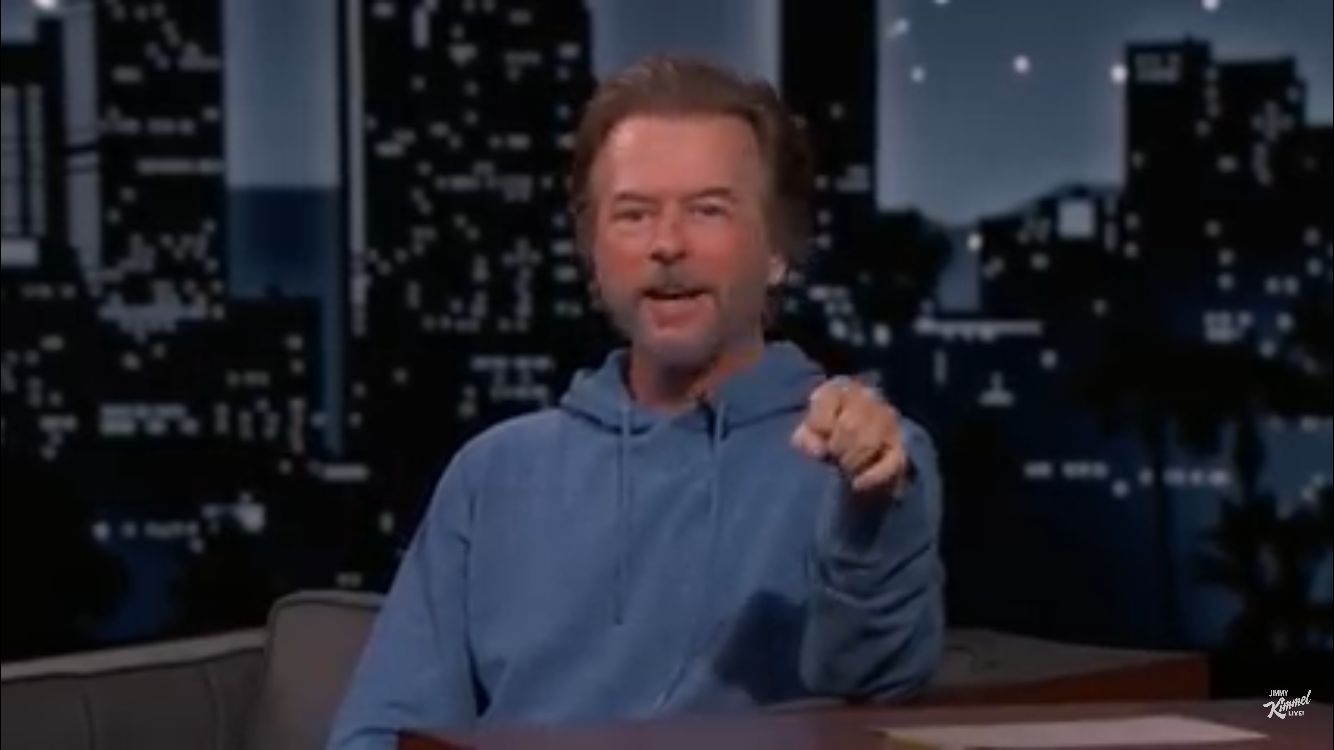 As the 57-year-old stand-up comedian appeared on the show, Dana stated, “David’s great stand-up special “Nothing Personal” is currently streaming on Netflix and every Wednesday, you can hear two of us reminisce along with our other survivors about SNL days on the podcast “Fly On The Wall”.

Dana and David, being good friends, keep pulling each other’s legs and then Dana said, “I am supposed to interview you about the podcast that I am also on.” Dana joked, “Should I interview myself, how was it–I can do a quick impression of you.” He then mimicked David and they both started laughing. Dana stated that they did a podcast and asked David, “Whose idea was that?” David replied, “I think it was mine, Dana and I are old buddies from the old SNL days and we now…” Dana added, “We go way back.” David said, “Yea, we live near each other now so we would meet up for dinner once a week and crack up.

David revealed that Dana is one of the most funniest guys just to have dinner with and “we’d have Dennis Miller or Neil and her love it’s all out old buddies, yea.” Dana added that he loves doing Dennis Miller. David conveyed that they’d always end up talking about SNL with anybody and it’s kind of a subject people know about. 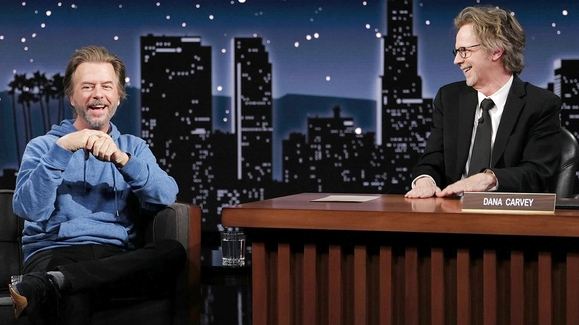 The reason why they decided to do a podcast was that “it’s sort of the only fans for comedians–so it’s like basically jury duty so David thought it’s mandatory at this point so they said, “I thought maybe SNL kind of a vibe to it and do it with the SNL legendary Dana.” So, they teamed up and so it wound up falling into place easily and it was a lot of fun.

Dana revealed that they interviewed around 50 cast members of SNL and then he joked, “we were looking for the 51st so we were looking for a MOFO for 51. David revealed, “It’ll be interesting soon–we first–Tom Hanks was the first one to say yes and–it was like cast member host–just anything with us now–we talk of the show a little bit and then we can spin out in movies whatever.”

They cracked light jokes on stars like Conan O’Brien, Bob Odenkirk, Emmie Winnie and Jimmy Fallon, who was full of enthusiasm during the interview. After Jimmy, Fellaini Mullany and John Mullany joined.

When they were done talking about “Fly On The Wall”, David asked Dana to ask him another question, and Dana joked, “have you ever been nervous to be around me?” The conversation ended with a lot of laughter and jokes. Well, that’s exactly what happens when Dana and David catch up!