A great news for all the fans who rooted for Diego in the Umbrella Academy played by David Castañeda.

Just when you thought your favourite Diego won’t be appearing on more thrilling shows, here’s an exciting update on Castañeda’s next big project. Actor David Castañeda who played Diego in the hit Netflix series The Umbrella Academy is going to be cast in Natasha Lyonne’s series “Poker Face”.

David Castañeda has been announced as the latest addition to the extended cast of the upcoming series led by Natasha Lyonne and Rian Johnson. Here’s everything in detail about the project.

David Castañeda has been added to the star studded cast for Natasha Lyonne and Rian Johnson’s series “Poker Face” releasing soon on Peacock. According to sources, Reports say that Lyonne will be leading the drama series, and will be joined by Joseph Gordon-Levitt and Stephanie Hsu. 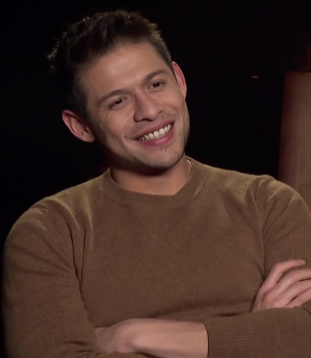 Specific plot details about the show are being kept in a tight circle, though it is known that the show shall focus on procedurals in different settings featuring Lyonne as the lead character solving murder mysteries in a number of episodes.

Poker Face: What is the show about?

Poker Series is the brain child of Natasha Lyonne as per the sources. The series’ exact plot is still under wraps but to give audiences an idea, the show will be centered around a psychological thriller with Natasha in the lead solving murder mysteries. Peacock Network gave the green light to their first scripted series, Poker Face starring Lyonne, back in March 2021. Running for 10 episodes with Lyonne executive producing alongside Johnson. Nora and Lilla Zuckerman joins the show as the showrunners along with Maya Rudolph and Danielle Renfrew Behrens as co-executive producers.

Poker Face: Do we have a release date?

As mentioned above, the series has just started its hunt for the cast and crew with little to no details on the plot. There are no official release dates from the creators but it is definitely going to launch on the platform, Peacock.

A little about David Castañeda

Castañeda has had the best year so far impressing his audiences with his role as Diego Hargreeves in one of the highly anticipated shows The Umbrella Academy, and is expected to reprise his role in the Season 3 of the series later this summer. Along with this, he has been appreciated for his role in Jane the Virgin, Switched at Birth and Southland. He is also going to star in the second season of Most Dangerous Game. His film credits include Sicario: Day of the Soldado and The Tick.

With these exciting cast members adding to the series, we can’t wait to see what magic Lyonne brings with Poker Face.