David Robert Joseph Beckham best known as David Beckham spends a day with his fur babies. We can’t take our eyes off the beautiful family photo of the actor with his beloved pets. David’s day out with his dogs

Former Football player shared an adorable photo on Instagram with his balls of fur. The shot looks beautiful in all aspects. Once in a while, he makes it a point to post a few snaps with his wife Victoria and their dogs.”🐶🐶🐶 special moments ❤️”, he captioned the post.

In the photos shared by Beckham, we can see three cocker spaniels Olive, Sage, and Fig. The picture is just perfect with a gorgeous lake in front of them. David must be out in nature with his hunting dogs just admiring its beauty.

How many kids does David have?

Their eldest one Brooklyn is a model and photographer by profession, he just turned 23 earlier this month. The duo’s second-born Romeo is 19 years old and is following the footsteps of his father David, he plays as a forward for MLS Next Pro club Inter Miami II. 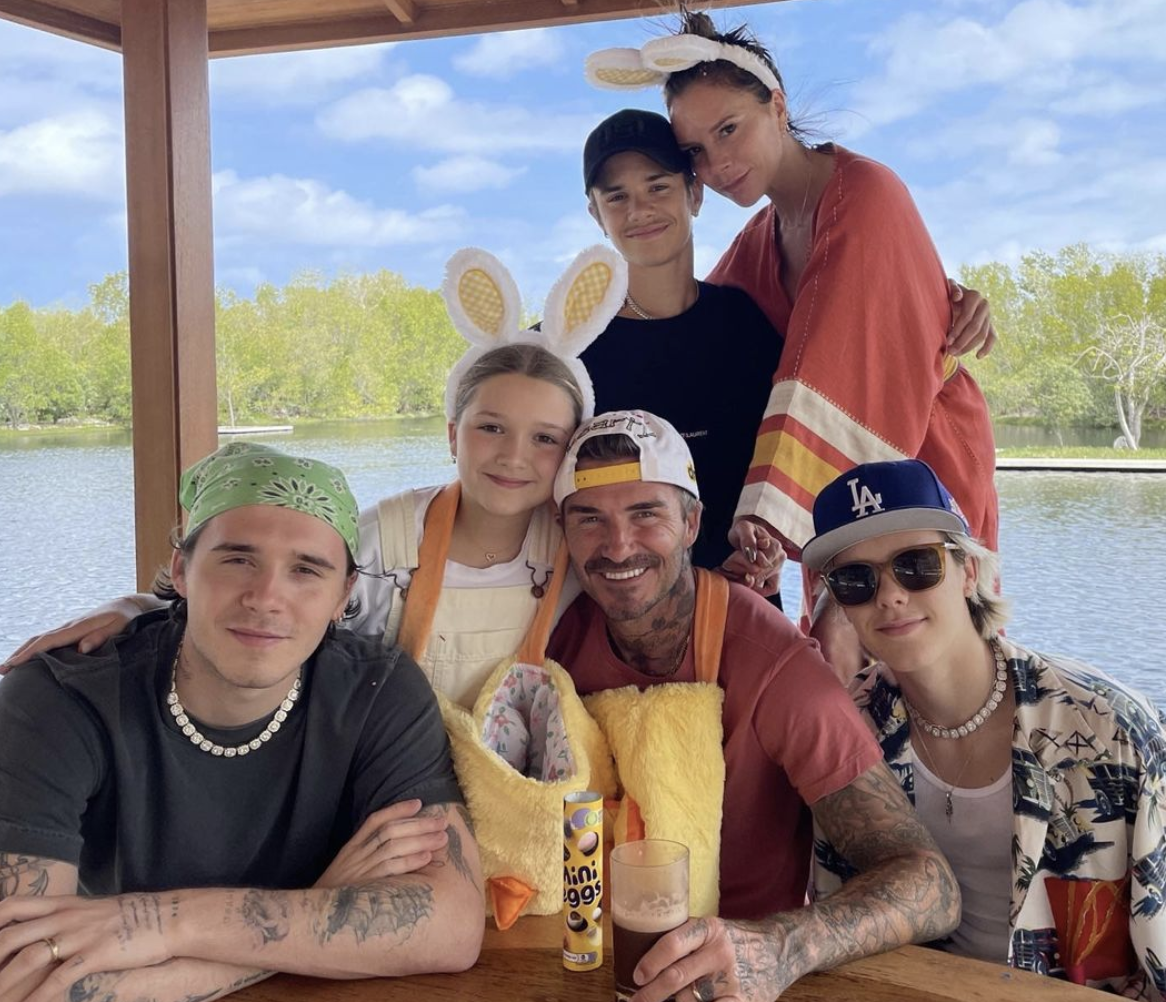 The duo’s third son Cruz is 17 years old and is quite inclined towards music. He keeps sharing clips of music on his official Instagram page. We can say he is a star in the making. Not long ago, he did an amazing shoot with a magazine. His photos set the screen on fire.

David and Victoria’s only daughter Harper is just 10 years old. During an interaction with the media, David stated why the pair named their daughter Harper Seven. He said, “[Seven] symbolizes spiritual perfection: seven wonders of the world, seven colors of the rainbow. In many cultures around the world, it’s regarded as a lucky number.”

How did David try to help Ukraine through social media?

Ukraine and its people have been going through a lot since the time Russia decided to attack them. Today it’s been a month, Ukrainians have fought and are still battling to save their lives and their homeland.

Not long ago, the 46-year-old handed over his Instagram account to a Ukrainian doctor named Iryna who at the time was working in the city of Kharkiv.  During the time, his account was being handled by Iryna, we saw many videos and photos of Iryna who is a medical professional in Ukraine.

Ukrainian President Volodymyr Zelenskyy has made several attempts to resolve the issue between Ukraine and Vladimir Putin’s Russia with the help of peace talks but till now he has failed to achieve his goal.

We all must try to help the country of Ukraine as it is a difficult time for them. Don’t forget to stay tuned with us for more updates.