Dancing with the Stars fame, Brandon Armstrong got married to his fiancée Brylee Ivers in a romantic outdoor ceremony in Utah on Saturday. The wedding ceremony was attended by about 125 of the couple’s closest friends and family. 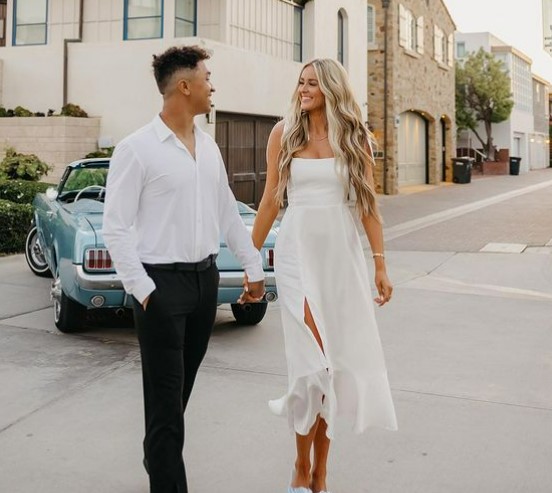 The two participated in a religious ceremony earlier in the day and exchanged their own vows at Siempre, a modern venue tucked away in the mountains of Draper, Utah. Read on to know more details about the wedding.

During the ceremony, Ivers walked down the aisle to Elvis Presley’s song Can’t Help Falling In Love. Armstrong was accompanied by 18 groomsmen and bridesmaids on each side. The aisle was covered with greenery and white roses on each side, designed by Artisan Bloom.

The ceremony was planned by Fuse Weddings and Events by Mara Mazdzer. Following the vows, the couple enjoyed dinner with their guests. They also shared their first dance to Daniel Caesar and H.E.R.’s hit Best Part. 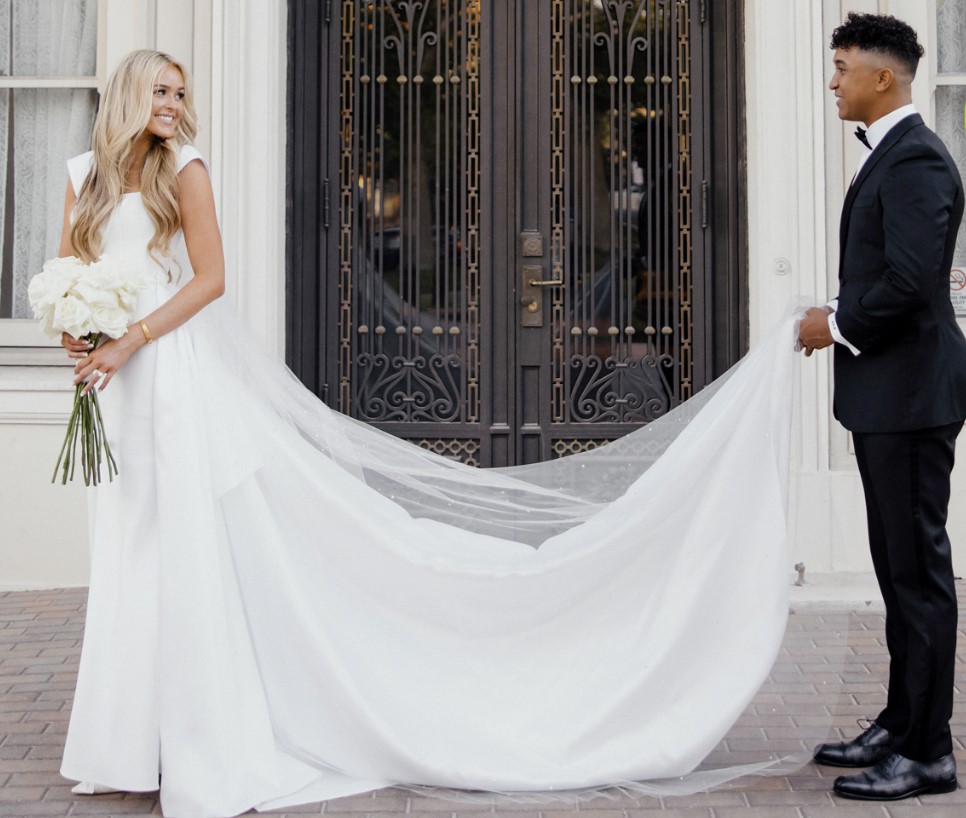 The wedding was followed by a grand celebration, which was attended by about 500 guests. Armstrong’s Dancing with the Stars co-stars Lindsay Arnold, Witney Carson, Jenna Johnson and Emma Slater also attended the reception.

The couple cut and enjoyed an almond-flavored, five-tier wedding cake made by Alessandra during the reception. The two will now head to their honeymoon in the Dominican Republic.

Brandon and Brylee went for First Look before their Wedding Day

The couple decided to go with the non-traditional route and opted for a First Look ahead of their wedding. Talking about how he felt seeing his fiancée in the wedding gown, Brandon said, “I’m not a crier. I knew she was obviously gonna choose a dress that was going to be beautiful.” 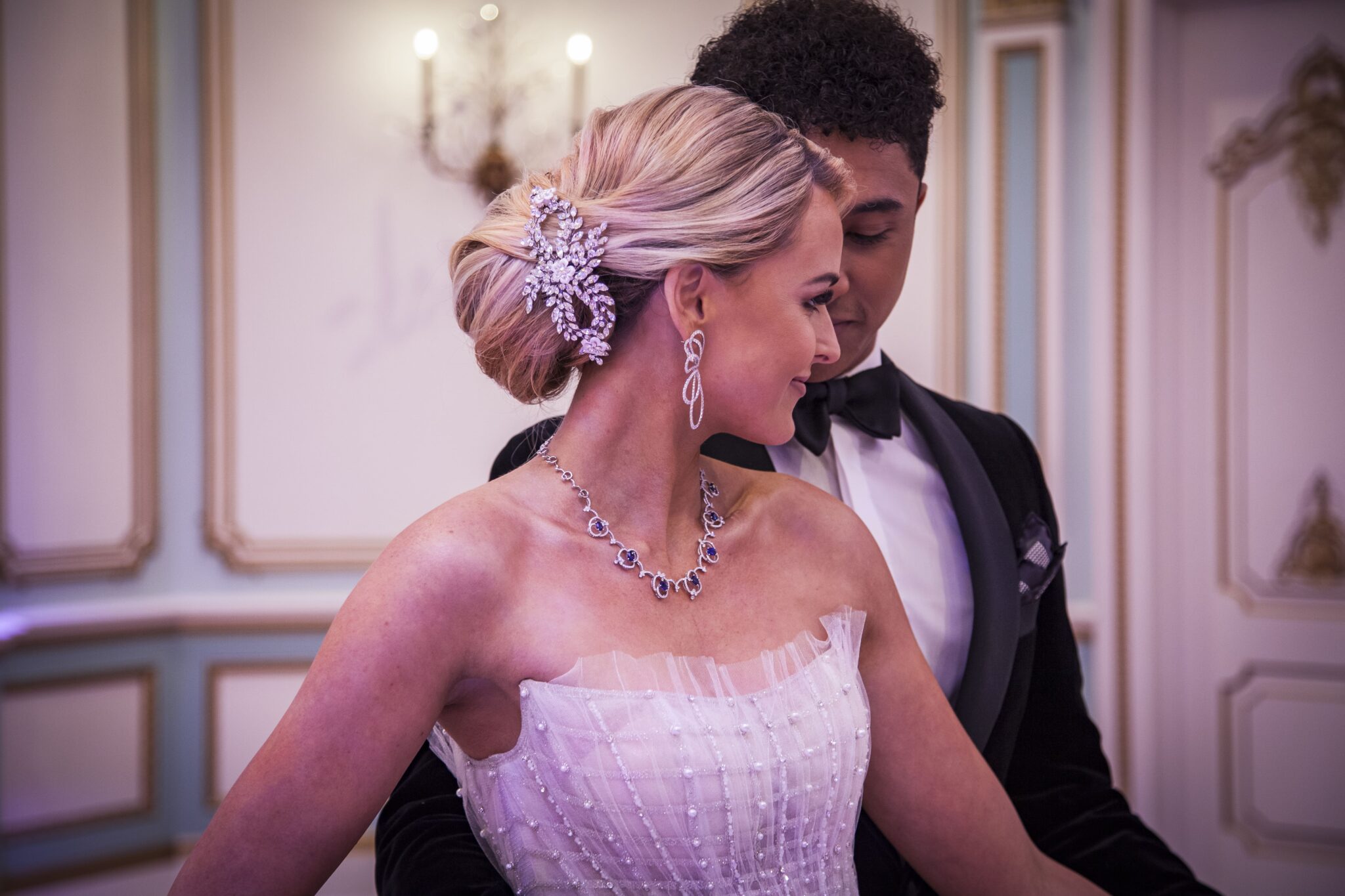 “And I didn’t have any really defining or super important feelings about what I wanted the dress to look like. I was just happy that it was something that was beautiful and that she felt confident in. Everything was so, so good!” he continued.

He also revealed how they decided on the venue for the ceremony and said, “Because so many people get married in Utah so young, we wanted something that was a little bit different than the traditional church, chapel wedding.”

The Couple Got Engaged in March this Year

Brandon proposed to Brylee in March this year, and she obviously said yes. The two started dating early last year after meeting through Instagram. Armstrong had opened up about how the two fell for each other and said, “I was going on a few dates and they were all lame. They were terrible.” 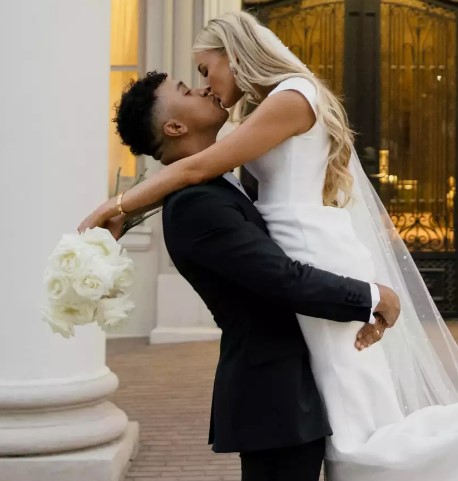 “I downloaded an app that’s similar to Tinder but for our Church to be funny. I was scrolling through and saw her but I was too embarrassed to message her. So, I DM’ed her on Instagram instead and she ghosted me,” he added.

“I was trying to be cool,” admitted Brylee, who is a social media manager. After talking to each other for a month on the social media platform, the two went on their first date at The Cheesecake Factory, and the rest, as they say, is history.

Congratulations to the couple as they start the new chapter of their lives together. Stay tuned for more news and updates.